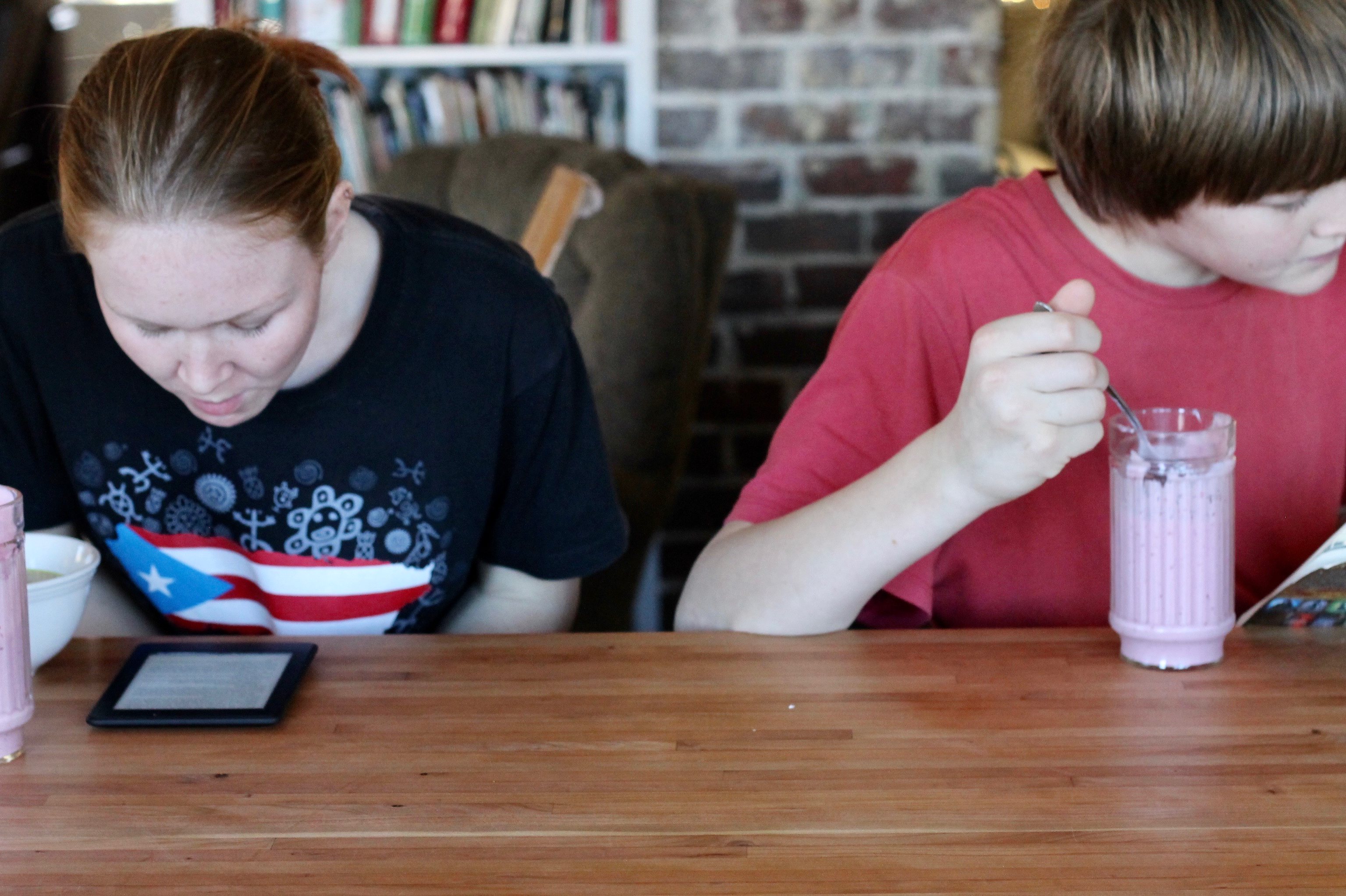 *The Wife, by Alafair Barke. A page-turner with a little too-much legalese and a surprising twist at the end.

*Homegoing, by Yaa Gyasi. Absolutely fantastic! A great book to read prior to going to the National Museum of African American Art and Culture. (I had my older daughter read it, too.)

*Salt, Fat, Acid, Heat: Mastering the Art of Good Cooking, by Samin Nosrat. Samin is awesome!!! I totally have a girlcrush on her. Also, buy the book. It’s entirely, wonderfully, practical. (If you haven’t seen her Netflix show, DO.)

*Trouble I’ve Seen: Changing the Way the Church Views Racism, by Drew Hart. A bit tedious, but some helpful anecdotes and insights.

*The Diary of a Young Girl, by Anne Frank. More depressing than I’d remembered.

*The Diary of Anne Frank: the play, by Francis Goodrich and Albert Hackett. Being Mrs. Frank was more fun than I thought it’d be.

*It Happens Every Day: An All Too-True Story and A Year and Six Seconds: A Love Story, both by Isabel Gillies. Stellar. I read them both in a rush.

*Just Mercy: a Story of Justice and Redemption, by Bryan Stevenson. Intense, painful, eye-opening. Made me want to do something, like become a lawyer or something equally improbable.

*The Female Persuasion, by Meg Wolitzer. A pleasant read.

*Girls Burn Brighter, by Shobha Rao. Well-written, but disturbing and not very satisfying. I had to force myself to get through it.

*Girl in Translation, by Jean Kwok. An easy, enjoyable read.

*Deathtrap: A Thriller in Two Acts, by Ira Levin. Fast and fun. (I read it because I was thinking of auditioning for the play, but then I didn’t.)

*Lunch in Paris: A Love Story, with Recipes, by Elizabeth Bard. Good writing with a so-so story. I didn’t feel like I gained new insights, and the recipes didn’t tempt.

*Disgrace, by J.M. Coetzee. A tightly-woven and well-told story that touches on a staggering number of complicated issues.

*Where We Come From, by Oscar Casares. About the current immigration situation: a close-up, compassionate look at one small piece of the story.

*Three Women, by Lisa Taddeo. This is a book that begs to be discussed: if you have a book club, put it on the list.

*I Feel Bad About My Neck: And Other Thoughts on Being a Woman, by Nora Ephron. Easy and entertaining. I like her writing style — it loosens me.

*White Walls: A Memoir About Motherhood, Daughterhood, and the Mess In Between, by Judy Batalion. Excellent book (that did drag on a wee bit too long) with great writing that made me feel inferior about my own.

*I Remember Nothing: and Other Reflections, by Norah Ephron. Fun.

*Consent: A Memoir of Unwanted Attention, by Donna Freitas. Too long and wordy — would’ve appreciated more of a story — but eye-opening.

*Olive, Again, by Elizabeth Strout. Perfect and wonderful and lovely. I’m an Olive fan (though I don’t really like her).

*Alone in the Kitchen with an Eggplant: Confessions of Cooking for One and Dining Alone, edited and compiled by Jenni Ferrari-Adler. An enjoyable, behind-the-scenes look at what food writers eat when they’re alone. Made me happy.

*A Life of My Own, by Claire Tomalin. A fascinating life told tediously.

*The Girl With Seven Names, by Hyeonseo Lee. I learned loads about North Korea.

*I’m Lying But I’m Telling the Truth, by Bassey Ikpi. Excellent, up-close look at mental illness (though I did get a little lost at the end….) 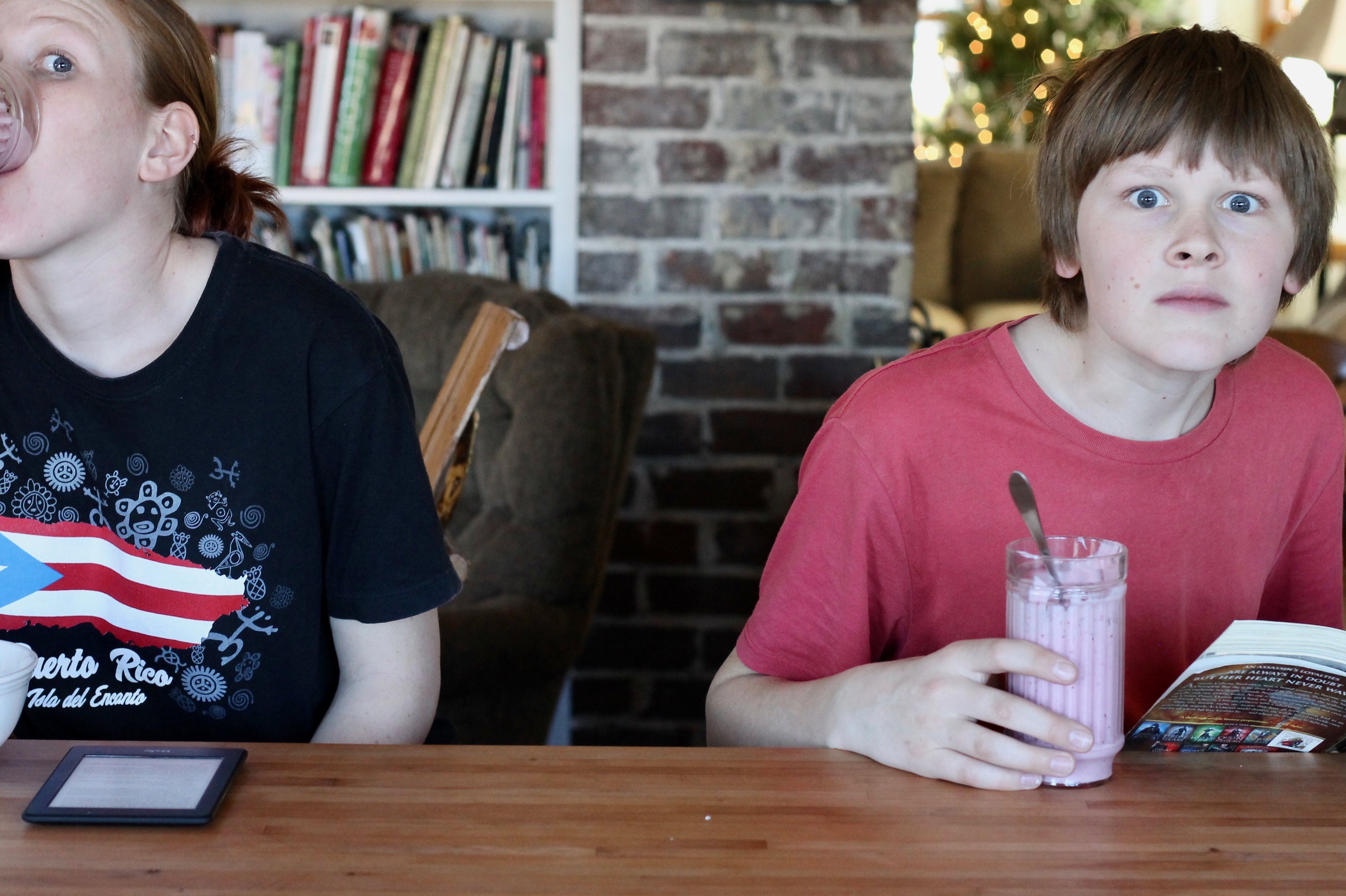 Right now I’m hurrying to finish The Hungry Ocean since it’s way overdue. Next up: Permanent Record, The Dutch House, and Nothing To See Here.

What have you been reading? 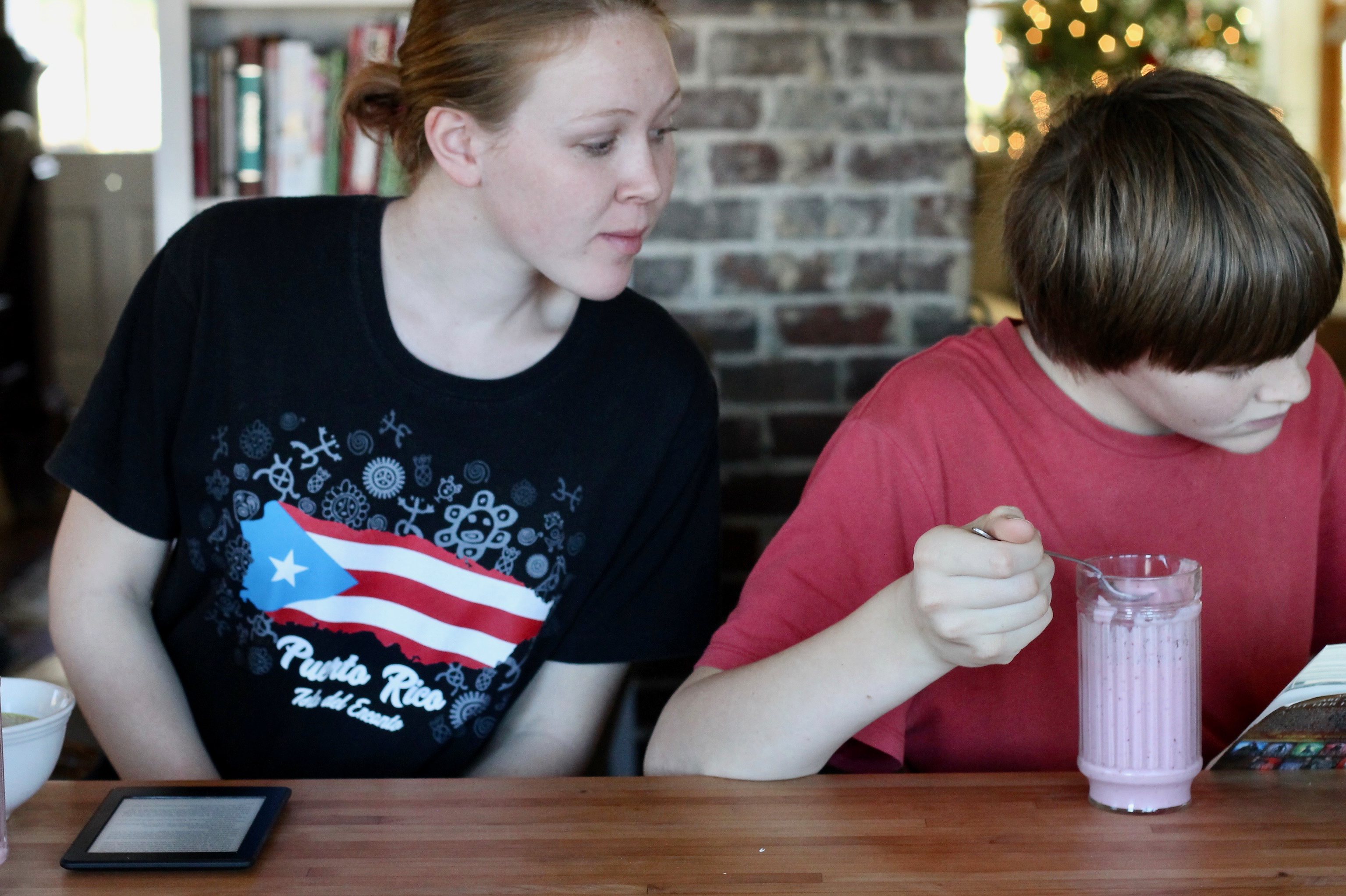 Got anything good to recommend? 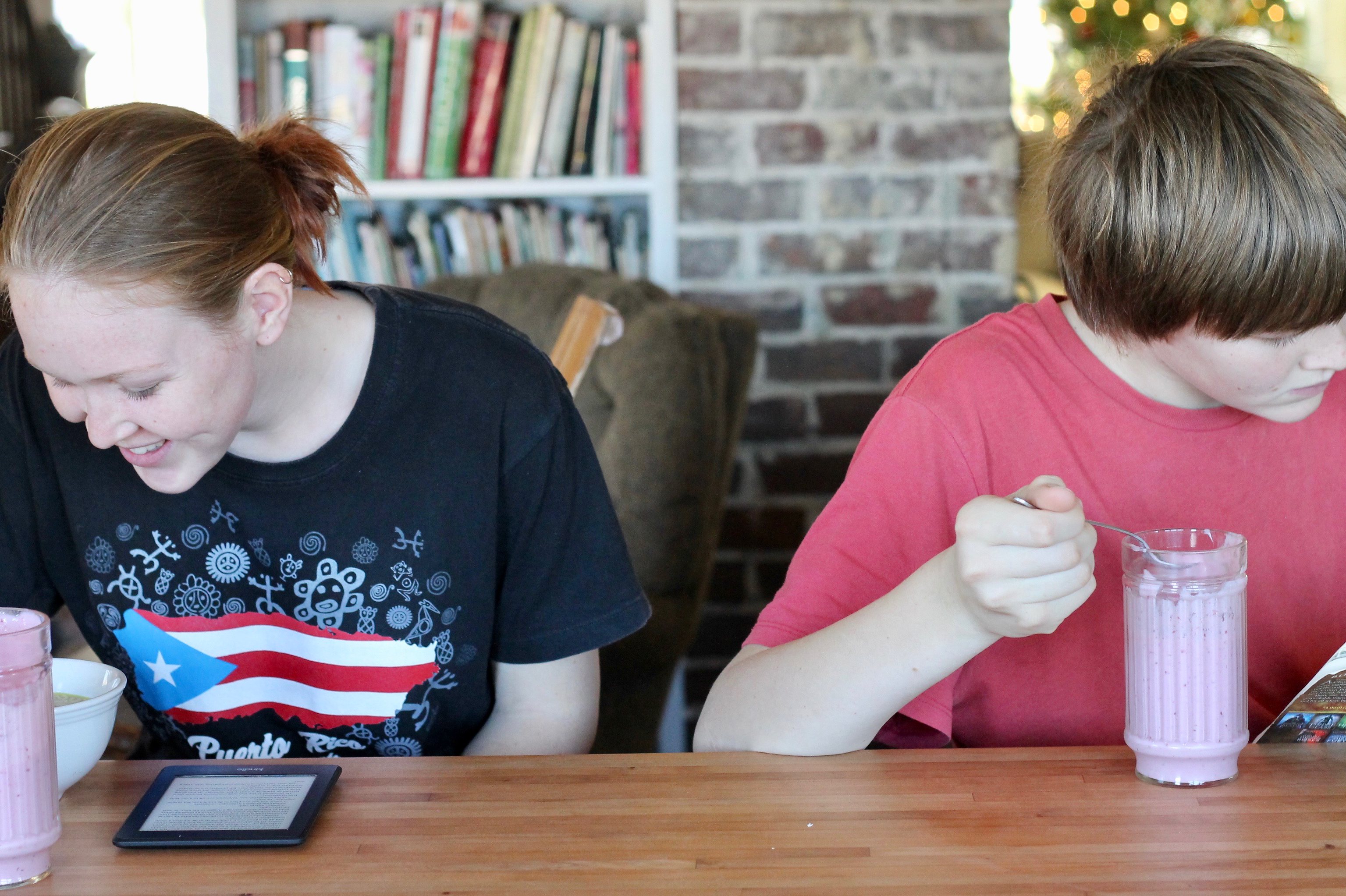 Her: Conspiracy, for the third or fourth or fifth time
Him: Crown of Midnight, for the second or third time

P.S. I’m in dire need of good read-alouds to share with my younger son (almost 14). Preferably, I’d like to skip the war-and-disaster-and-sex books in favor of well-written comedy and/or the meaningful ordinary, books like Anne of Green Gables or Harris and Me or Holes or Where the Lilies Bloom or Counting by 7s. Both old-time classics and new gems welcome, please and thank you! xo