I’m getting sick. My neck is tight and my eyes, when I look in the mirror, have that other-worldly, I-am-doomed sparkle.

I still went writing this morning, though. Ate my raisin cookie and drank my two-dollar coffee and rearranged words and thought real hard for a few hours, but back home, I’m clearly on the way down. Even with Ibuprofen, I’m flushed and achy. I finished reading one book and started another, and then it occured to me that if I wanted to write a blog post before I hit the do-nothing, pure-misery stage, I better get busy.

So quick. Before I succumb entirely, I must tell you about lemons. 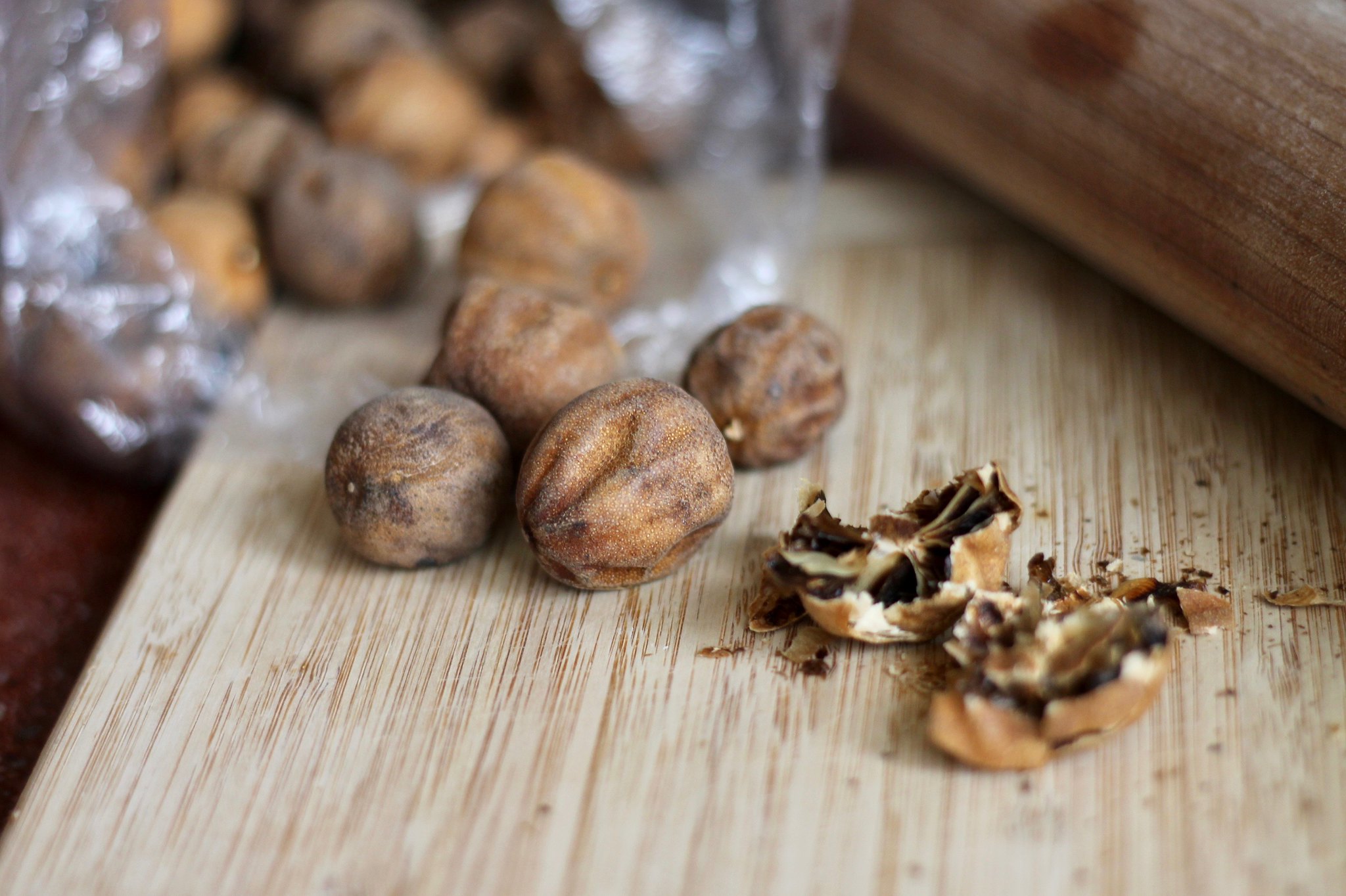 On the way home from writing, after picking up my younger son from his friend’s house and stopping by first the bank and then the grocery store (for orange juice and cough drops, among other things) before heading out of town, I remembered a store that my sister-in-law had recently told me about. A Lebanese store, right on our end of town, that sold naan and hummus and such. So even though I was faint with hunger, I doubled back into town.

They didn’t have fresh naan — just the frozen stuff — but they did have big, flat cracker-ish rounds that would go well with our supper of lentils and rice (that I’m now probably not well enough to make). And, just so we’d know what they had, my son and I walked the short aisles, pausing to admire the packages of compressed dates, the tins of loose-leaf tea, the ground bulger and pasta, the bins of fava beans and sunflower seeds.

It was towards the back of the store that I discovered a bag of hard, brown, mysterious round balls.

“What are these?” I asked the shopkeeper.

“Dried lemons,” she said. “For soups and sauces, or tea. Just crack them open and simmer in water. They’re good for the digestion, too.” 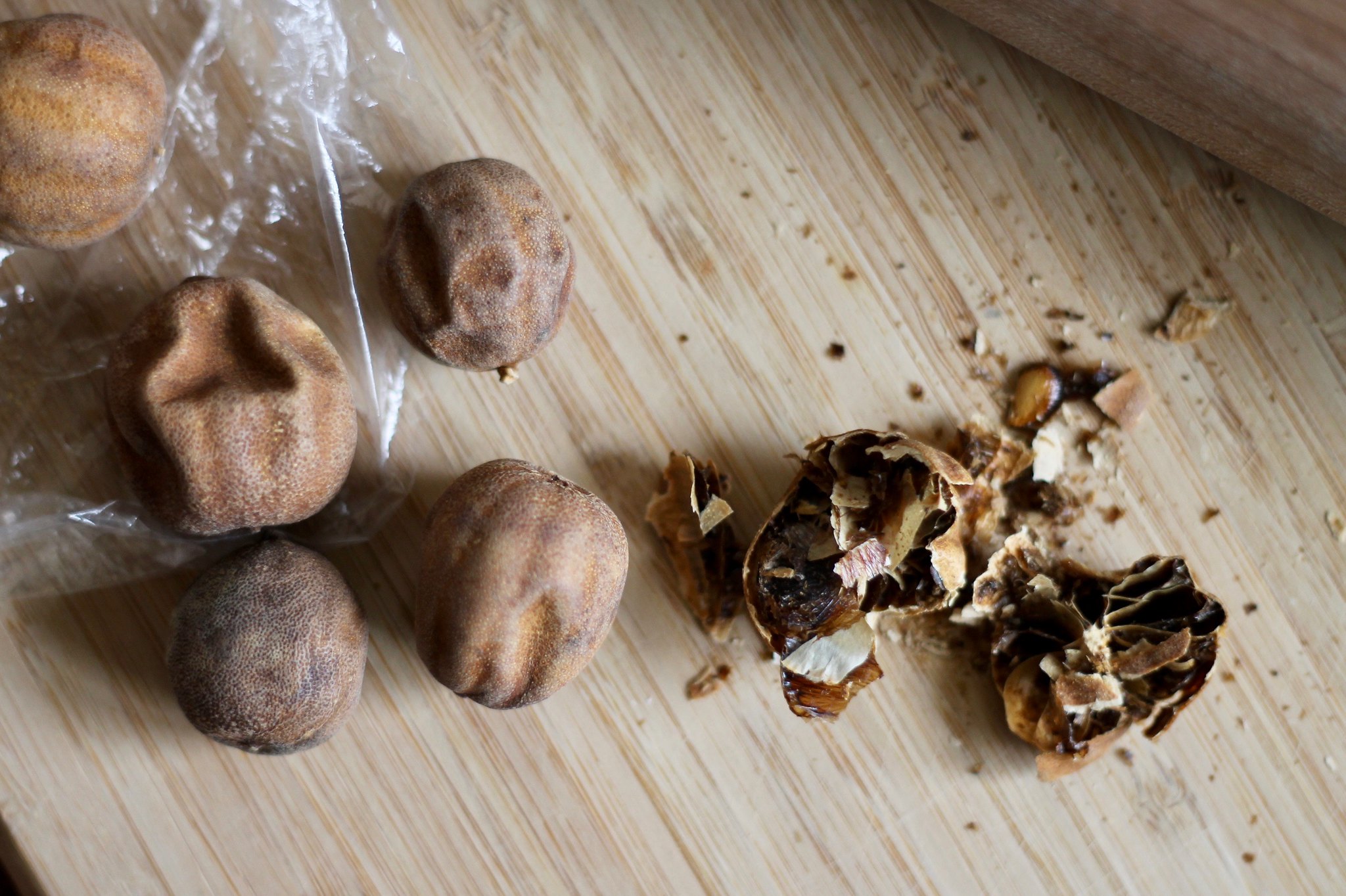 Now it’s not even mid-afternoon, and I’ve already made the tea twice. The dried lemons are hard to open, but I discovered that one brisk whack with my heavy rolling pin does the trick. I simmer the lemon in water, then add a bag of chamomile for oomph, let the two steep together for a few minutes, and then strain, stir in some sugar, and drink. 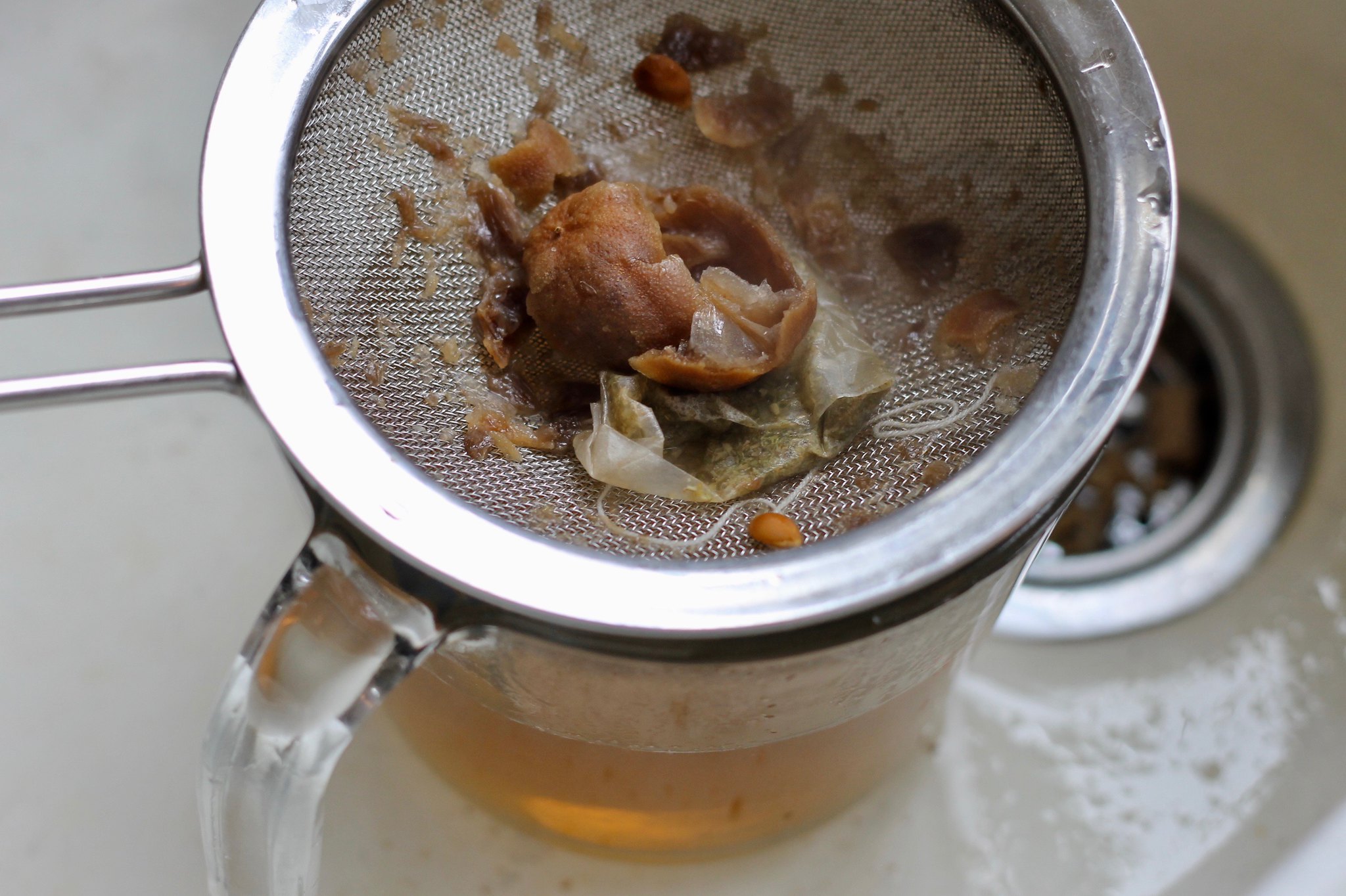 It’s delicious, exactly the sort of beverage one craves when falling ill. 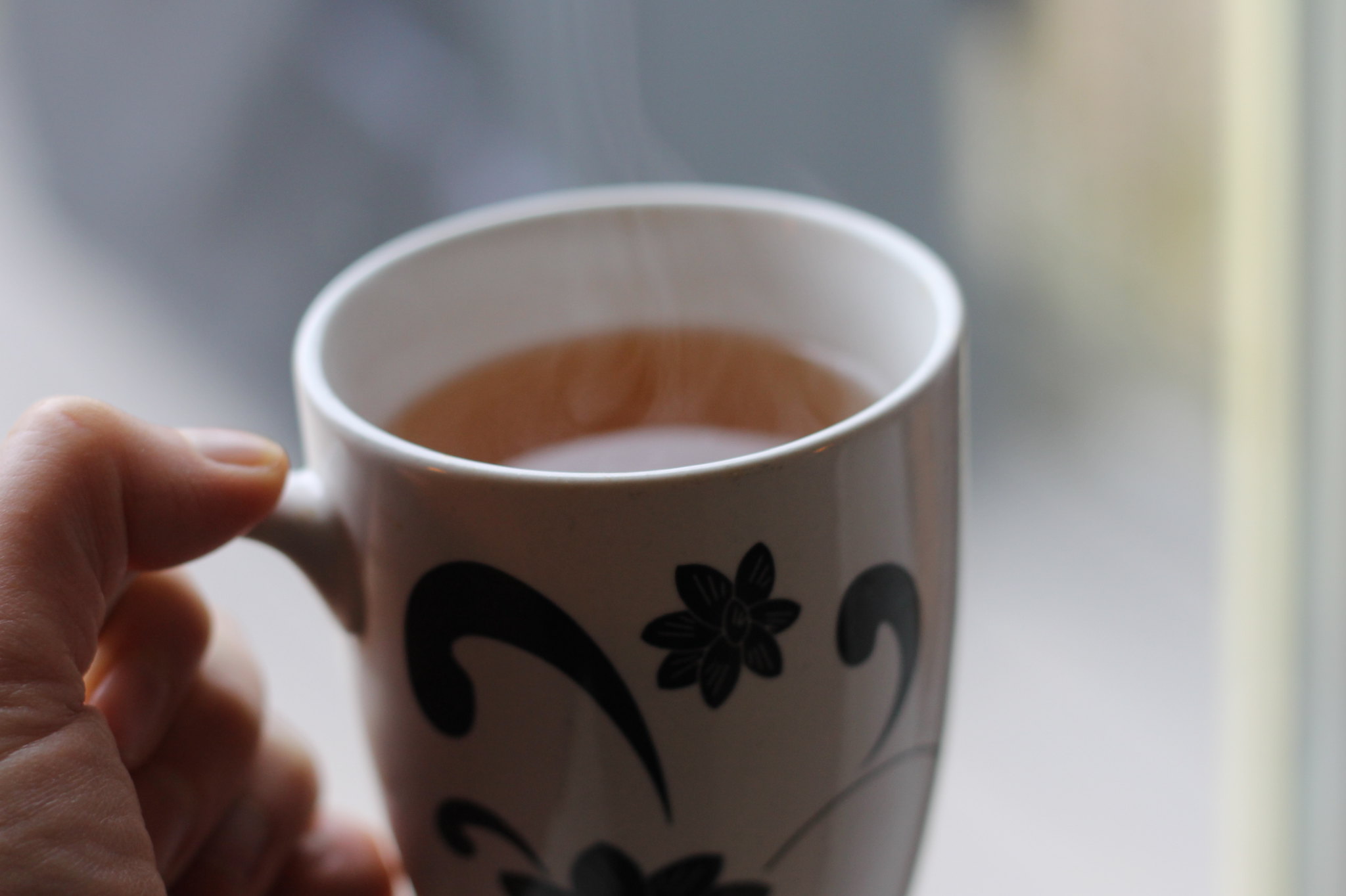 You can order dried lemons here, but I strongly suggest you track down your local Middle Eastern grocer — you know, to build community. Plus, it’s loads more fun.

For more information on dried lemons (or limes? I’m still struggling to understand the difference), read this or this.

Crack open the dried lemon(s) and combine with the water in a saucepan. Bring to a boil and reduce heat to a simmer. After 5 minutes, add the tea bag, if using. Turn off the heat and steep for another five minutes. Strain the tea, discarding the bag and lemons. Sugar to taste.