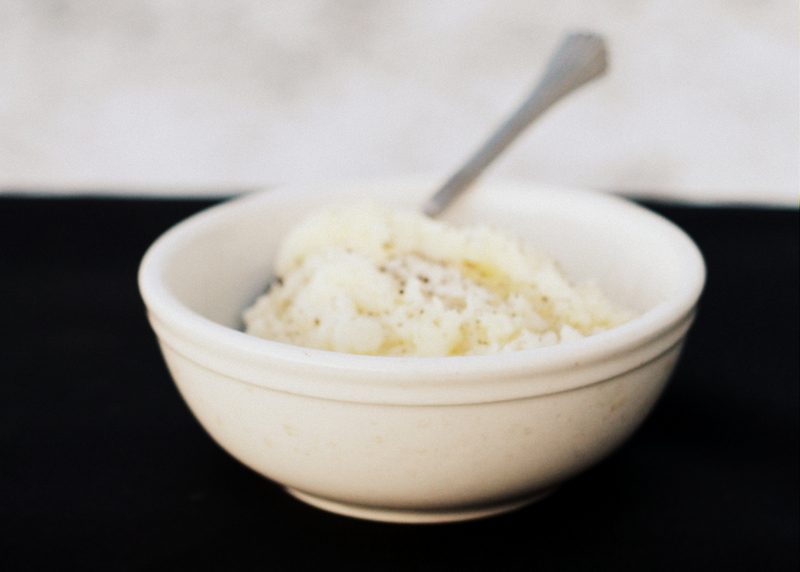 My method for making mashed potatoes is so basic that I’ve never bothered with a recipe. I make them like my mom taught me: boiled, peeled potatoes whipped into creamy nirvana with a hand-held mixer (though ever since my mixer died I’ve been using either a ricer or a hand-held masher thingy) and then doused with hot milk, a generous blob of melted butter, and plenty of salt.

But then I read in Bon Appetit (yes, while at my children’s allergy appointment — where do YOU do your Bon Appetit reading?) about the formula for perfect mashed potatoes: four pounds potatoes, two cups milk/cream, and two sticks butter. Which made me shake my head in disbelief: Two sticks of butter? That was insane!

But then Ree posted a video of her favorite mashed potatoes — four pounds of potatoes, two sticks of butter (plus more for garnish), ½ cup each of heavy cream and half-and-half, and a half pound of cream cheese — and I threw up my hands in surrender. Alright already! I’LL TRY IT.

I made the ludicrous mashed potatoes — for that is what I’ve taken to calling them — for our Thanksgiving Leftover Remix, bravely plopping the two sticks of butter and the block of cream cheese into the mashed potatoes and then baptizing the whole sinful mess with cream (though I used less than Ree did, self-righteous sniff). Despite all the chilly add-ins, the potatoes were surprisingly warm, but I transferred them into a baking pan and put them in a hot oven for about 15 minutes anyway, just to make sure they were good and hot.

And the potatoes were utterly delicious. The cream cheese added a rich tang that everyone noticed but couldn’t identify — in other words, while the potatoes were satisfying on their own, they weren’t detractors from the rest of the meal — and everyone raved.

And you know, in retrospect the whole butter/fat thing doesn’t seem that horrible. We ate less than half of the potatoes for dinner, and then the leftovers lasted another couple meals. When I consider how much butter we go through — at least a stick — when I serve baked potatoes, or all the fat I use to fry up hash browns, the fat-to-potato ratio seems downright reasonable. 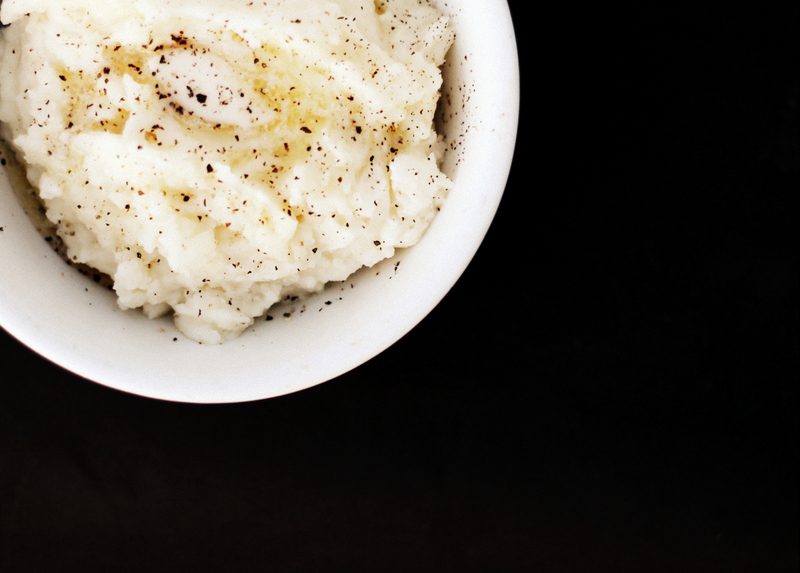 But when I explained my rational for pimping out my mashed potatoes to my mom, she didn’t buy it. “Everything can’t be rich, Jennifer,” she scolded. “You need some plain foods to counterbalance all the other food.”

Well, sure, Mom. I’m all for ordinary, day-in-and-day-out beans and rice, granola, and green smoothies, but since when did we decide it was acceptable to serve baked potatoes with butter (and cheese and sour cream) but that mashed potatoes — their beaten and abused counterparts — must remain straightlaced and austere? It seems a bit arbitrary to me. Or maybe discriminatory.

But I don’t know: Maybe Mom is right and we’d all be happier, healthier eaters if we mashed our potatoes with watery, two-percent milk and a moderate blob of butter? Maybe piling on all the dairy products is entirely uncalled for?

But holding mashed potatoes back from realizing their full-potential hardly seems fair. And they taste so good! Besides, you’ll probably end up eating less in the long-run: with all the butter and cream cheese, they’re more satisfying and filling (each bite is deeply, purely, wholly mashed potato, not the shadow of a mashed potato longed for), so there’s less temptation to pig out.

So tell me, who do you agree with: the puritanical mother or her mashed potato floozie of a daughter? 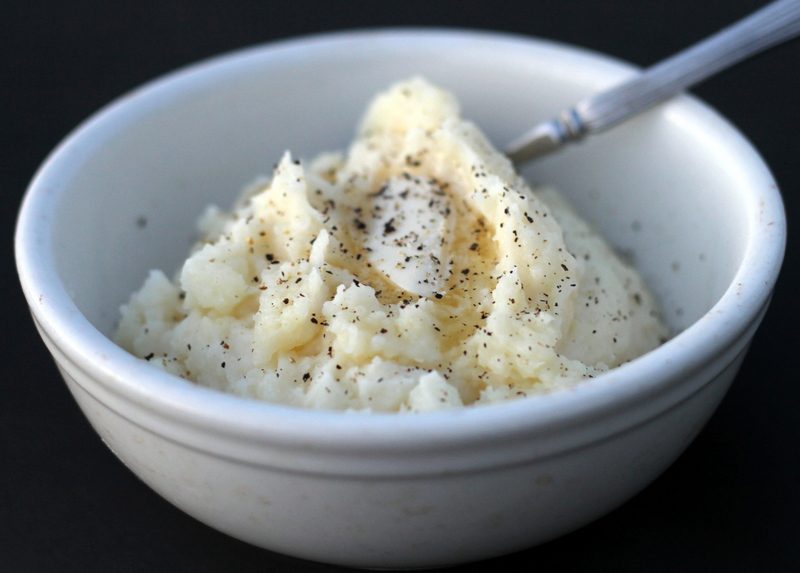 Ludicrous Mashed Potatoes
Adapted from the November 2017 issue of Bon Appetit and The Pioneer Woman.

Cover the potatoes with water and boil. Reduce the heat slightly and cook until fork tender. Drain well. Return to the cooking kettle and immediately mash with a handheld masher to release the steam.

Add two sticks of butter, the cream cheese, the heavy cream, the half-and-half, and the salt. Continue mashing until all the ingredients are combines and the potatoes are creamy. Season to taste.

Pour the potatoes into a greased 9 x 13 pan. If desired, dot with chunks of butter. (At this point the potatoes can be covered and refrigerated until later.) Bake at 350 degrees for 20-30 minutes until the potatoes are heated through and bubbling around the edges.