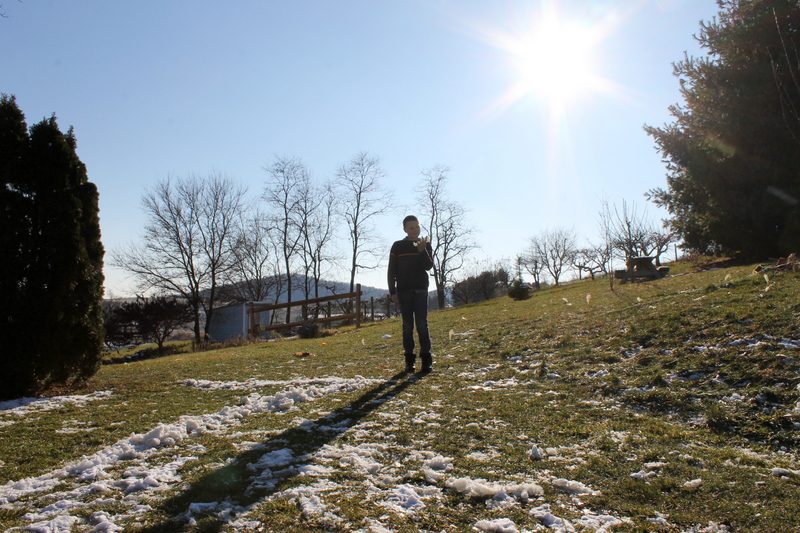 Several of the kids in the neighborhood decided to put on a play, so, off and on, for the last couple weeks, my son has been biking over to his cousins’ house to rehearse. Yesterday was the performance: The Railway Children, in two acts. Parents, grandparents, and siblings gathered in my brother’s house midafternoon. The yard was the stage, and the driveway the auditorium. 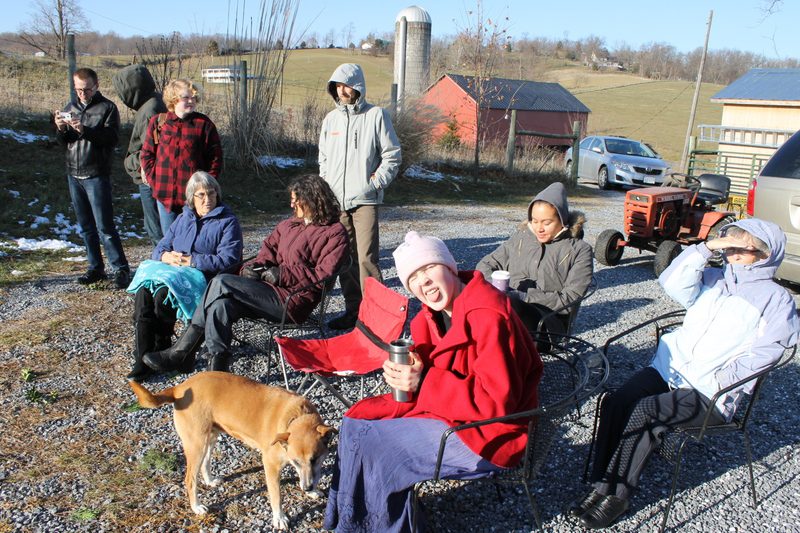 The first act lasted about five minutes (though it took a little longer because one actor didn’t perform according to plan which led to another actor’s meltdown and then a hushed, parent-assisted mediation behind the bushy evergreen marking the edge of stage right). There was a train wreck (for the train, my brother roared in on his little yard tractor), an avalanche (cardboard and tree branches tied together and then drug across the stage yard with a rope), and even an injured child. Such excitement! 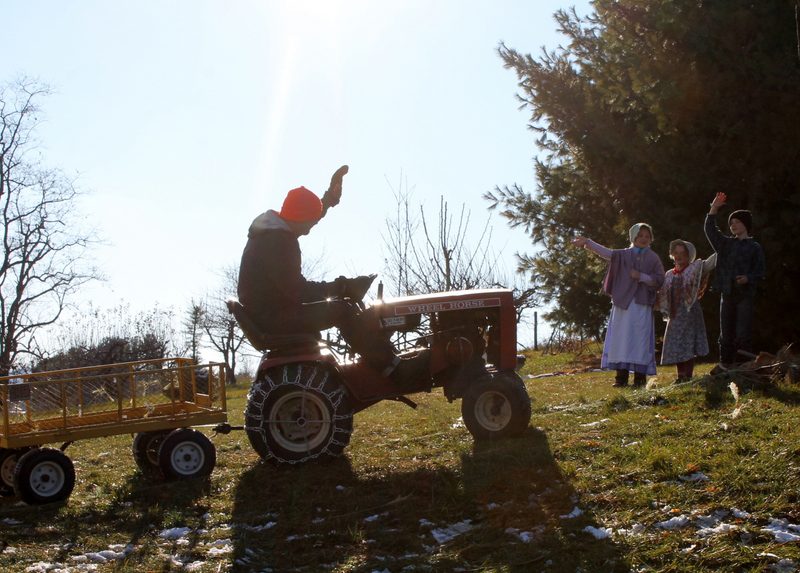 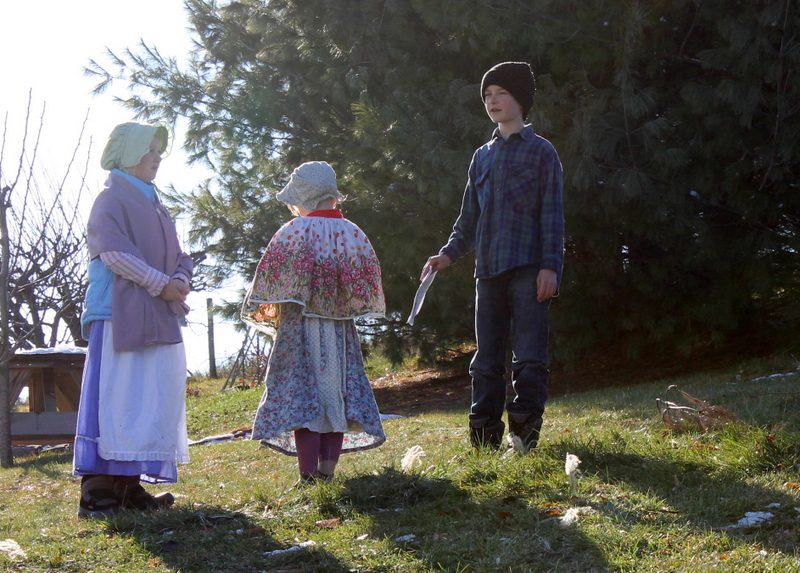 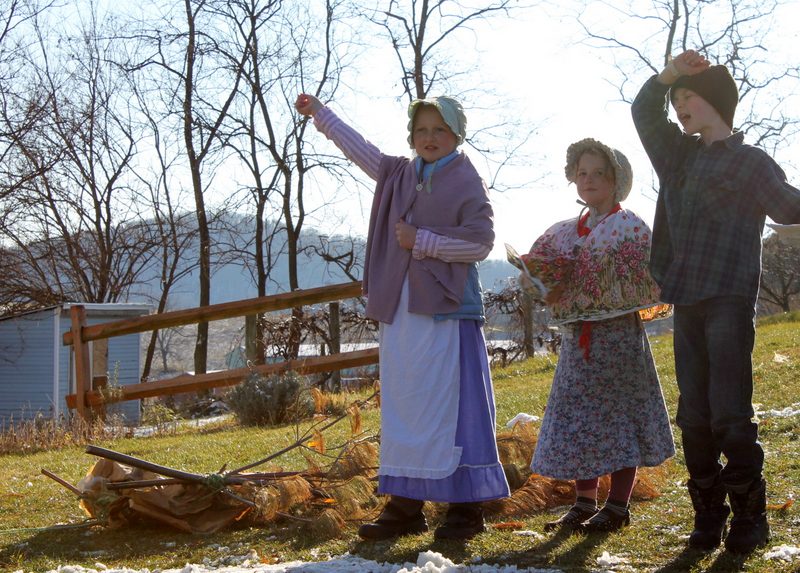 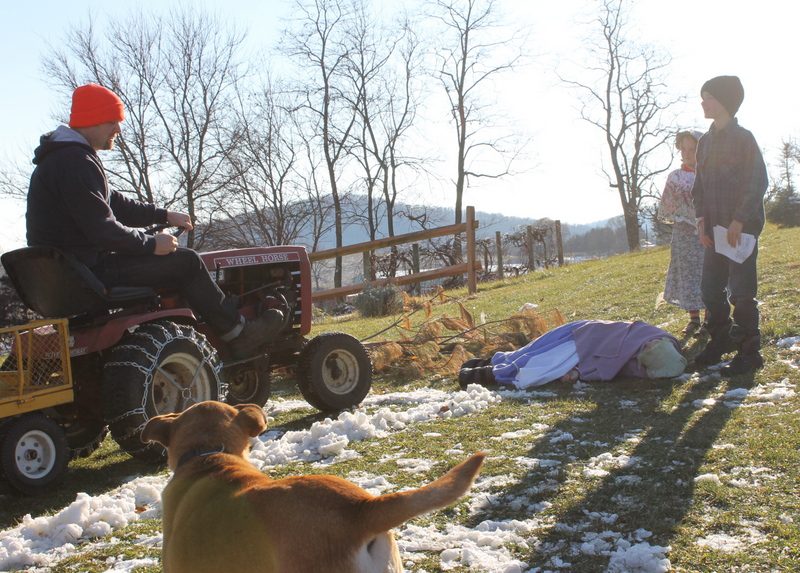 Intermission was twice as long as the first act. While the children changed costumes and set, the adults shivered, visited, and drank the tea that was set out on a little table at the side of the auditorium, all the while imploring the children to hurry, please.

The second act involved less action and more dialogue (no reading from scripts for this play), as well as honest-to-goodness stage business (sewing while talking!). 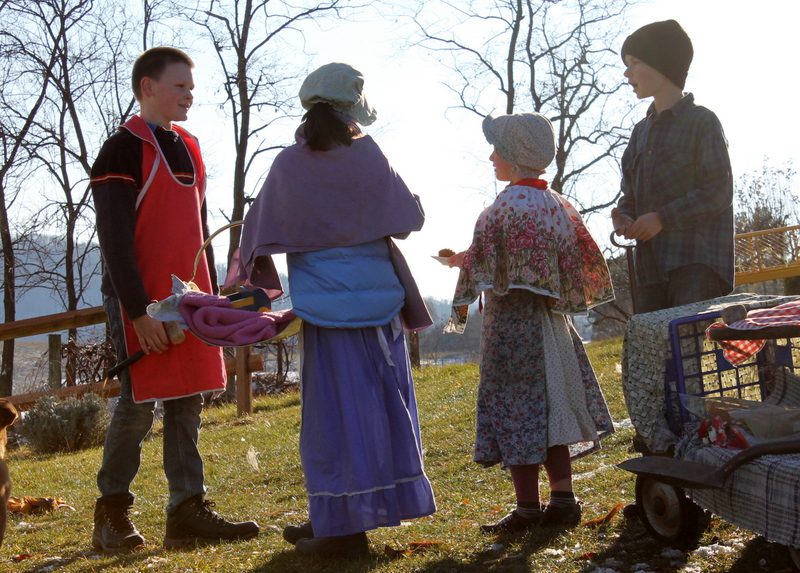 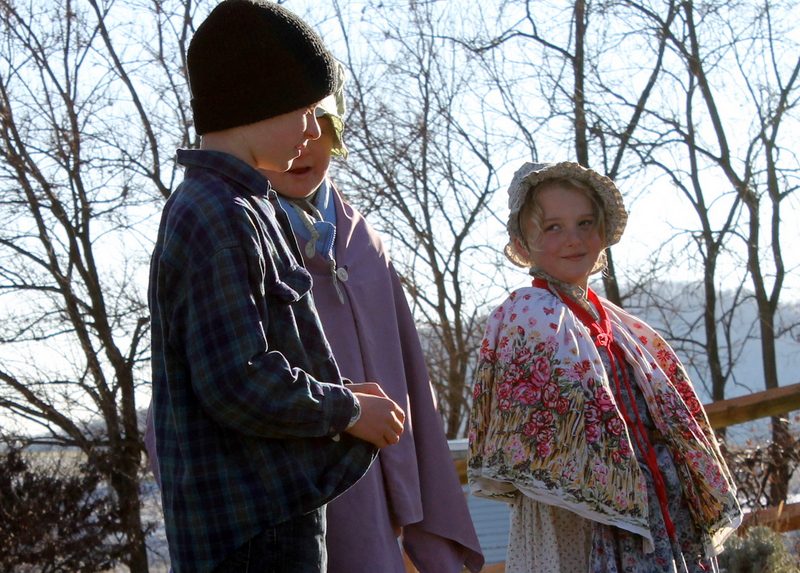 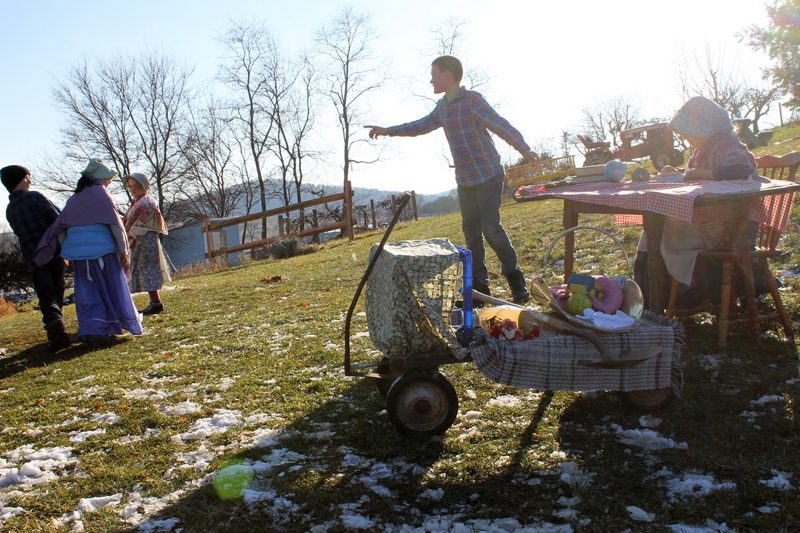 The children finished the production with a big bow and a loudly chorused “We wish you a merry Merry Christmas!” 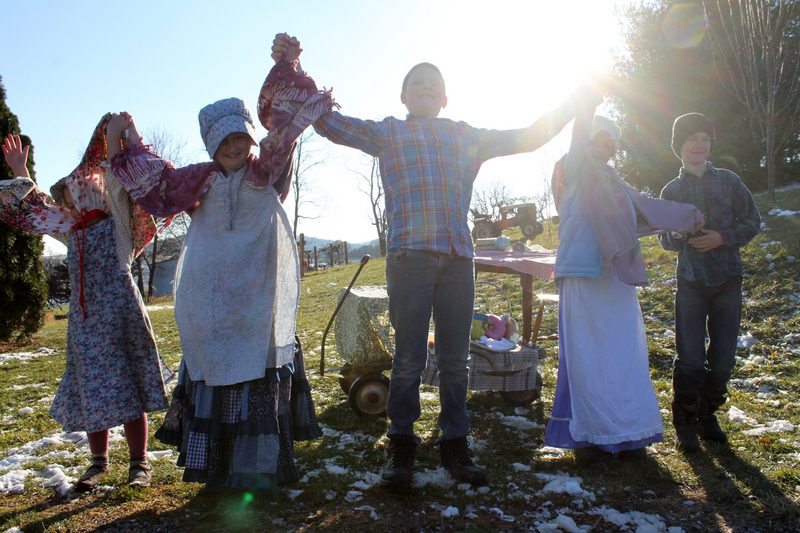 Afterward, there was more tea and iced buns (the ones that the dogs didn’t lick), and my brother took all the kids on tractor-wagon rides. The littlest boy distributed flowers to all the actors… 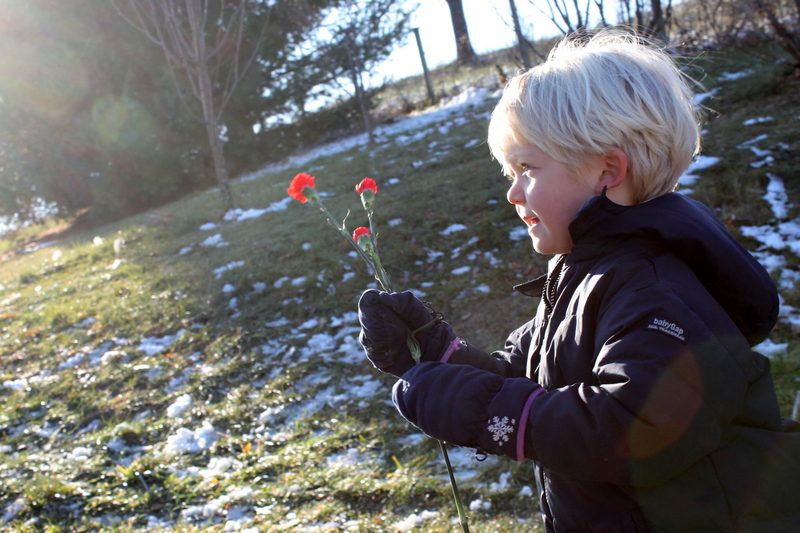 and there were hugs and high-fives all around. 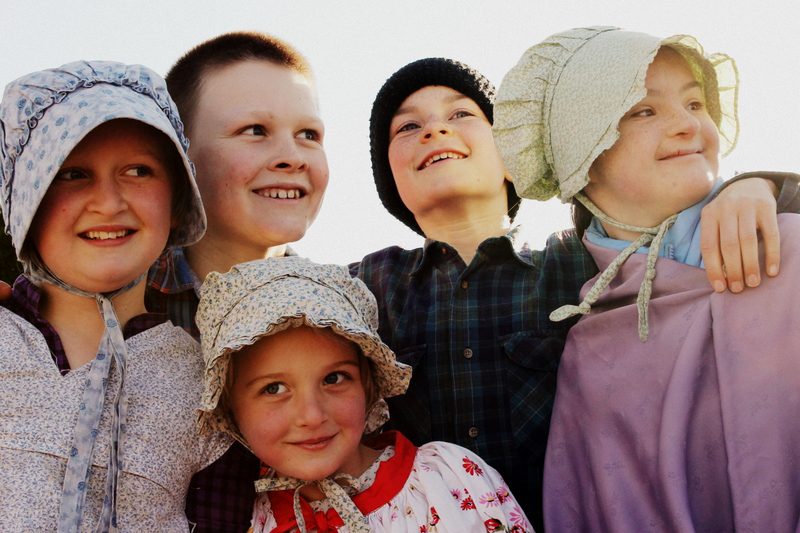