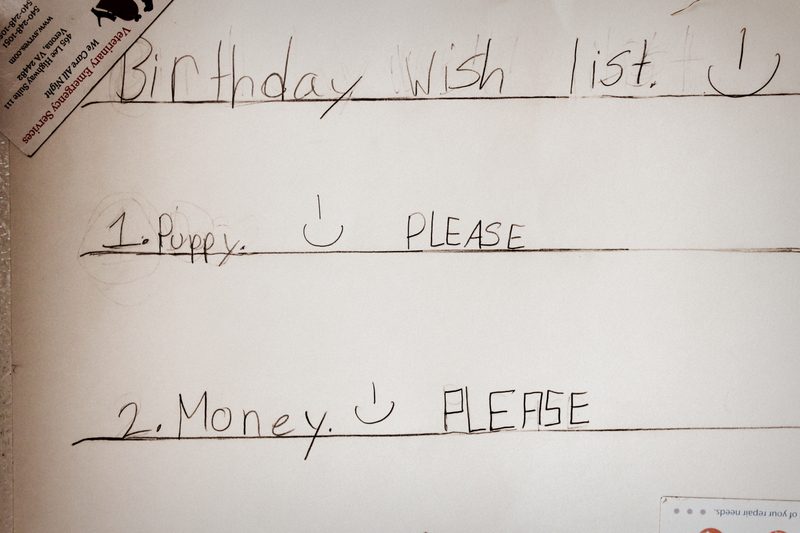 For months our younger daughter had wanted a dog. She pleaded, cajoled, begged, cried, and bargained. She even wrote us a letter detailing the many reasons she ought to have a puppy. A husky, she said. I want a husky.

No, we said. We already have two dogs. Dogs are expensive. You don’t have sufficient income to pay for a canine friend. So no. No way, no how, no.

Nevertheless, she persisted. Number one on her birthday wishlist: Puppy.

“Hon,” I said. “You gotta to be practical. Ask for reasonable things. Items within our budget. A dog just isn’t happening, you know.”

And then, about two weeks before her birthday, a bizarre thought occurred to me: Why not?

It wouldn’t be a husky, that was for sure. Or any purebred, for that matter. But a puppy wasn’t an outrageous proposition. We could draw on the funds reserved for the farm. She had enough money in the bank to pay to get the pup fixed, and as she got older she’d have more earning power.

So I started searching—the SPCA, the paper, the pet shop, craigslist—and then, one week before her birthday, a friend sent me a snapshot of an ad: collie-lab pups. The very next day, my husband and I dropped the kids at my parents and went to investigate. The pups’ father was a purebred boarder collie and the mother was a golden lab-golden retriever mix. I picked out the smallest and quietest of the four females, and then we returned home. All week long I was beside myself with excitement. Worry, too. What if she didn’t like the puppy? It wasn’t a husky, after all.

Her birthday morning, my husband picked up the puppy and dropped it off at my brother’s house. Back home, we ate chef salads and chips, drank rosa de jamaica, blew out the candles on the ice cream cake, and then gathered in the living room to open presents.

Just as our daughter started opening her next-to-last gift, my husband’s cell rang (because he made it ring). After a brief (fake) one-sided conversation, he announced that my brother needed help—there was a leak!—and tore out the door.

“Do you want us to wait for you?” I hollered after him. “Can she finish opening this gift?” But he was gone.

She finished opening the box—a bike helmet—but I wouldn’t let her open the last little package (a dog leash). “We’ll finish when Papa gets back,” I said. The kids and I lounged around in the living room, sampling her licorice and admiring the gifts, killing time. I was on pins and needles.

Finally, through the window, I saw my husband pull in the drive. To my older son, I whispered, “Get your camera out,” and to my younger daughter I snapped, “Cover your eyes.”

When my husband walked into the room, the 10-week-old pup cradled in his arms, the kids froze—eyes wide, mouths a-gape—comprehension slowly dawning. Someone gave a strangled squeal. My husband set the pup in my daughter’s lap. It was like he flipped a switch. Instantly she was sobbing, her face buried in the pup’s fur. 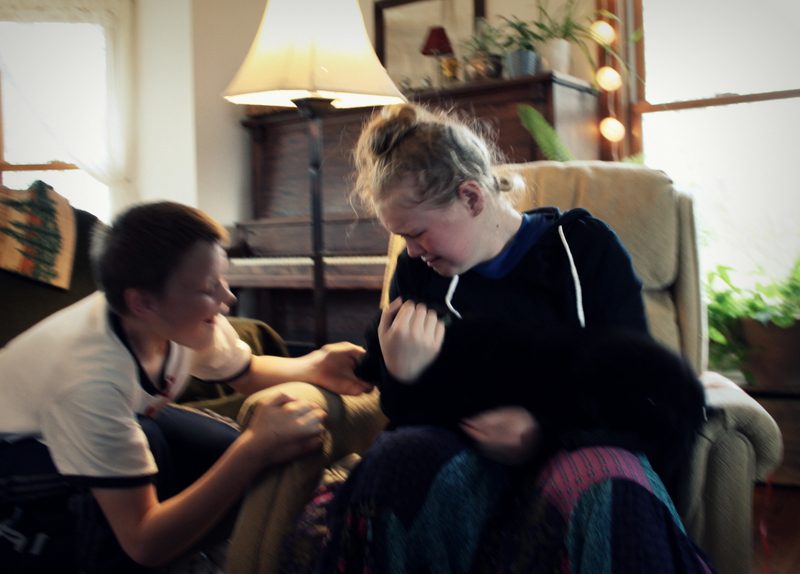 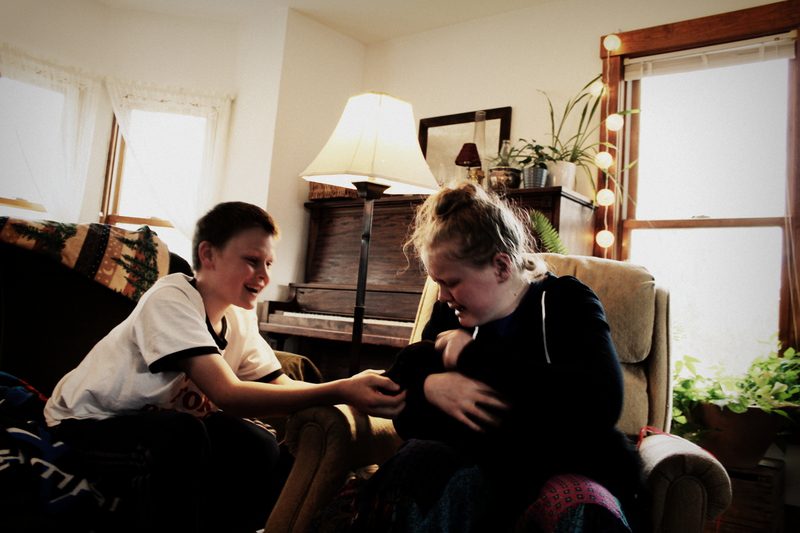 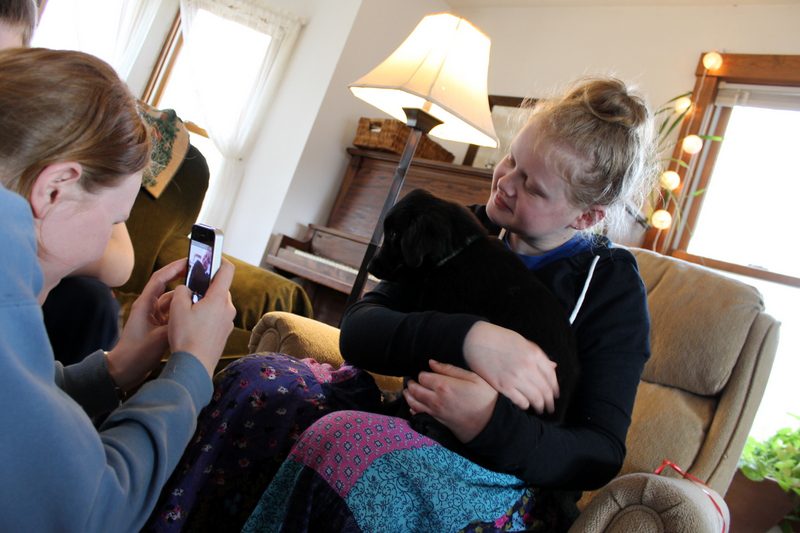 Alice, for that’s what my daughter has named the pup (after a book character), is delightfully gentle and sweet-tempered. She travels well, too, we learned when we took her on a day-trip to PA. She spent the eight hours curled up on the back seat or in someone’s lap, sleeping the hours away, and, just by being cute, cozy, and sleepy, she kept the kids from fighting overly much. (Basically, she’s a service dog for my rugrats.) 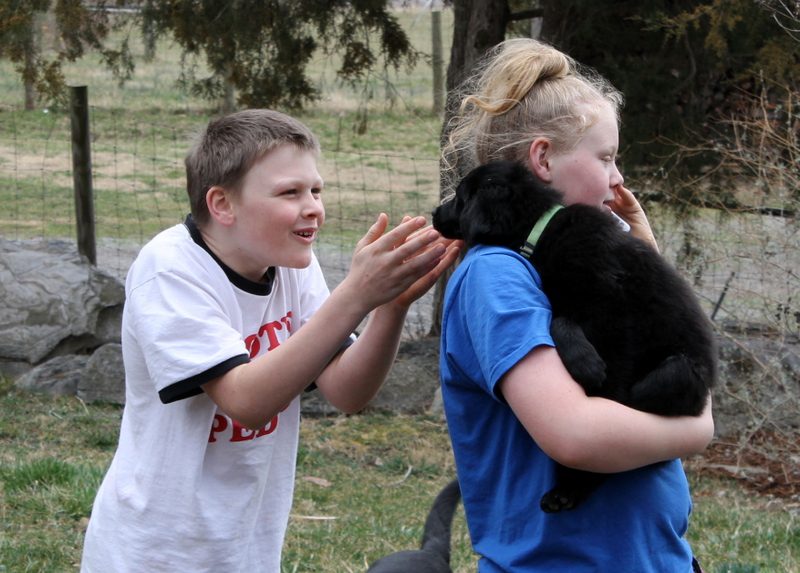 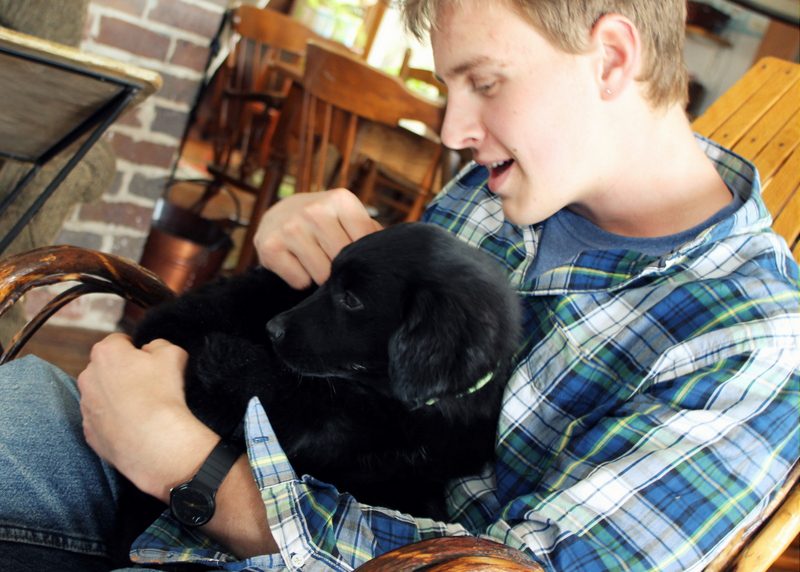 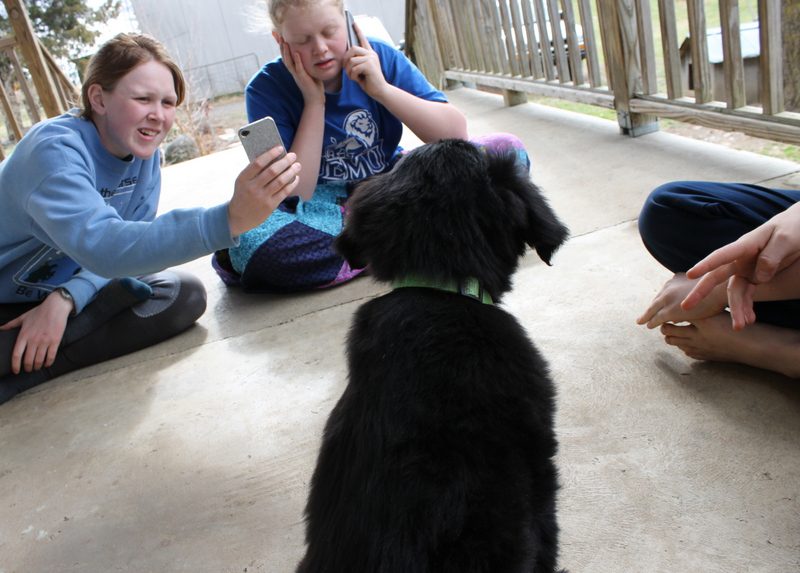 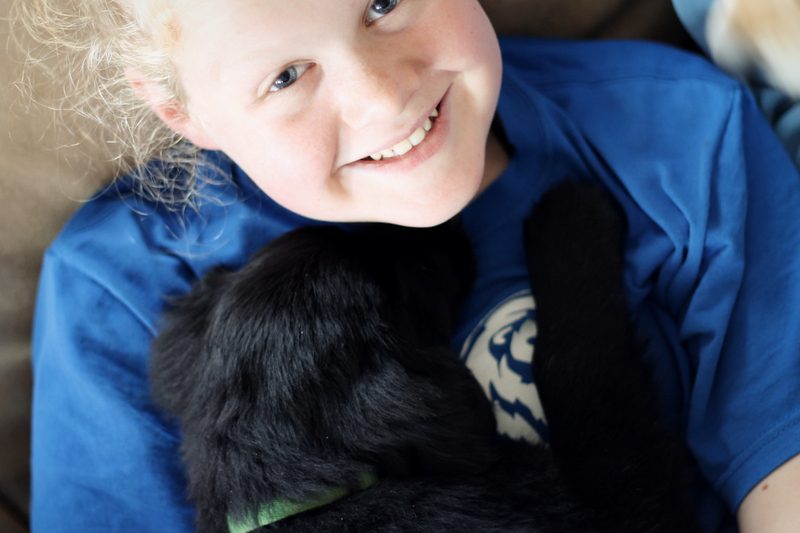 I think we nailed it.