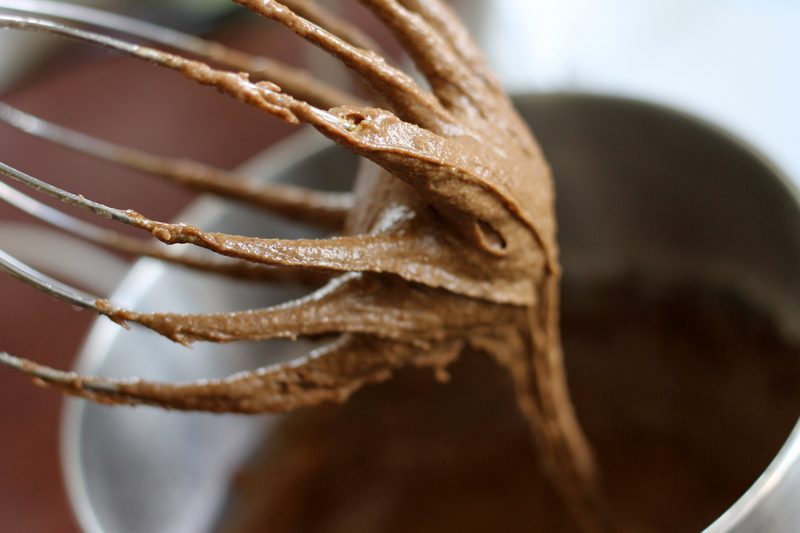 Remember that cookie dough I mixed up back at the beginning of December, the one that had to sit at room temperature for two months—TWO MONTHS—before baking?

Welp, the two months finally passed and I done did bake them up!

I scraped the dough out of the ceramic bowl, kneaded it briefly, and then rolled it out for gingerbread men. The dough was a dream to work with: slightly tacky and pliable, like a good playdough. It smelled faintly like hamsters, too, but I chalked that up to the potassium carbonate. 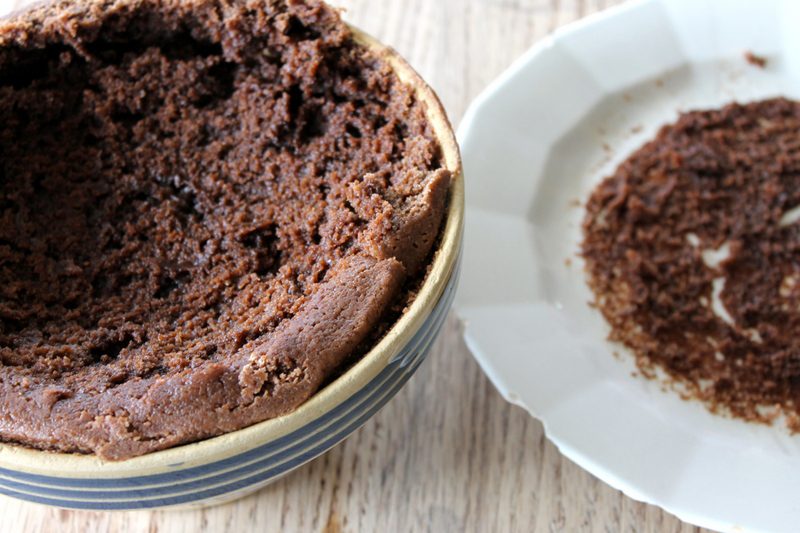 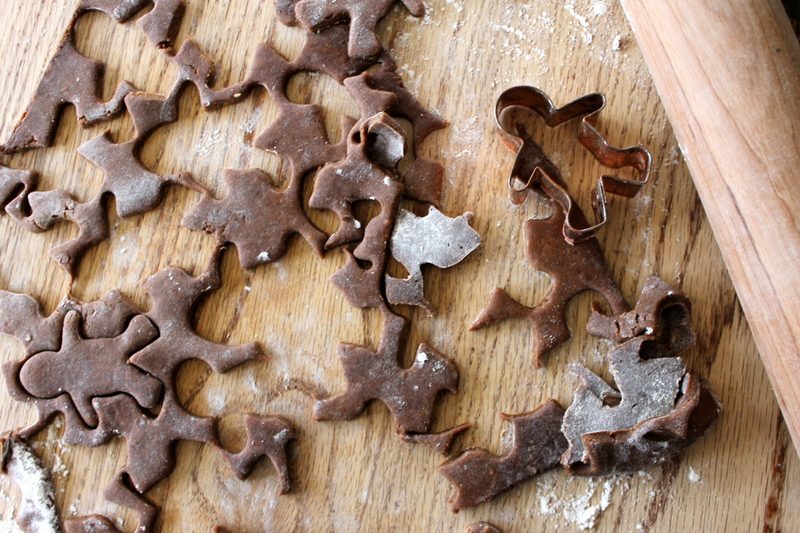 Once cut, the cookies have to sit at room temp for a couple hours pre-bake (I’m not sure why). (Also, speaking of pre-bake: Netflix now has the second season of The British Baking Show—time to get your bake on, people!) Right before slipping them into the oven, bits of dried fruit or nuts get pressed into the dough. I gave some of the men orange citron—or candied ginger—buttons. Both were good, but I liked the ones with candied ginger best. 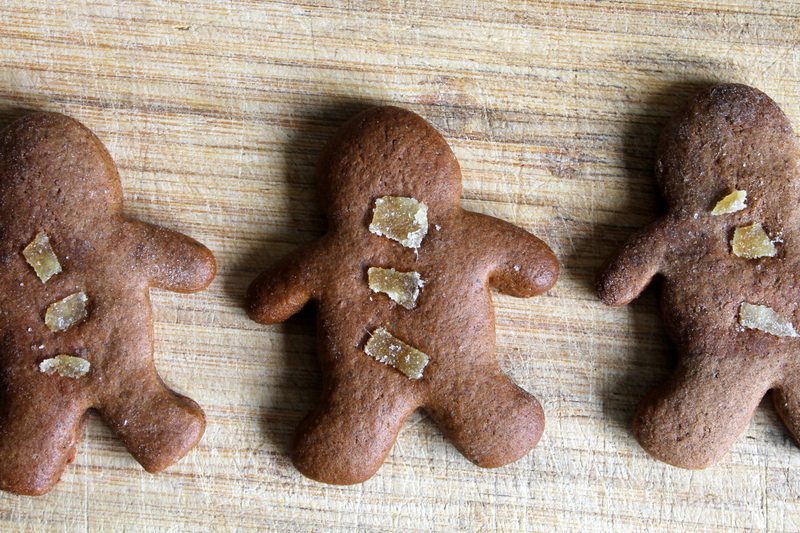 These are a classic German Christmas cookie, but I doubt I’ll make these at Christmas. What with all the fruit-filled, nutty, caramel-y, chocolatey treats, these simple cookies wouldn’t stand a chance. These are more a mid-winter snack, a cookie to stuff into pockets (not that we ever stuff pockets with cookies in this house) or to pass out to cranky toddlers. In fact, this is the exact kind of cookie that I picture Danny and Annette, from Treasures of the Snow, getting every year for Christmas. It’s the sort of cookie you could eat while sledding down the Alps under a starry sky, and I suspect they did. 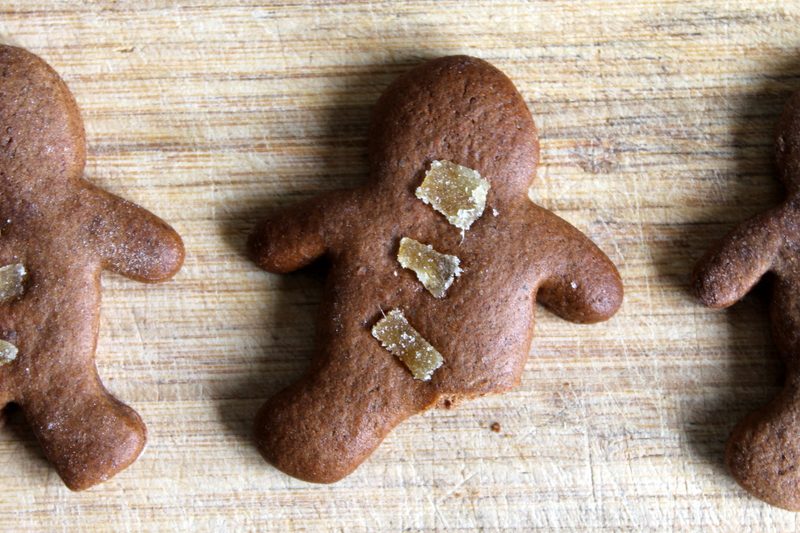 The long wait time is supposed to give these cookies a more complex, nuanced flavor, and there is definitely something different about these. With their chewy—tacky, almost—bite, and lingering spicy kick, I can eat three or four, easy. And yet… I’m not completely sold. They taste kind of—for lack of a better word—old, but (I think?) in the mature sense of the word. I mentioned this observation to my older son, and he was like, “Well, yeah, Mom. They are old. Two MONTHS old.”

Reviews are mixed. My older daughter says I should make at least a triple batch next year. My husband isn’t sure what he thinks about them, but every day he eats at least two. My mother offered to buy some. My girlfriend ate one and kept silent—never a good sign. My brother ate so many he told me to put the jar away. 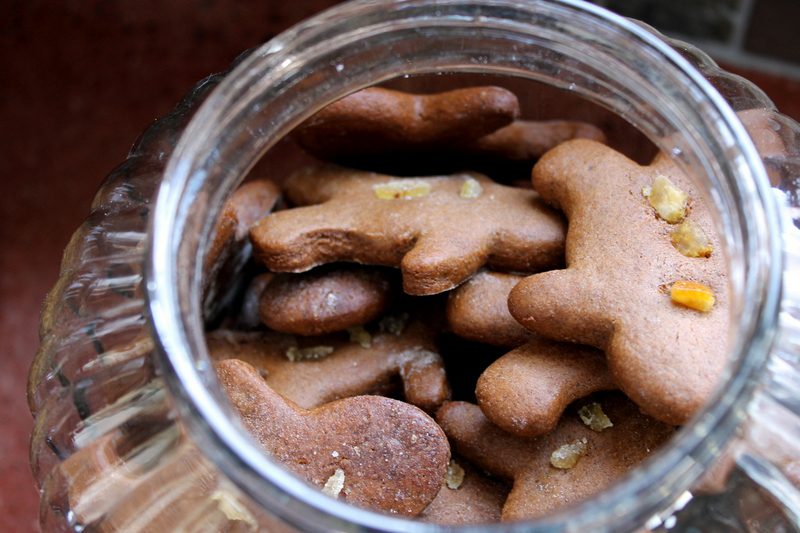 Next time, I think I’d like a lot more candied ginger—perhaps I’ll knead a cup of minced bits into the dough before rolling it out? Also, next time I want to try giving them a crackly sugar top by brushing a hot sugar glaze (the same one I used for the basler leckerli) over the cookies immediately after pulling them from the oven.

Put the honey and brown sugar in a small kettle over medium-high heat. Once the sugar has dissolved and it’s nice and warm—do not boil—remove from the heat and add the butter. When the butter has melted, set aside.

In the bowl of a stand kitchen mixer, combine the flour, Lebkuchengewürz spice mix, cinnamon, zest, and cocoa.

In a small dish, dissolve the potassium carbonate in the tablespoon of water.

Add the eggs to the flour mixture and, using the whisk attachment, mix on low speed. Continue mixing while adding the honey mixture and then the dissolved potassium carbonate. Mix for 5 minutes until the dough is shiny.

Scrape the dough—it will be tacky and runny—into a ceramic bowl. Cover with a plate (it should not be airtight) and let sit for two months at room temperature.

to bake:
Turn the dough out onto a lightly floured counter and knead briefly. Roll the cookies out to ¼-inch thick and cut into gingerbread men or other shapes. Place the cookies on parchment-lined baking sheets and let sit at room temperature for a couple hours. Press bits of candied ginger, citron, and/or nuts into the tops of the cookies and then bake at 325 degrees for 10-15 minutes or until the cookies are puffed and lightly browned.

If using hot sugar glaze (see below), apply it immediately.

While the cookies are baking, heat the sugar and water until boiling. Continue boiling until much of the water has evaporated and there are large bubbles, Upon pulling the cookies from the oven, immediately brush with the hot sugar glaze before proceeding with the cooling and storing.

Combine and store in a cool, dark place. The mix will stay fresh for 1 year.