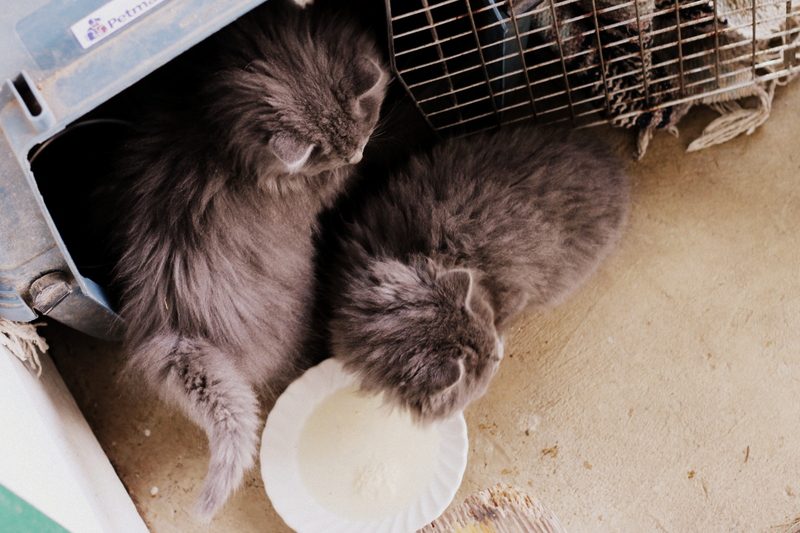 Upon arriving at my aunt and uncle’s house for brunch, my children discovered the kittens on the porch and came running.

“Can we have one, Mama? Please? Please?”

“Aw, aren’t they adorable,” I said, cuddling the little ball of fur. And then I stunned them by saying, “Yeah, we can probably have one. Let me talk to Papa.”

Apparently I stunned my husband, too. He stared at me, eyes a-bug. “Are you out of your mind? We don’t need more cats.”

Throughout the day, the kids and I worked on him. The three younger children agreed to chip in ten dollars each (my older son remained aloof) to help cover neutering costs, and I explained to my husband that it won’t be forever that we have children in our home begging for kittens, so why not live it up a little, hmm? Hmm?

I’m a good arguer: we came home with two. 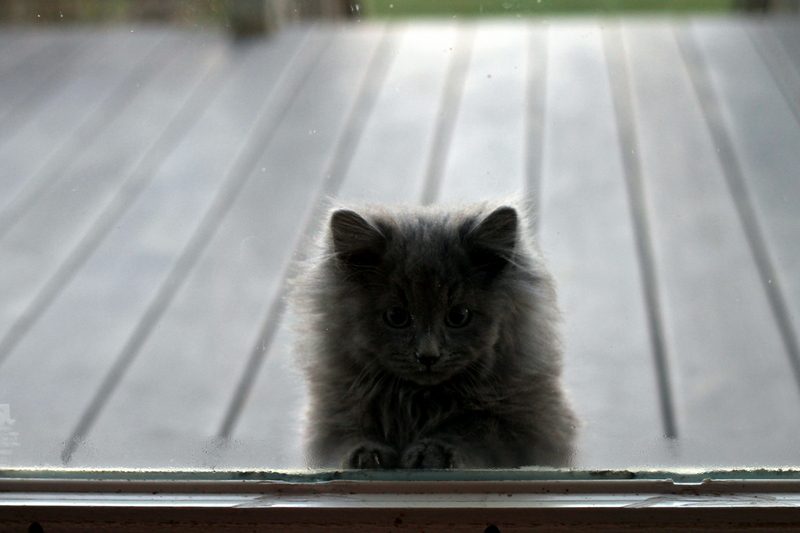 I’ve never had a long-haired cat before and am totally loving these kittens. My aunt said that when they were little, they were so furry that you couldn’t see their legs so they looked like little dust balls rolling across the porch. When they sleep, they get limp and pliable, like fluffy play dough. 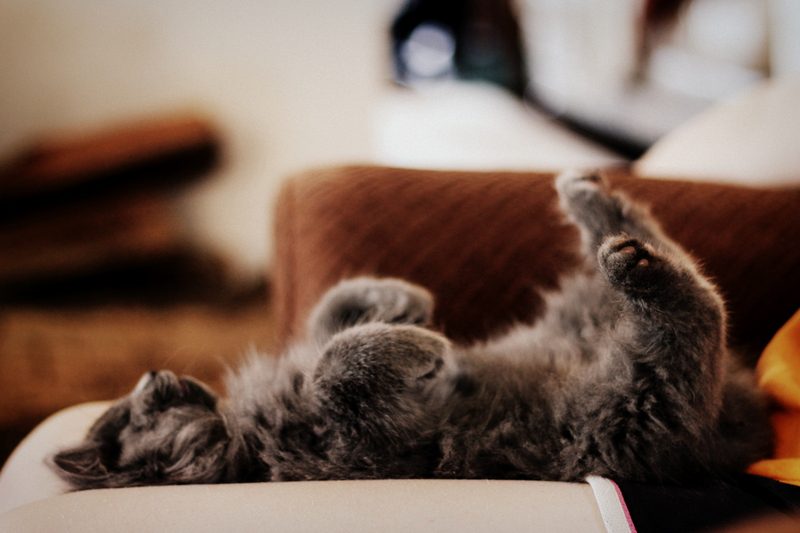 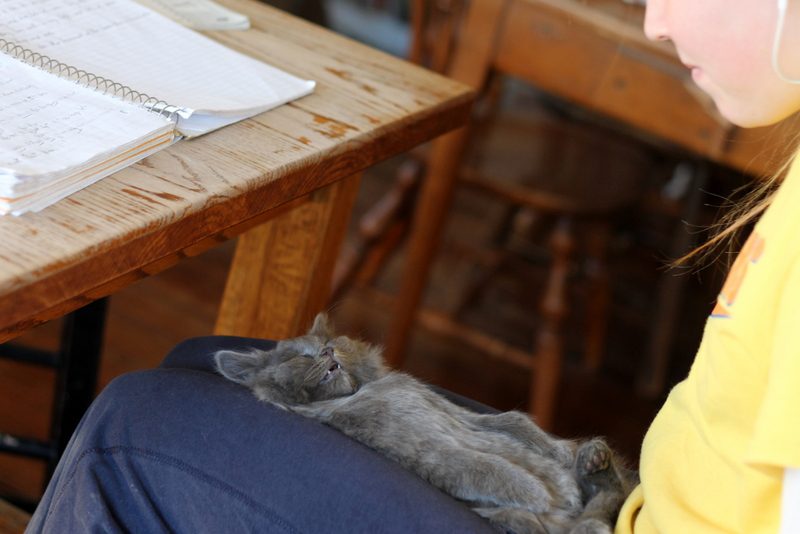 They are outside cats, but since we brought them home in the middle of a cold snap (finally!), they’ve been spending their nights in a crate in the back hall. And I let the kids hold them when they are reading or studying. There’s something so soothing about their warm little bodies nestled into the crook of your arm. 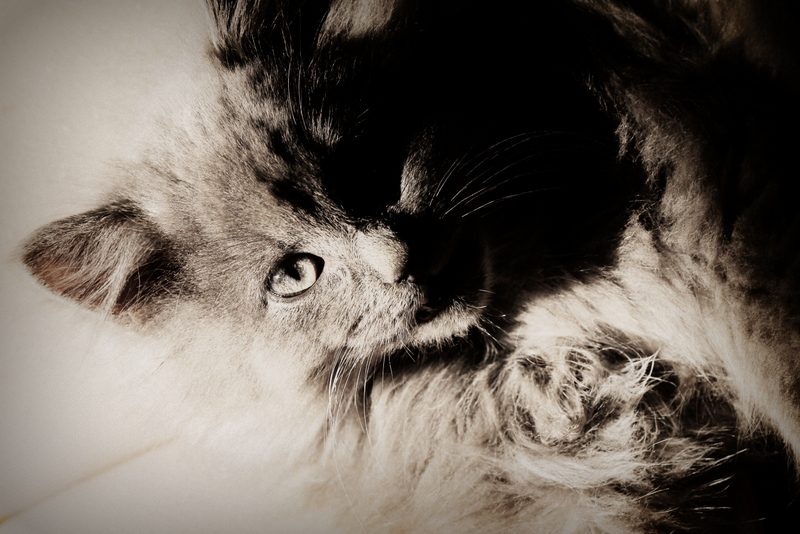 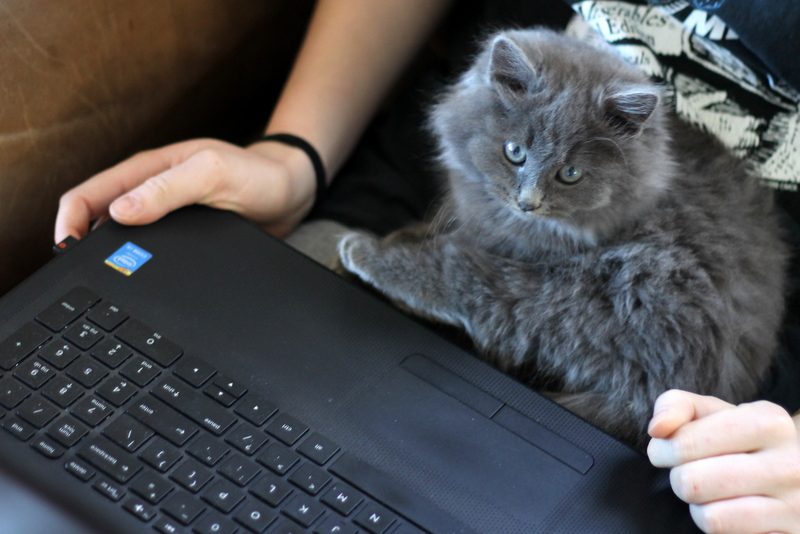 They are both male (we think) so the kids named them James and Peter. (Can you guess which book those names are from?) At first glance, the kittens seem identical, but James is bigger and more aggressive while Peter is punier and laid back. I’m slowly learning to distinguish between them, though I still have to chant Giant James and Puny Peter to remember which name goes with which cat. 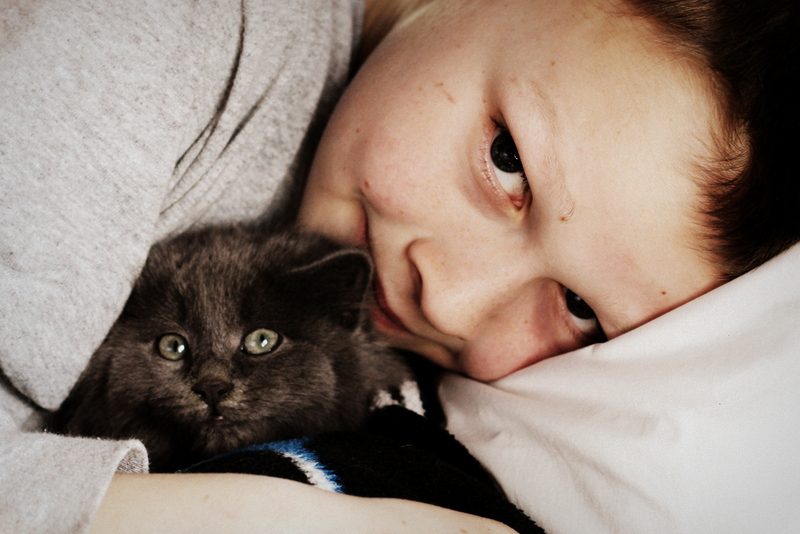