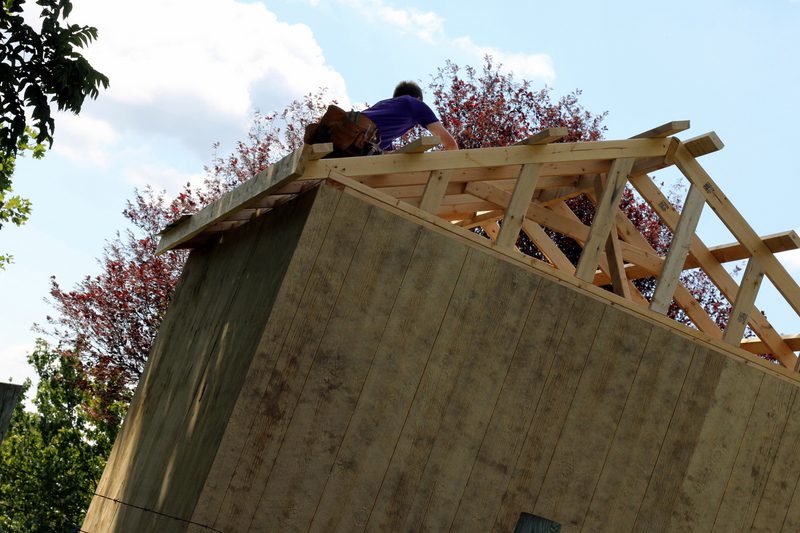 Once my son finished building the walls for my brother’s shed, he dismantled them, hauled them over to my brother’s house in the trailer, and reassembled them. Ever since then, he’s been working on the shed on location.

Evenings before bed, my husband will run over with him to check his work and discuss next steps. Usually my son only works for only several hours at a time (at which point he runs out of materials or needs advice), but the other day he spent the entire day roofing. When I went over to take some pictures, I was slightly surprised at how big the whole thing appeared to be, and how high up he was. But he looked like he was being a smart monkey—deliberate and focused—plus, he had a phone in his pocket in case of an emergency (that is, if he’s not unconscious and the phone isn’t smashed in the fall). There’s no way he’s going to learn how to do this stuff without actually doing it, I suppose, and now’s as good a time as any. 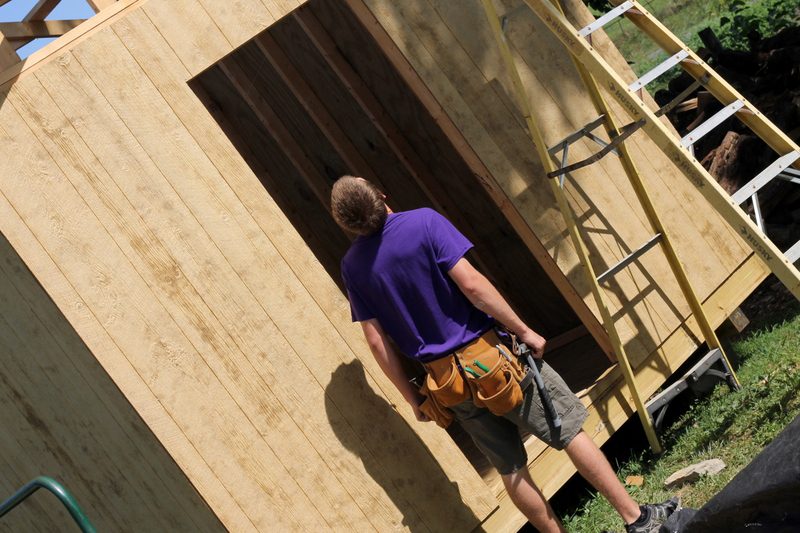 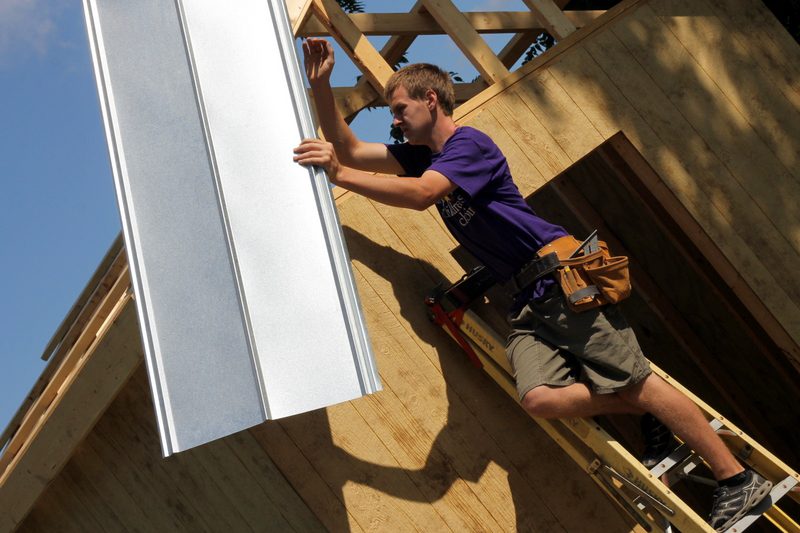 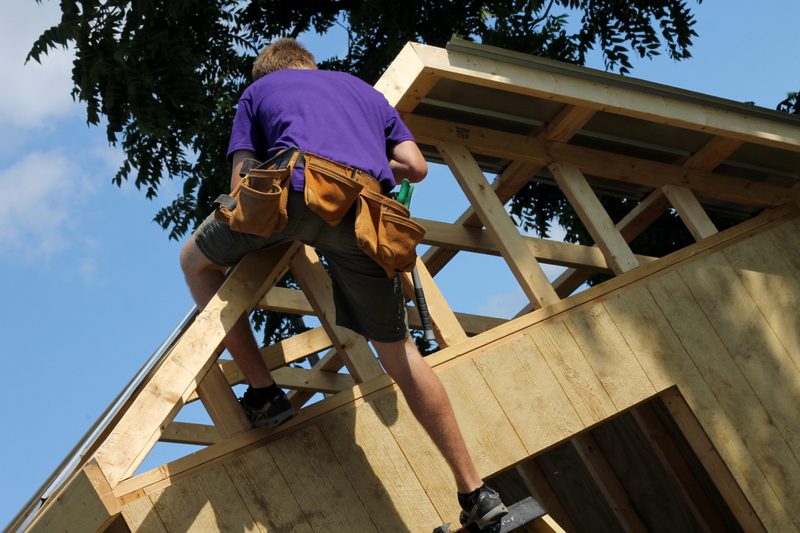 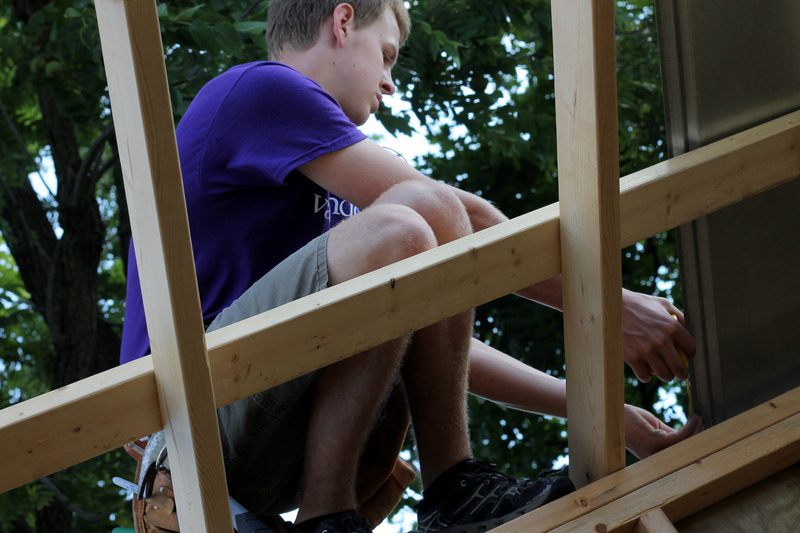 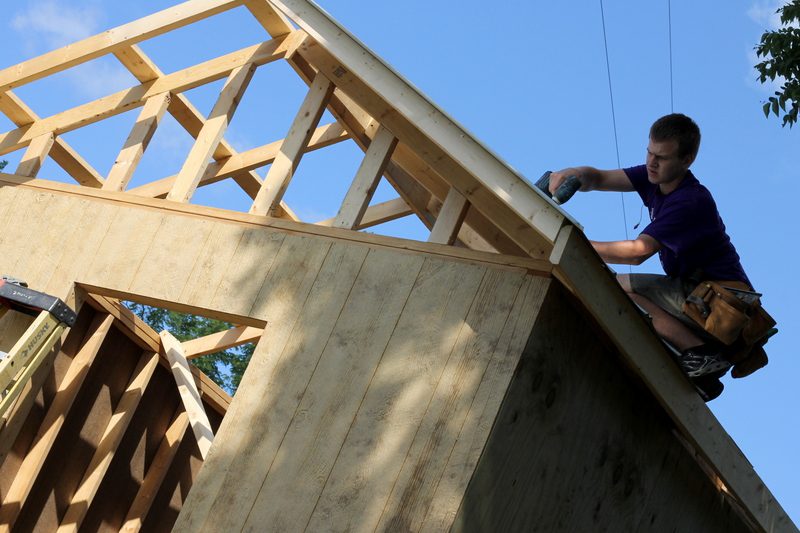 Now, I hear, he’s working on the door, plus my brother wants a little roof to extend out from the building, like a carport but for firewood. My son called up his mentor friend (who also happens to be an engineer) to figure out structural support-type stuff. Right now he’s in the middle of building shelves for the inside of the shed. Even though he’s getting paid a lump sum, we’re making him keep track of his hours so he can learn to measure money earned against time spent and supplies purchased. Hopefully, this will help him gain a realistic understanding of both the building process and his own abilities. 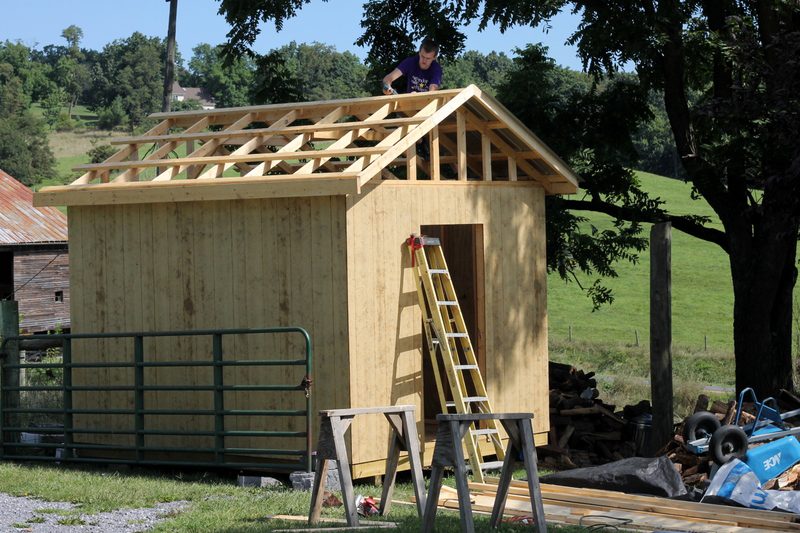 Bit by bit, the shed is taking shape and new skills are being acquired. Like many of the more involved and challenging projects we undertake—growing food, writing a book, raising children—much, if not most, of the satisfaction is in the process.