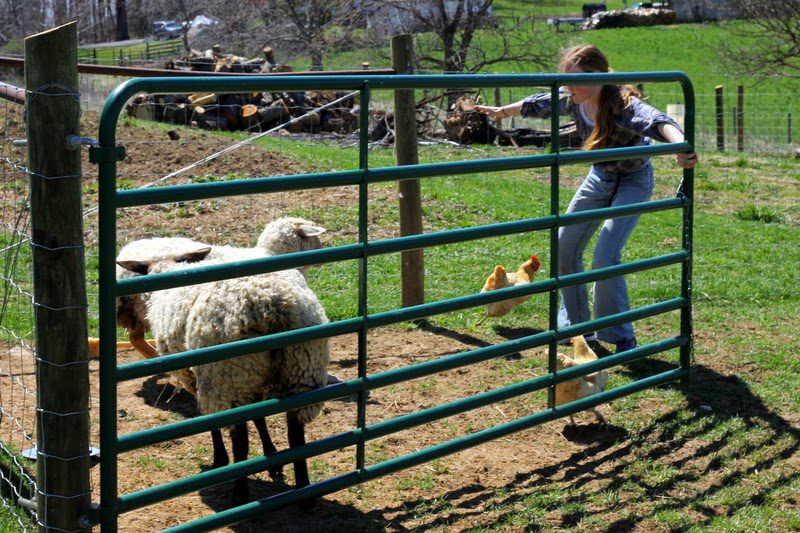 My older daughter spent Saturday morning at the horse farm getting judged on her riding and then the afternoon back home trimming the sheep’s toenails. Or hooves. Whatever they’re called.

I didn’t go to the show-test thingy, and since my daughter couldn’t really explain to me the purpose of the test (that she spent 45 of her dollars to take), I still don’t know exactly what went on. But she told me that the morning of the test, both she and her riding girlfriend (they had a sleepover at girlfriend’s house) were nervous sick. My daughter reported that her friend was so nervous that she only ate five spoonfuls of yogurt for breakfast. “I was sooooo nervous, too,” my daughter said, “but I ate two eggs, two pieces of toast, juice, and yogurt.” That’s my girl, people.

So anyway, back to the sheep. That afternoon I was standing in the kitchen chatting on the phone with a friend when I looked out the window and saw my daughter flipping sheep. So I hung up, grabbed the camera, and went out to watch.

First she caught them by driving them into the corner of the pasture using the wide-open gate as a trapdoor. 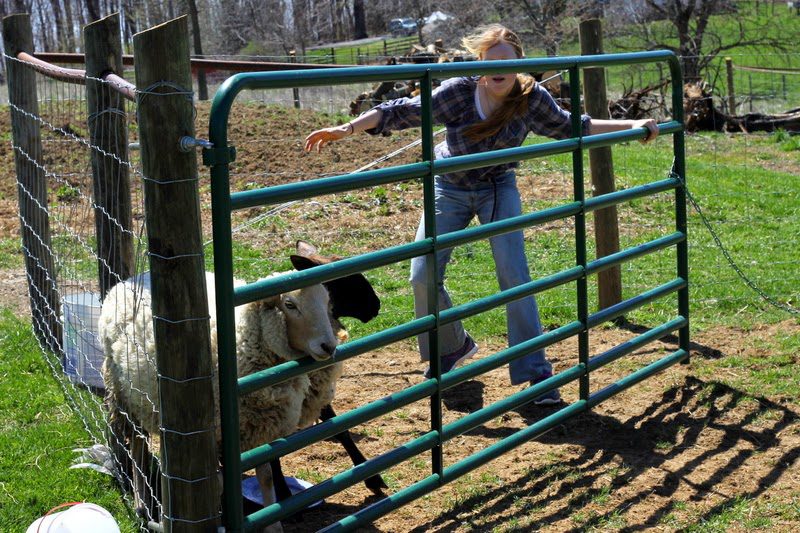 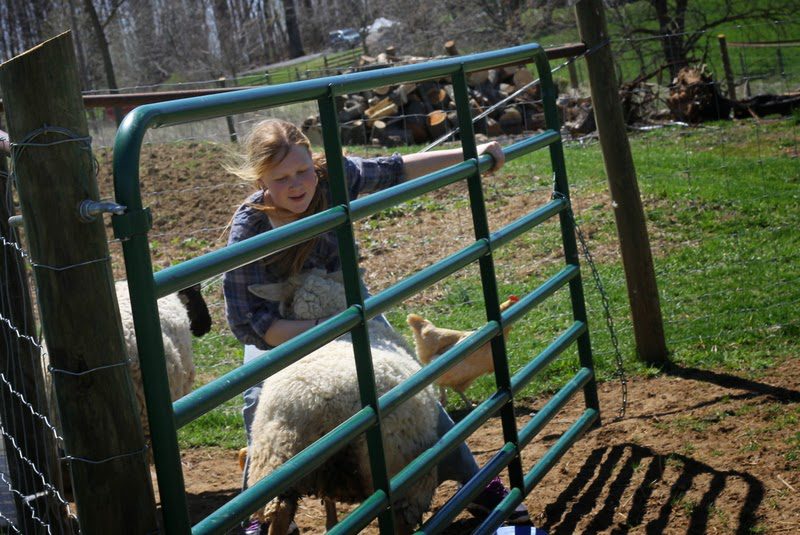 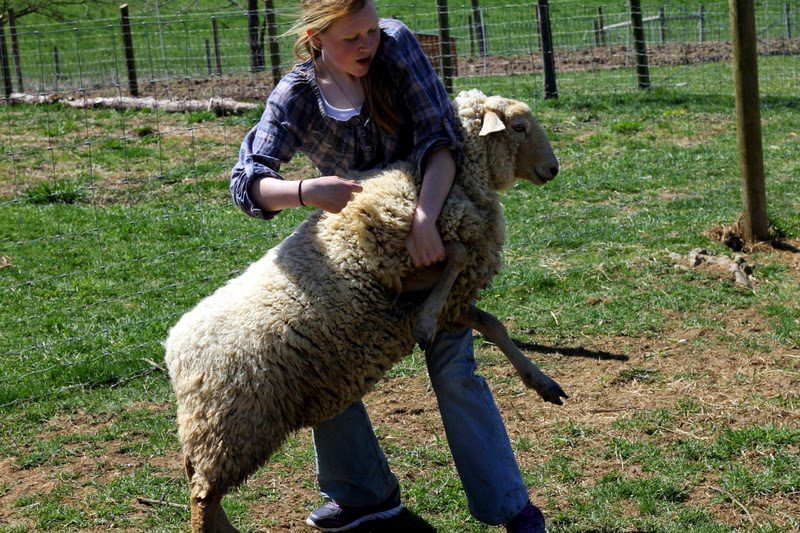 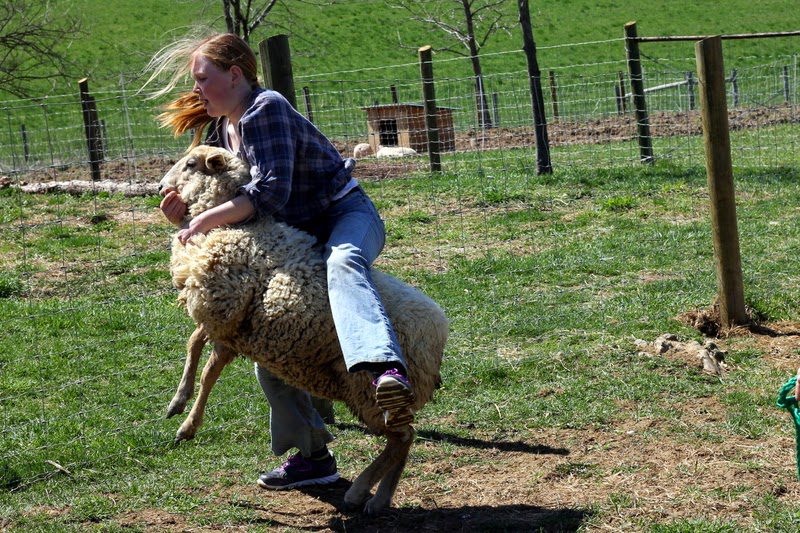 Third, she yelled for someone (in this case, her brother) to hand her the halter. 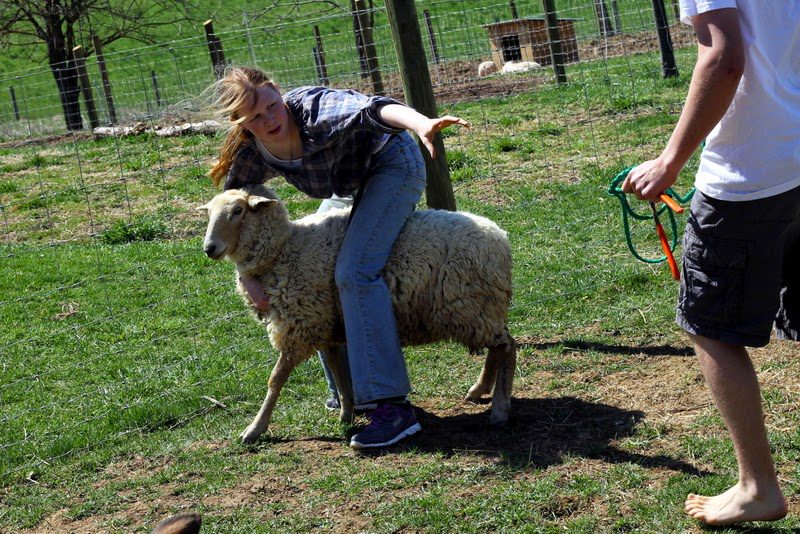 Fourth, she danced a jig with the sheep that… 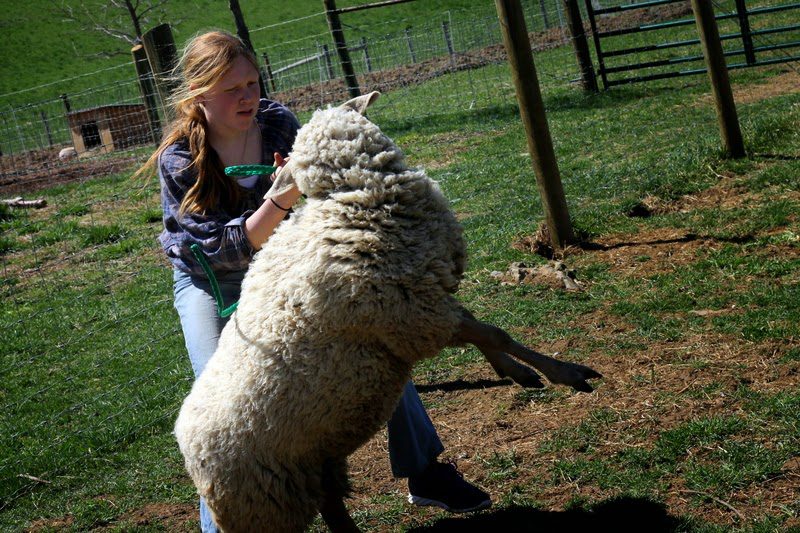 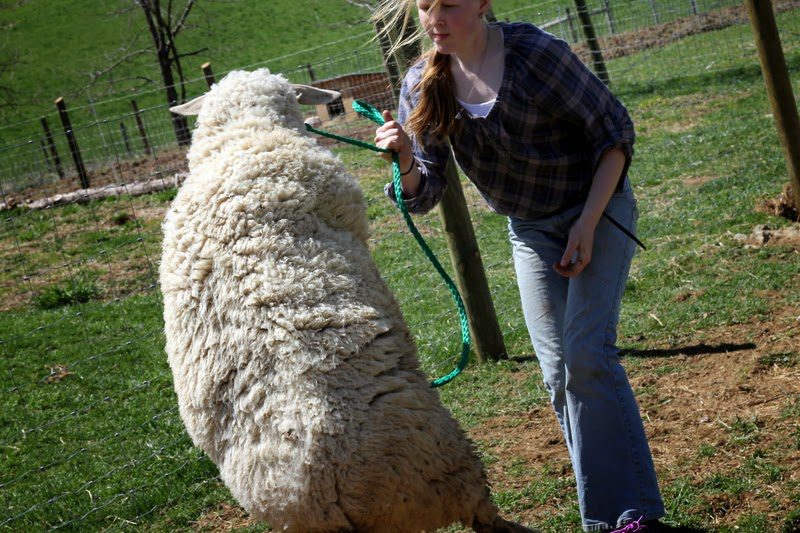 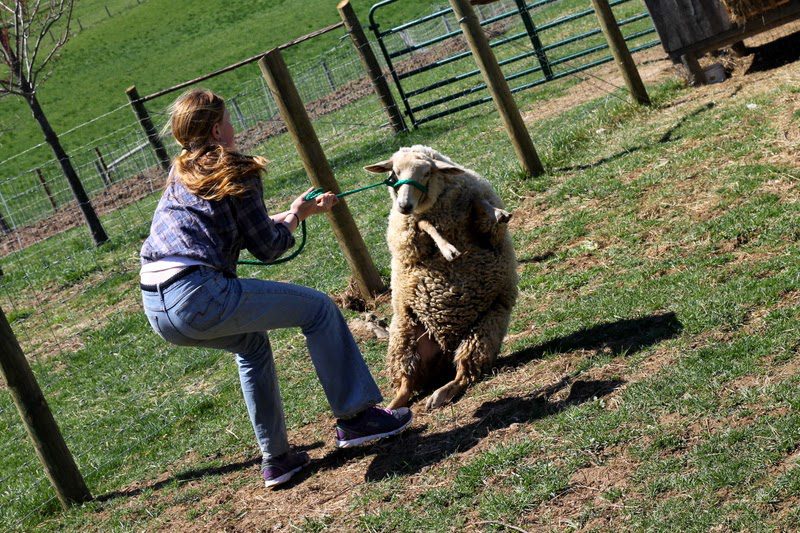 ended with the sheep laying on the ground belly up. 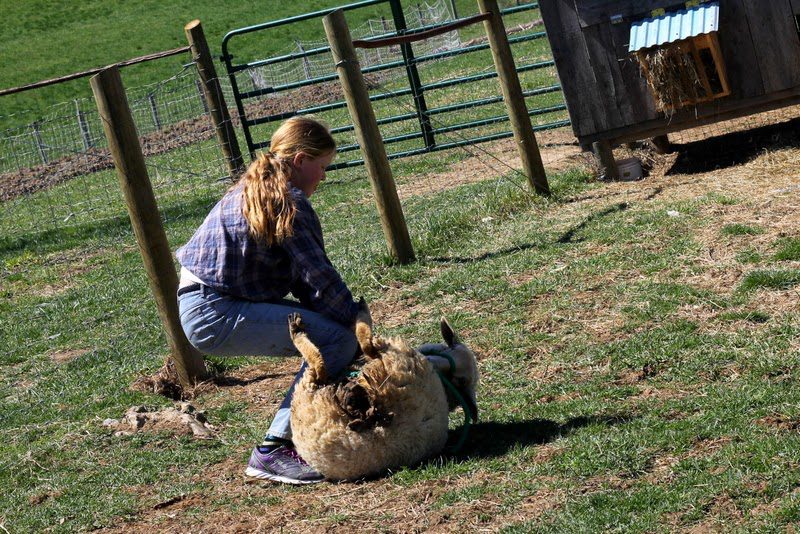 Fifth, she trimmed the hooves. 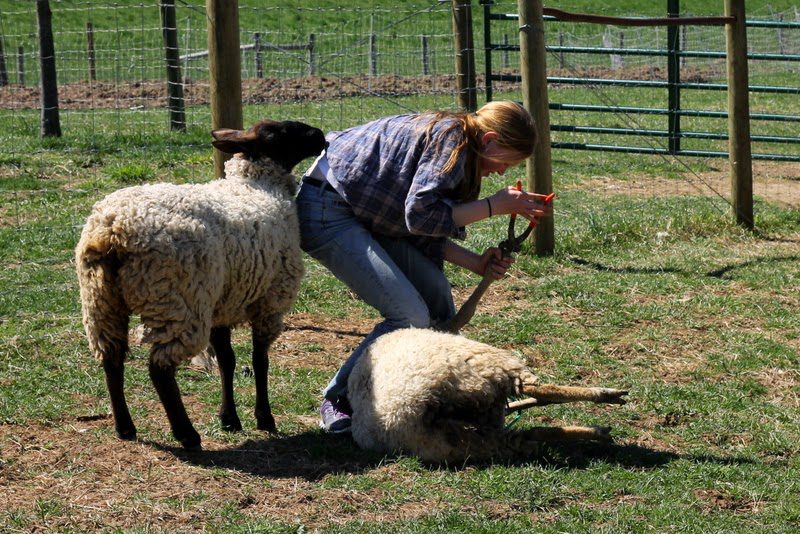 It was all highly entertaining. If laughter is the best medicine, then sheep wrangling is downright therapeutic. (At least for the onlookers.) 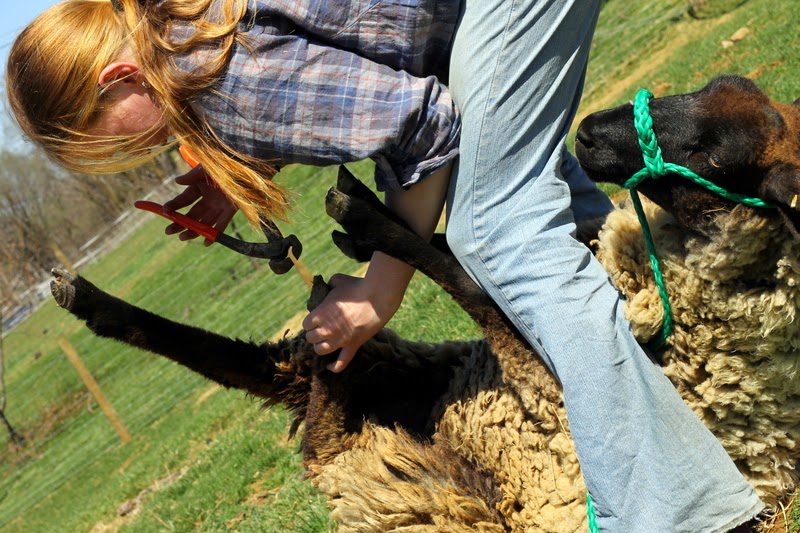 Note: this post makes it sound like she’s tossing whole herds of sheep on their backs. This is not the case. She has only two sheep. Still, even with just two sheep, the task somehow managed to look like A Serious Operation. Or a blog-worthy one, at least.

This same time, years previous: the quotidian (4.14.14), the value (or not) of the workbook. and chocolate-covered peanut butter eggs.