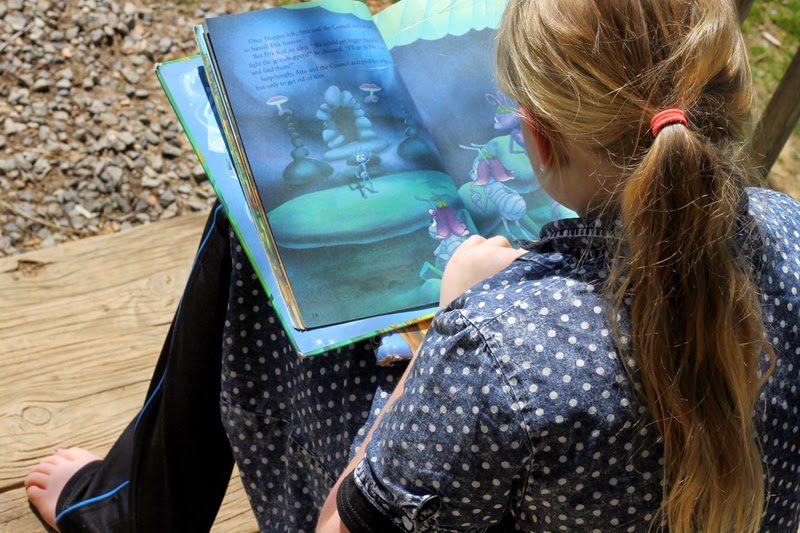 My younger daughter is beginning to read.

Technically, she’s been able to read for a couple years now, but I don’t count a child as “reading” until they’re zipping through chapter books for fun. And actually, by my standards, my daughter is not quite there just yet. But she’s getting close!

I recently noticed that, for the first time ever, she was actually reading the picture books we lugged home from the library. And then, for her daily reading, I assigned her the book The One and Only Ivan and she sank into the story. 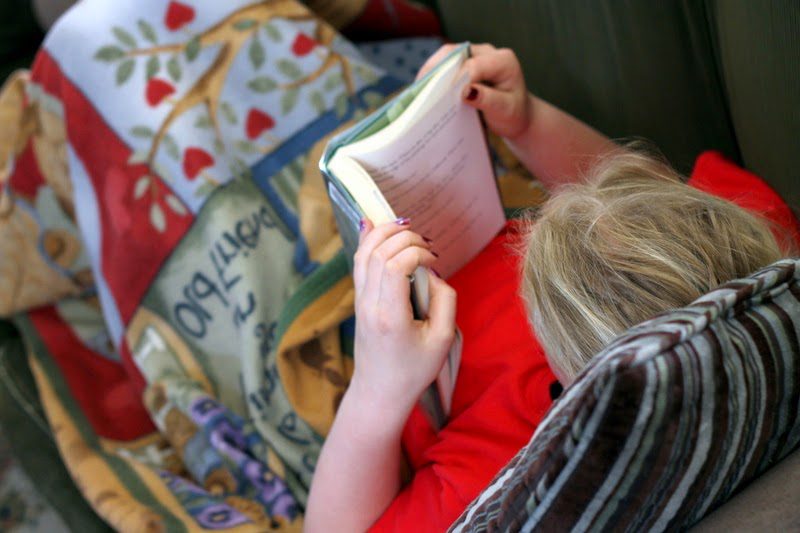 As luck would have it, Ivan was a perfect starter book. It’s thick, so it feels important, but the line spacing is wide and the chapters are short. There are simple drawings to help the story along, and the writing is nuanced and compelling. Each day she’d read a chapter or two out loud to me before reading to herself for another 20 minutes or so. At one point, she put the book down and refused to read anymore because the story was too sad. I was thrilled that the story was affecting her so deeply—nothing screams reading comprehension success louder than falling into a funk because of a book—so I sat with her while she read the rough spots. Once over the hump, she sailed through to the end.

She enjoys the American Girl series, but they’re not quite fast-paced enough for her. Harry Potter is a little too taxing yet. Magic Tree House books (which I hate) are a huge hit. I can’t keep enough on hand. Right now we’re reading Flora and Ulysses out loud together—I read one page and she reads the next—but the vocabulary (obfuscation! malfeasance! surreptitious! etc) is above her level. In retrospect, it was not the best choice.

By conventional standards, my younger daughter is a fairly late reader, but because her elementary skills are due to a lack of interest rather than a lack of ability (her older sister’s situation was reversed), and because her desire to read is steadily increasing, I am completely at ease with letting her learn at her own level. Her process feels natural and organic. The only thing I’m struggling with is finding entertaining and well-written books that take into account both her (older) age and lower skill level. Ideas, anyone? 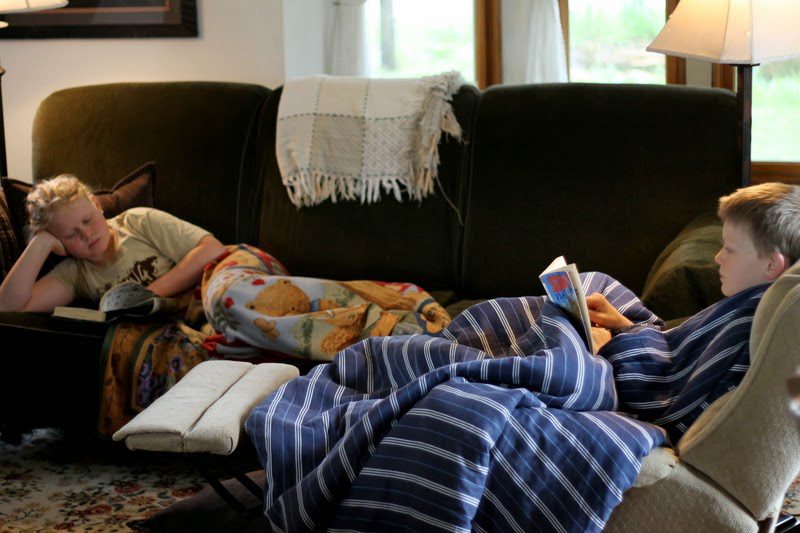 P.S. My younger son (age 9) is also starting to take off. He’s a couple steps behind my younger daughter, but he’s in love with the Magic Treehouse series (gah). His main problem is zero patience to sound anything out.

This same time, years previous: Sally Fallon’s pancakes, out and about, the quotidian (4.23.12), cauliflower potato soup, me and you, and the radishes, the perils of homemade chicken broth, and shoofly pie.