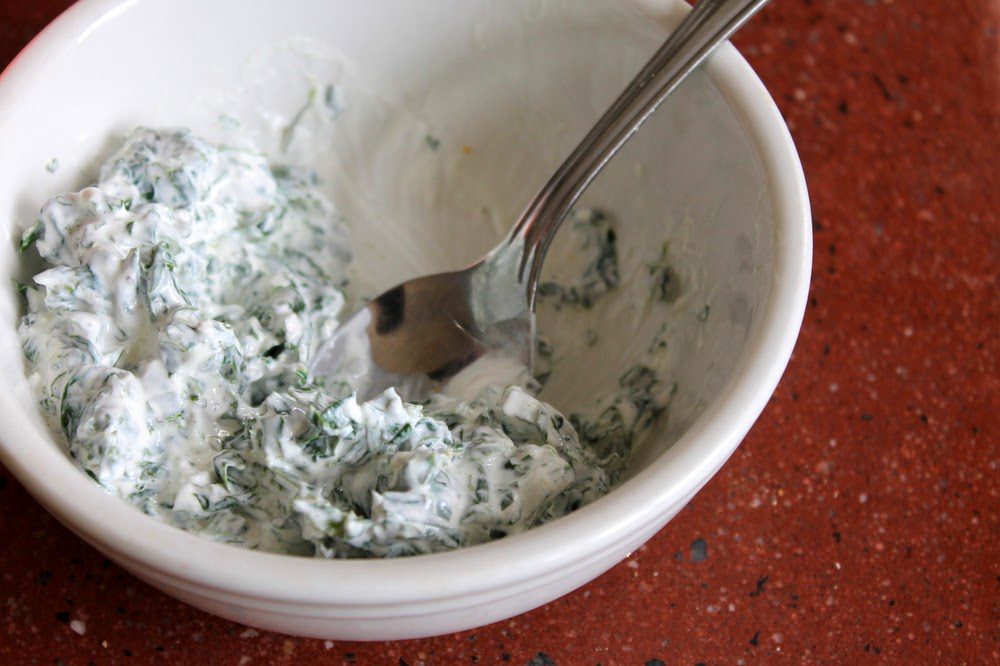 I about chucked the lastest Bon Appetit. The first recipe I made—the cover one, no less—was impressively underwhelming (though I did appreciate the holes-in-top-crust method), and the second recipe—a Burmese Coconut Cake—was nothing short of horrific.

The cake called for semolina and coconut milk, and I was all like, Oh yum, this looks unique and potentially delicious so yay. Turned out, it tasted like a piece of beach that someone dropped a coconut on: grayish-brown, sandy-wet, and one hundred percent inedible. The dogs loved it.

I tiptoed into the third recipe with a fair bit of trepidation. Cooked, chopped spinach, green onions, mint, sour cream, hm. It sounded perfect but trust had been broken. I wasn’t sure the magazine had any integrity left.

I’m pleased to report, the dip was fine. Redemptive, even (because it kept me from giving up on the magazine all together). It kind of reminded me of that artichoke dip that shows up at all female gatherings—you know, the one that’s served warm and bubbling under a crunchy cap of buttery bread crumbs?—because women are fools for tangy, creamy, rich. This dip is all those things, but plus mint and minus the artichokes, heat, and crumbs. Perfect for summer. 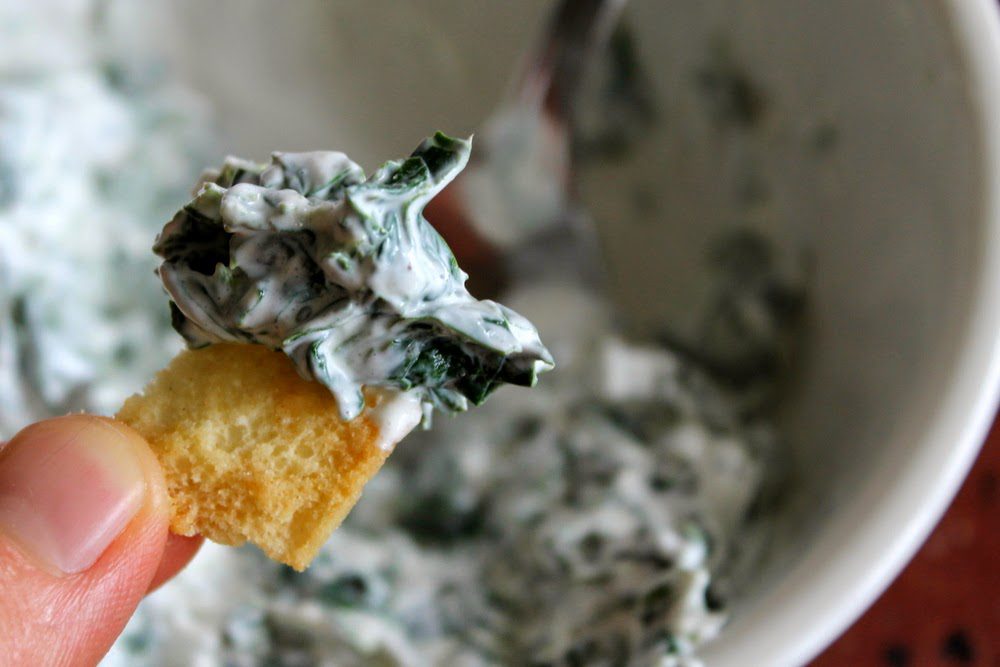 PS. No one in my immediate family liked it, but all your girlfriends will. Promise.

Spinach Dip
Adapted from the June 2014 issue of Bon Appetit.

I didn’t measure my spinach. I just picked a bowlful from the garden and called it Good Enough.

Combine the spinach, onion, sour cream, and mint. Season well with the S&P. Let rest for a bit to blend flavors. Serve with pita chips or crackers.