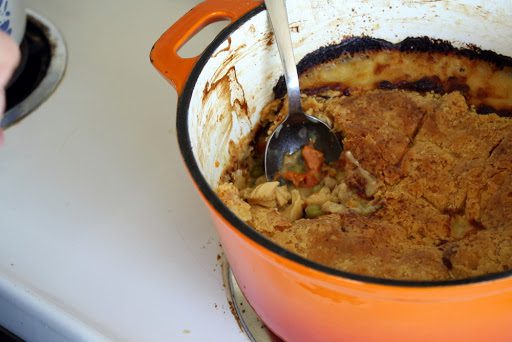 I know. I’ll start with my emotions, ‘cause getting in touch with one’s emotions is a good starting point, or so I’ve been told.

… dismayed … that I never ate chicken pot pie when I was growing up, and maybe not until this very week, canyoubelieveit?

… flabbergasted … that I wasn’t inspired to learn to make chicken pot pie before. But now I’ve seen the light, glory be!

… evangelical … about spreading the chicken pot pie love. Eat your hearts out, folks. Your soul will sing.

… infatuated  … with my lard crust—it’s the best savory pie crust out there, and I am not ashamed to say it.

… concerned … I’ve been eating a little too much chicken pot pie.

… basking … in the glow of my husband’s approval. “If only we ate like this every night,” he sighs wistfully as he helps himself to seconds. (If I wasn’t so sated with pot pie, I might consider that a slam.)

Seriously, pot pie is my newest, puppy-love crush. Lots of sappiness, moaning, dreamy smiles and the like. 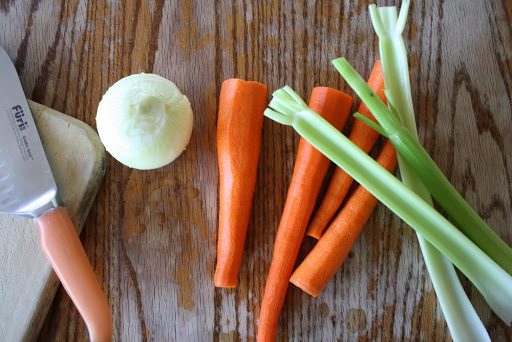 Pot pie perks:
*It tastes good (of course).
*It’s easy.
*When using a Dutch oven, it’s a one-kettle meal.
*It’s pretty.
*Preparing it makes you feel like a domestic goddess (or god).
*Parts of the recipe can be made ahead.
*It’s filling.
*It’s an all-in-one meal, though a green side is nice, too.
*Kids like it.
*Grown-ups like it.
*The chicken is moist.
*The vegetables are tender.
*The sauce is creamy.
*The crust is flaky.
*Leftovers are magnificent. 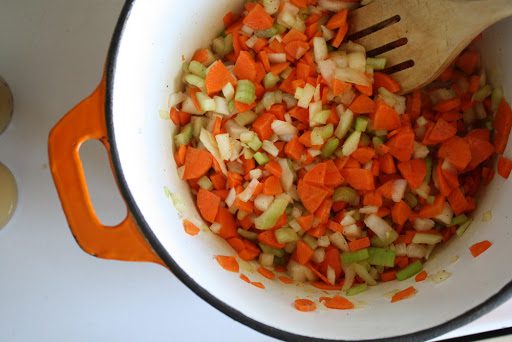 Pot pie cons:
*Over-eating. It happens.
*The crusty edges are guaranteed to inspire vigorous fights, the type that involves jabbing-stabbing forks.
*Leftovers, there probably won’t be any.
*Burned tongues, because waiting is impossible. 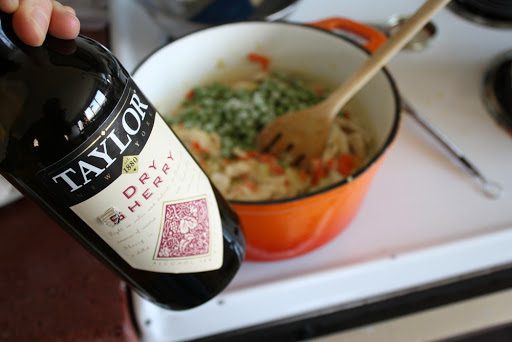 As you can see, the perks far outweigh the cons. Clearly, pot pie is, or ought to be, in your future. And the sooner the better. 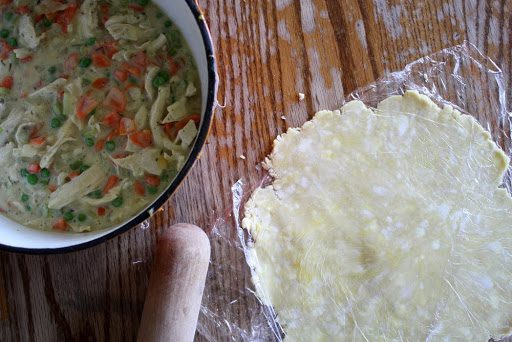 So, here’s what you need to do. (It appears I’m destined to write this post list format. Maybe this is one of the side effects of too much pot pie?)

1. Obtain 4 cups of shredded cooked chicken. Roasted is fine, or poached.
2. Make this pastry. This pastry is made for pot pie. Seriously! Change the rest of the recipe as much as you like, but whatever you do, use the lard crust. It elevates the pot pie to astonishing heights. Tops off the whole dish, too, hee-hee.
3. Chop up some veggies.

All of that can be done in the morning (and points 1 and 2 can be done days in advance), so that a couple hours before supper, all you need to do is saute, top, and bake. In other words… 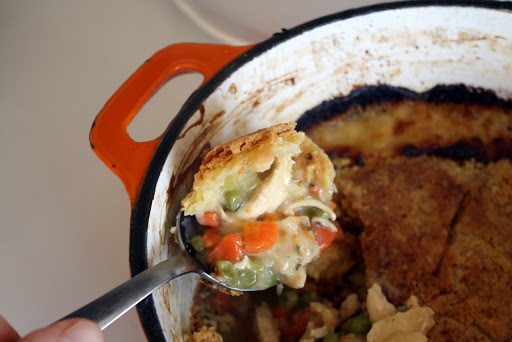 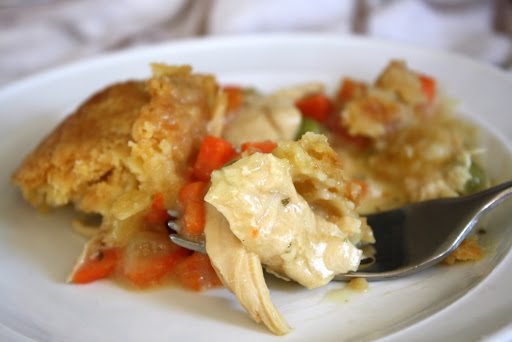 Cook’s Illustrated recommends simmering boneless chicken breasts (about 1 ½ pounds) in 2 cups of broth for 8-10 minutes. Shred the chicken and reserve the broth.

In a Dutch oven (or large soup pot), saute the carrots, celery, and onion in the olive oil for about 5 minutes. Transfer to a large bowl and wipe out the pot.

Return the Dutch oven to the heat and melt the butter. Whisk in the flour and cook for 30-60 seconds. Whisk in the milk and then the broth and simmer till thick (which will be almost immediately). Add the thyme, parsley, salt, and pepper. Remove from heat and stir in the chicken, veggies, peas, and sherry. Taste to correct seasonings. If using a Dutch oven, scrape down the sides to pretty it up, or transfer the meat filling to a 9 x 13 baking dish.

Roll out the pastry dough to the desired thickness and place atop the veggies, tucking in the edges. Make steam vents by slashing the top of the pastry in several places.

Bake the pot pie, uncovered, at 350 degrees for about an hour, or until the crust is golden brown and the juices are bubbling merrily.