For weeks, we’d planned to go to the polls together as a family. Both the older kids would be first-time voters in a presidential election and I wanted to make a little party of it. The way I wanted it to happen was: we’d go get our flu shots, vote, and then get ice cream.

But then my older son told me he’d already gotten his flu shot and my husband said he didn’t want to leave work early, and then the pharmacy said they couldn’t vaccinate anyone under 18, so. No flu shot party. (Though my older daughter and I did end up going ourselves.) And then, to top it all off, the day we were supposed to vote, a construction crew accidentally cut through a fiber optic cable which temporarily shut down voting for the entire state of Virginia. So there went that.

I grumped for a minute, and then, a couple days later, we went for Plan B: we’d all meet at the polling station. My husband and I came straight from work, my older son came from his hospital clinicals (he got to see a c-section!!), and the three younger kids drove in from home.

I’d never done early in-person voting before and had no idea what to expect. Turns out, it’s dreamy. People greeted us curbside. A person stationed right inside the doors gave us sample ballots to study. We stepped into the main area and practically glided through the steps: ID check, collect the ballot, vote, done. Mission accomplished. 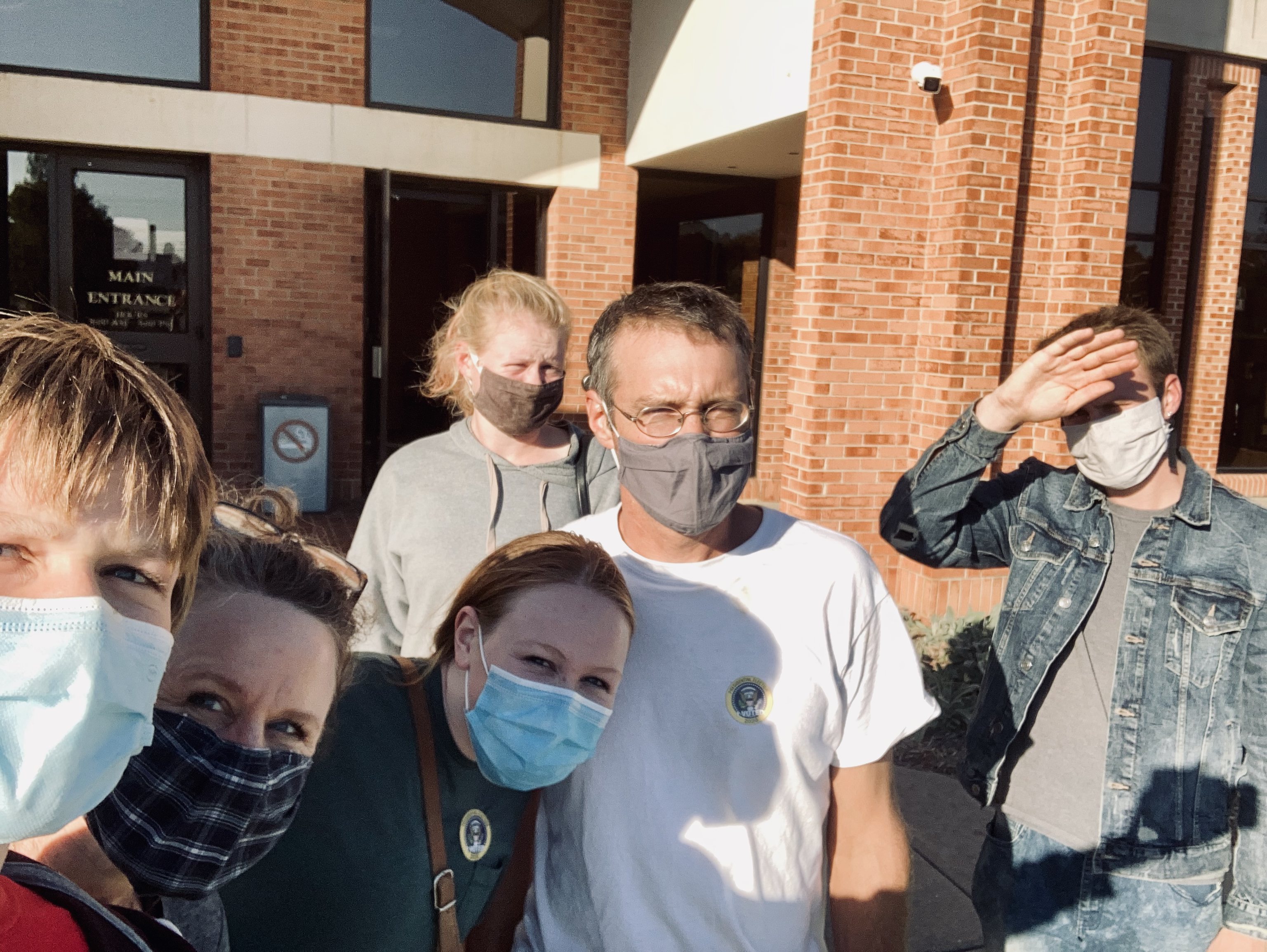 I forced the family to pause for a we-just-voted family photo — they weren’t happy about it — and then we hopped over to Kline’s for ice cream. 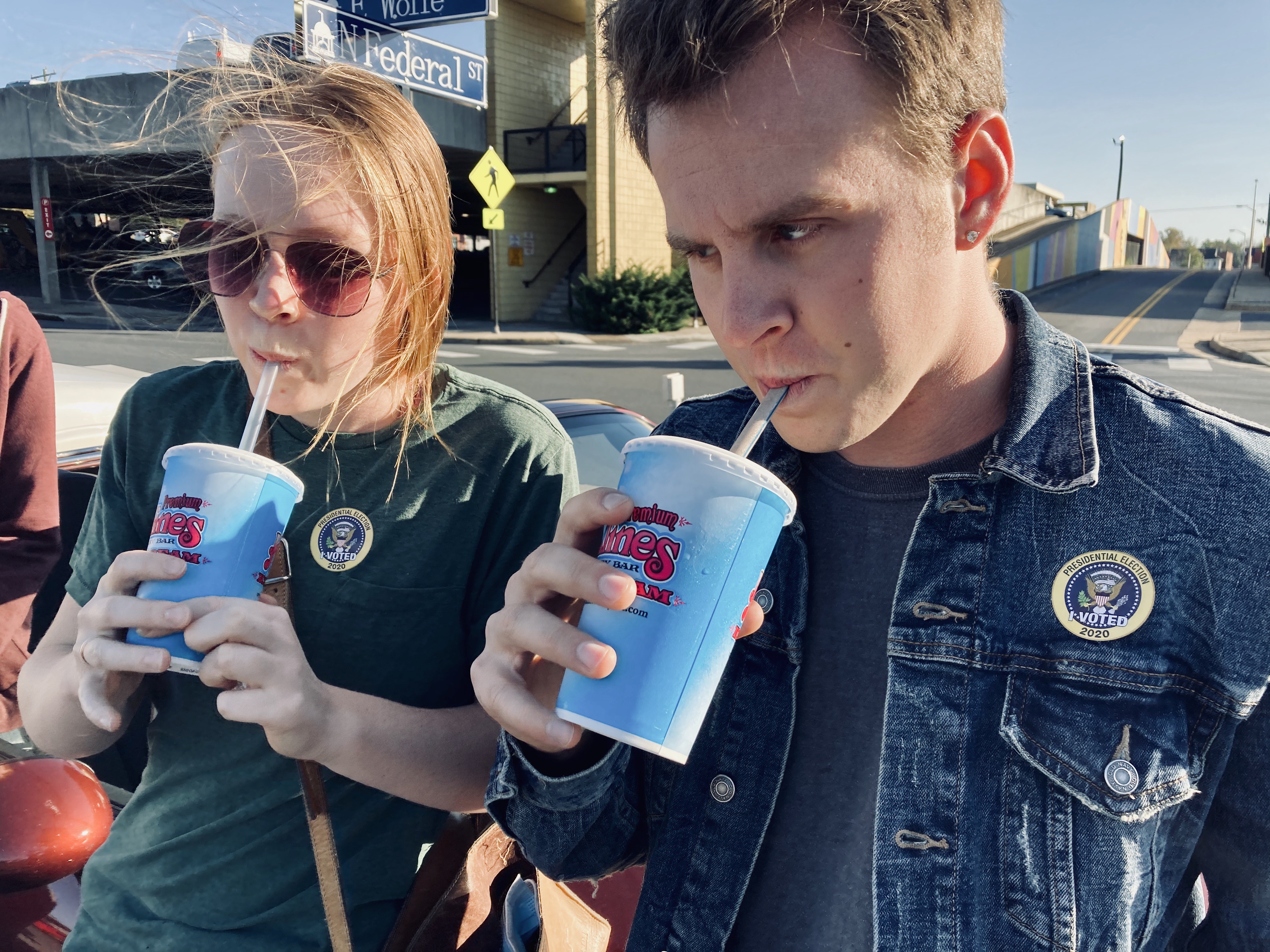 So I got my little party after all!

This week I had my first day of training to be a poll worker. The woman had told me to come in at 7:30 in the morning and to pack a lunch. I wouldn’t be able to leave until five, she said.

I’d thought training would involve a presentation of some sort, and maybe some role playing and a test, but an all-day training and we couldn’t leave? What kind of training was this? I wondered.

The morning of, the woman in charge introduced us newbies to the rest of the gathered group. Everyone signed a form so we could get paid, and we took the pledge. And then the woman assigned each of us to different stations — I was to be on the computers — gave a few instructions, and announced that we’d be opening in a few minutes.

Hang on a sec, I thought. We’re working?

Worried I’d gotten my wires crossed, I sidled up to the lady in charge. “Um, I think there’s been a misunderstanding. See, I’m here for the training and—”

“This is the training,” she interrupted cheerfully. “This is how you’ll learn.” Which actually made perfect sense, I thought.

At the computers, I dove right in. I learned how to:

We rotated positions every two hours. As ballot officer, I got to sit at a desk and hand out ballots (there are ten different ballots for the county), give voting instructions, and hand out “I voted” stickers and pens.

At the polling booth station, I seated people and instructed them how to feed their ballots into the machine — but never touched or looked at their ballots! — and sanitized after each person went through.

For curbside voting, I sat outside and when cars pulled up, ran in and out, ferrying IDs and ballots in special folders so their votes stayed private. 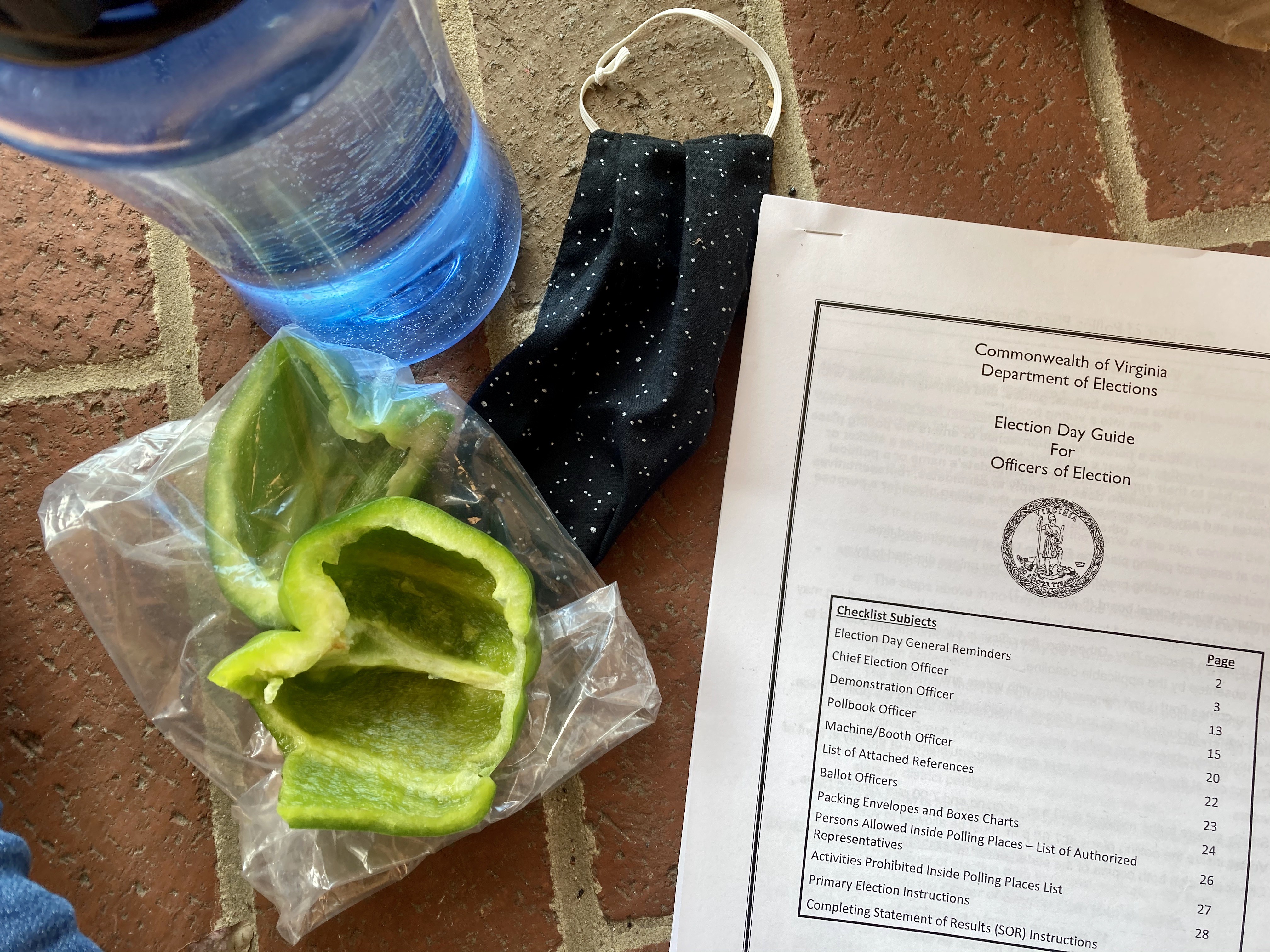 Lunch break: they say we probably won’t get a chance to eat on Election Day.

I didn’t particularly enjoy the work — office-y work isn’t really my thing — but I did find the steady trickle of people to be fascinating:

*the young mother pushing two sets of young twins in a plastic-covered wagon (“our COVID wagon!” she said)

*the person who gave me a bad ID just to see what I’d do (flag the person, I learned)

*the skeptics (Do I get to put the ballot in the machine myself? Will my vote really be counted? How do I know this is for real?)

It was inspiring, really — all these people taking time out of their day to add their voice. A little over four hundred people voted that day, and I heard that as of the beginning of that week, about twenty percent of all registered voters in the county have voted.

Then yesterday I went with Leryann for her first time voting in a presidential. 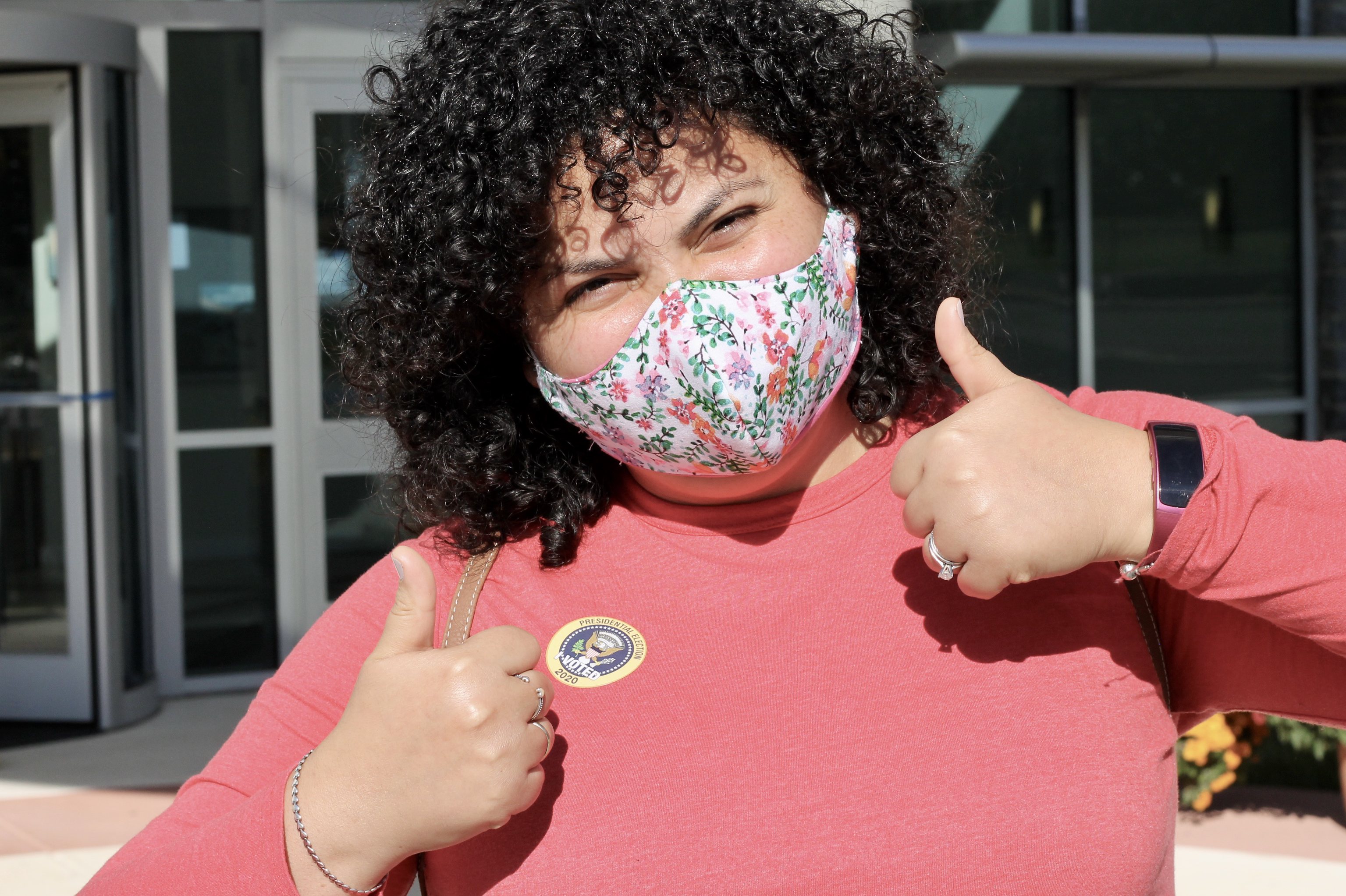 Listen, people. Please, if you have the option of early voting in your area, do it!!! Election day is going to be crazy. For example, every single precinct in our area will have the option of curbside voting which is wonderful but it does complicate things. (After running back and forth with folders and ballots, this I know.)

But whatever you do, however you do it, just do it. Please. GO VOTE.

And if you won’t listen to me, maybe you’ll listen to Inigo Montoya?

The other morning when I first discovered that clip, I watched it several times in a row — laughing all the while — before heading out on my run. As I jogged along, I couldn’t stop thinking about it. Something about the couple, the way they related to each other, their zest for life, their ordinary fabulous humanness, something, struck me as exhilaratingly inspiring.

Also, the guy seemed familiar. Thoughts of Princess Bride and Inigo floated through my mind, but no, I told myself, it couldn’t be.

Then back home I looked it up and whaddaya know, the guy was Inigo Montoya!

Which made me ridiculously happy.

This same time, years previous: the soiree of 2019, the quotidian (10.22.18), another farm, another job, back in business, winter squash soup with corn relish, field work, the adjustment, breaking news, a silly supper.