Back when I wrote about my searing eye pain, you all were very clear: go see a doctor — a different doctor — NOW. Doc Number Two said my eyes did show signs of dryness, but nothing that would warrant the level of pain I was having, and she suggested a better over-the-counter cream.

The next week, the pain grew to unbearable levels (not because of the new cream — I hadn’t started that yet) so I dialed up the new doc and together we mounted a multi-pronged approach to fixing my eyes: steroid drops, allergy meds, an eye mask, eye cream, and anti-inflammatory meds. The relief was almost immediate (probably thanks to the steroids?), and now my remedies have been streamlined to just the special, extra-thick and sodium-laced eye cream, and the eye mask. 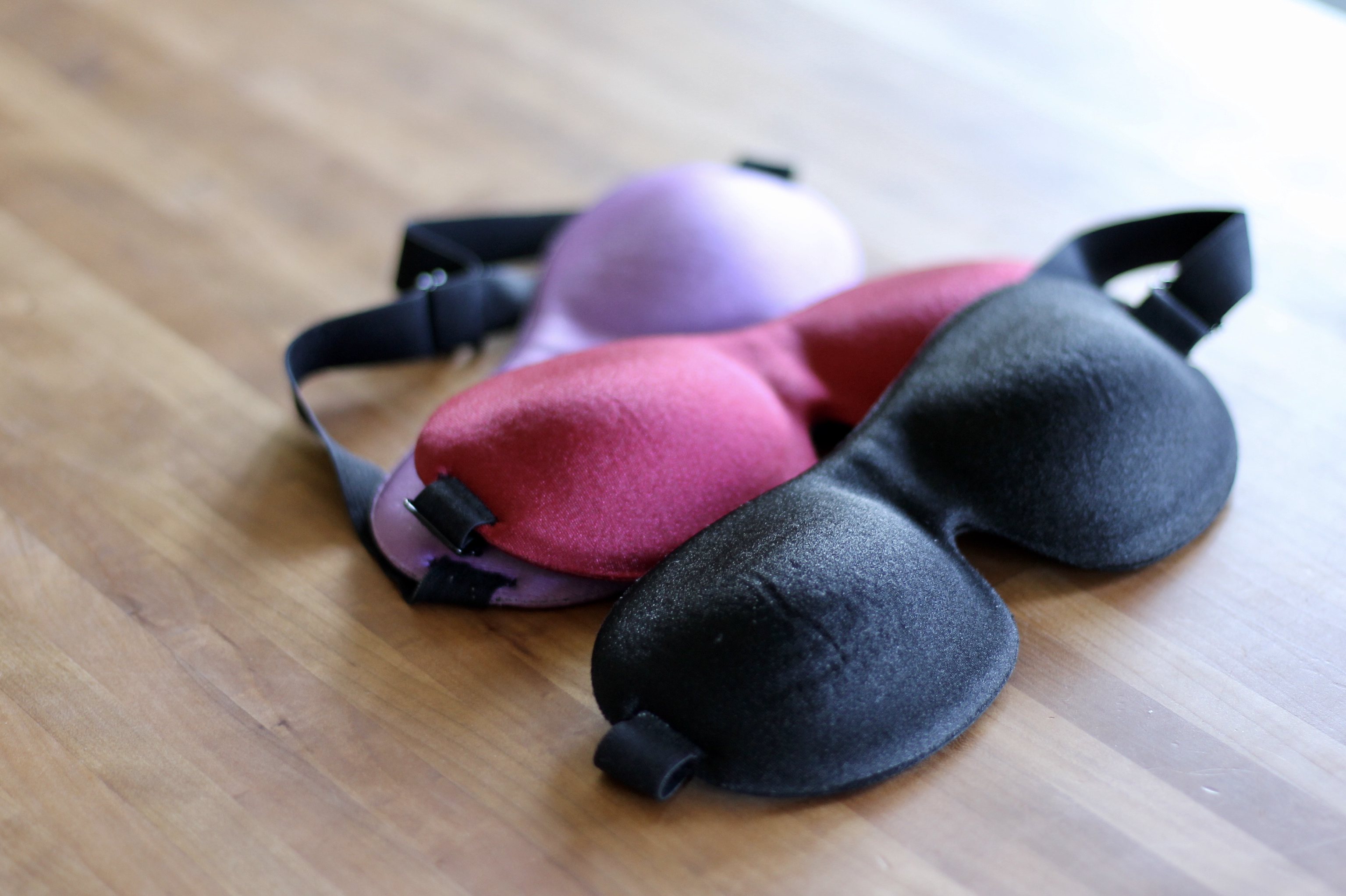 bras for your face

Ah, sleep masks. When I put it on at night, it’s like pulling down the shades. Darkness — BOOM, I’m out.

Also, I have almost zero eye pain now. (Though sometimes, if the mask slips off at night, my eyes are sore when I wake up, so my hunch is that the fans in our room were drying out my eyes and the eye mask helps protect against the swirling, drying air.)

The Peanut Butter Falcon (Amazon Prime) is the best movie I’ve seen in a long time. (And it’s new (2019) and I’d never heard of it, what the heck?) My older son discovered it and said we had to watch it. Like, immediately. We persuaded him to wait forty-eight hours until our Sunday family movie night, but afterward I told him he gets the award, hands-down, for best movie pick.

From the same makers (or whatever you call them) of Little Miss Sunshine (and I detected O Brother Where Art Thou vibes, too), The Peanut Butter Falcon is delightfully quirky, heartwarming, funny, and real — exactly the sort of movie I’d happily watch over and over again.

A friend posted a photo of a cucumber salad on Facebook and I messaged her for the recipe. Since then, I’ve made it a bunch of times. 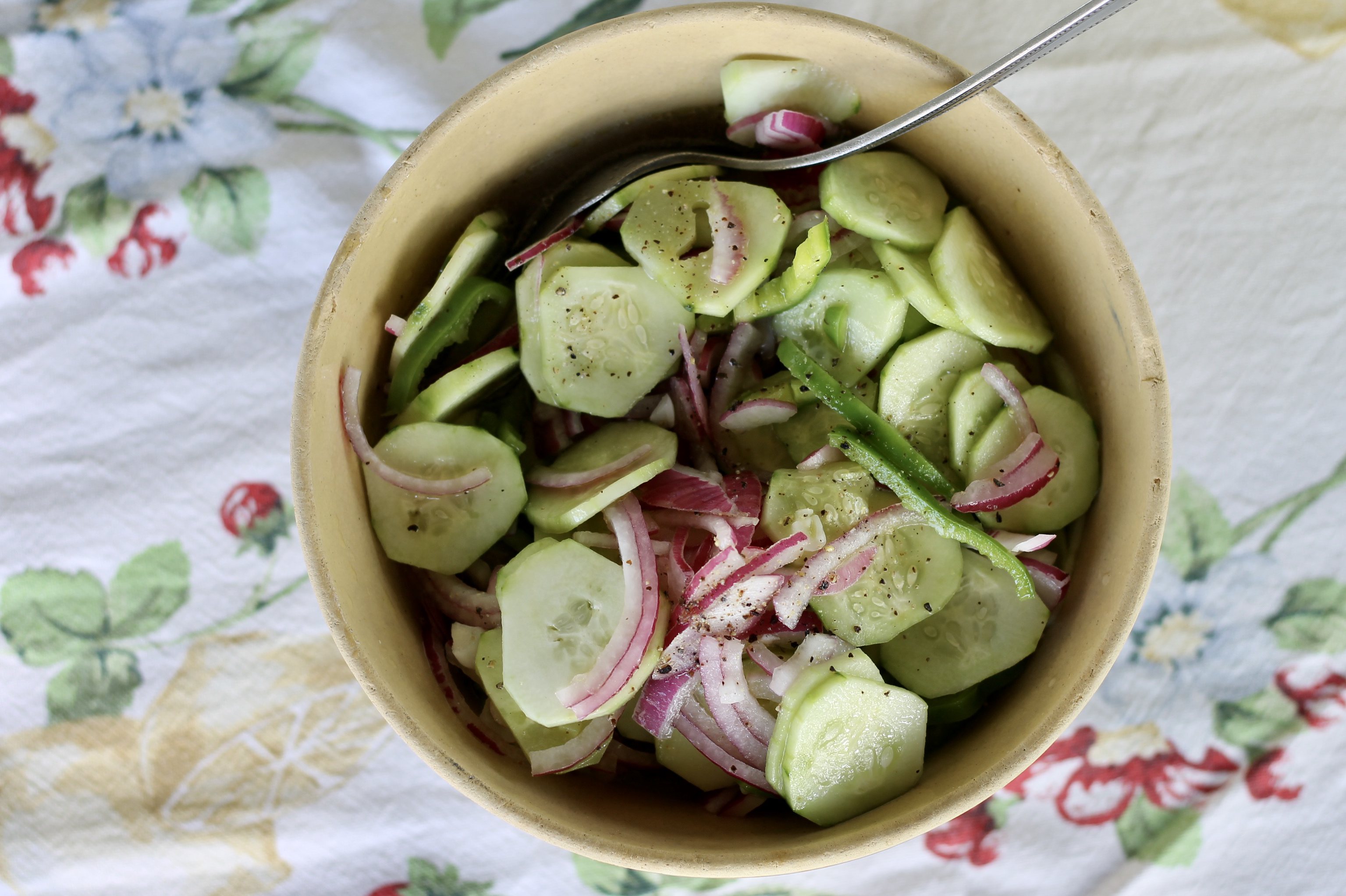 *It uses a bunch of cucumbers.
*It easily absorbs other in-season veggies, like green peppers, red onions, and tomatoes.
*It’s a good make-ahead salad.
*It keeps well in the fridge so you can pull from it whenever you need a hit of veggies.
*It’s light, and tangy-sweet.
*It goes good with everything: beans and rice, mac and cheese, burgers, corn-on-the-cob, etc. 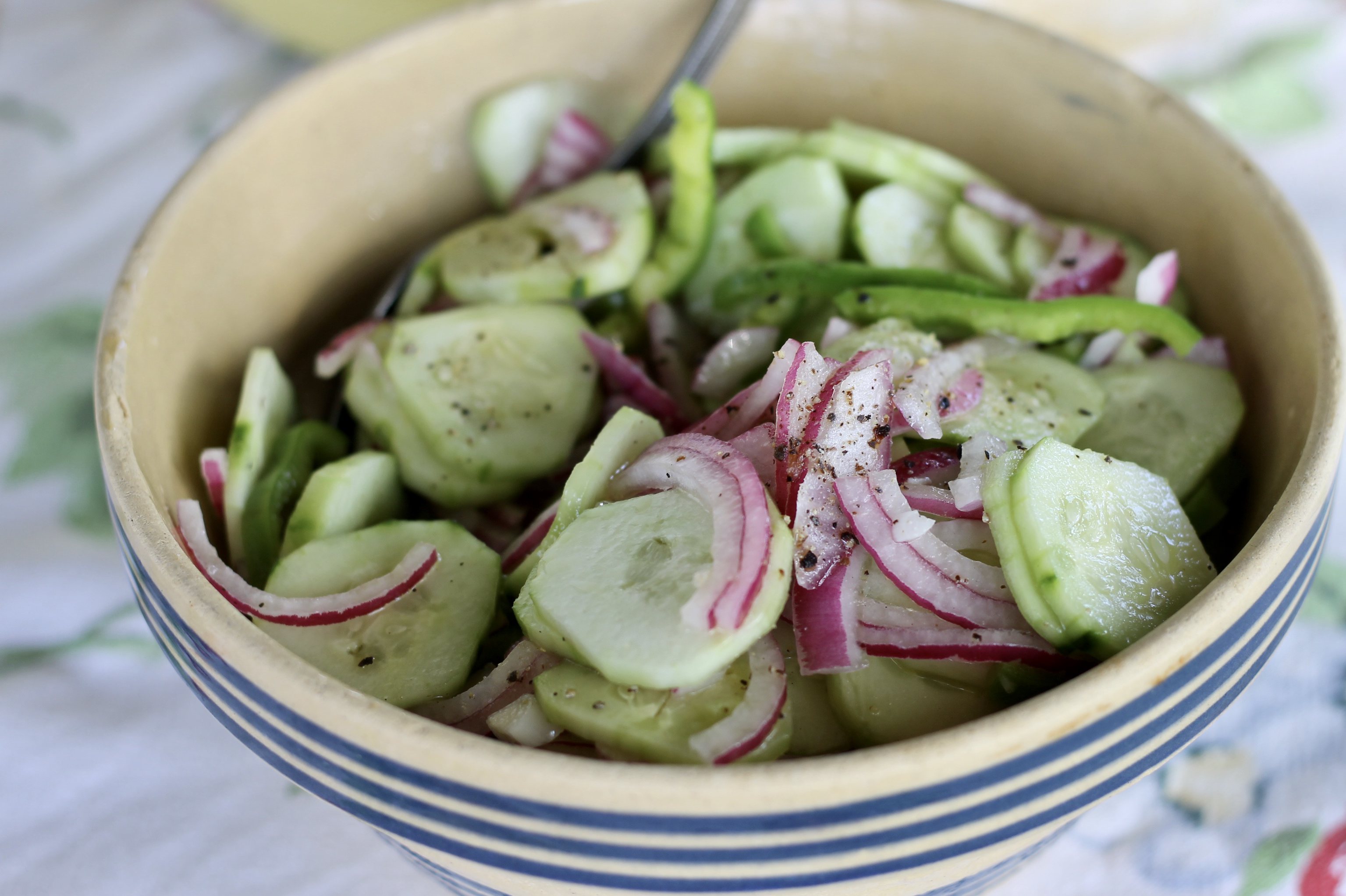 Pour the dressing over the veggies and press them down to submerge. Refrigerate, stirring once in a while. Before serving, let set briefly at room temp until the oil de-solidifies.

This podcast, On Female Rage (NYTimes), is powerful, and a must-listen. “This anger [is] … about necessity: what needs to boil us out of bed and billow our dresses, what needs to burn in our voices, glowing and fearsome, fully aware of its own heat.”

When a friend mentioned that she had the boxset of March, John Lewis’ series of three graphic novels detailing his life, I immediately asked to borrow them. 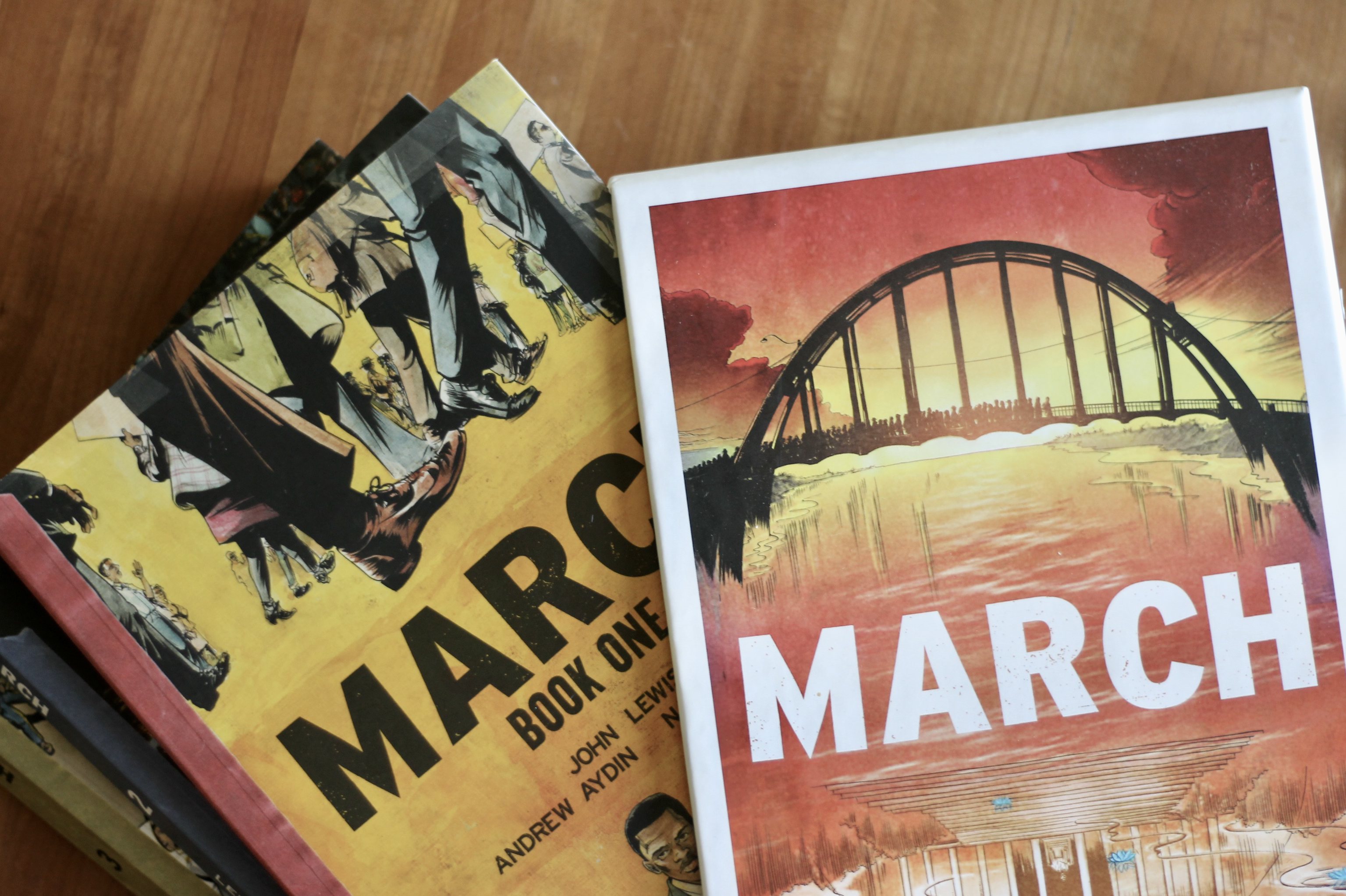 My younger son devoured them — when he was partway through the first, and on the same day that Lewis was lying in state in the U.S. Capitol, he piped up, “I sorta wish John Lewis was alive right now so I could write him a letter” — and the girls are reading them now.

They say they don’t like graphic novels but I’m making the books required reading. 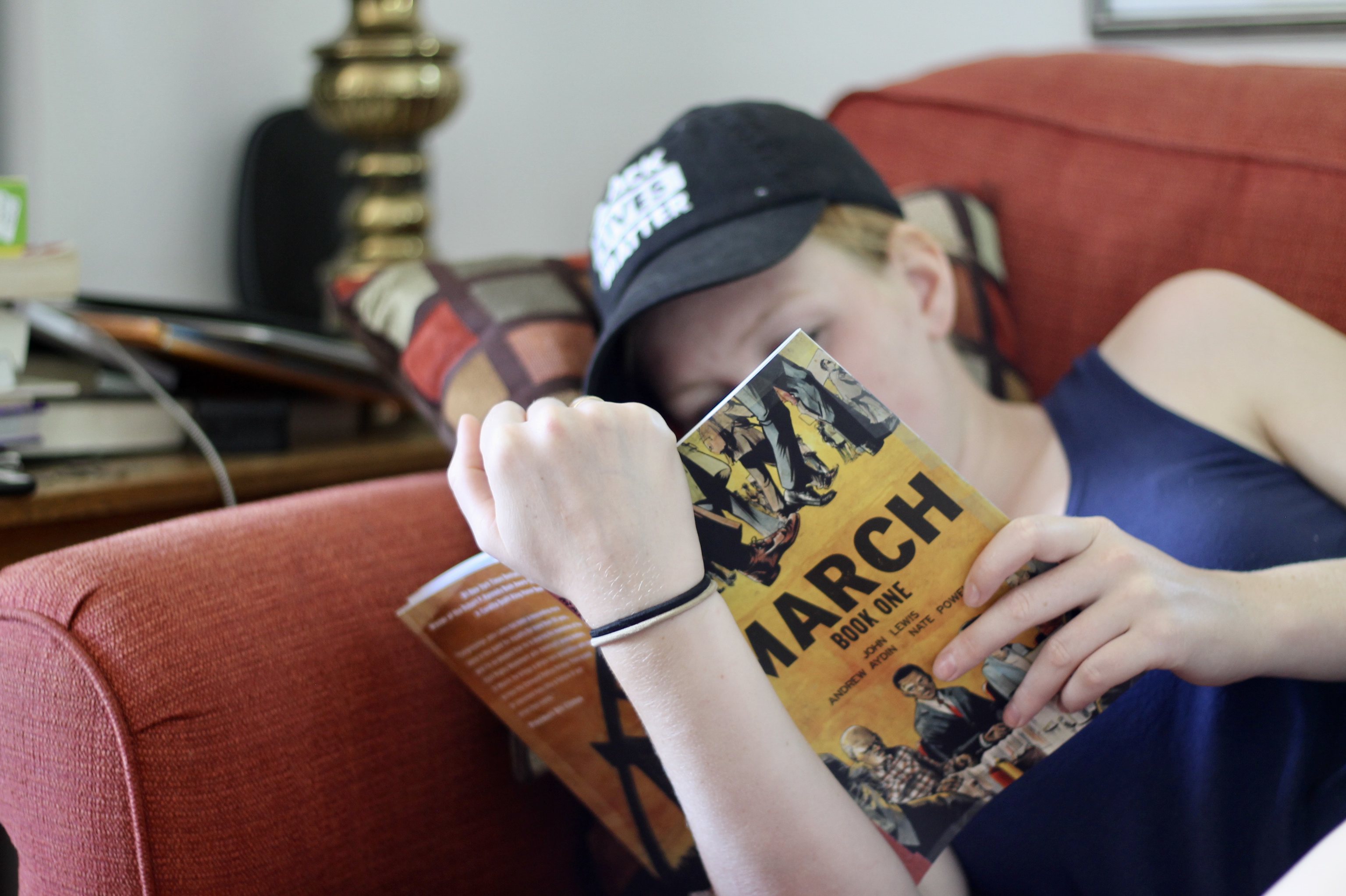 I just finished the second one which focused on the Freedom Riders and the March on Washington. What stands out to me most is that the civil rights movement was such a process. I tend to see the movement as inevitable — a series of obvious steps that had to be taken to get from Point A to Point B — but it was anything but.

Nothing about it was inevitable. Absolutely nothing.

My takeaways:
1. Change isn’t a given.
2. Uncertainty over how things will end is no excuse not to act.

My local grocery store finally started carrying champagne and sherry vinegars! (Also, they’ve gone from not wearing masks to posting an employee at the door to hand them out, hip-hip!) 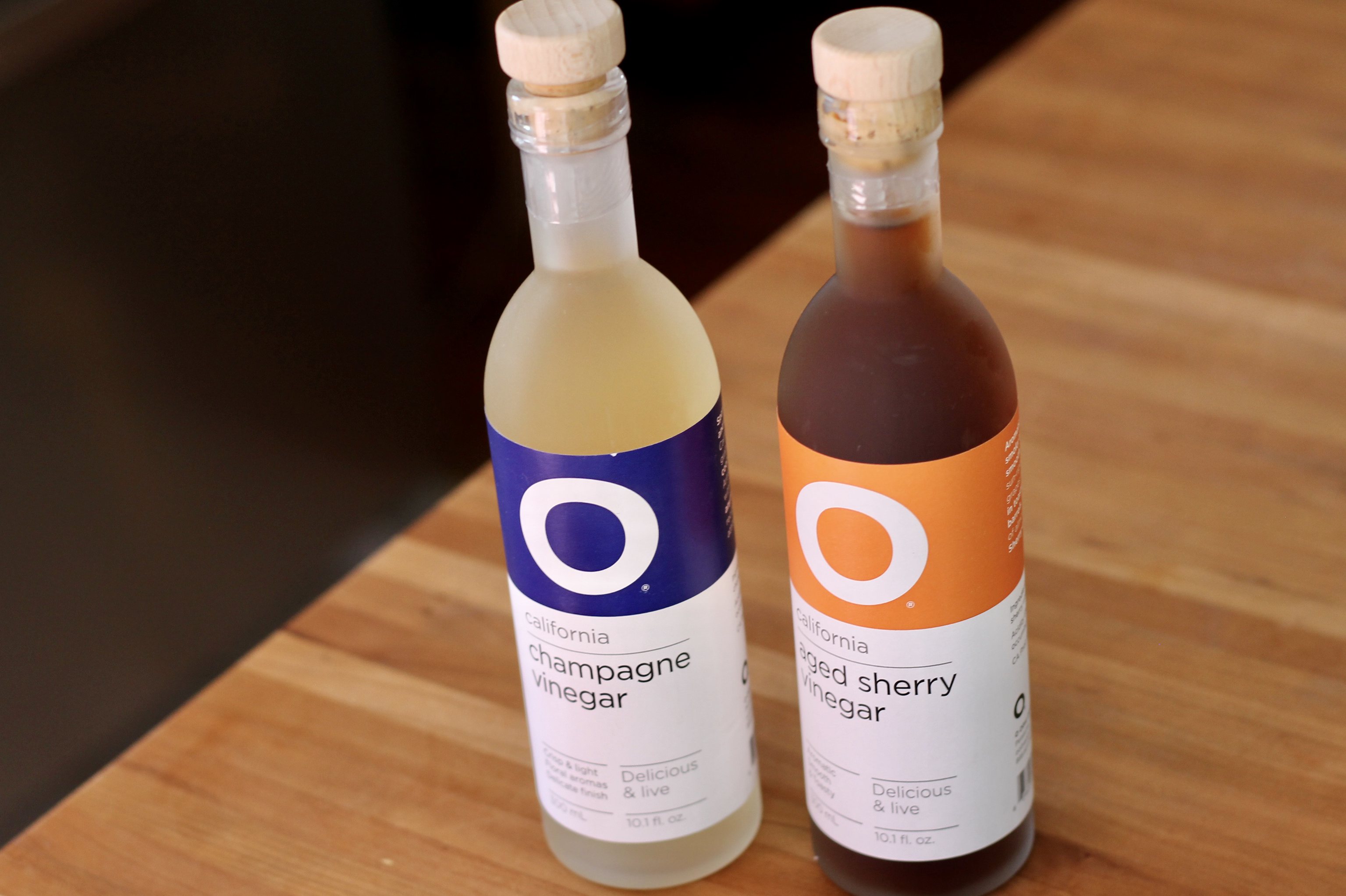 I’ve been on the lookout for these vinegars for years, but, unwilling to go out of my way to track them down, I just slogged it out with the basics — apple cider, white, and balsamic — all the while knowing that a little vinegar upgrade might seriously improve my cooking. And now I get to find out!

So far, I’m mostly just drinking (sipping) them straight and arm twisting family members into taking blind taste test. Which is actually quite entertaining. In fact, if you need a pandemic activity, I highly recommend pulling out all your vinegars and holding a tasting.

When a real-live interview is more hilarious than a late-night comedy show. 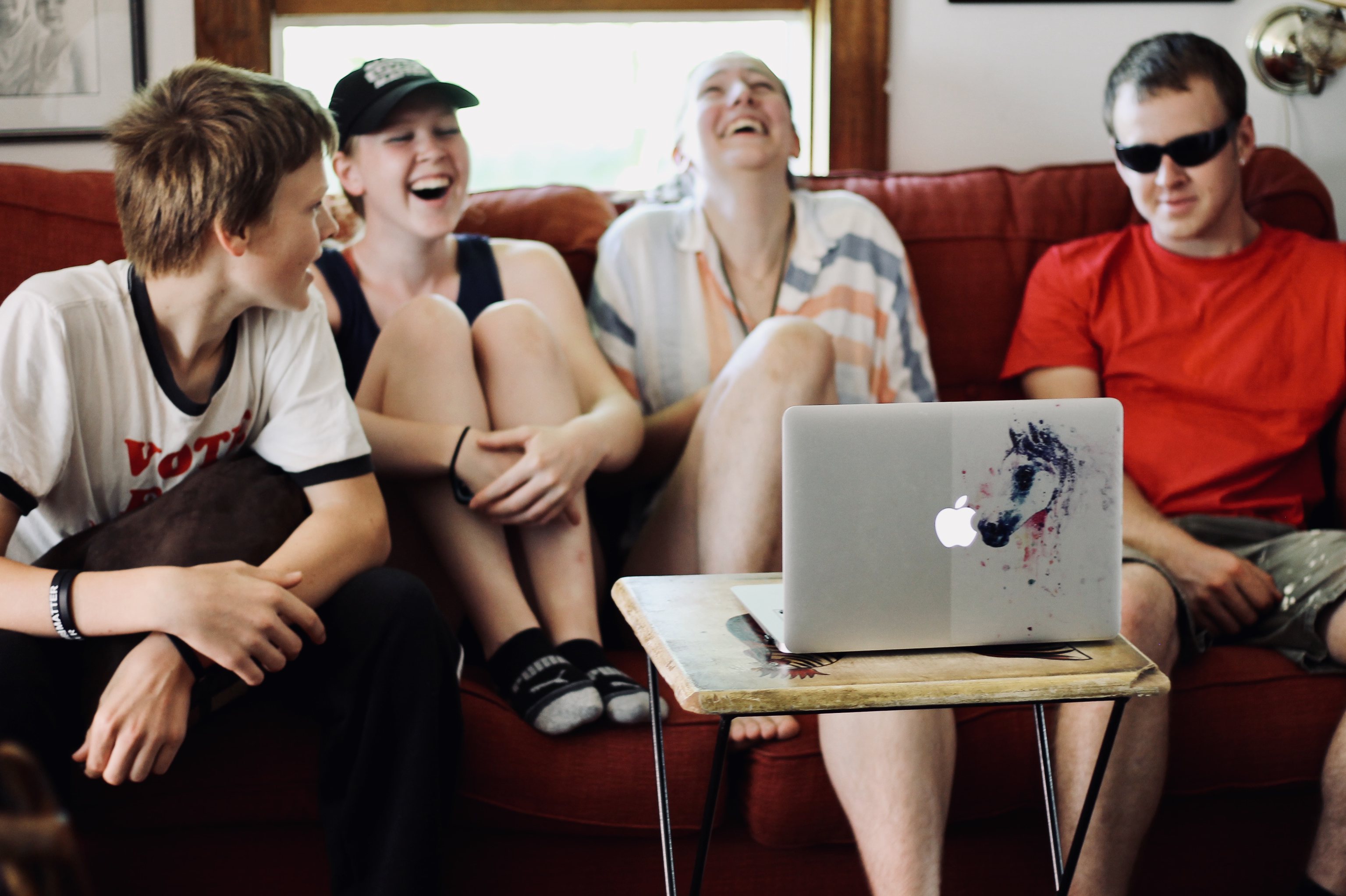 The emperor has no clothes indeed.

And to conclude, two things:
*This chilling Fresh Air interview with Stuart Stevens, a GOP strategist. Brace yourself.
*Kamala!