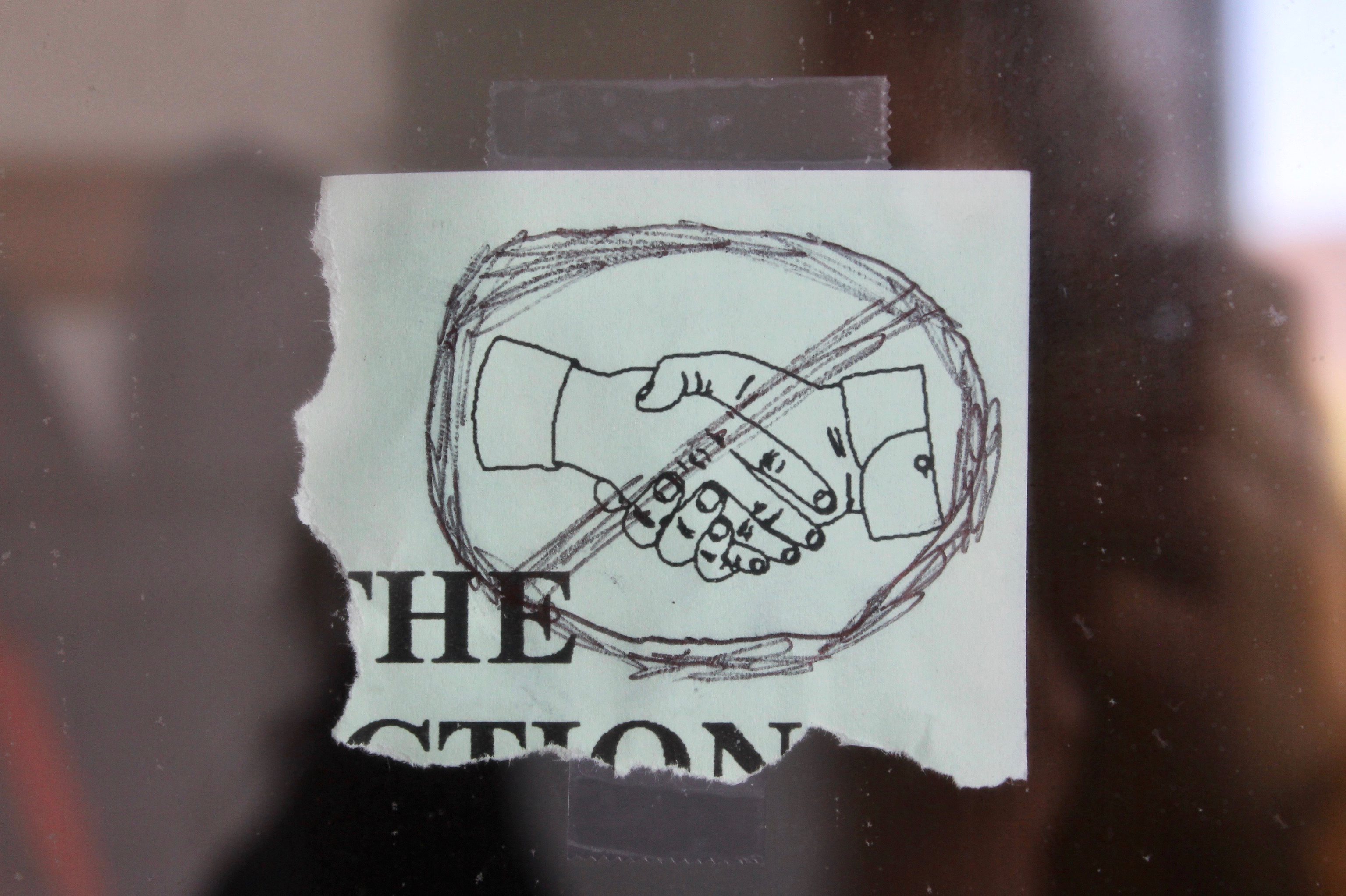 Taped to our front door: I guess my younger son thought we needed reminding?

Younger son: Hey Mom, should I put all my church clothes in the attic since I’m not going to wear them?

The news gives me whiplash. One day it’s dire and the next there’s all these positive signs and then — hang on a sec, things don’t look so good after all.

Whatever. I’ve decided we’re in this for the long haul, so that’s that. 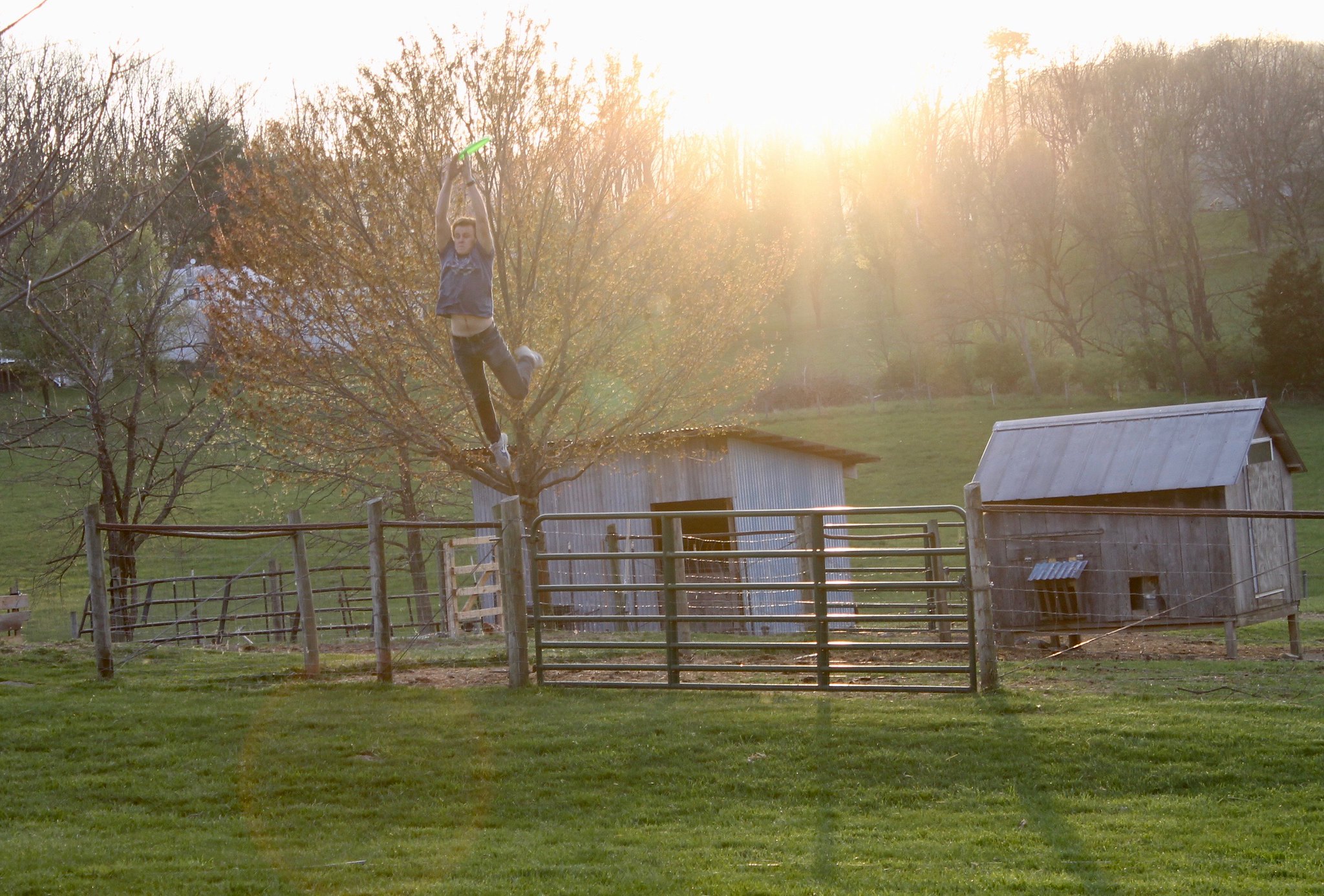 I like it that I’m in charge of three meals a day, no interruptions. I like knowing exactly how many people will be at the supper table: six. I like the seamlessness of our days, days largely devoid of transitions and transportation and scheduling hassles. I like waking up and knowing that we’re all here, together. 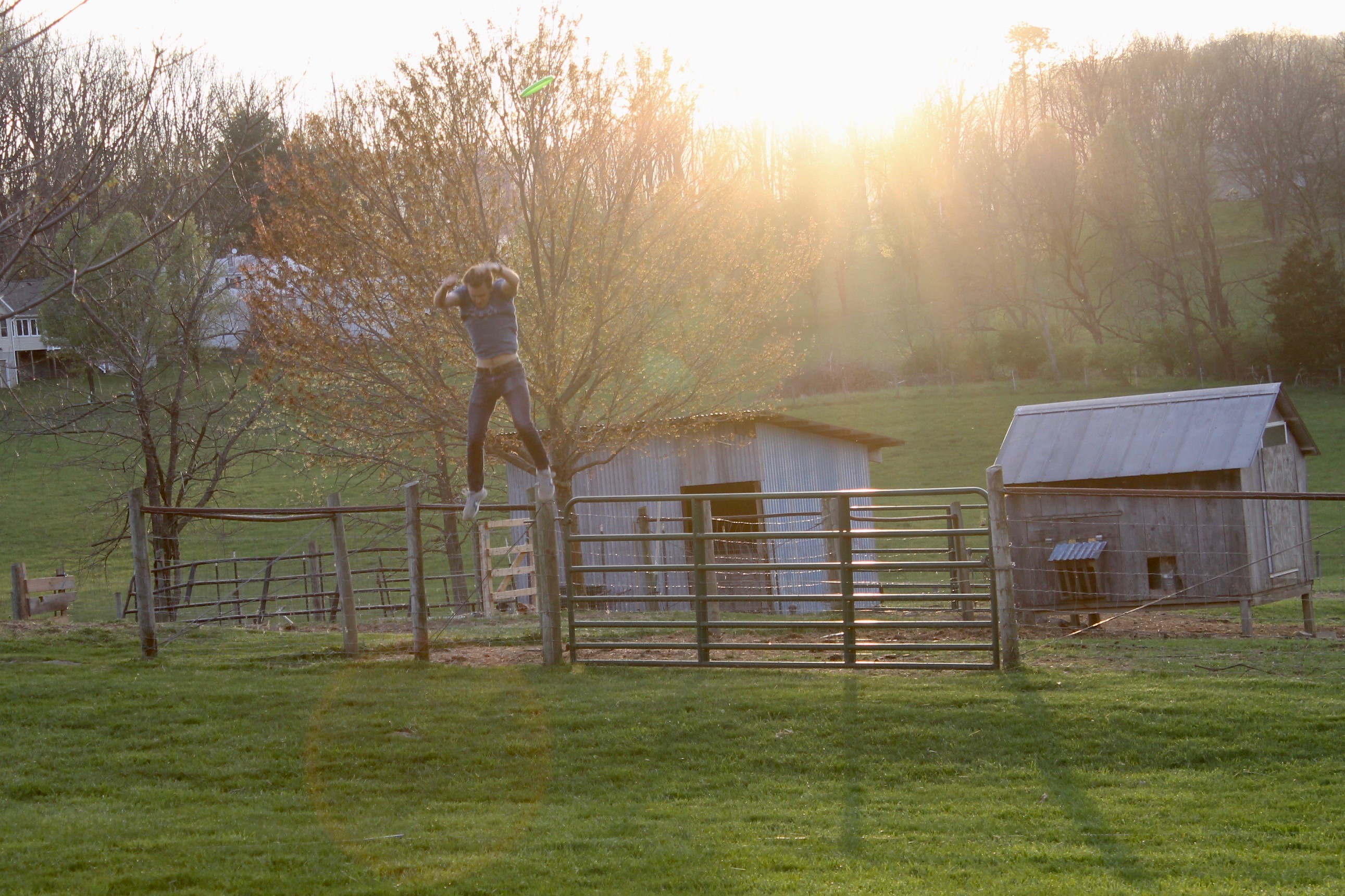 An unusually high level of sustained gratefulness dominates my thoughts. Some mornings I even wake up feeling like I could live like this for a long time. 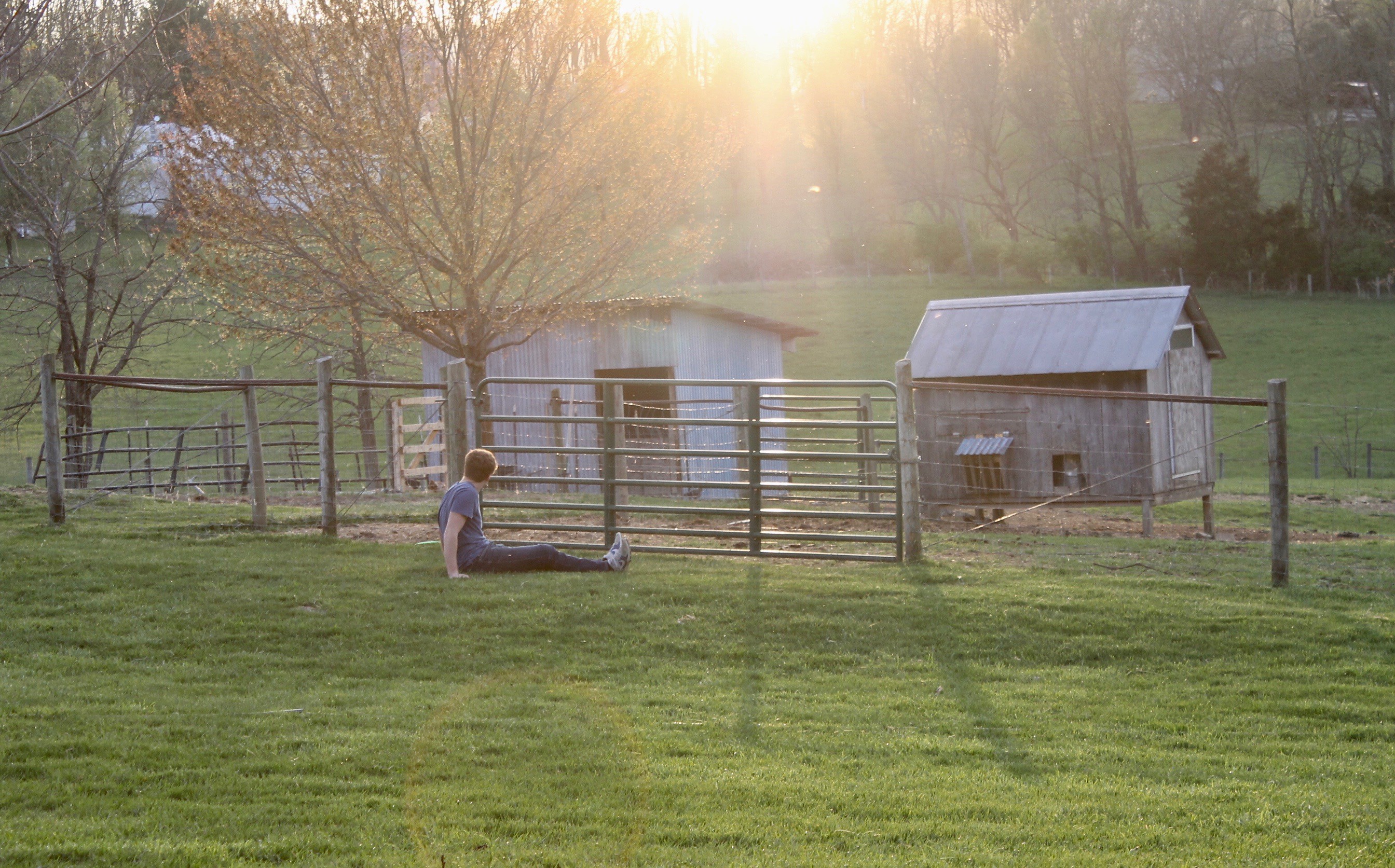 Which is not an emotion this restless, needy, often-bored mama is accustomed to at all.

You know what’s weird? Suddenly, for the first time in my life, my slow-paced, home-based lifestyle is mainstream. Watching as people make the adjustment to a lifestyle I’ve always known, listening to their observations and struggles, is akin to culture shock, but in reverse: my norm is now the norm and everyone is shocked.

It’s almost trippy, in an Alice-in-Wonderland sort of way.

I don’t know what to make of it.

From a quote I discovered in a book I’m reading: 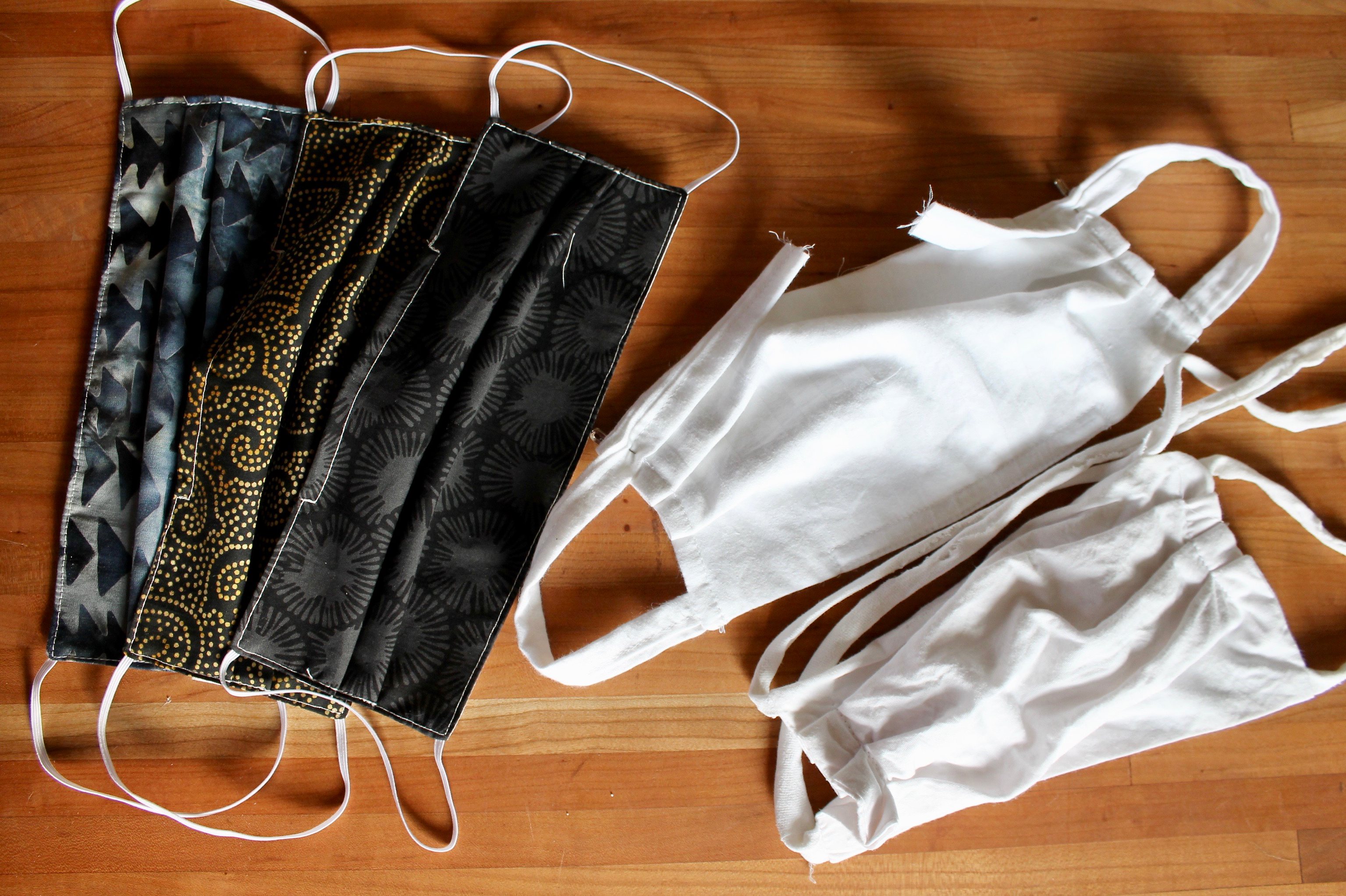 When I interviewed Kim, one of her pieces of advice for us was, “Try and wear a mask in grocery stores — to protect others.” I didn’t include her advice in my post, though. At the time, we were having a mask shortage (still are) and leadership was requesting that we save the masks for those who were ill, and for the medical professionals.

It felt weird though — dishonest, almost — to intentionally ignore the wisdom of people living on the front end of the pandemic, but what was there to do?

Now, nearly two months later, we’re finally catching up. Before, wearing a mask in public felt like a crime; now it feels irresponsible not to.

The other day, my cousin-down-the-road passed me several letters that I’d written to her when I was a teenager. At supper one evening, I read parts of them out loud to the family.

I got a kick out of showing the kids how much I wrote (and wrote and wrote and wrote) when I was their age. One of the letters was typed on an electric typewriter; that my 15-year-old self was so thrilled with that fact tickled my children to no end.

The things I wrote about — like, fixing up our new house which, to them, is the house their grandparents used to live it, and the oo-la-la dating news of the now-parents of their friends (“do you think anything will come of it?” I’d written) — had a weird circle-of-life feel to it.

But the best part was my matter-of-fact reporting on the subject of our family’s animals. Listen:

Pepper, our dog, got hit by a pick-up truck several Sundays ago. She yelped and yelped and would not stop. It sounded so like a human that I cried and cried. We all begged dad to shoot her, but he wouldn’t. Pepper is still alive. Her tail’s broken and she’s limping (her right, hind leg is really sore), but she killed a big groundhog the other day.

Dad did shoot the cat, though. The cat had numerous diseases and was just plain sick. So we got two new male kittens — Tom and Jerry.

Zachary’s crow died (we think it suffocated on a marshmallow that one of dad’s students fed it).

We got a lamb that had pneumonia and it was getting better but now I think it’s regressing.

So that’s an update on the beasts.

By the end I was laughing so hard that I was honest-to-goodness weeping.

All this to say, if you need some dinnertime entertainment, consider digging that box of letters out of the attic. Chances are, you’ll find some gems.

I keep thinking about how, when my husband and I lived in Nicaragua, we went about batty with boredom. No NPR, no internet, no movies, (almost) no books, no English, no family, no stores, no car, no phone, no running water, no, no, no… Everything we did — all our play and work — we had to create ourselves. The mind-numbing exhaustion was intense.

Now, when I get grumpy and whiny and bored, I recall those years and immediately any tedium I’m feeling suddenly pales in comparison. 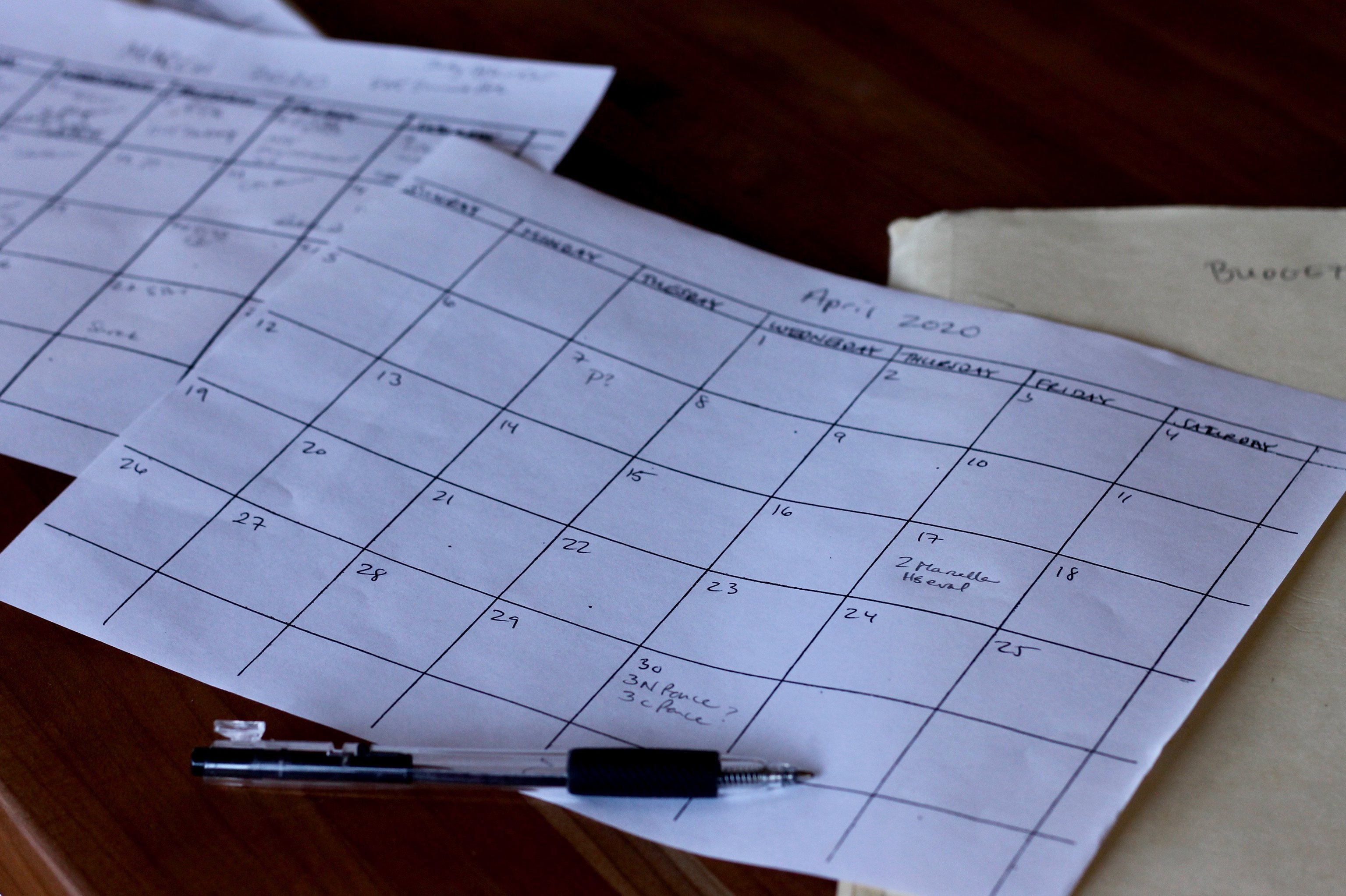 (I still get bored, though.)

Watching: Some Good News (we loved the second episode), Webber’s free shows on YouTube, You’ve Got Mail (the perfect family escape-from-reality movie), West Wing (a world in which national leaders are competent, imagine!), Self Made (so disappointing, and it had such potential, too).

Reading: Clock Dance by Anne Tyler and What I Know For Sure by Oprah Winfrey to myself, and Dicken’s Great Expectations to the two younger kids.

Wishing: I could get out all the books I have on hold at the library.

Listening: Fresh Air’s Cooking During Covid-19, and, since my older son’s in the house, lots of his music. (Me, on repeat: TURN IT DOWN.)

Looking forward to: Hamilton at Home, this Friday at 7:00 pm!! (Update: it’s been canceled, wah!)