You know how certain recipes just hit a nerve? Like, you see them and you just know: This recipe is The One. I have to have it. NOW.

A couple weeks back when Deb posted a recipe for a roasted sweet potato salad, that was my reaction. Right away (almost) I was flying to the store for cilantro and avocados and then, when I realized I’d overlooked the pepitas, calling my husband at work and making him stop by the store on the way home. 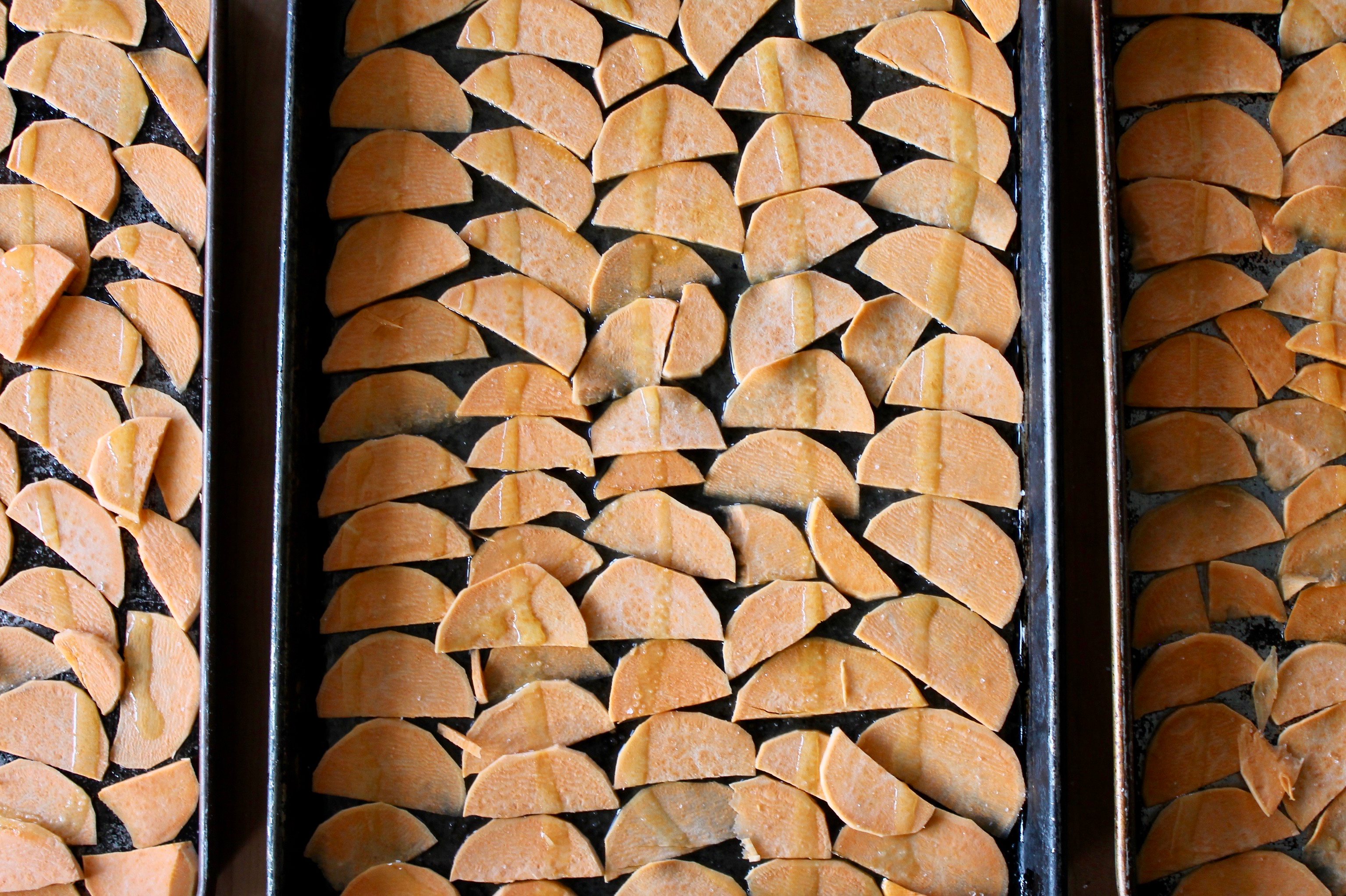 That day (or one very soon after — I don’t remember the exact timeline), I spent the dinner prep slicing sweet potatoes, arranging them in tidy rows on pans puddling with olive oil, and then roasting and flipping them so they got nice and toasty brown on both sides. Some of them I baked too long, so I picked those out and quick sliced another half of a potato to supplement. 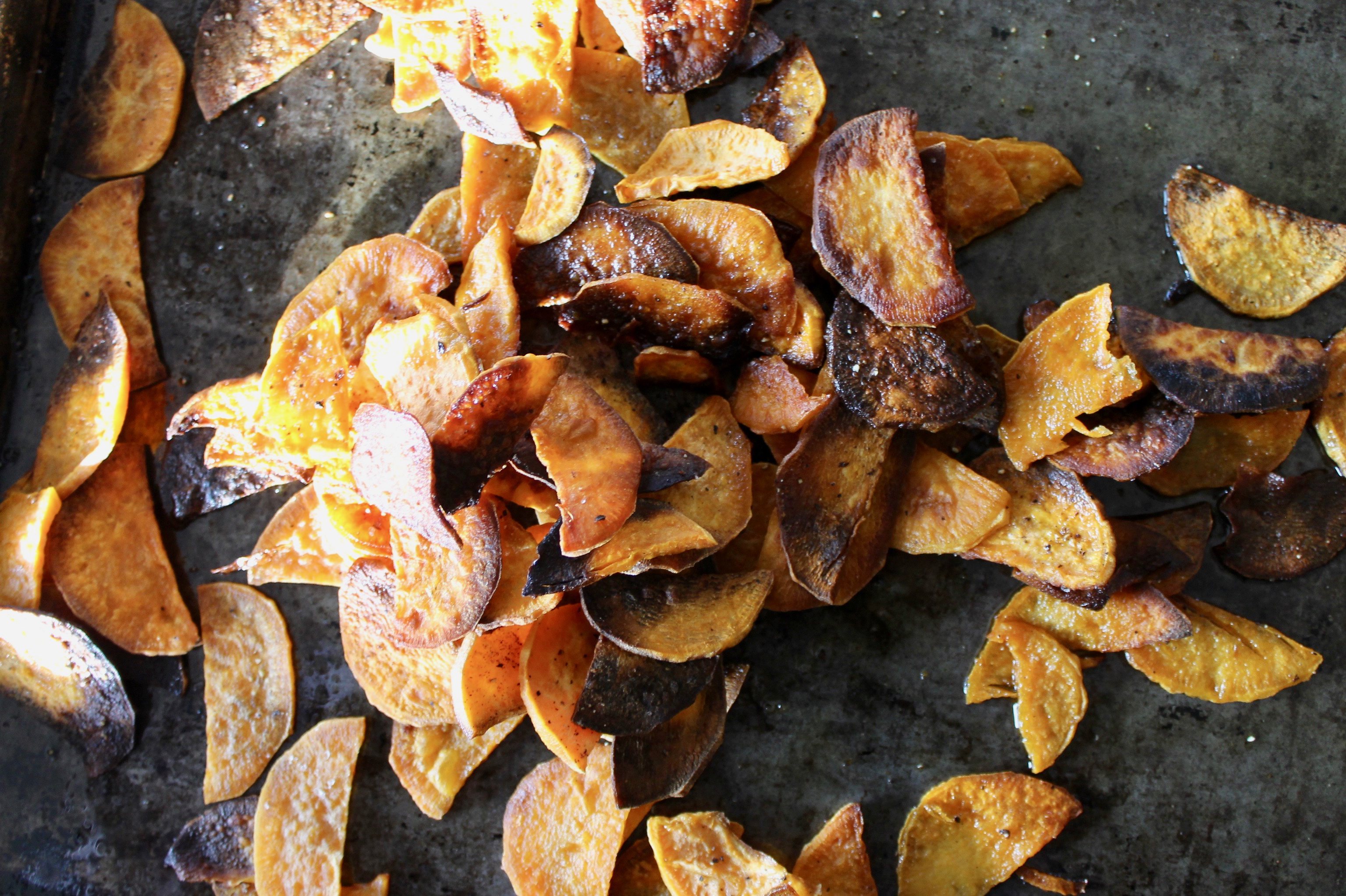 Kids wandered through the kitchen, snitching potatoes when they thought I wasn’t looking and then dodging and fleeing when I stormed them, arms flailing. (And then, the kitchen cleared of kids, I’d pop the potatoes I’d just saved into my own mouth, shh.)

“We’re going to eat them just like that, right?” my older daughter had asked.

“Nope, I’m making a salad with them.”

Then, “Mom’s ruining the potatoes,” she announced to her brother who’d just walked in, and I had to have the whole conversation all over again. 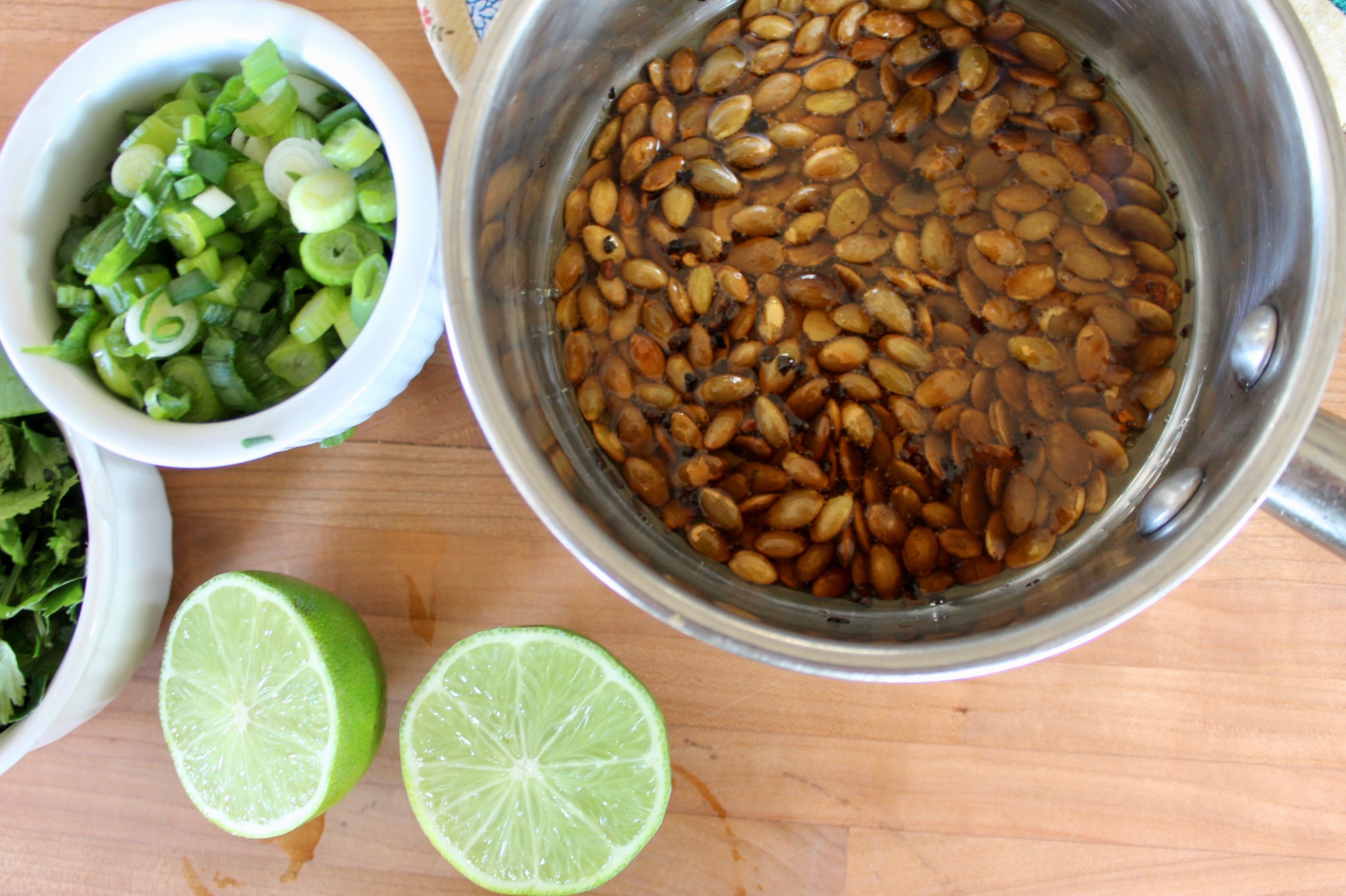 By the time I smacked the pan of salad down in the middle of the table, the entire family was in a snit. Mumbled cries of “You ruined them,” and “But why?” and, “Isn’t there anything else?” greeted my gorgeous creation. Teeth gritted, I scooped salad onto plates.

And then they ate the salad and some of them even actually liked it (giant eye roll).

“I’m actually kinda digging this,” my older son said (who, to be clear, had been the only child who hadn’t fussed). “Now I get why you added all this stuff.” And later that evening, my husband, with no prompting, mentioned the salad again. “It was really good,” he said, “Like, really good.” Ha!

I made the salad again a few days later, this time as a meal delivery for my parents (and plus a grape pie and vanilla ice cream). 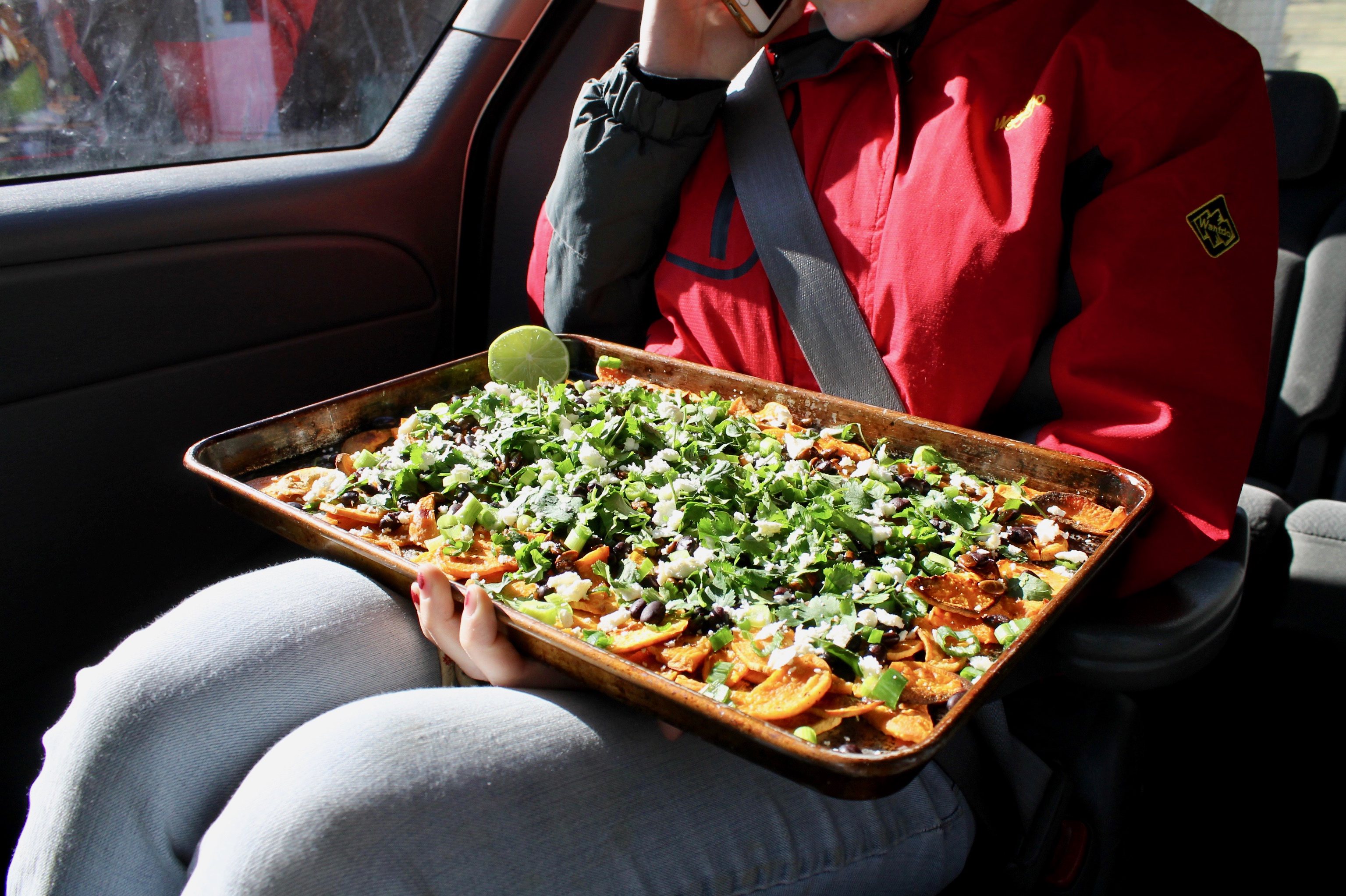 “I can’t have this salad around the house,” I explained. “I’m absolutely helpless against it. I lose all control.”

So there you go. The sophisticated one has spoken. 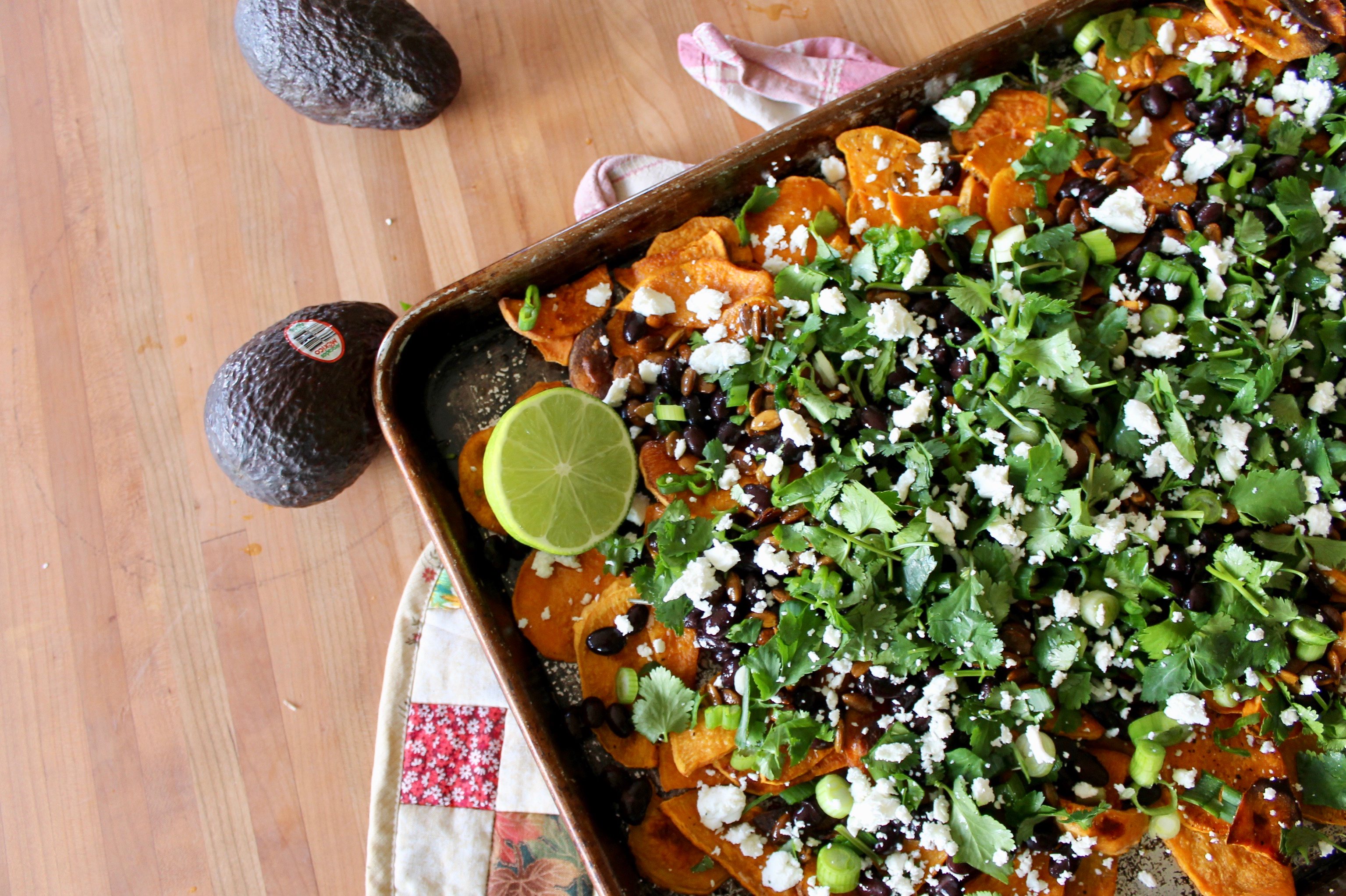 I peeled my sweet potatoes but Deb says that’s unnecessary.

Arrange the potatoes in a single layer on sided baking pans that have been liberally spread with olive oil. Sprinkle the potatoes with plenty of salt and black pepper. Bake at 400 degrees for 10-15 minutes, or until they are starting to brown on the bottom. Flip the potatoes and continue baking until the second side is nice and toasty brown. As each tray finishes (you’ll probably have about three trays), consolidate the potatoes into one baking sheet.

In a small saucepan, combine several tablespoons olive oil (the stuff leftover from the baking trays, or fresh oil), the pepitas, and the red pepper flakes. Simmer them over medium heat until the seeds are golden brown. They can go from raw to burned in no time, so keep a close eye on them.

To assemble the salad:
Sprinkle the beans over the potatoes. Drizzle the olive oil and pepita mixture over top. Squeeze the juice from one lime on top. Distribute the avocado slices, cilantro, green onions, and feta over all. Drizzle with more lime juice, if desired, or chop the remaining lime into wedges and nestle into the corners of the pan. 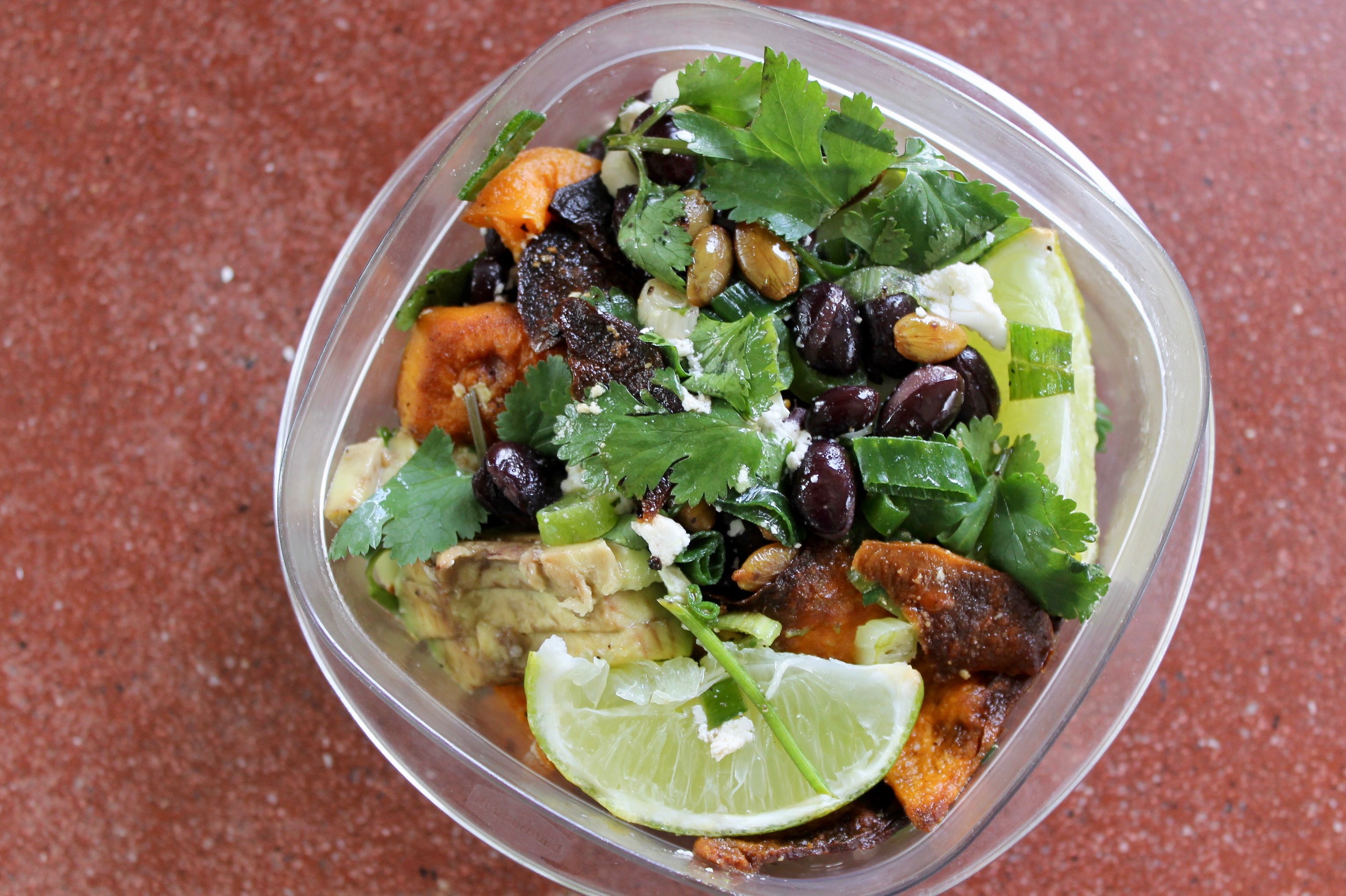 Leftovers are fantastic: just take out any leftover avocado prior to refrigerating the salad (it would taste fine, but the browning makes it look icky), and then, right before eating, add some fresh avocado, if you want.