Here’s a glimpse, once again, at what we’ve been eating over the last week or two… 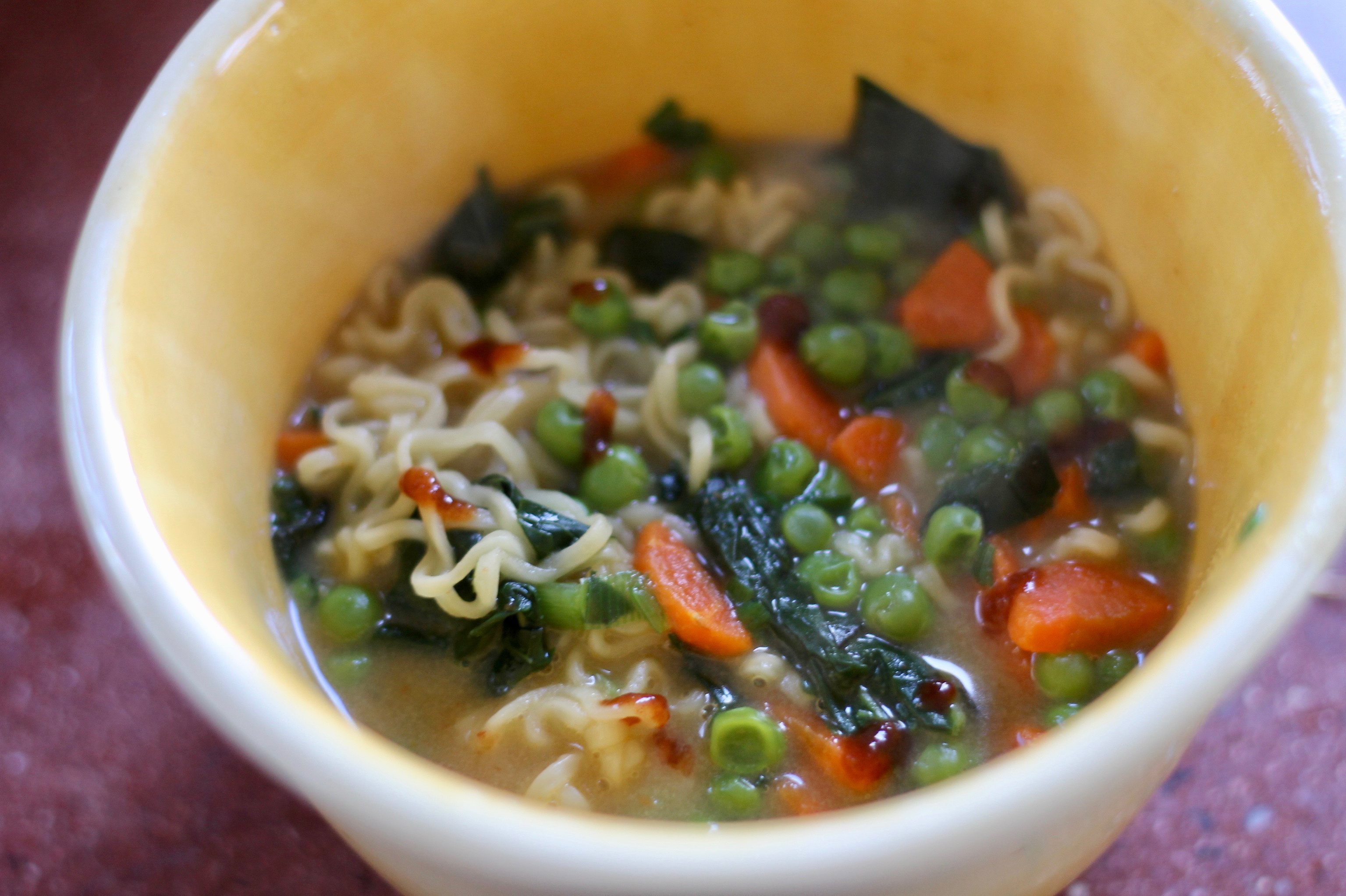 After watching this You Suck At Cooking video, I developed a major hankering for ramen. I made my husband stop by the store to pick some up, plus some green onions and broccoli. I like the hot sauce and peanut butter version, and I added a spoonful of thai curry to the latest batch. (I have no idea what version’s in the photo, but it’s packed full of veggies: collards, peas, and the like. So, so yummy.)

In a similar vein: what are your thoughts on MSG? I’ve always avoided MSG (and thus the reason that I rarely bought ramen), but I recently read that MSG is not bad for us like we were led to believe and that it’s perfectly fine to use it on occasion and now I’m considering buying some. Should I? 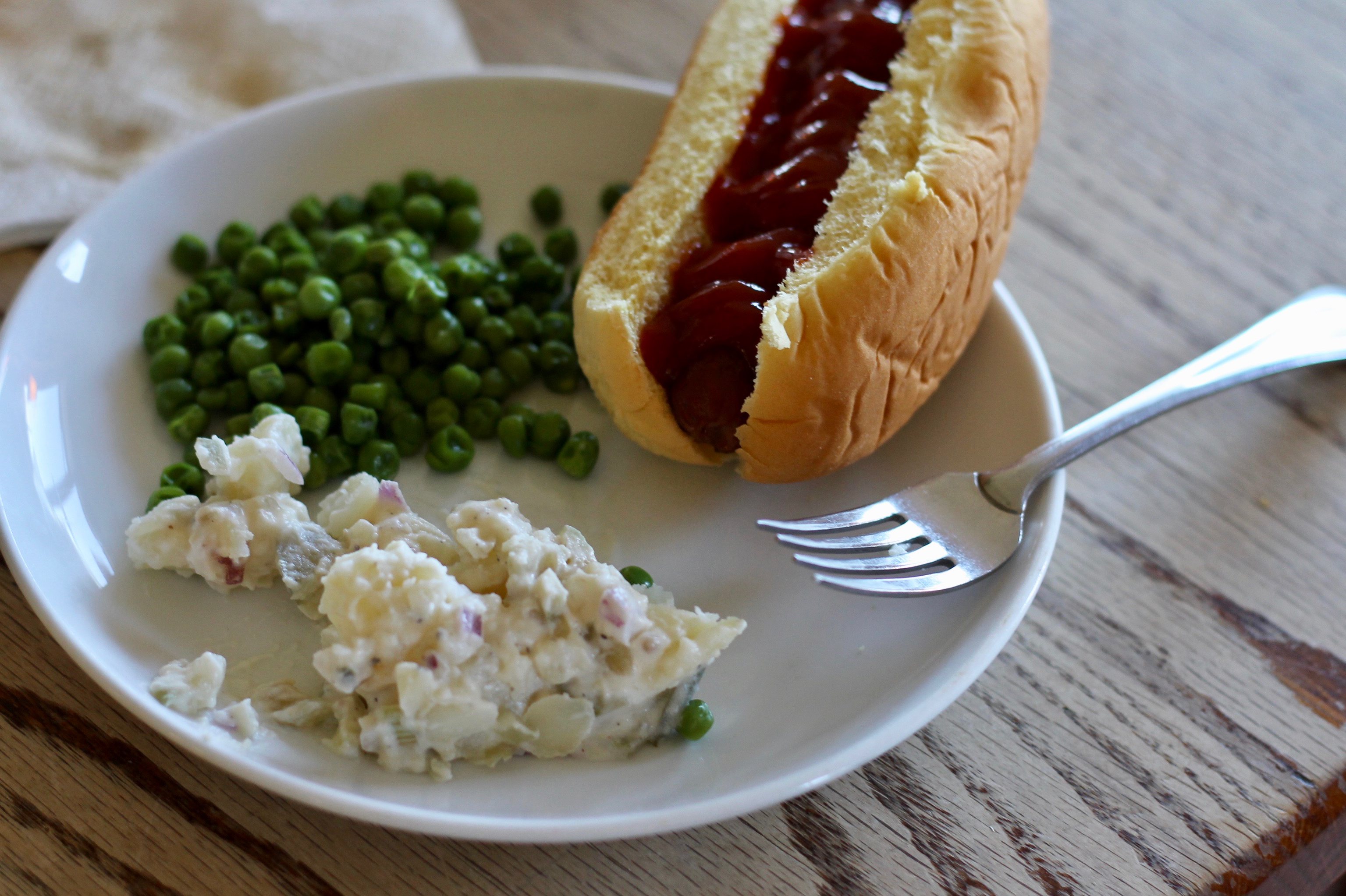 One day for lunch — perhaps this was a post-church, empty-out-the-fridge affair? — this is what I served up for a couple of the kids: potato salad, leftover peas, hotdogs. It looks more planned than it was. 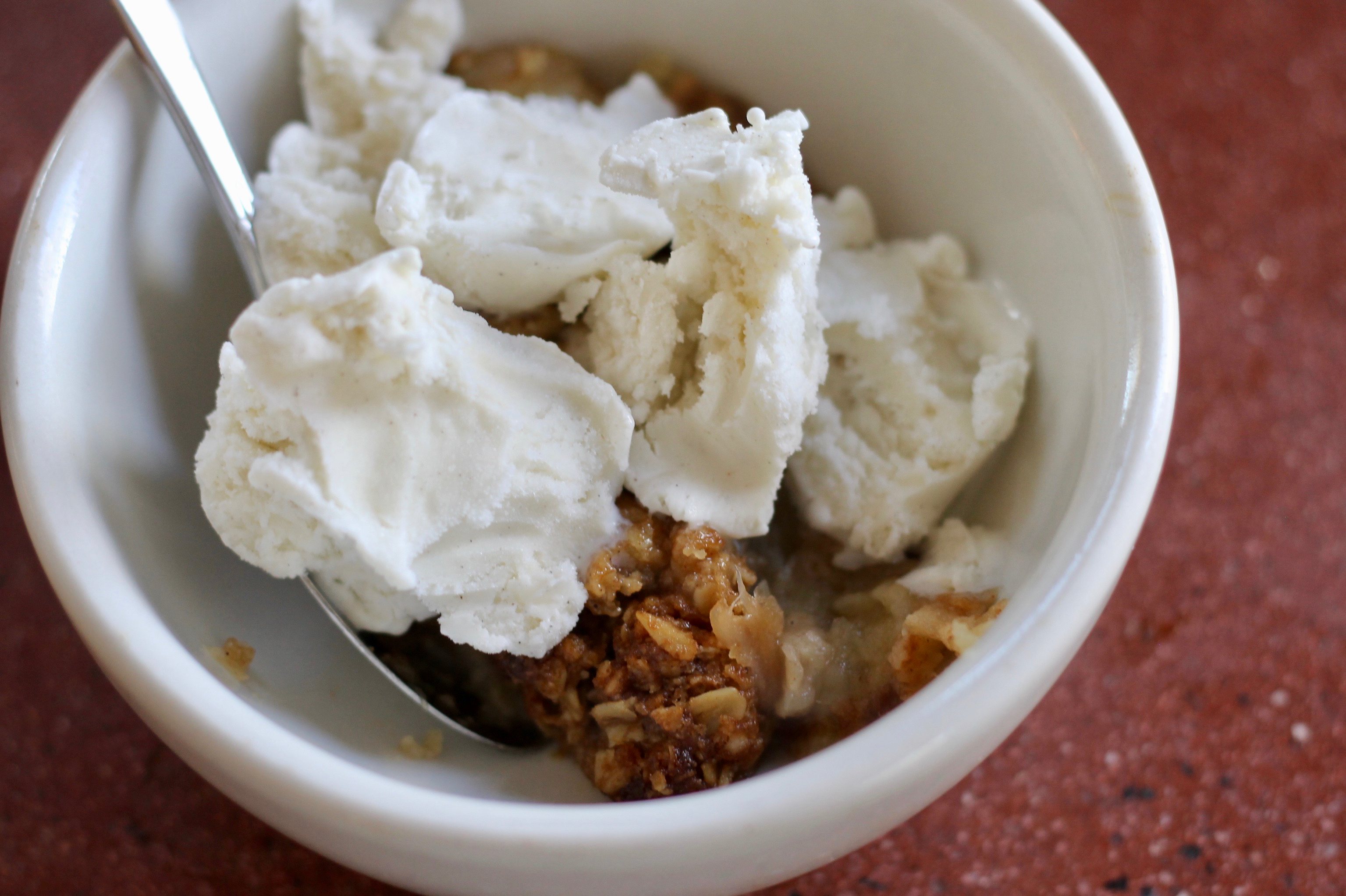 Leftover apple crisp and vanilla ice cream. We eat soooooo many leftovers. I’ve read about people who don’t eat leftovers — like ever — and I simply don’t get it. Often leftovers taste as good, or better, than they do the first time around, and it’s lovely to not have to cook and clean out the fridge at the same time. Two bird, one stone, bam. 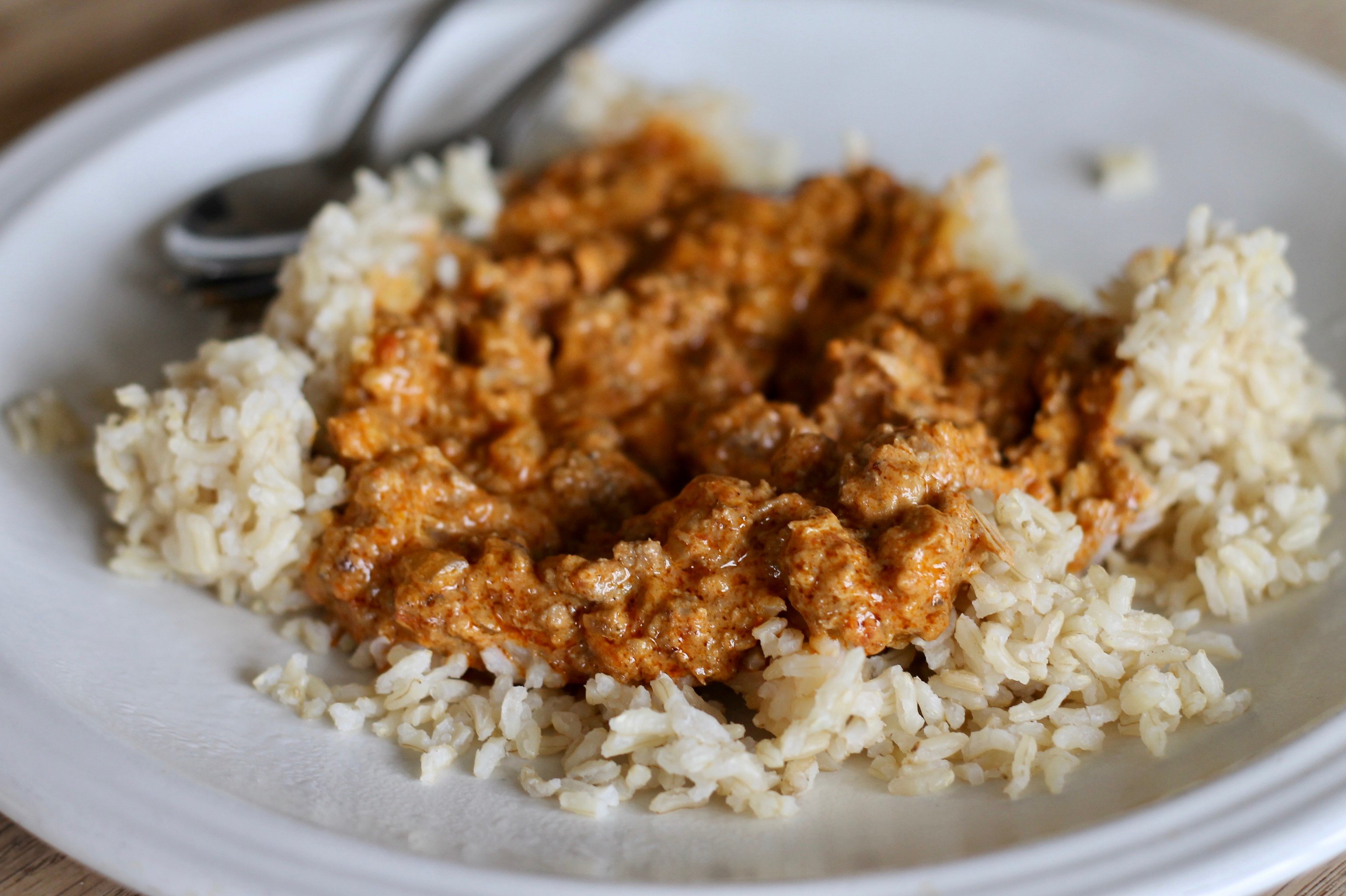 Speaking of leftovers, this was the plate I fixed for my older son when he arrived home after a day of classes: leftover butter chicken (that was mostly sauce) with some leftover cooked ground beef thrown in to bulk it up, with leftover brown rice. 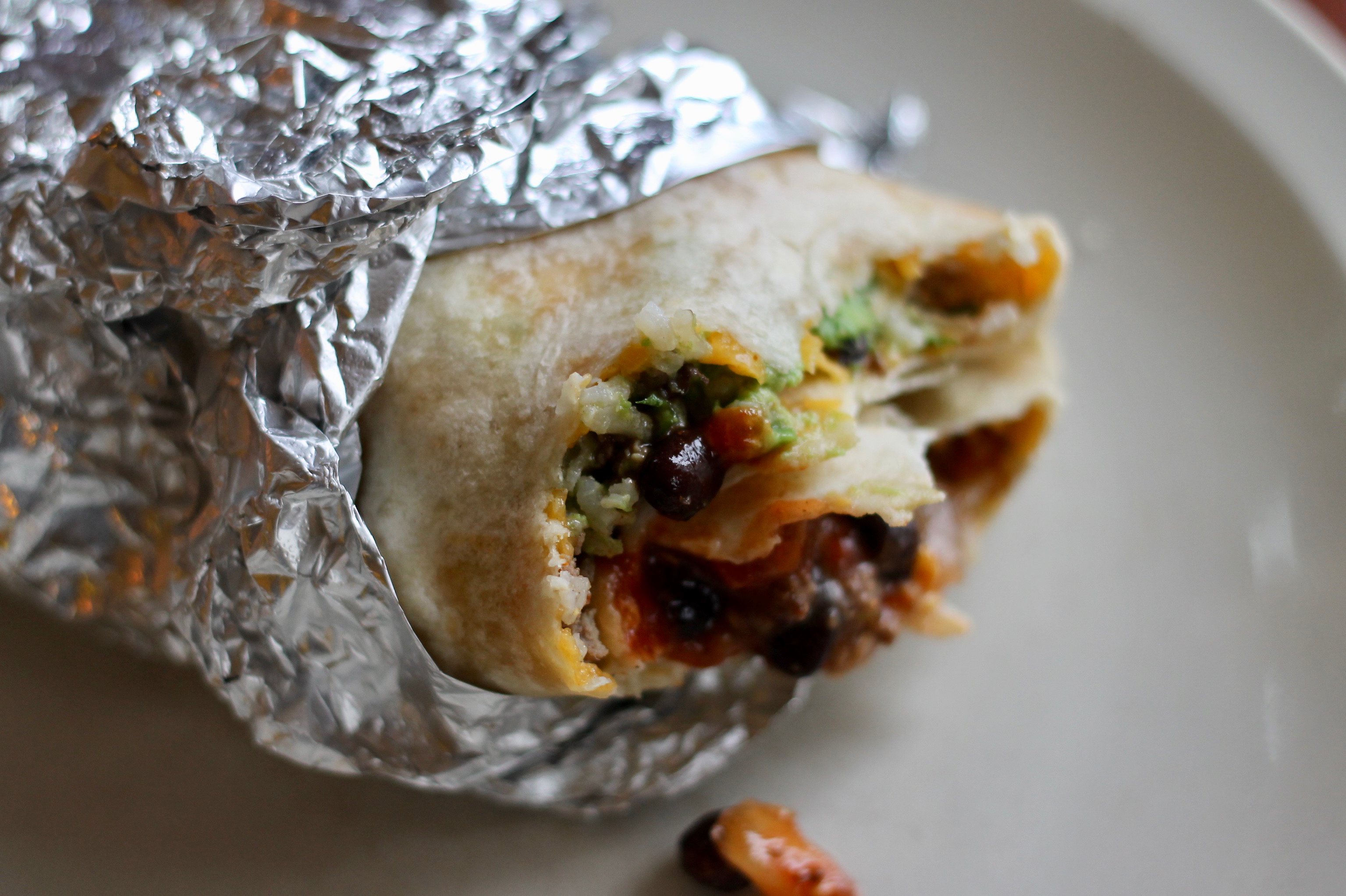 I learned how to make real burritos! Turns out, it’s all about the tortilla, and I’ve been buying the wrong kind all along. You want the large, thin ones that are full of fat, not the Mission kind — I found some at a local Latin grocery. (Also, the cheese tip — sprinkle cheese over the entire tortilla and let it melt before stuffing and wrapping — is brilliant.) 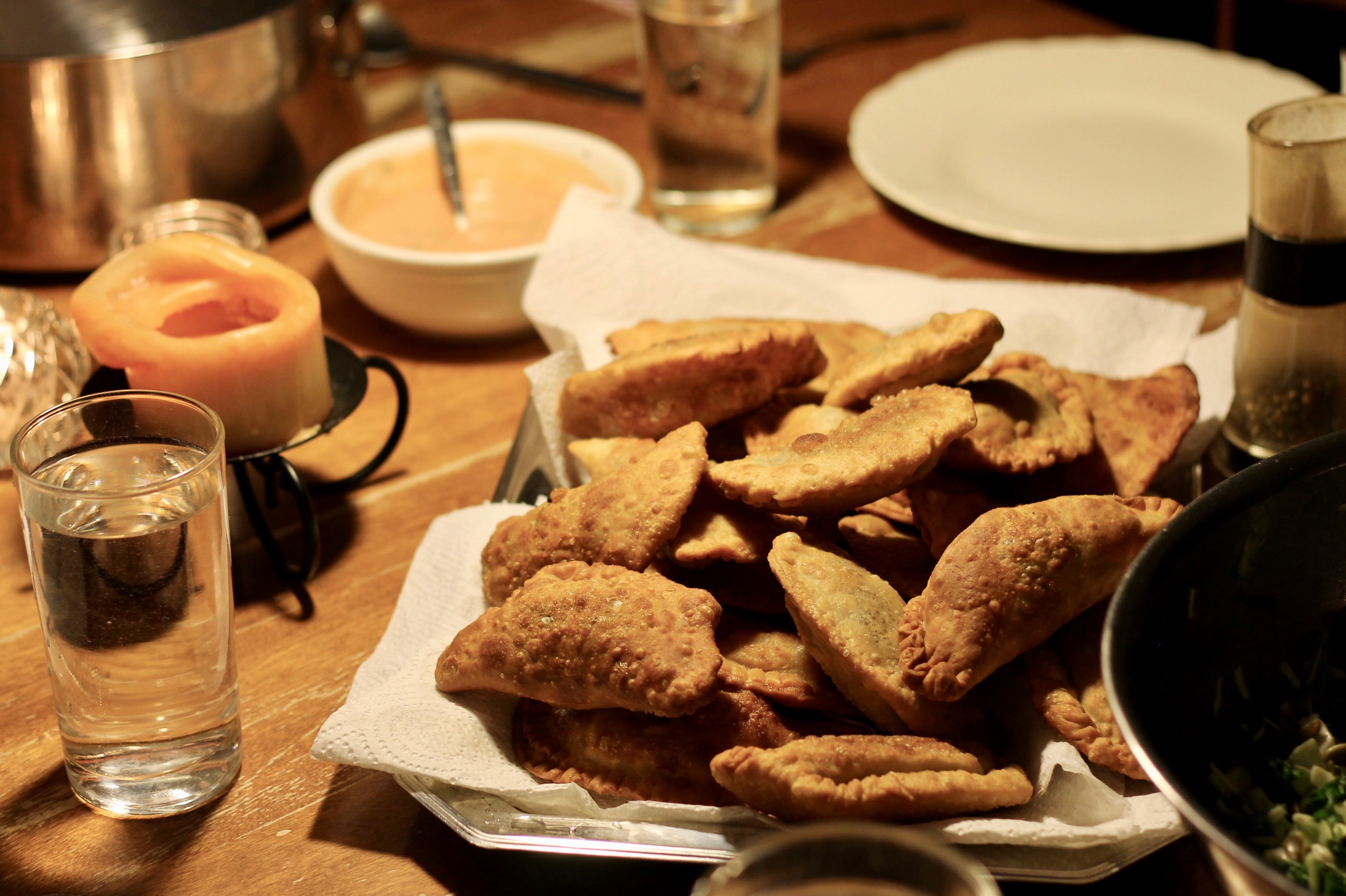 Friday night, our friends came out and cooked us supper: chicken and beef empanadillas, rice and beans, and mayo-ketchup sauce — the stuff is dangerously addictive — and, my contribution, a Costco salad. (We’d dropped off the raw meat at their house a couple days before so they could cook the meat and assemble the empanadillas, and then, since I avoid frying food in the house at all costs, I made them fry them outside in the cold. Poor things thought they were dying.) 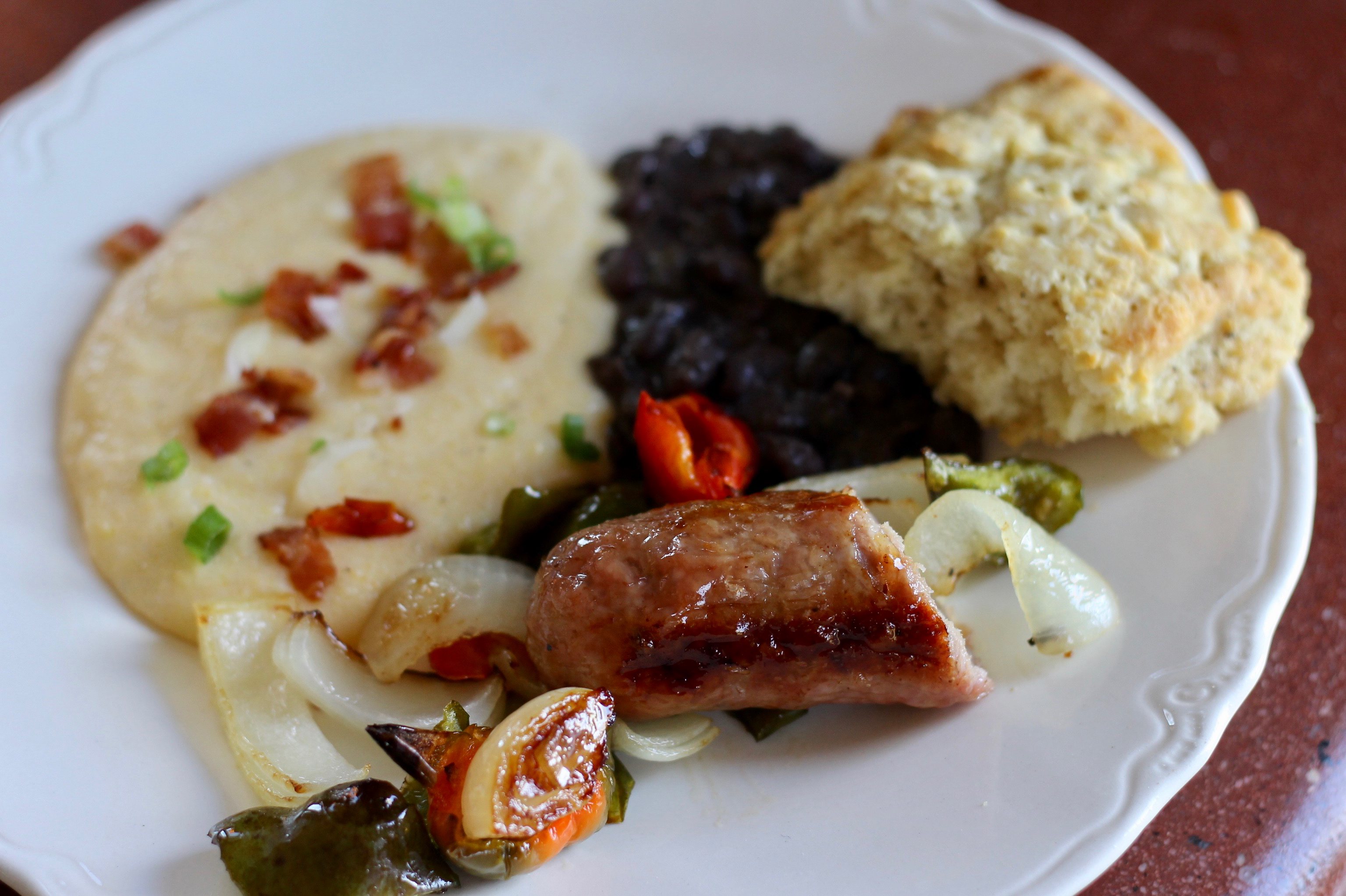 I picked up this book at the library and have been dreaming, scheming, and eating all things breakfast ever since. Case in point, this meal: black pepper biscuits (they spread too much), saucy black beans, and garlicky cheesy grits. Also, since I was also processing a big bowl of peppers from the garden, I rough-chopped a bunch and threw them on a baking pan, along with a couple onions and some sausages, and roasted the whole mess in the oven. 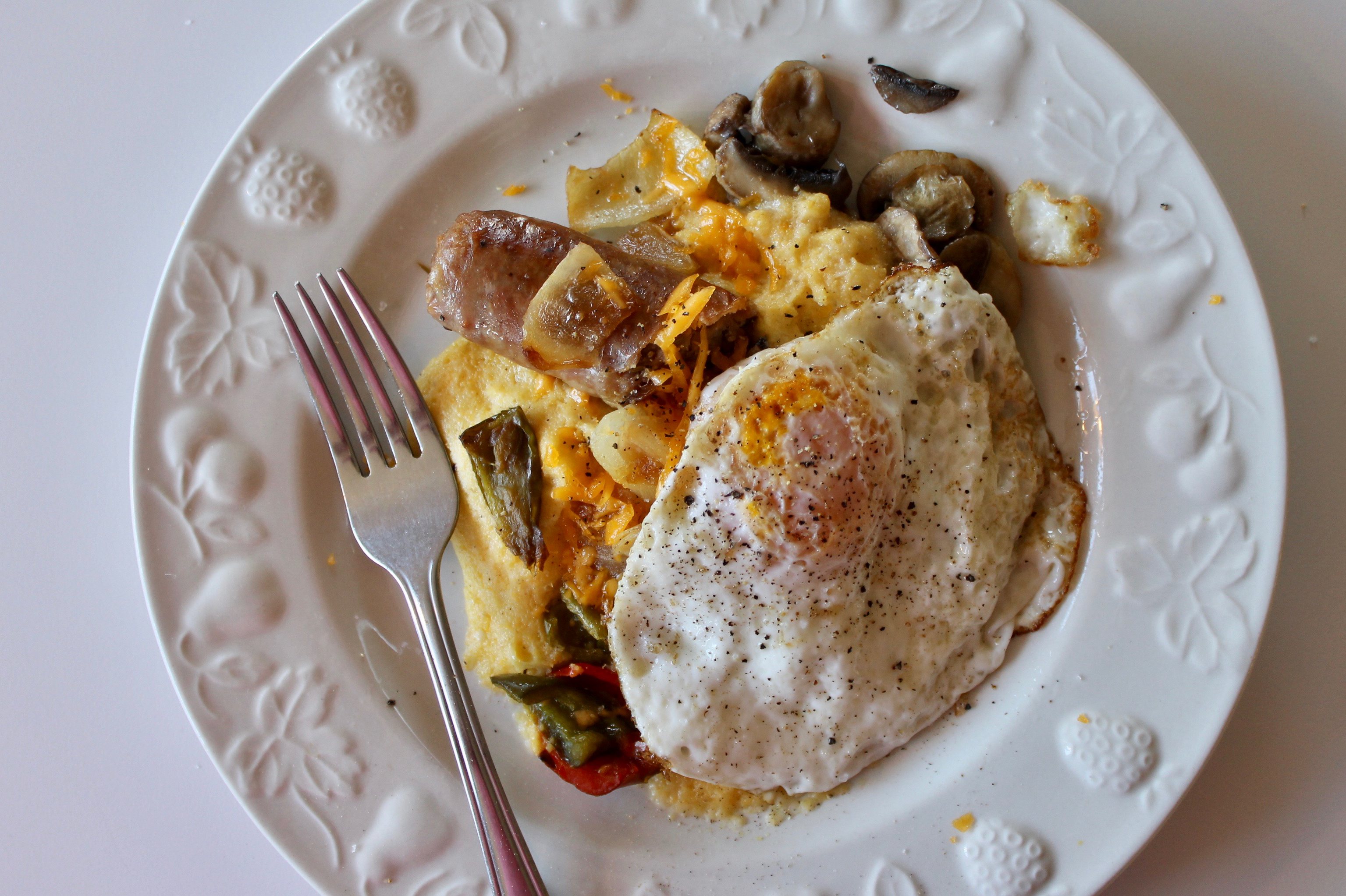 And then here was my lunch a day or two later: the leftover grits (made from yellow popcorn that I little-red-hen milled myself) and sausage and veggies, plus some sauteed mushrooms, a bit of cheese, and a fried egg. I did not grow up with grits, but even so, they strike me as comfort food.

This same time, years previous: of mice and men and other matters, the quotidian (11.6.17), cinnamon pretzels, musings from the coffee shop, awkward, bierocks: meat and cabbage rolls, crispy cinnamon cookies.