Tuesday morning, I was in the shower when my older son knocked on the door. “Can I come in?”

“Sure,” I said, pulling the curtain all the way closed.

He stuck his head in the door. “One of the cows got its tail torn mostly off so we need to amputate. You might want to take pictures.” 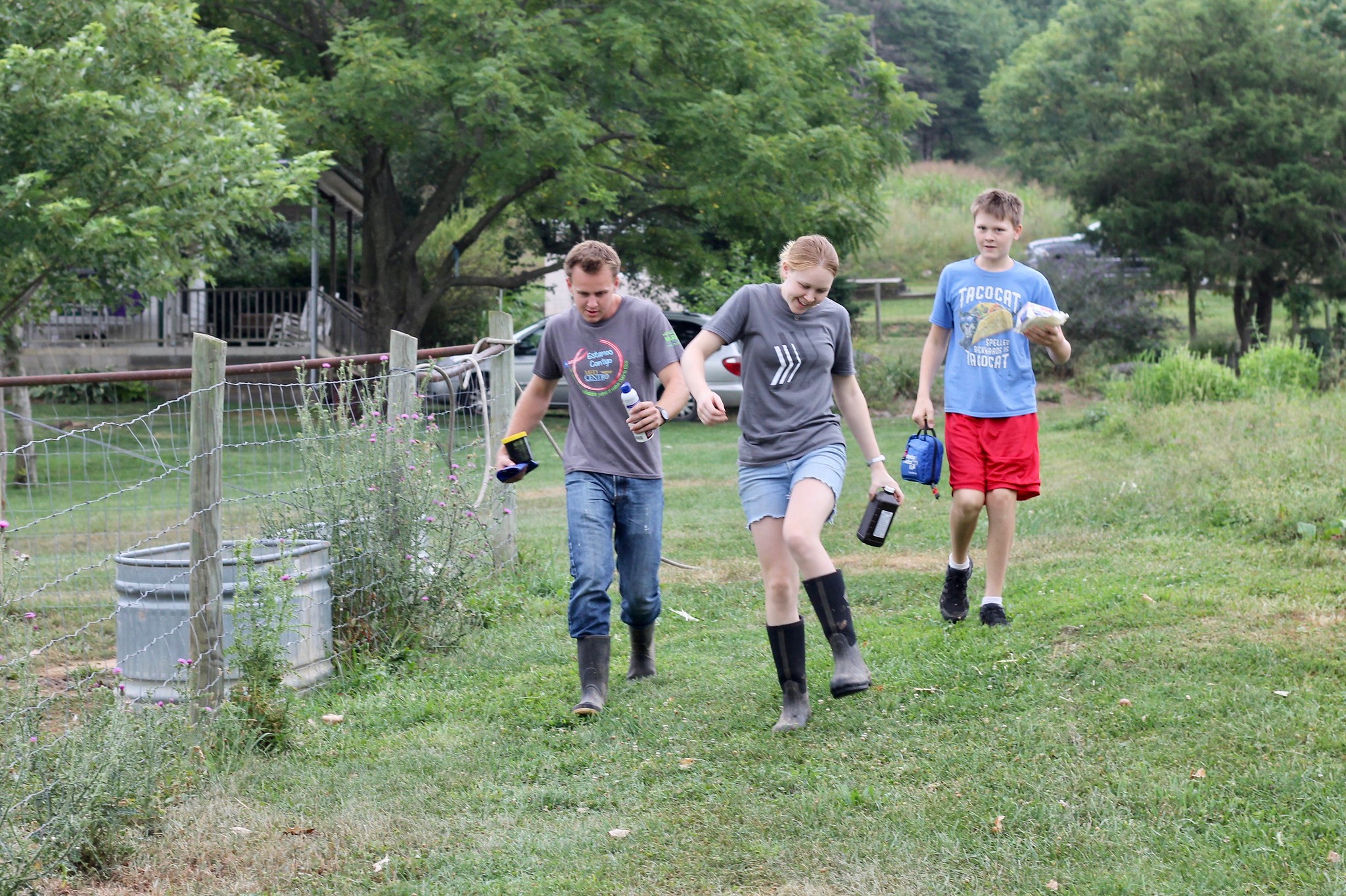 The kids threw wide the gate, cornered the injured steer between it and the fence, and then tied it to the fence, creating a surgical chute, of sorts. 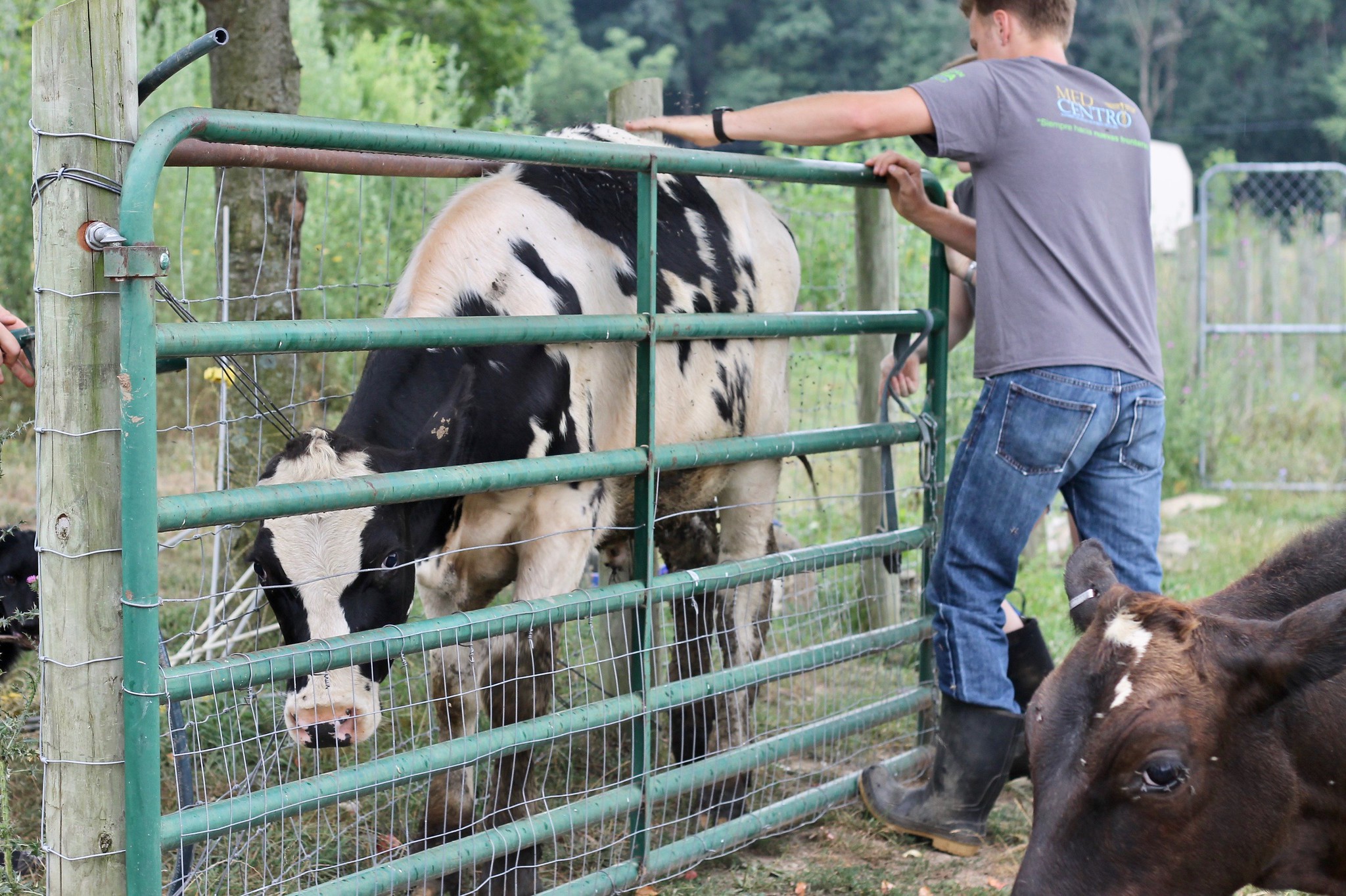 The other cows were evacuated to the lower field, the sheep milled about pleasantly, and the goats roamed free, disregarding Coco’s frenetic efforts to herd them back into the pasture. 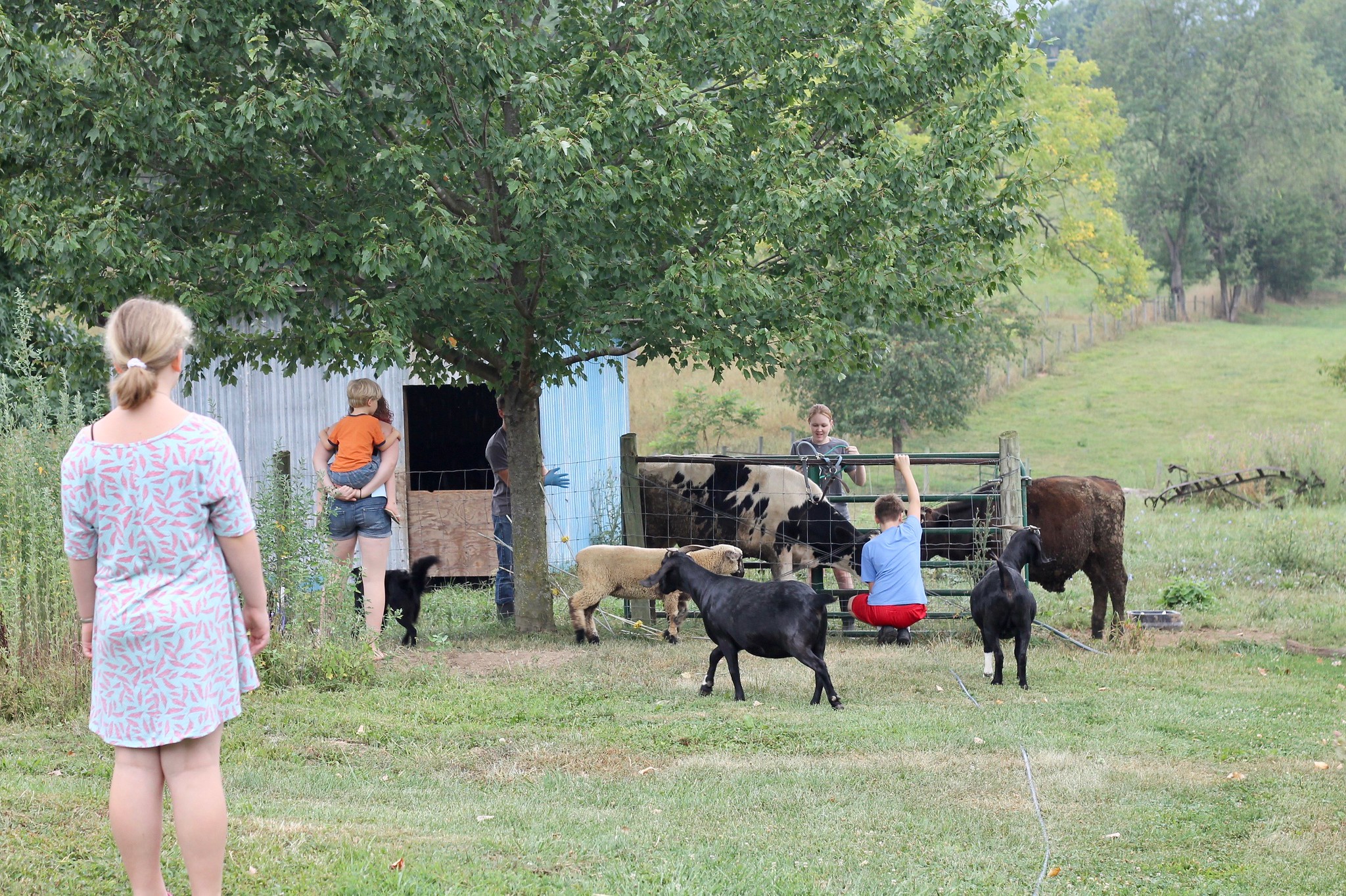 At one point, my sister-in-law dropped off her kids to be babysat — that they got to observe a medical procedure was an unintended bonus — and my father came over to weigh in, as per my children’s request. (My husband was at a doctor’s appointment so he missed all the excitement). 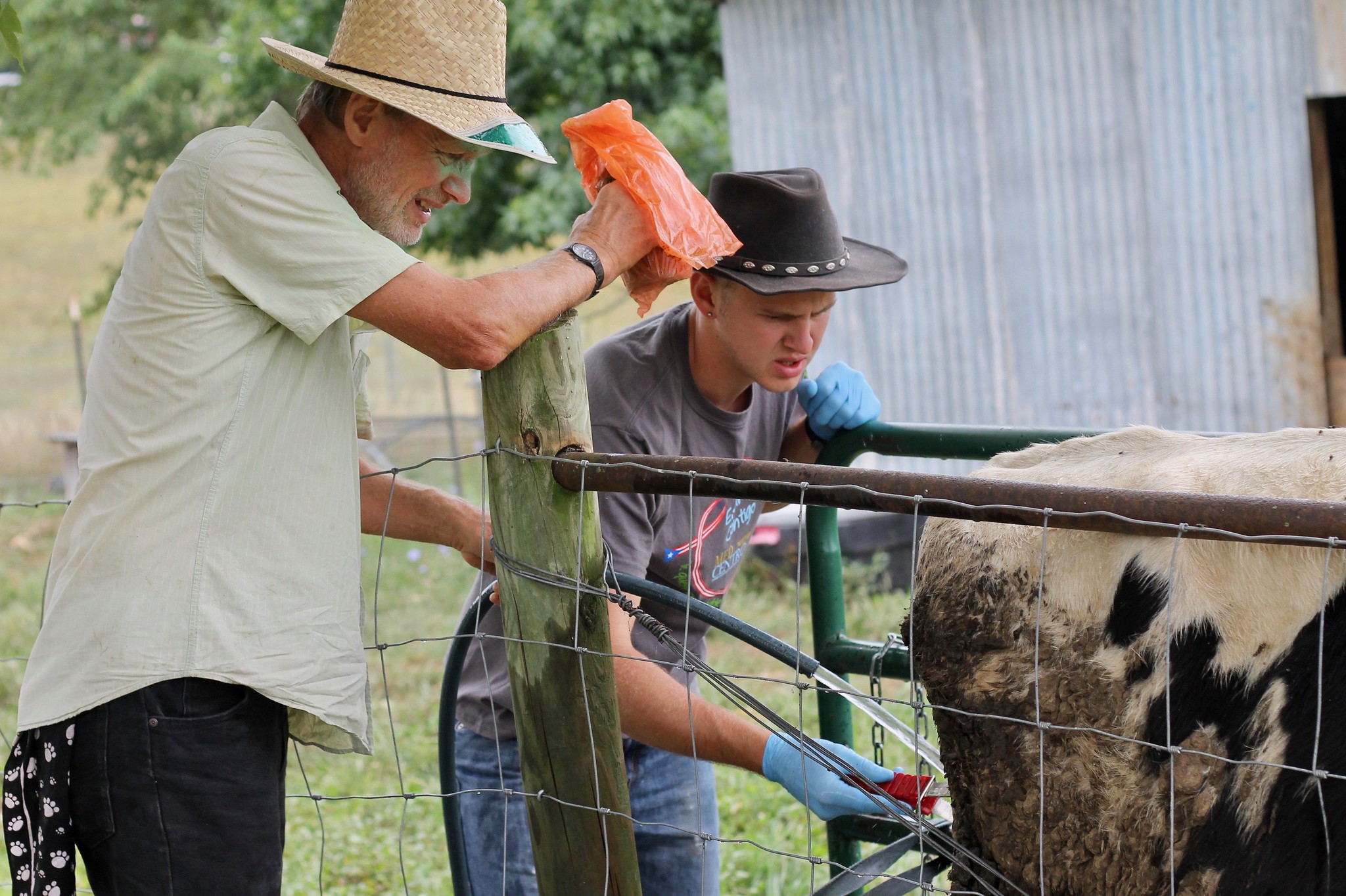 My older son was in his element. An avid James Herriot fan, he milked the moment, announcing with great glee, “I’ll need a bucket of hot water, some soap, and a towel, please.” He hosed down the steer’s back end and scraped the hair and dead skin above where he’d be making the cut. 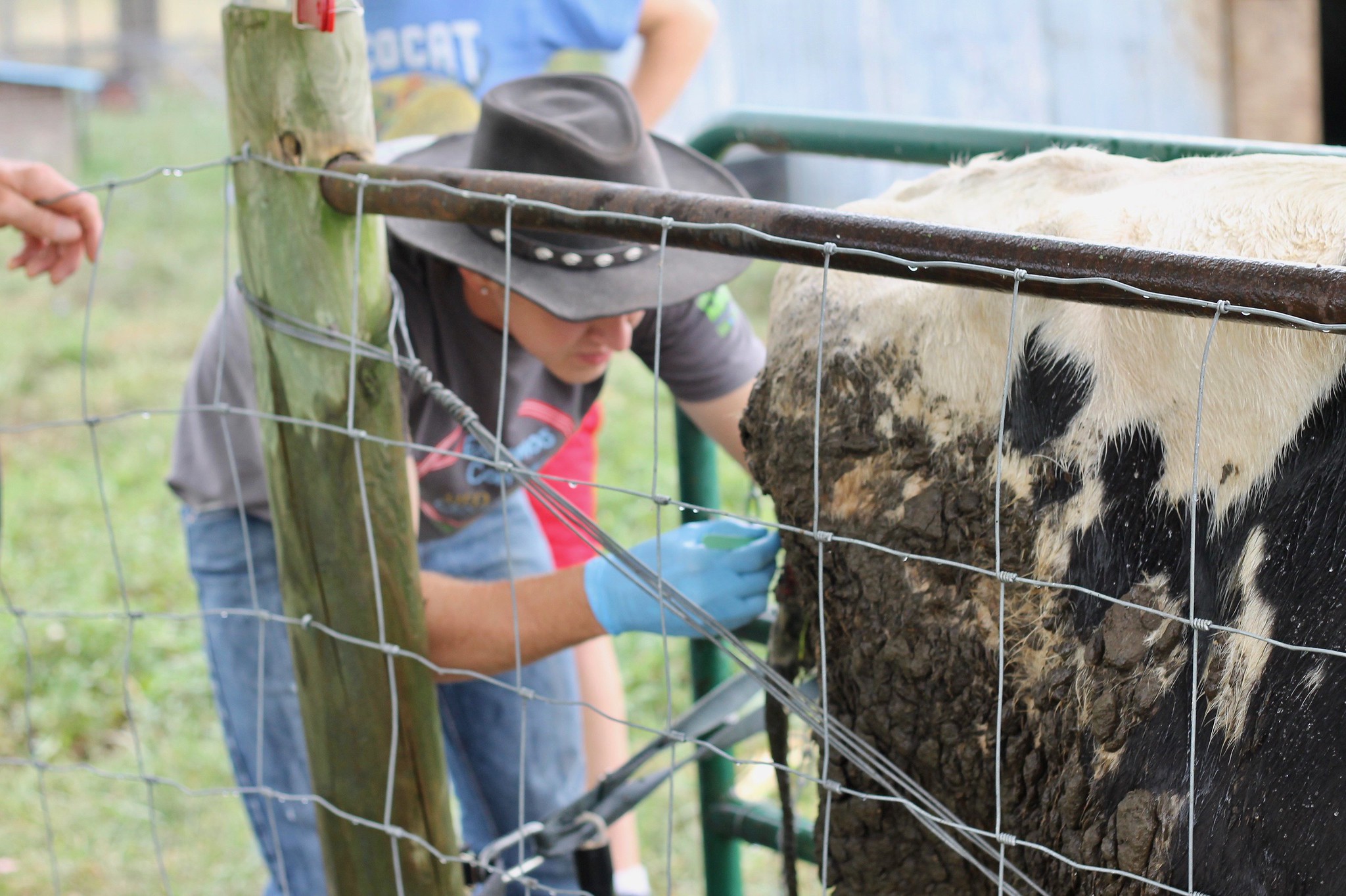 And then there was the problem of what to cut with. My father suggested tree clippers, so my daughter ran to fetch a set and sterilize them. 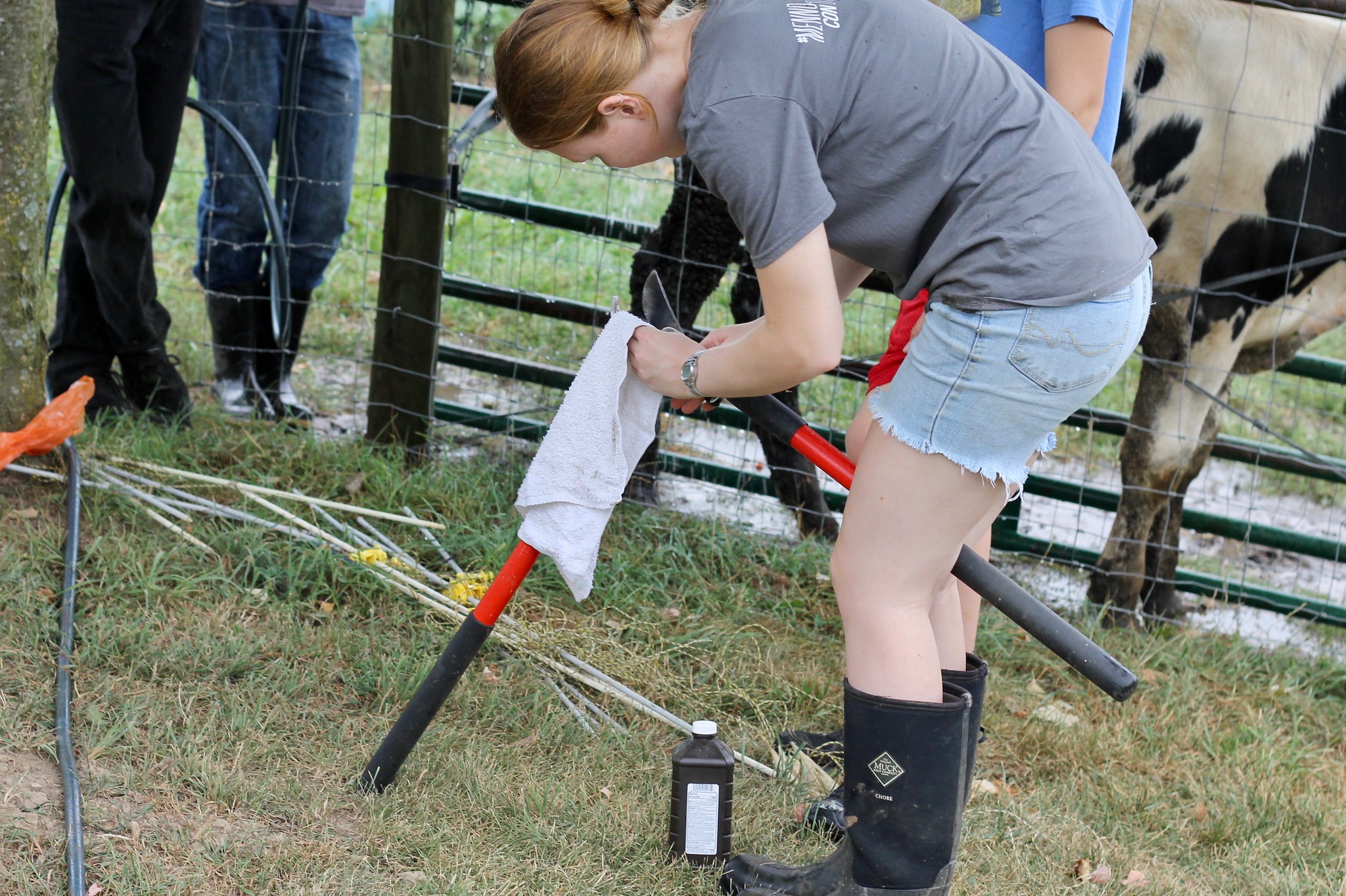 And right around then was when the onlookers, imagining the worst, fled, their fingers in their ears to block the expected bellows (that never came). 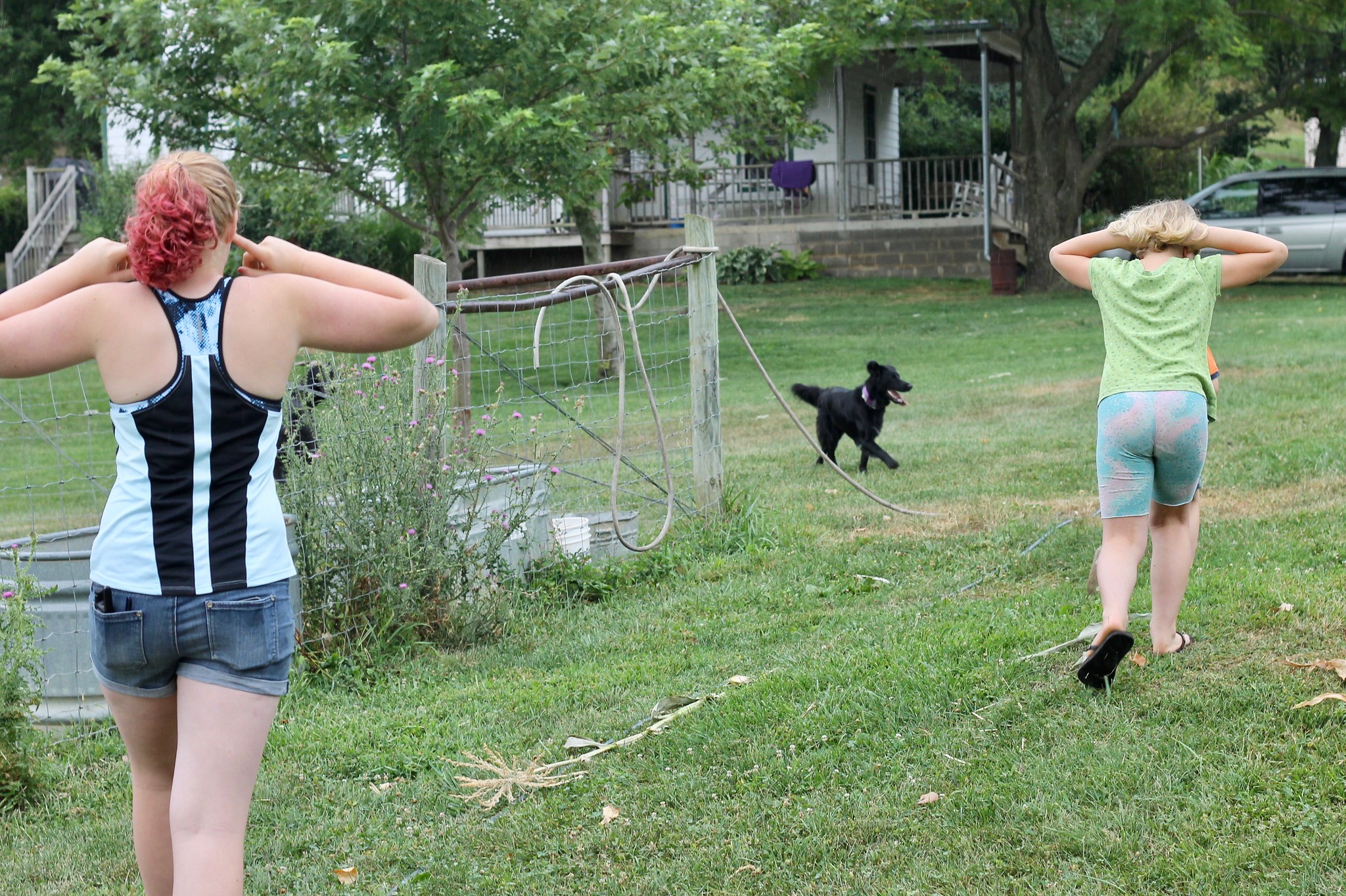 My son sprayed the incision site with iodine and then my father held the lower end of the tail while my son positioned the clippers. “Get all the way around before you cut,” my father coached. 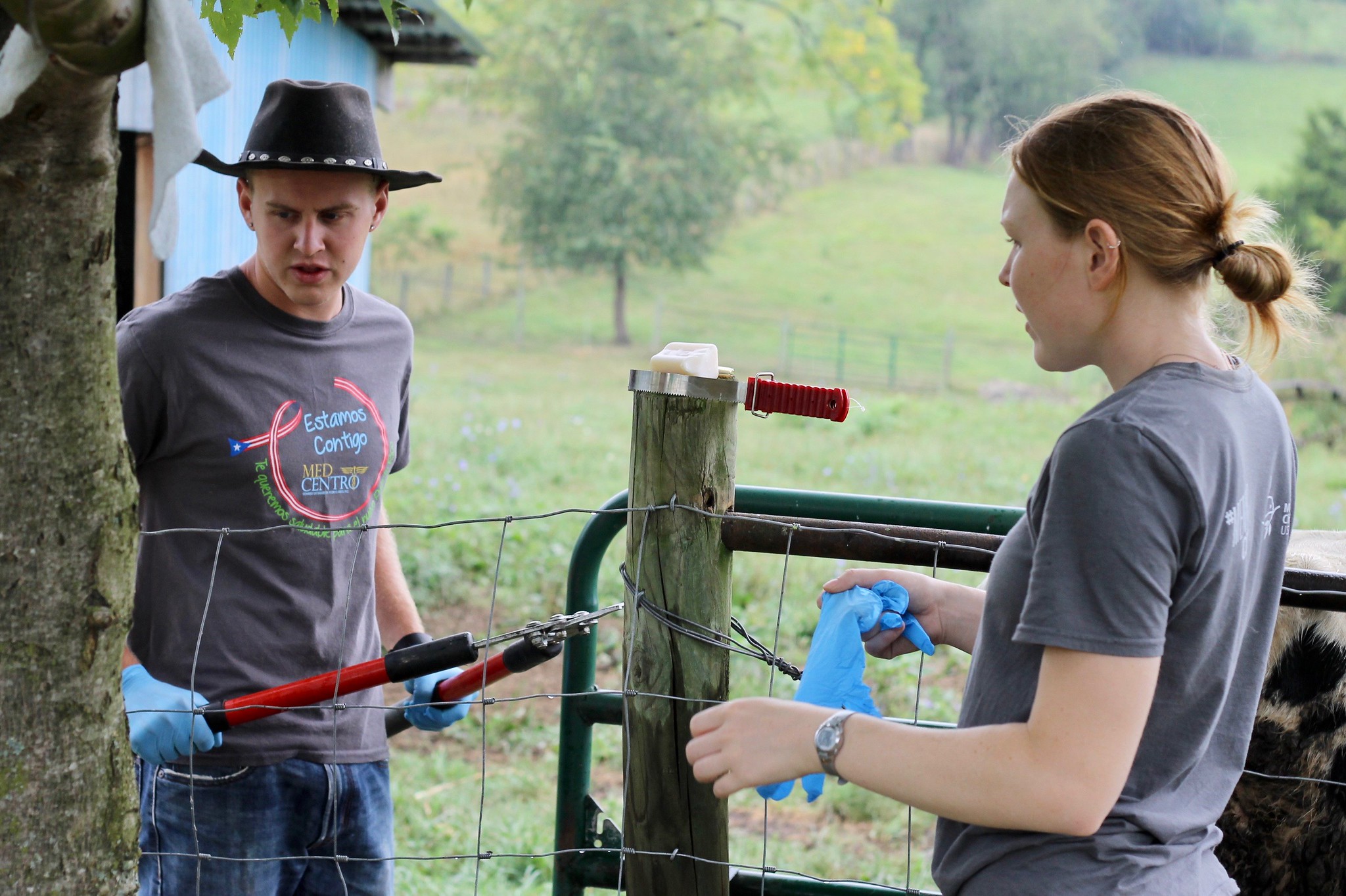 The steer didn’t even flinch. 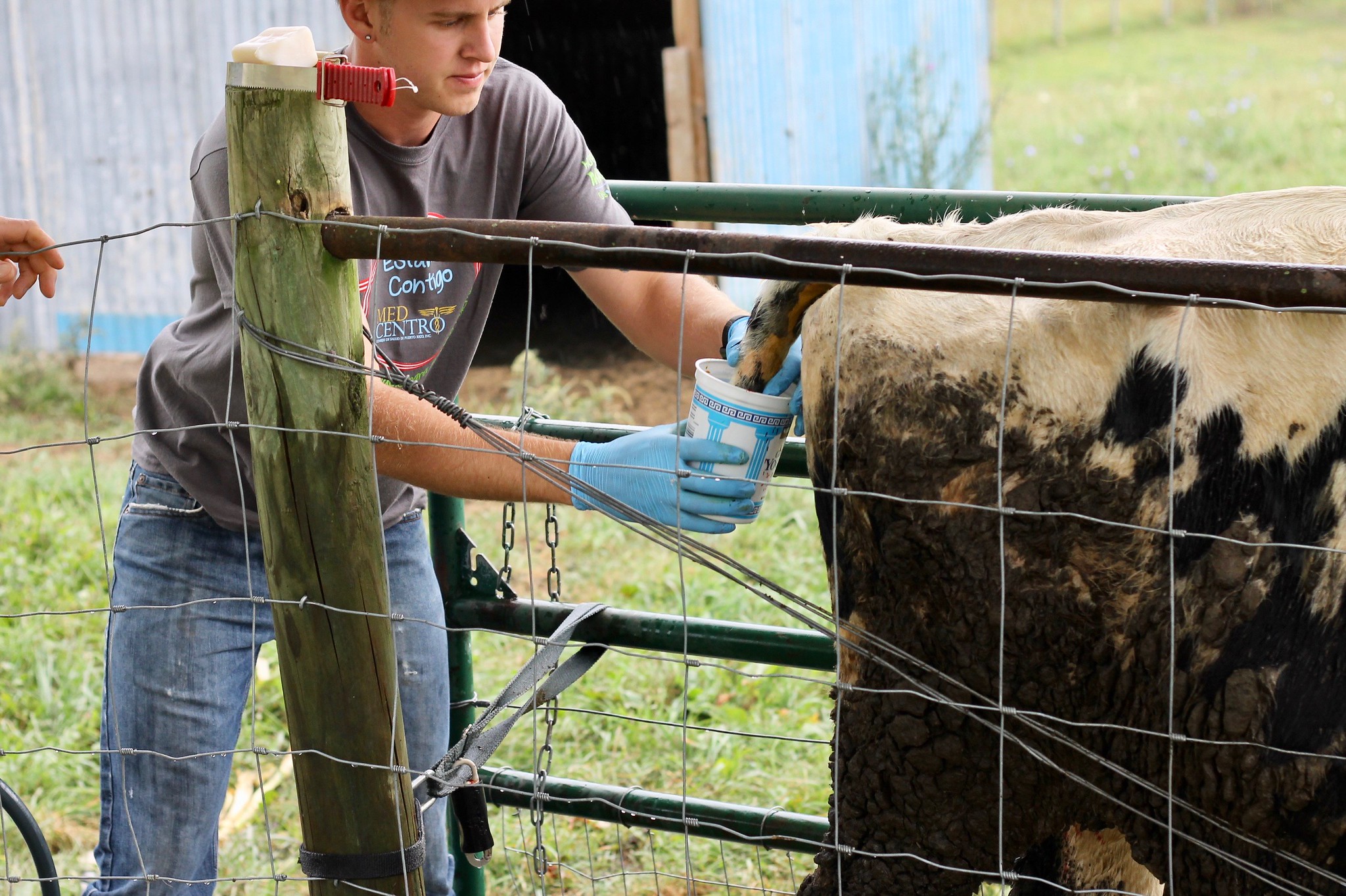 They dunked the stump in a container of iodine and then my son applied pressure, gave up (because the bleeding didn’t stop), and did a bunch more cleaning of the wound with scalpel and scissors. 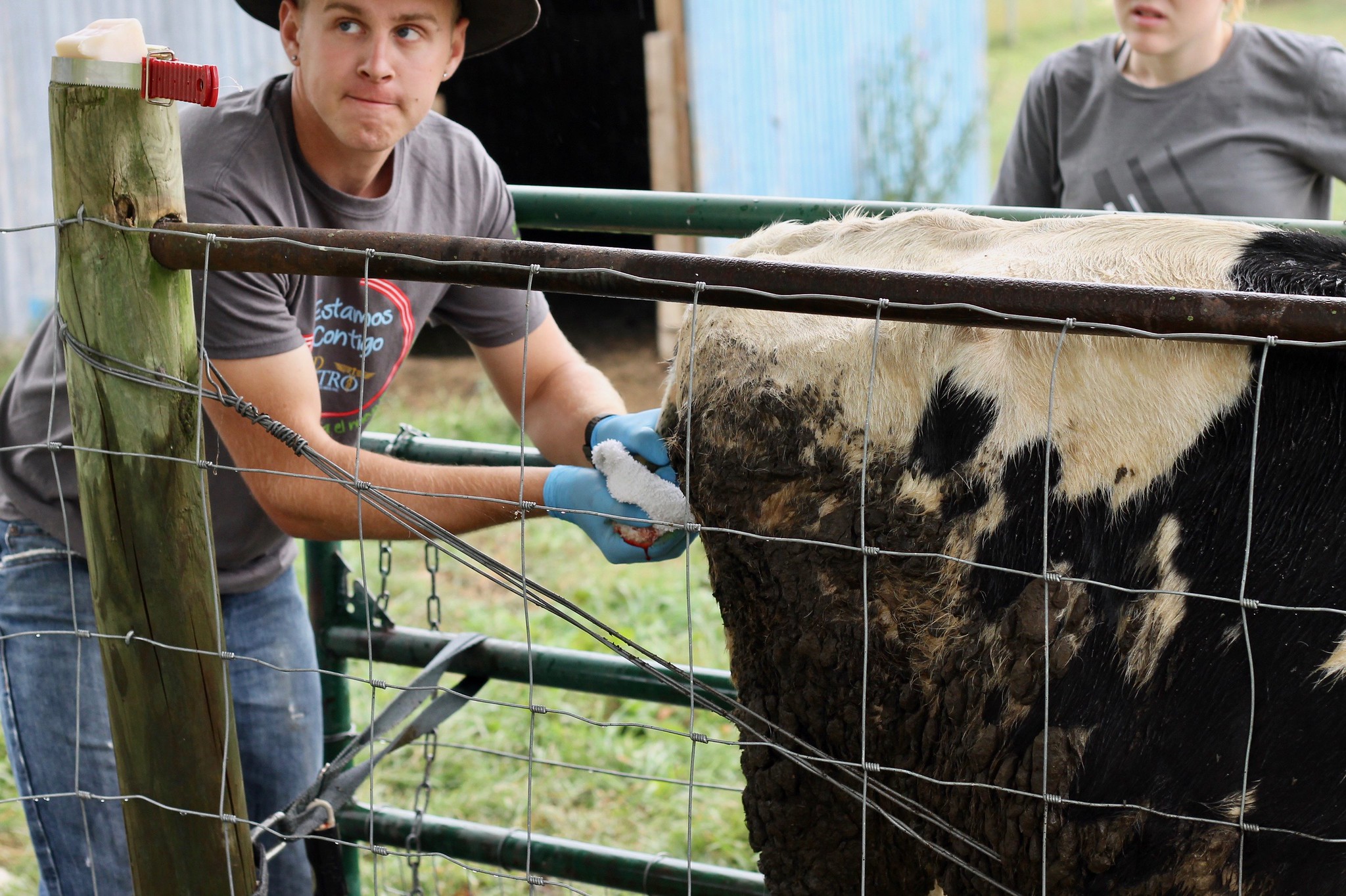 All the while, the steer just stood there, placidly munching his grain. 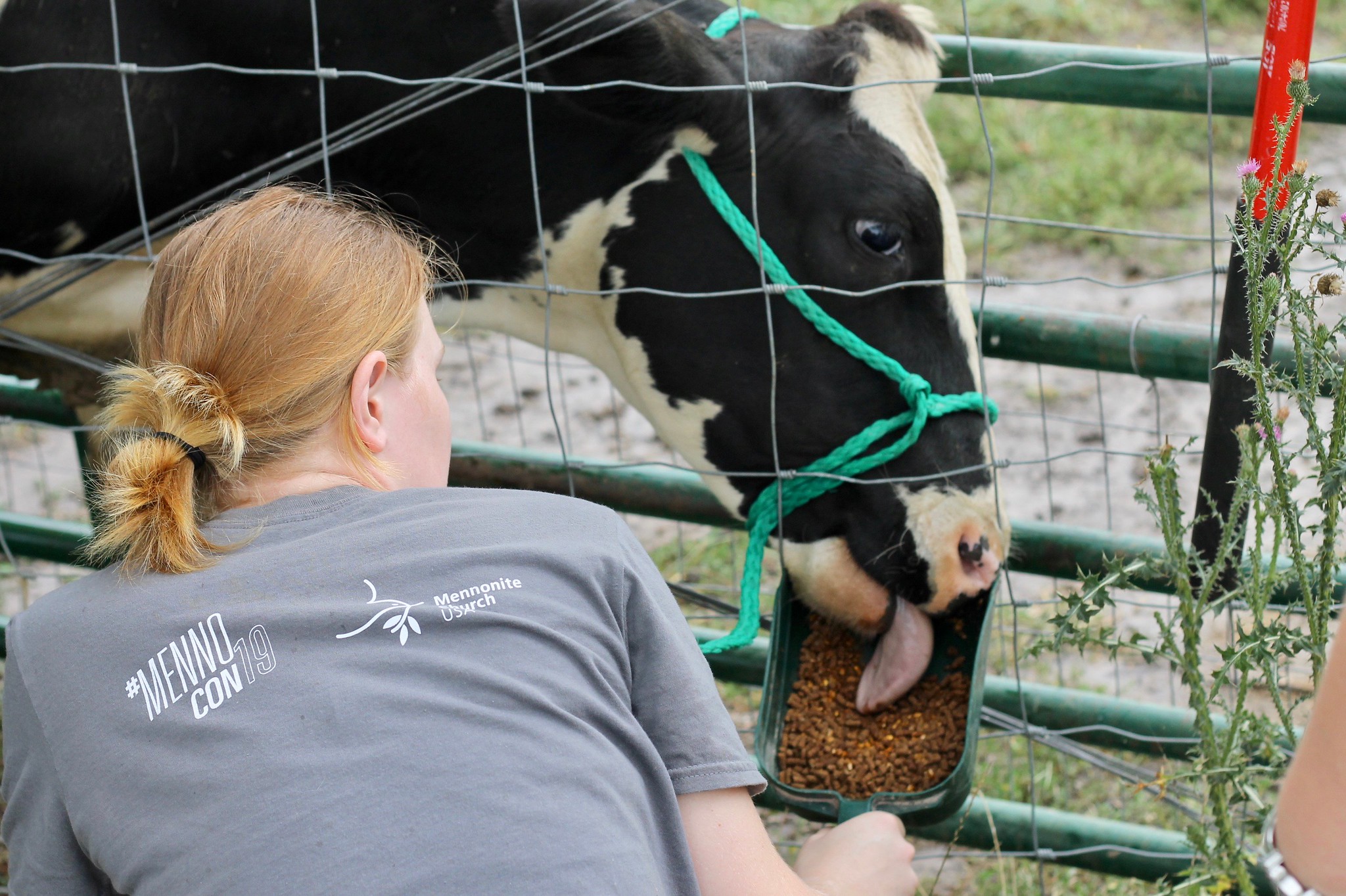 I went back to the house then — it was starting to rain — leaving the kids to bandage the stump. 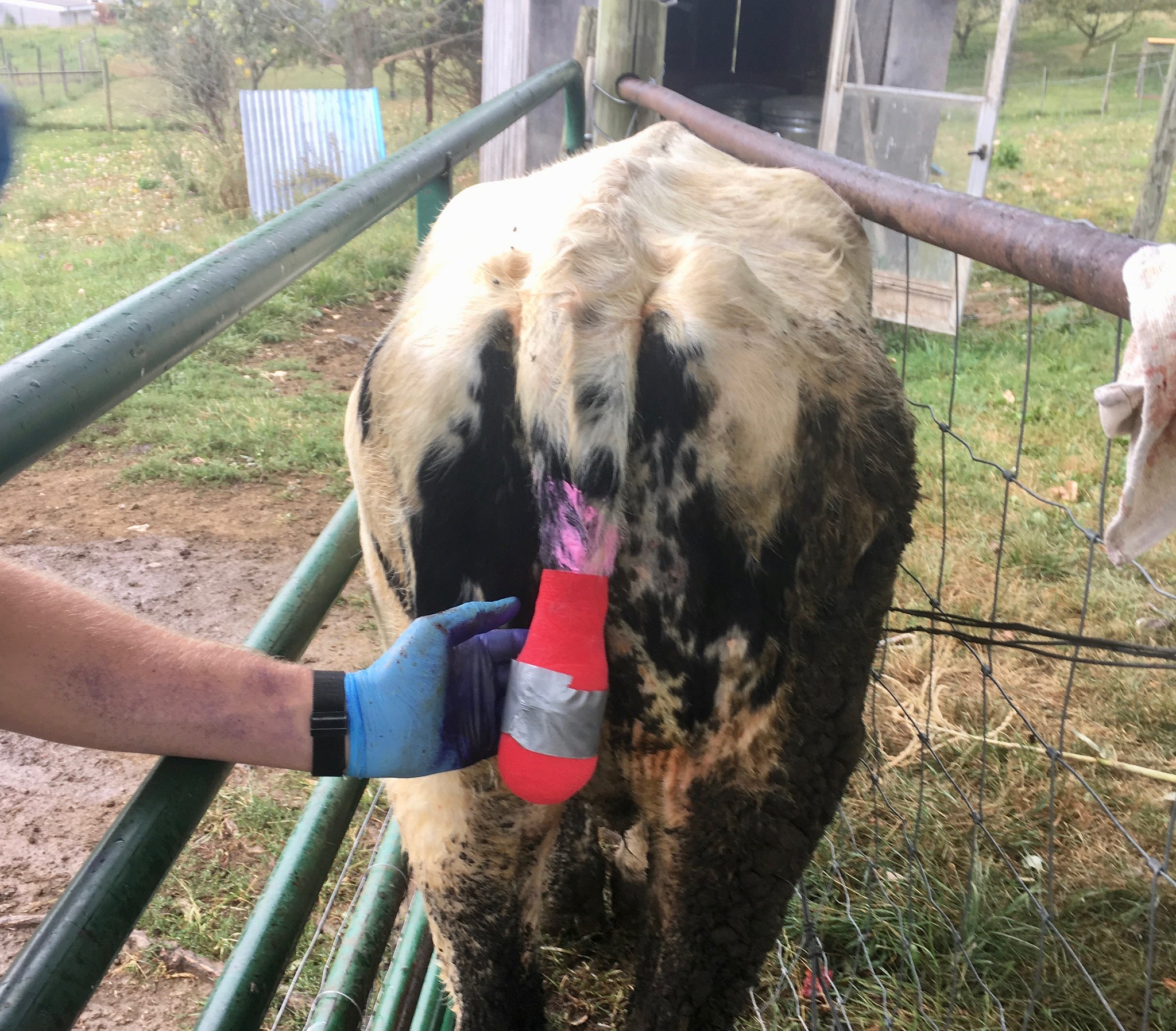 And all this before I even had my coffee.

P.S. Two days later, the steer’s had antibiotics and appears to be doing great. Fingers crossed!

This same time, years previous: the beginning of the end, knowing my questions, from market to table, garlicky spaghetti sauce, Friday snark, drilling for sauce, tomato and red wine sauce.