One morning when the cousins were here, my younger daughter suggested they do makeovers. At first the little ones were apprehensive, but eventually they got into it, sitting still while brushes were waved over their faces and then scrambling to change into their Sunday best. When my older daughter got home from work, she jumped right in, scurrying to catch up. 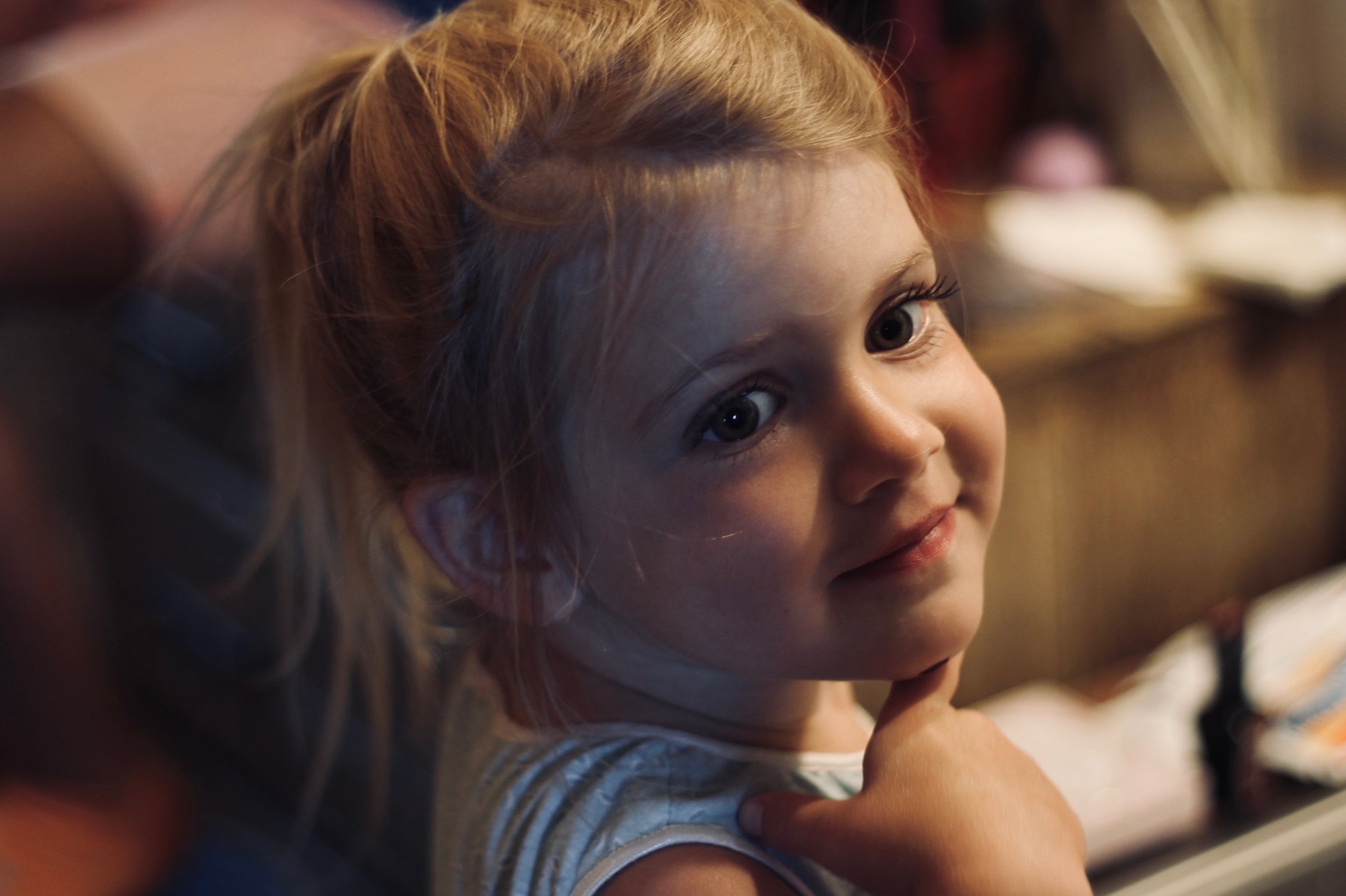 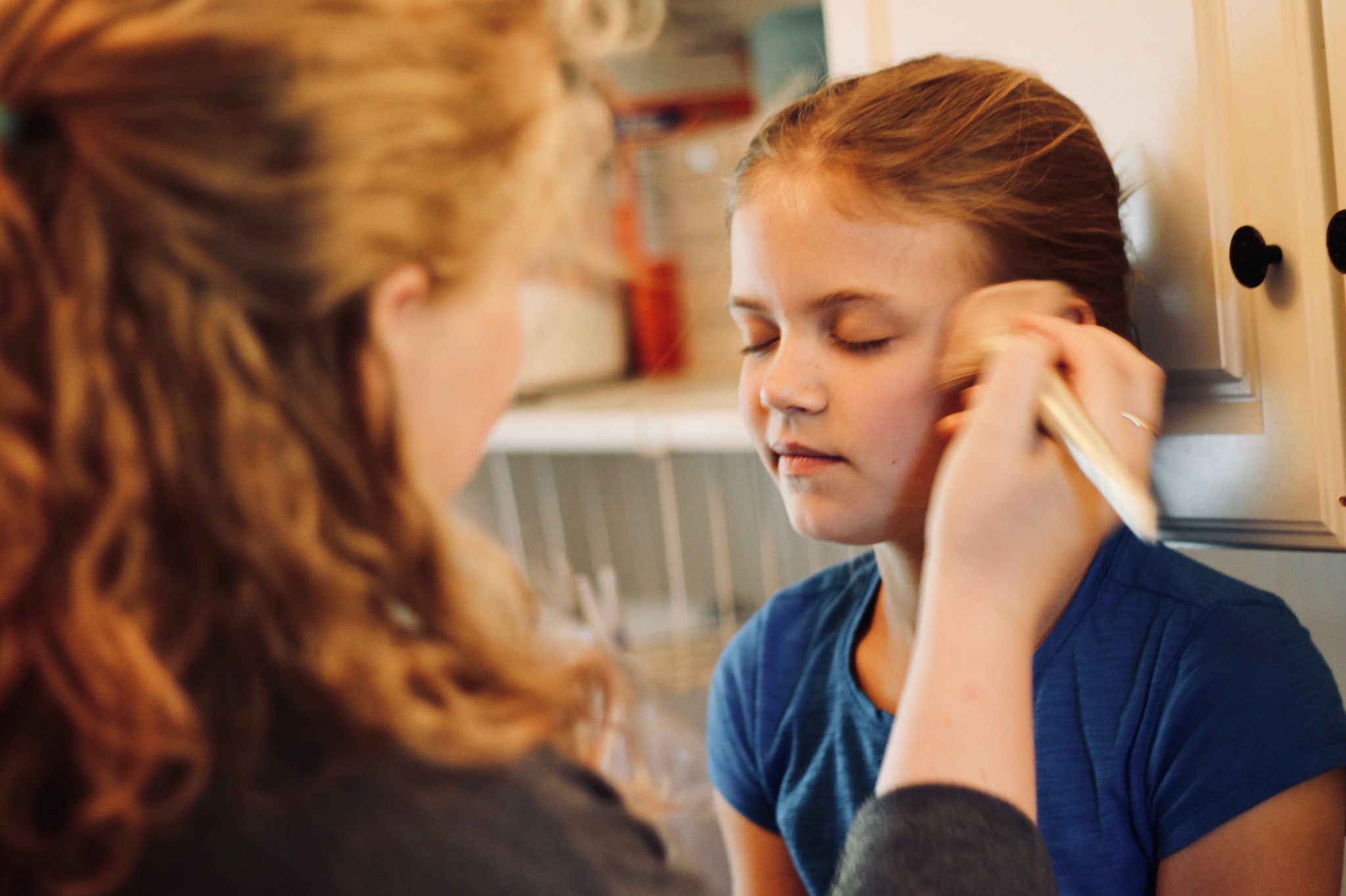 They decided to go up to the neighboring farm for the photo shoot, and I went along as their photographer. But then, right before we headed out the door (directly before lunch, so not the greatest time to go on an outing with a tot), the youngest one’s flip-flop broke, triggering a rapid disintegration. 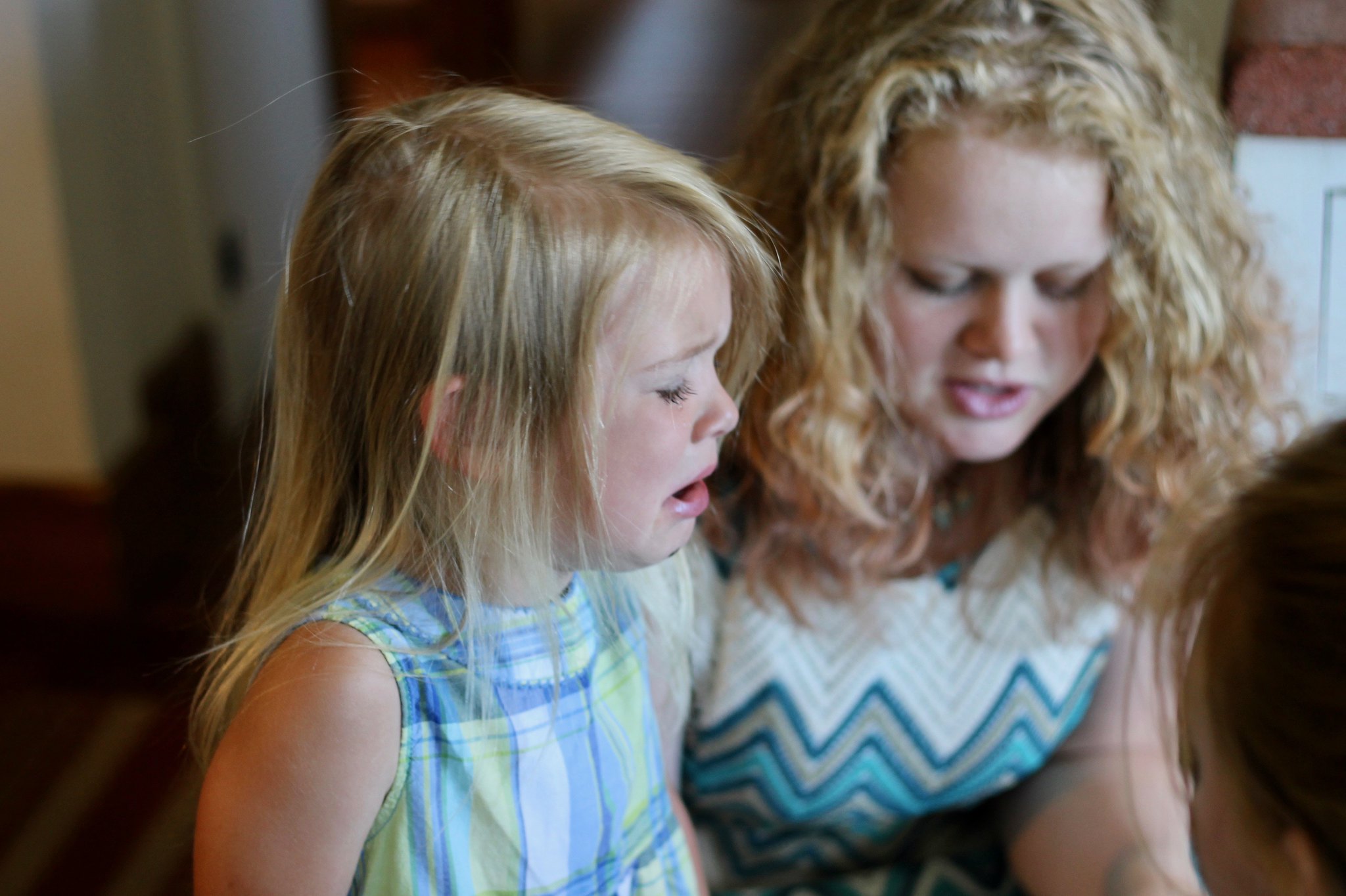 So much for mascara.

From then on, the poor child fluctuated between peevish calm and full-blown wails, her eyes growing progressively puffier and redder. 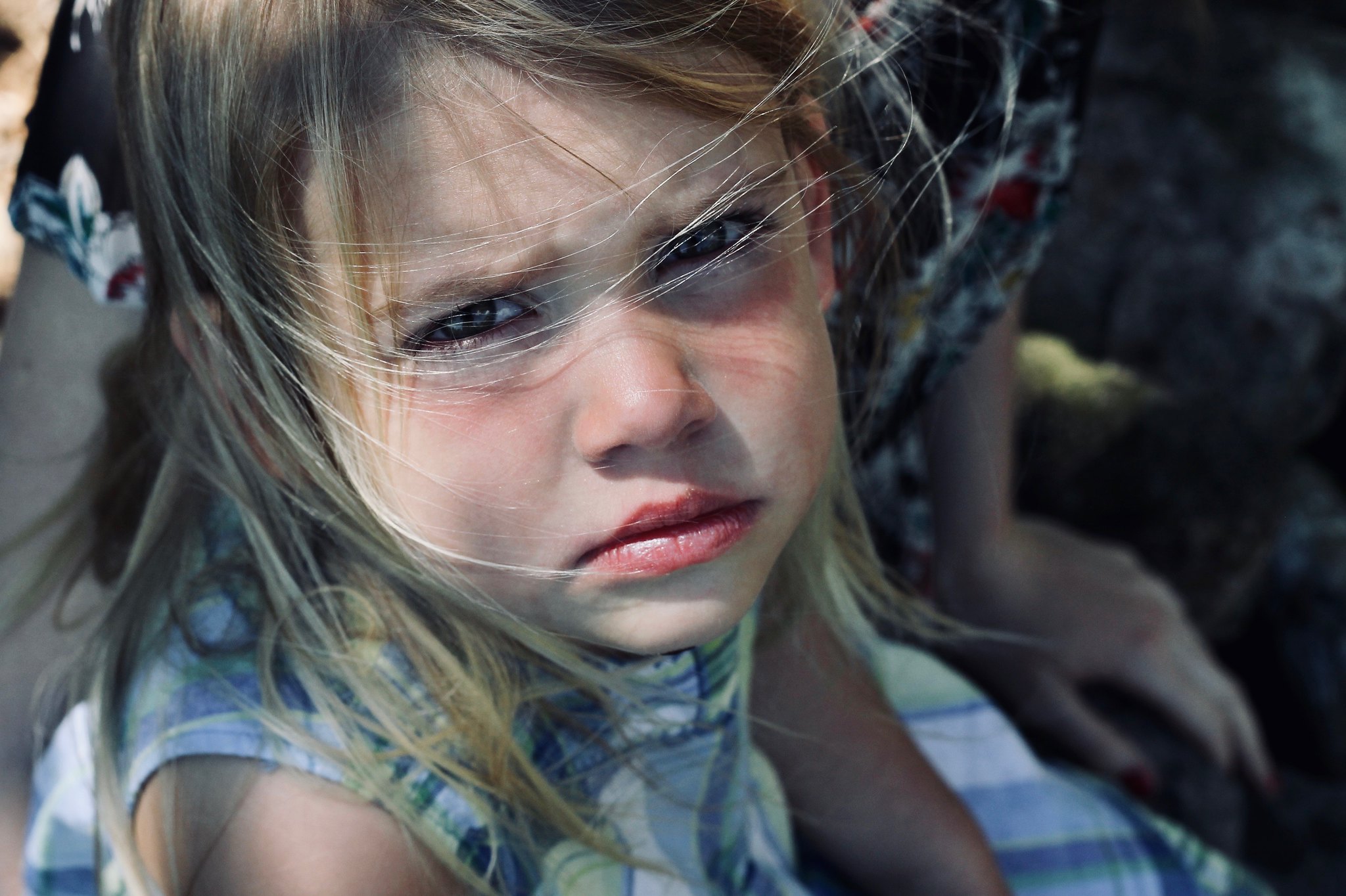 The slightest thing — a few drops of water on her sandals, an accidental elbow to the head — and she’d break. 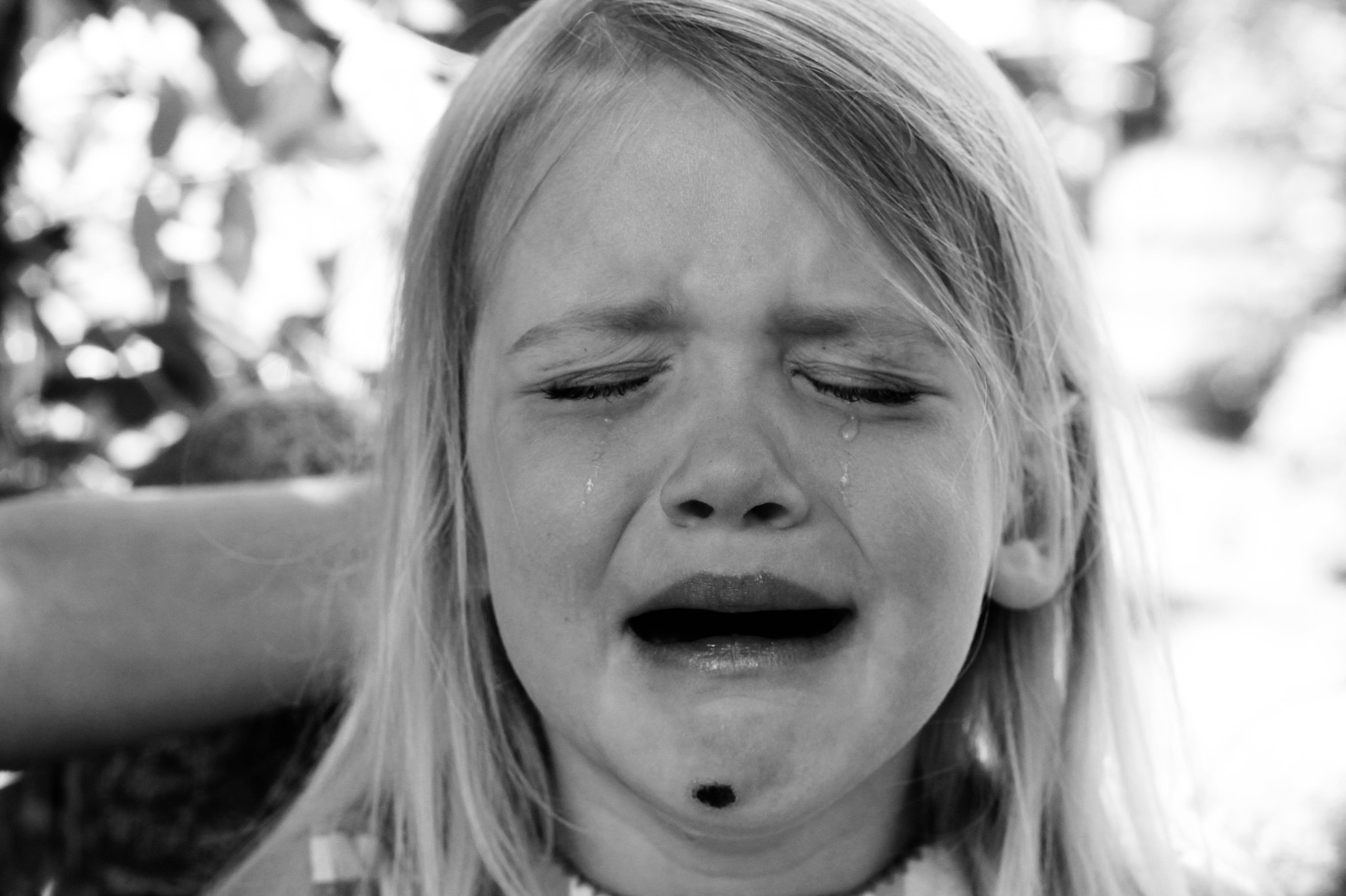 Basically, my photostream should be titled “A Study in a Four-Year-Old’s Mood Swings.” 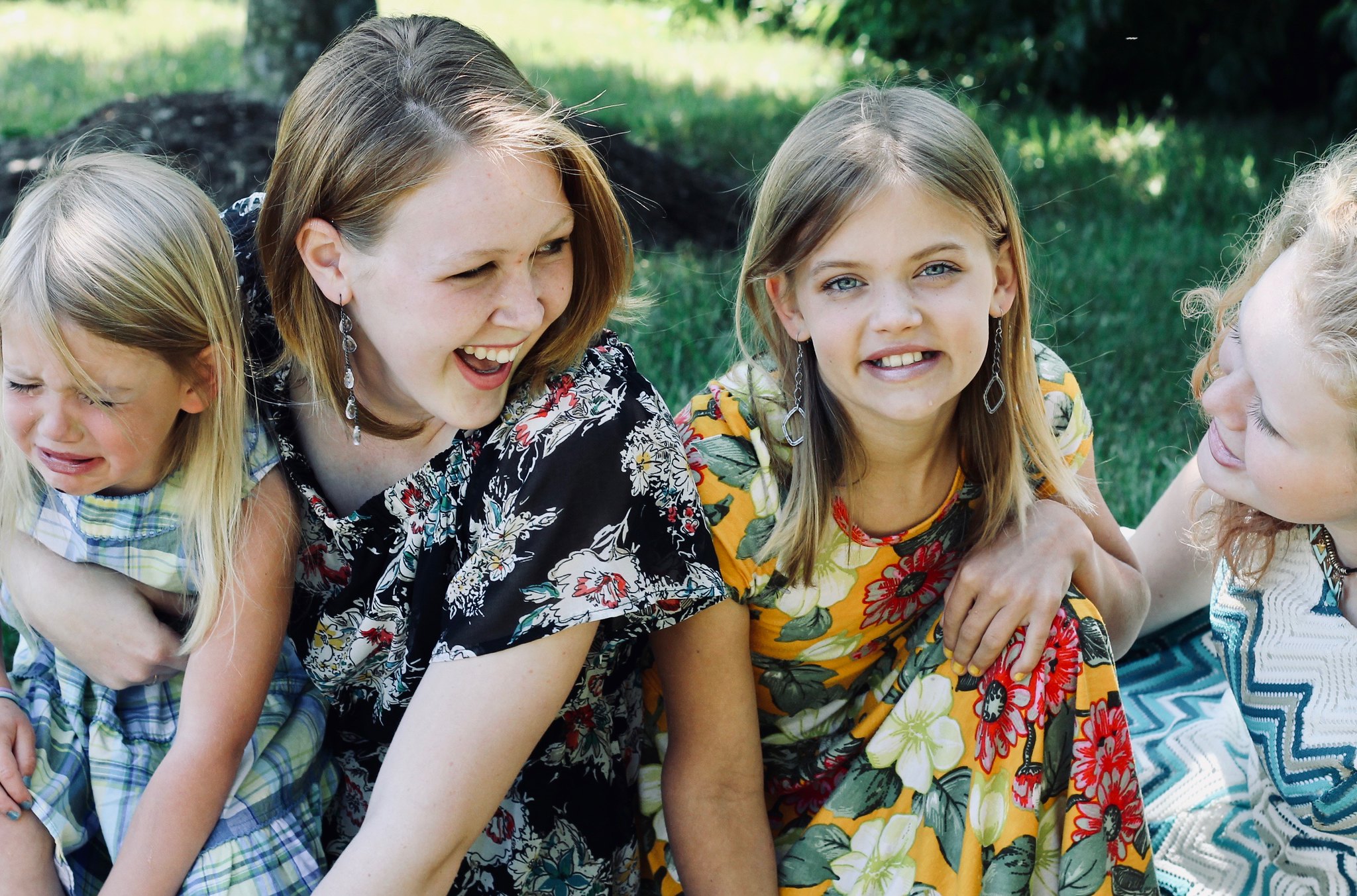 The rest of us had a jolly time, though! 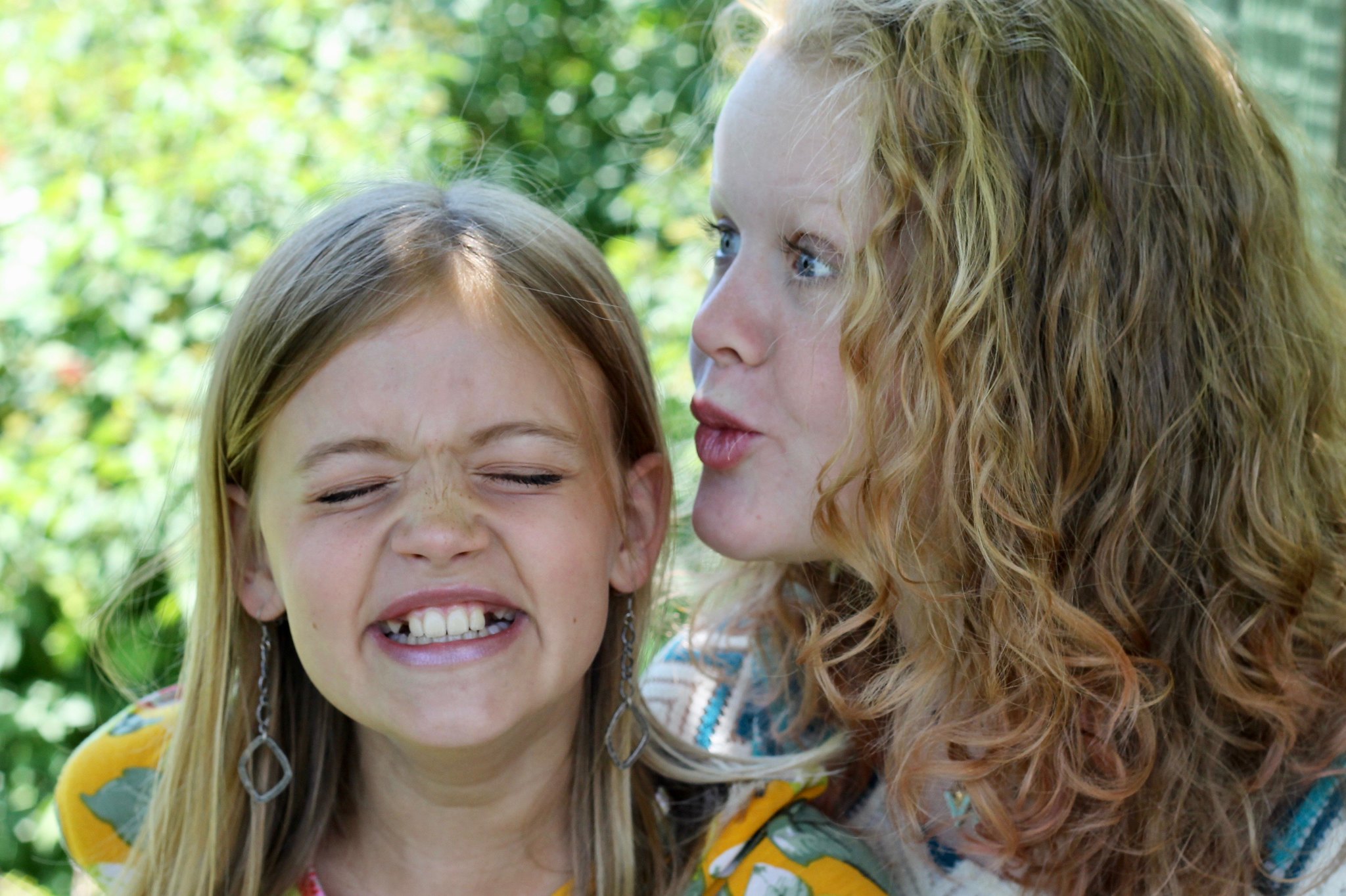 The spot was idyllic; the girls hammy…. 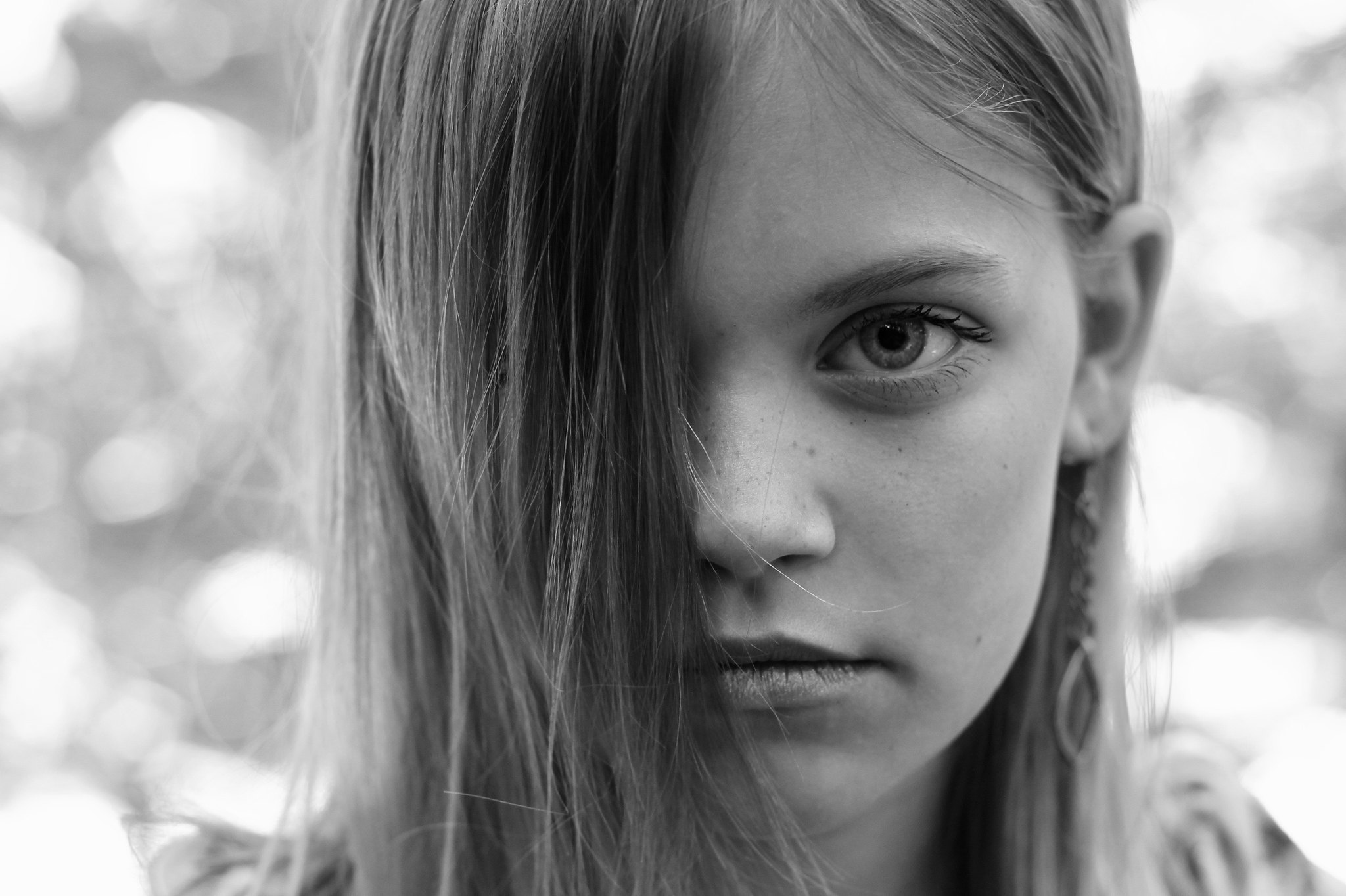 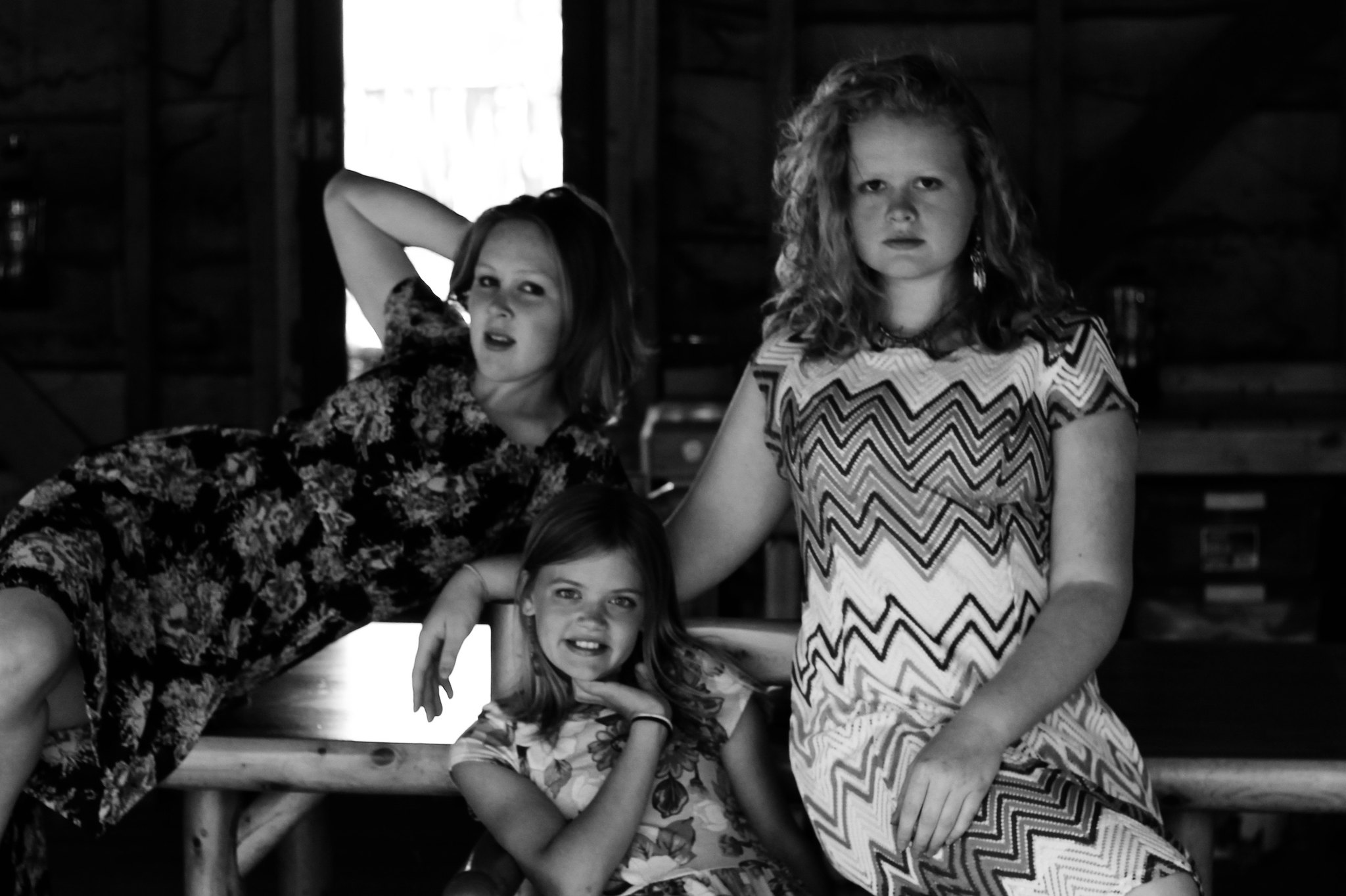 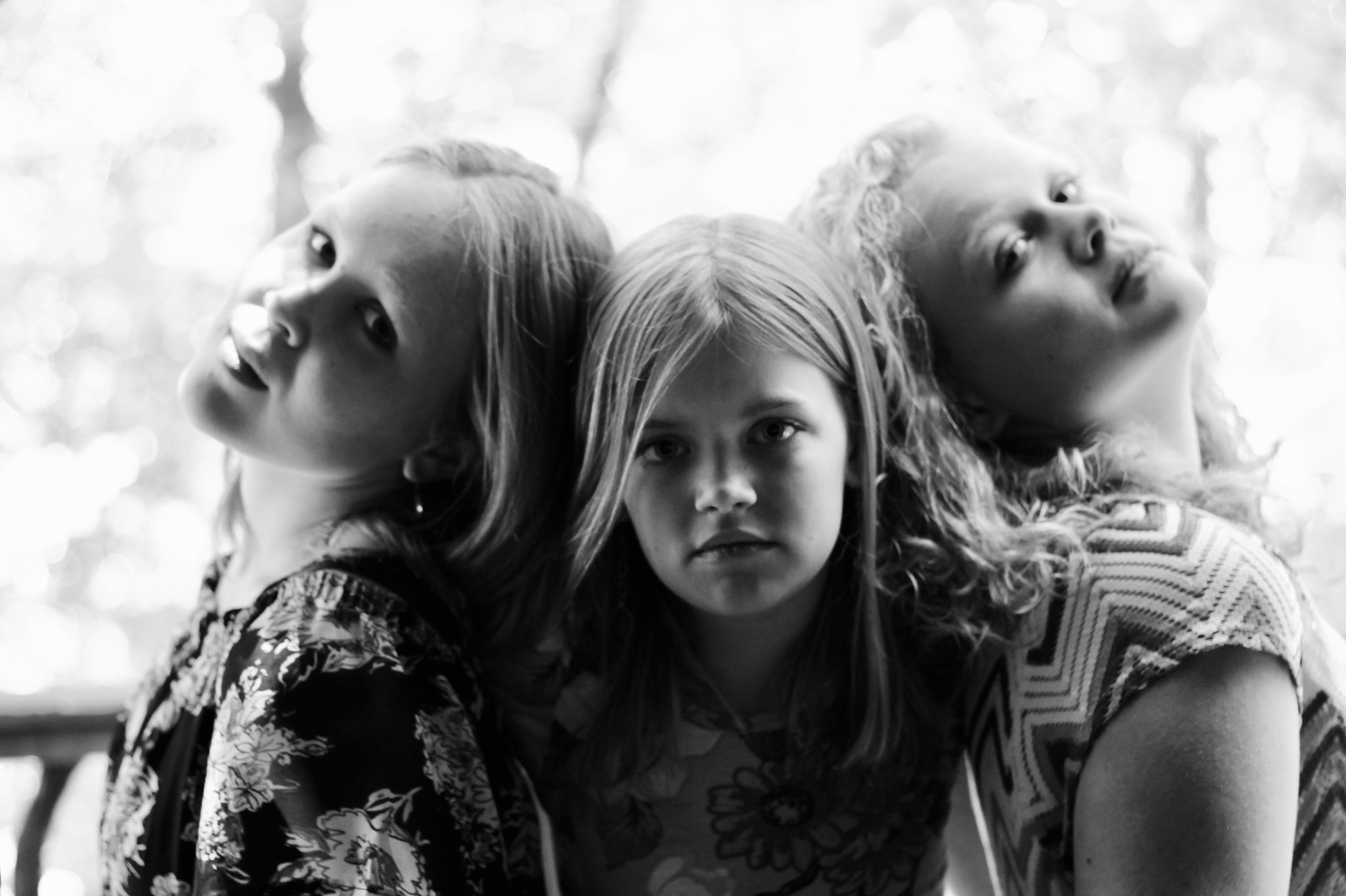 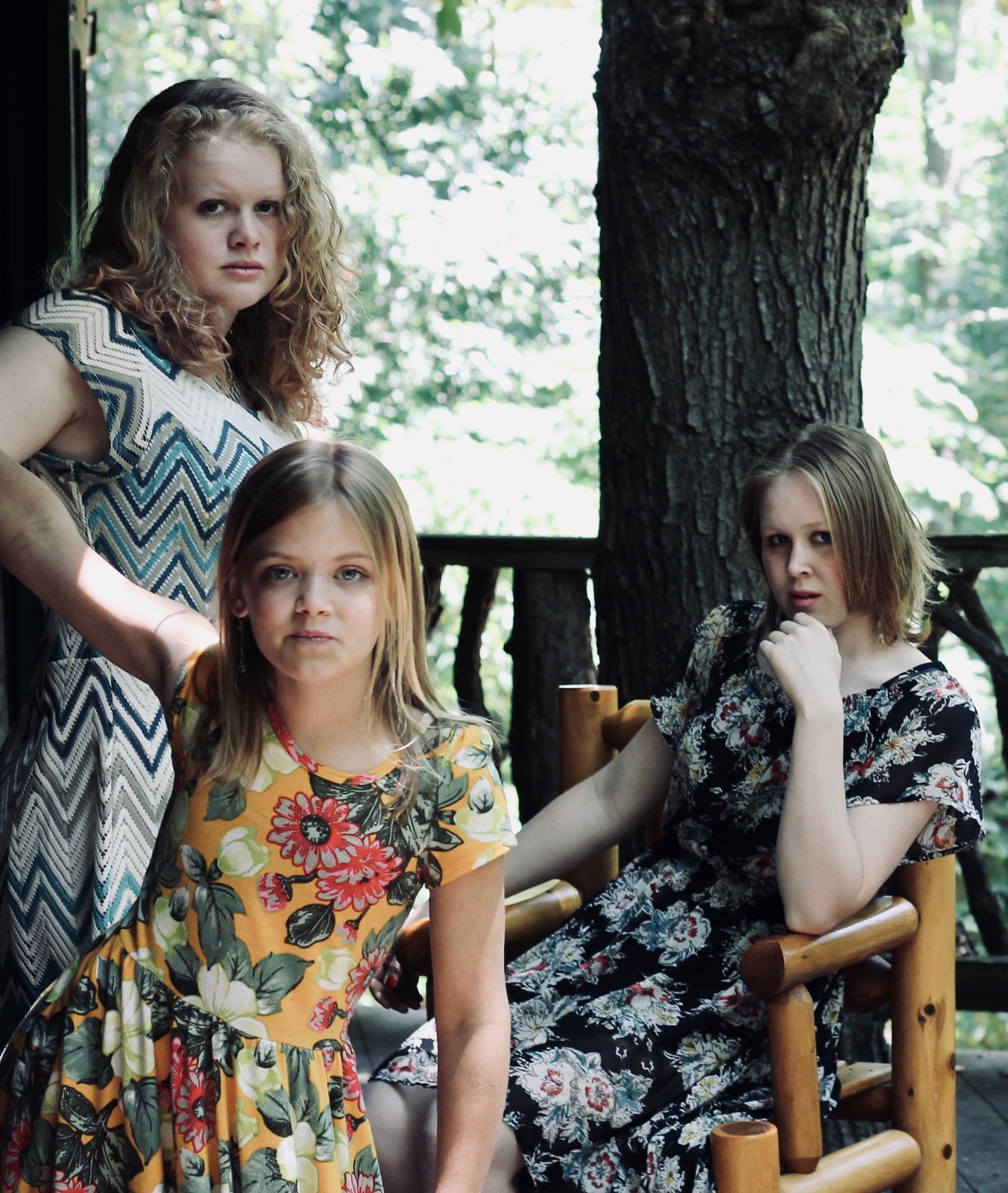 And by the end, the littlest had mostly recuperated. 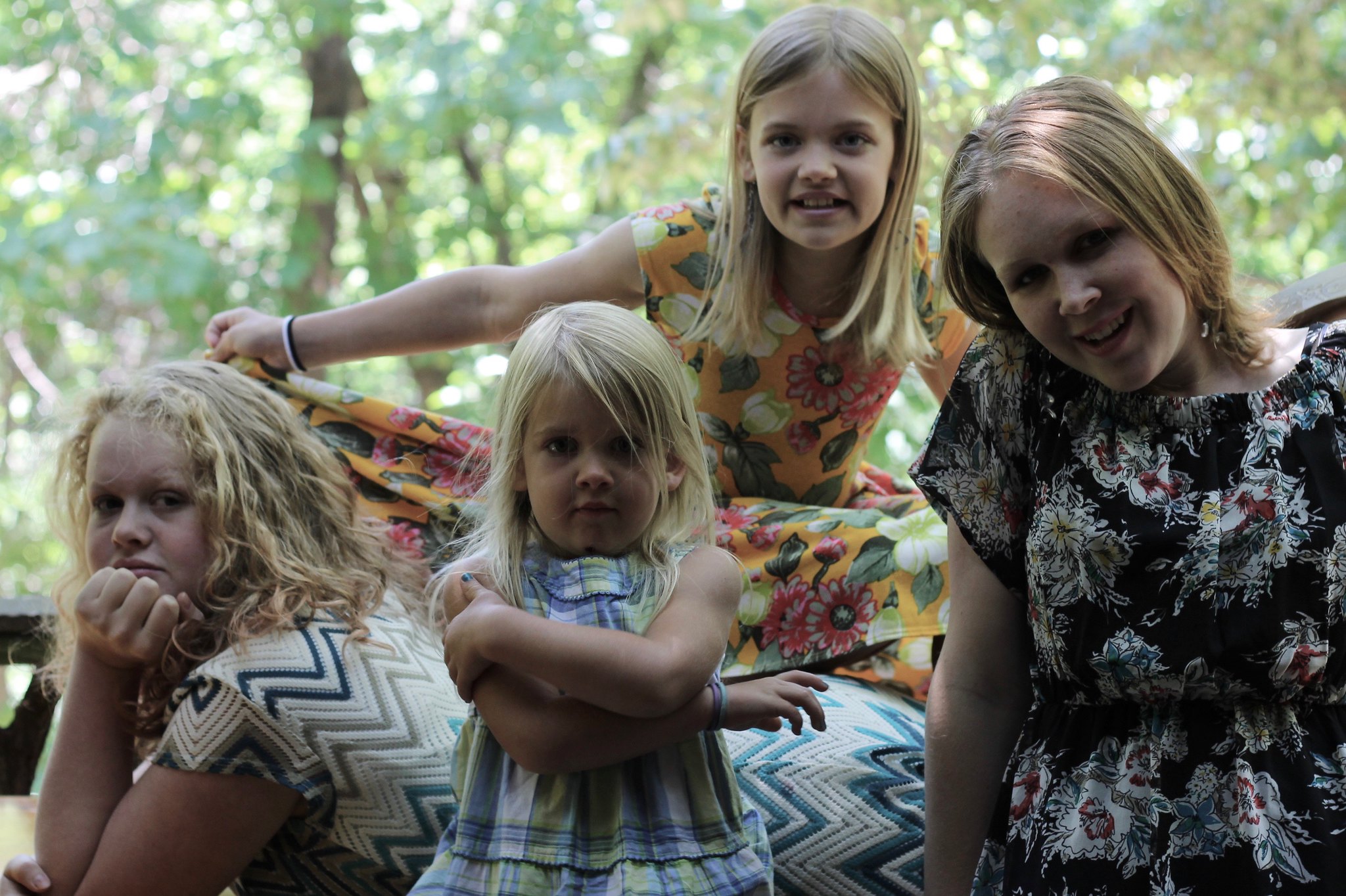 Then we went home and had lunch.
The end.