I heard about the DivaCup years ago, but I always thought it sounded a bit too much: too messy, too unreliable, too risky. But then a few weeks back when I was talking to a friend about the Period documentary I’d just watched with my girls, she mentioned that she used the DivaCup. Actually, she’d been using it for years, she said, and she loved it.

Curious, I did a little research. I read up on different menstrual cups (my friend sent me a great article detailing a variety of options), and then I turned to the Amazon reviews. So many reviews; so much enthusiasm. I had no idea.

I paid particularly close attention to the question and answer sections: sizing, how to know when to change it, how to change it, etc. The answers (and all the comments) were enlightening and encouraging. The whole DivaCup thing suddenly seemed realistic. Easy, even.

So I bought one. 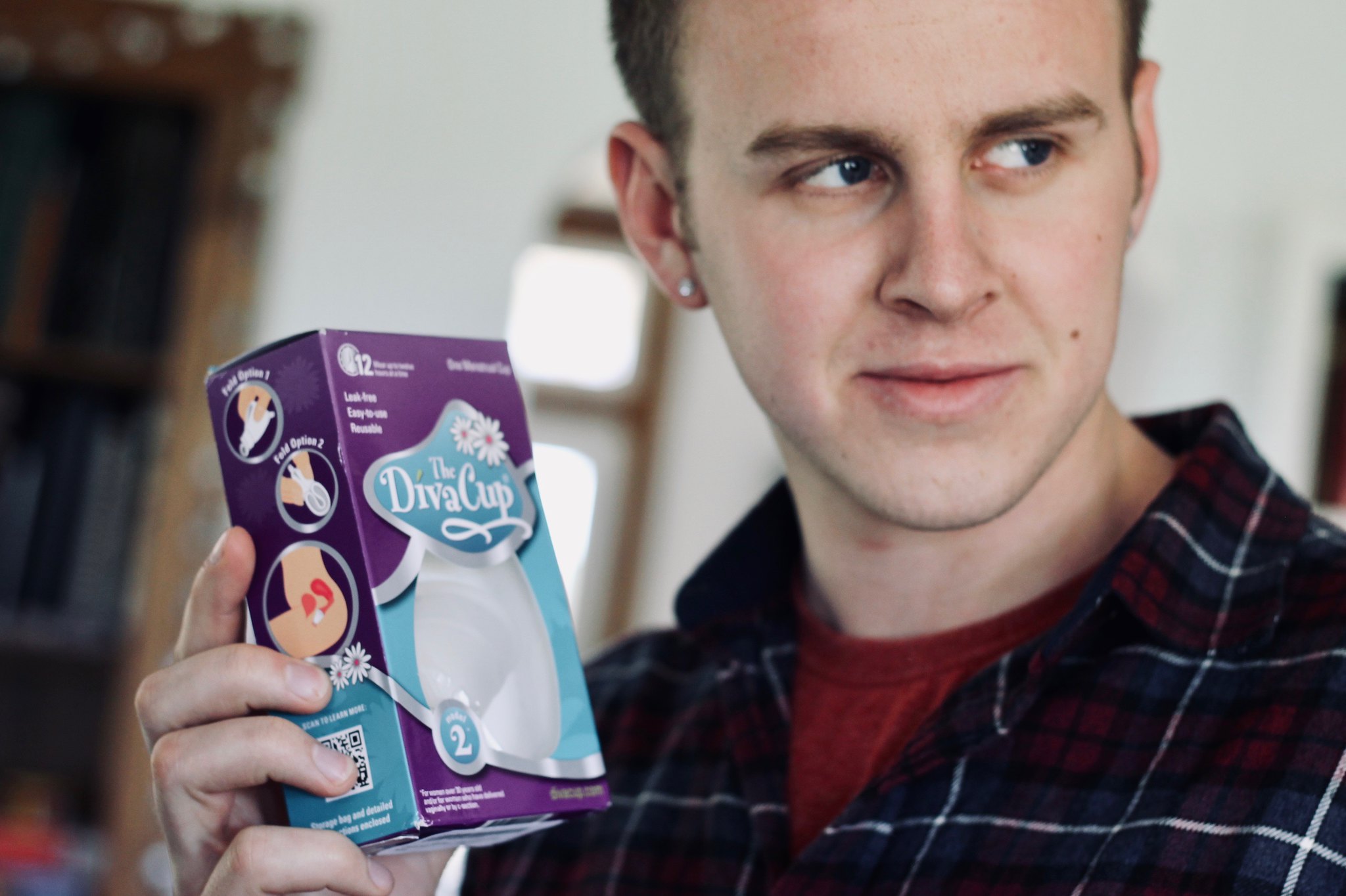 When I told my husband, he looked a little worried in a “sounds kind of messy” way. My girls, though, didn’t bat an eye. They were like, “Awesome,” and “Heck yeah!”

Because, like my husband, I was a little apprehensive. I had visions of ruined clothes, public mortification, and a crime-scene-esque bathroom, but guess what. No ruined clothes (I used back-up pads during my heaviest days), zero public mortification (and I even changed it in public restrooms, hear me roar), and nobody ever wondered if someone got murdered in my bathroom.

Actually, that last point is the most surprising: I find that the DivaCup is actually less messy than tampons. Because the blood flows and collects naturally, more cleanly, without any, um, how shall we say, backlog, the whole process is amazingly tidy.

The first day I used it, I couldn’t stop raving. I couldn’t get over how streamlined it was — there’s not even a tampon string to get in the way — and I loved being able to measure my blood flow. Think about it: I’ve had my period since I was ten, and yet I’ve never known, until now, how many ounces of blood I actually lose. The knowledge made me feel empowered and in control of my body.

So giddy was I about the whole thing that I called my husband into the bathroom so he could witness the marvels for himself. He wasn’t as enthusiastic as I was (that would be weird, I suppose), but he was politely tolerant. Appreciative even. He knows full well that menstruation is a part of life — no: it is life — so he’s cool with it. Women bleed, period.

Regarding the DivaCup, I’m still on a learning curve (the pamphlet said that it takes several menstrual cycles to get completely comfortable with it), but I’m proud to report that I did a couple days of kickboxing (squats! sit-ups! roundhouse kicks!) with no extra protection and zero problems.

Guess it’s time to buy DivaCups for my girls! 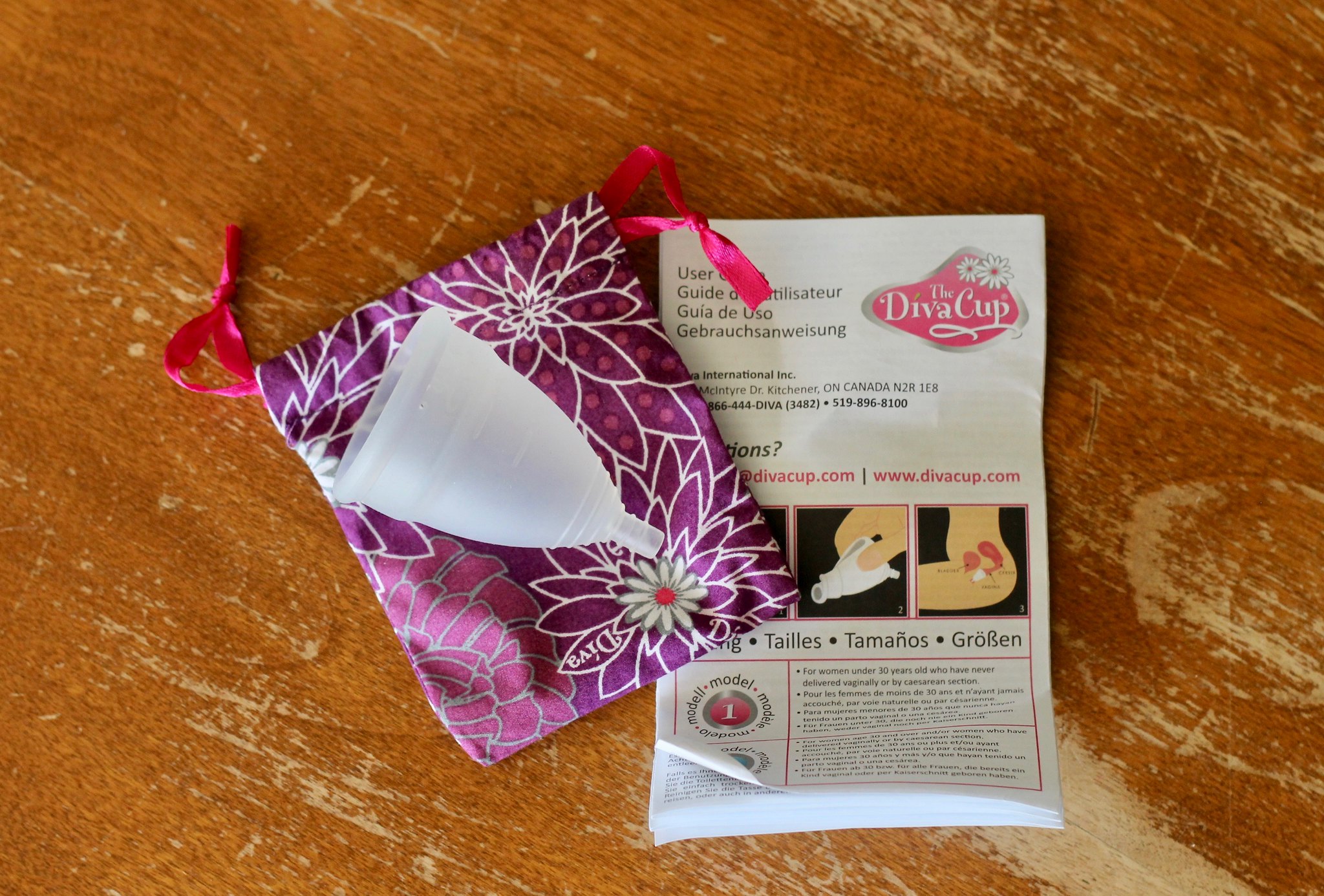 Do you use the Diva Cup? Would you use it?

Or maybe everyone is already DivaEnlightened and I’m the last one to the party?

Oh, and what about cloth pads and period panties — have you tried those? (I haven’t; should I?)

P.S. Now that we’ve watched the Period documentary, my younger brother and his wife recommended that we watch Padman. Sounds like a perfect family night movie to me!

This same time, years previous: about that house, snake charmer, in which we didn’t need the gun, ice cream supper, the quotidian (5.26.14), rosa de jamaica tea, the quotidian (5.28.12), through my daughter’s eyes, the boring blues.