When we arrived back home from Puerto Rico, I was acutely aware that we would need to take measures to detox from technology. Four months of city living, and removed from the standard sources of entertainment that we typically rely on — libraries, peer groups, farm chores, gardening, acres of green, a full barn, a stocked kitchen — had resulted in all of us becoming depressingly dependant on technology. Even though I’d temporarily reconciled myself to a different lifestyle, the entire summer I was biding my time, itching to get back home so I could slap on the limits.

I wasn’t exactly sure what those limits would look like, though. I assumed that regular life would pull us away from screens naturally, and it did … but only to a point. Even with college classes, social events, and jobs, my husband and I and the two older children kept defaulting to technology. In the evenings when I’d make the rounds to say good night, I’d often find the older two kids curled up in their respective beds, watching some show or another. Observing them so sucked in, my anxieties skyrocketed. We desperately needed to press a reset, but how?

For days, I racked my brains for a plan that would make a difference but that wasn’t so extreme that it would be doomed to fail. Finally I landed on an idea: no screens for entertainment purposes after 8:30, Sunday through Thursday.

Since this rule would apply to the adults (the kids weren’t the only technology addicts in the family), I ran the idea by my husband. “This means no middle-of-the-night movies, you know,” I said pointedly. (When he can’t sleep, he often comes downstairs to watch movies.) “No problem,” he said, “I can read.”

To each of the kids, I presented the idea separately. My main talking points:

*We’ve all become much too dependant on technology.
*If we don’t put boundaries on technology, it’s way too easy to default to it.
*The younger kids don’t have access to technology, and they ought to have the opportunity to grow up with the same sense of family and togetherness that you had.
*There’s plenty of other stuff to do, like music, reading, games, visiting.
*This will help to provide a structure for the work week. You’ll get more sleep, which will help you focus.
*You’ll still have the weekends to do with what you want.

So, what do you think? I asked them.

My older son’s response: Okay, maybe.
Me: Maybe isn’t good enough.
Him: I can’t promise anything, Mom, but I’ll do the best I can.
Me: You don’t think this is a good idea?
Him: Well, yeah.
Me: Then why not commit?
Him: Okay, fine. I’ll do it. 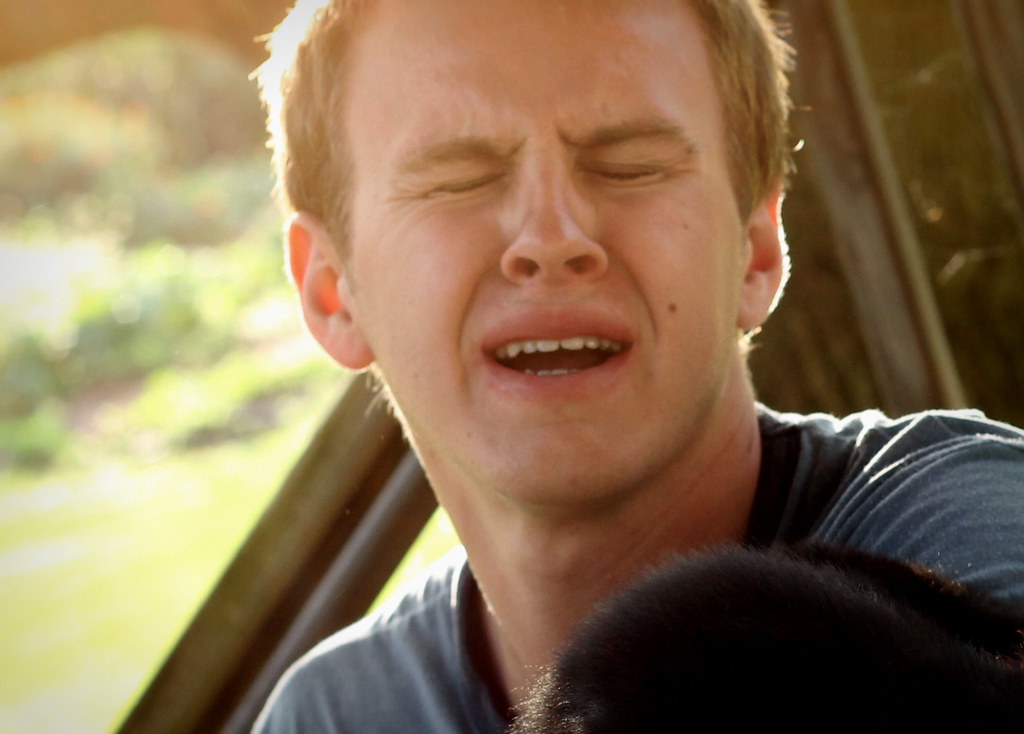 My older daughter’s response: Aw Mom, really? Do I have to?
Me: Don’t you think it’s a good idea?
Her, whimpering: Um…yes?
Me: Then what harm is there in tr—
Her: OKAY. 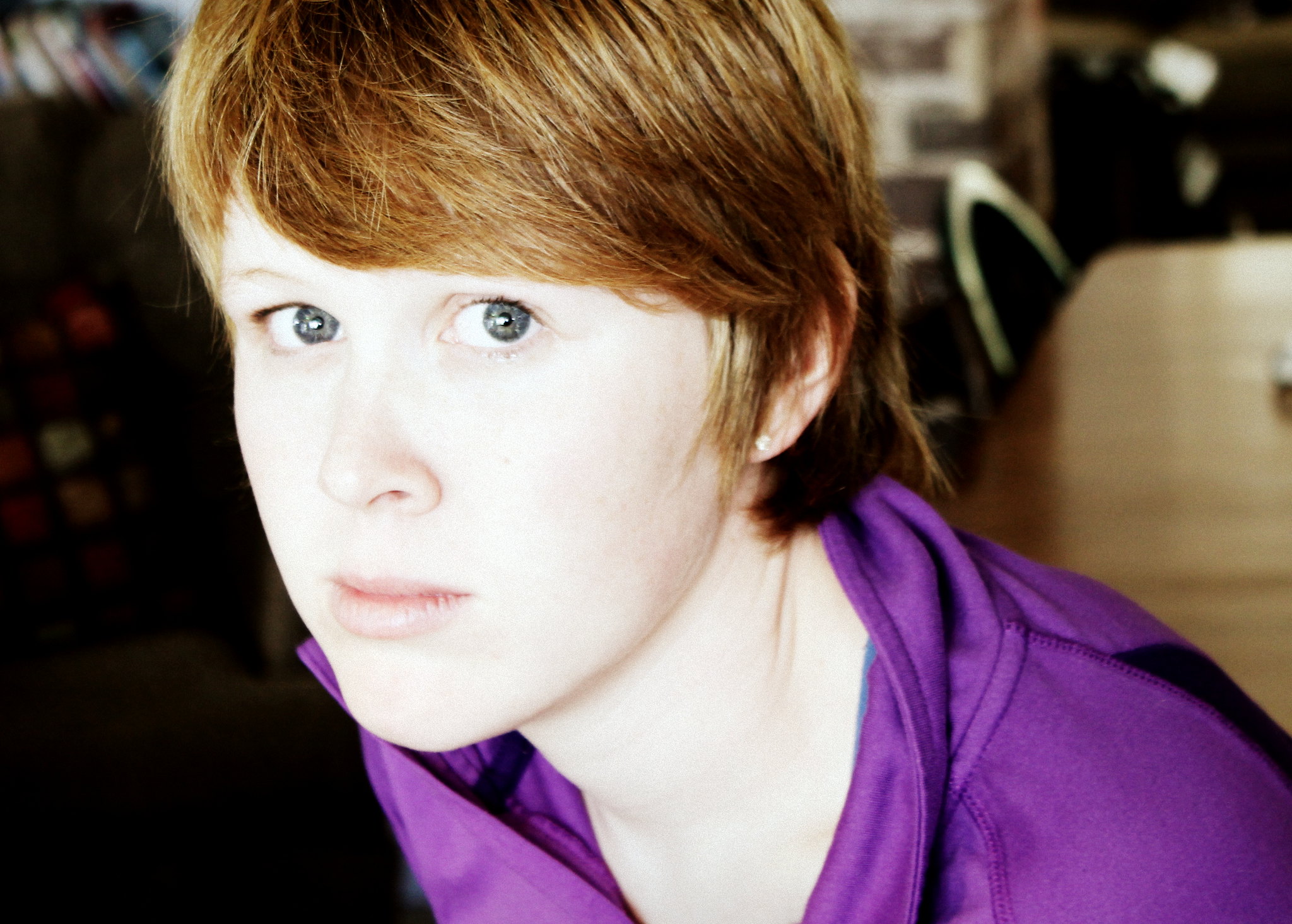 My idea has been in effect for about a month now, and even though our media fast is laughably piddly — just five nights a week and only after 8:30 P.M. — the shift has felt huge. Now that half of the family (or three-fourths) isn’t staring at a screen with headphones on in the evening, the atmosphere is different. No longer divided into technology haves and have nots, the playing field has been evened. And even though we’re often separated physically — the kids still like to hide out in their rooms, doing their own things (and ignoring my shouted demands at them to come down and read in the living room with their dear mama) — the family feels more together, more present.

For me, instead of looking forward to a show before bed, I now look forward to curling up on the sofa with a mug of cocoa and a book. Sure, some nights I feel mildly bereft — a movie sure would be nice right now — but rules are rules and books are fun, too, so end of story. And bonus: since reading makes me tired, I’ve been going to bed earlier and getting more sleep than ever before. (I think we all are.)

I’ve noticed that the five-day pre-bedtime media break goes a long way in loosening a show’s grip on my psyche:  the less I watch, the less I want to watch. Without the distraction of a show tugging me away from life, other things have a chance to take center stage, things like thinking, sleeping, talking, and reading, which might sound boring but actually aren’t. 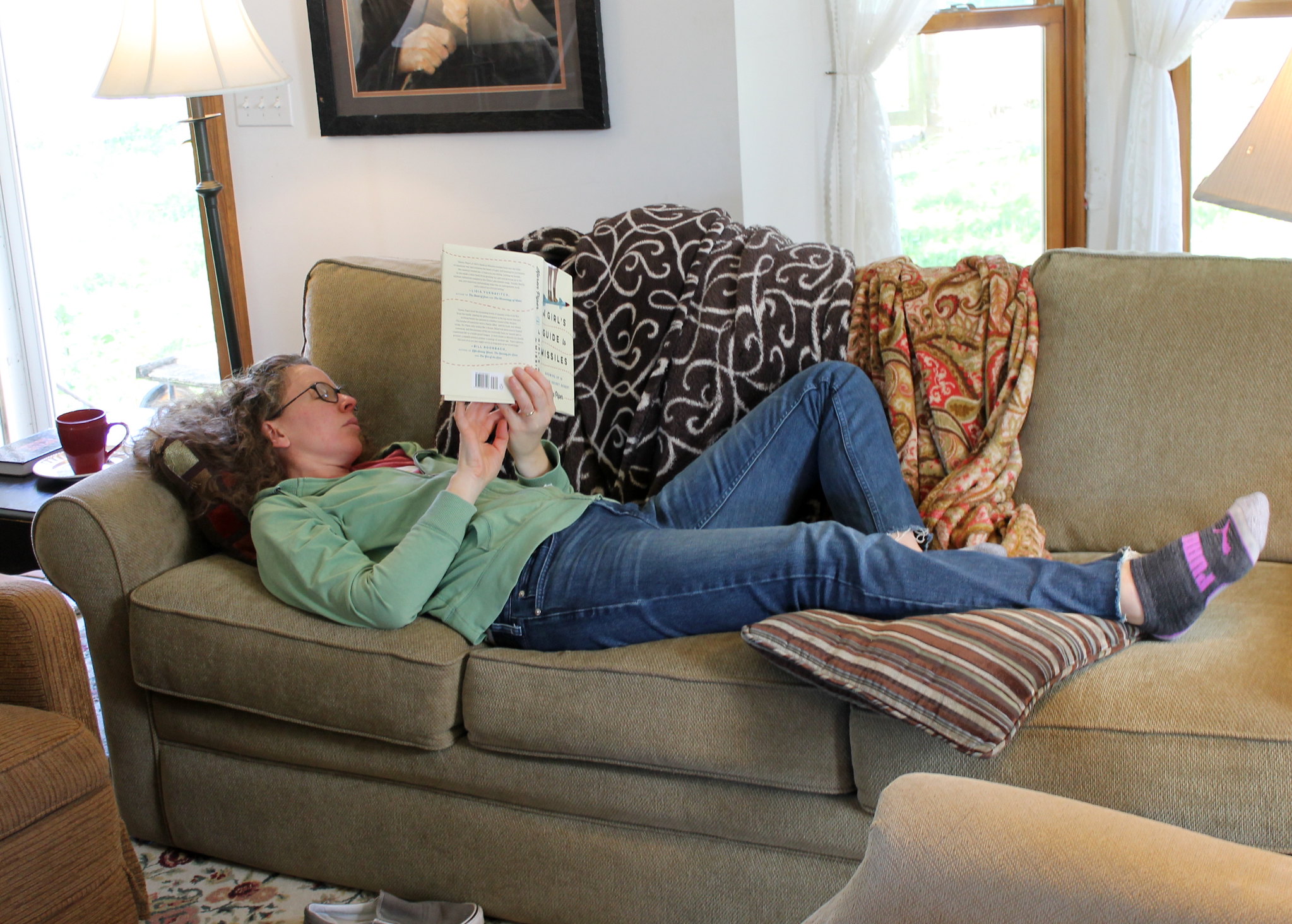 I read in the middle of the day, too.

P.S. Full disclosure: We haven’t been one hundred percent consistent — there have been times we’ve forgotten or (certain children) have outright chosen to disregard the rule — but then we talk about it and try again.

This same time, years previous: practical and beautiful, a hairy situation, hair loss, the quotidian (10.19.15), the reading week, rich, would you come?, how to have a donut party, part one, Italian cream cake.