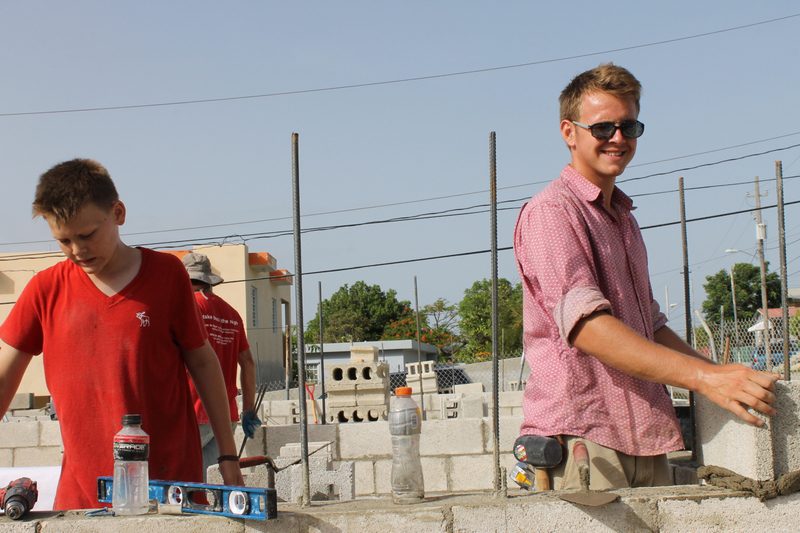 Slowly but surely, the walls are going up!

Block laying is tedious work. Each block has to be placed just so, tapping (or pounding) to level it, measuring and counter-measuring. 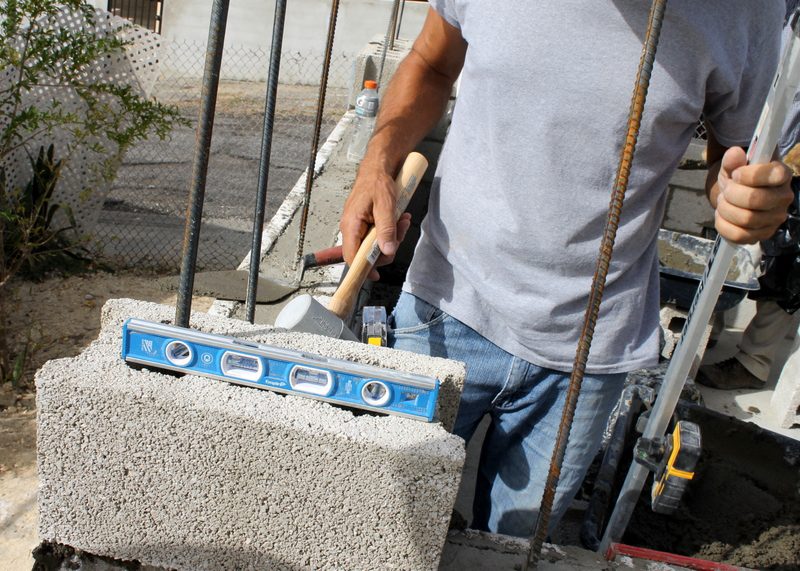 It requires attention to detail and a good eye. And strength. It’s hard work wetting and stirring the mortar and lifting the blocks. I only worked for three hours that one morning, and by the time I was done I had blisters on both of my thumbs. My hat’s off to the workers putting in ten-hour days! 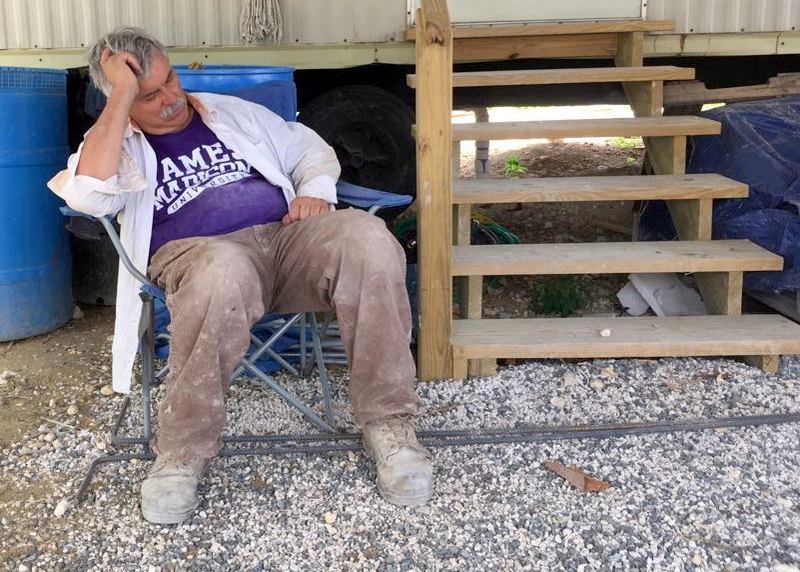 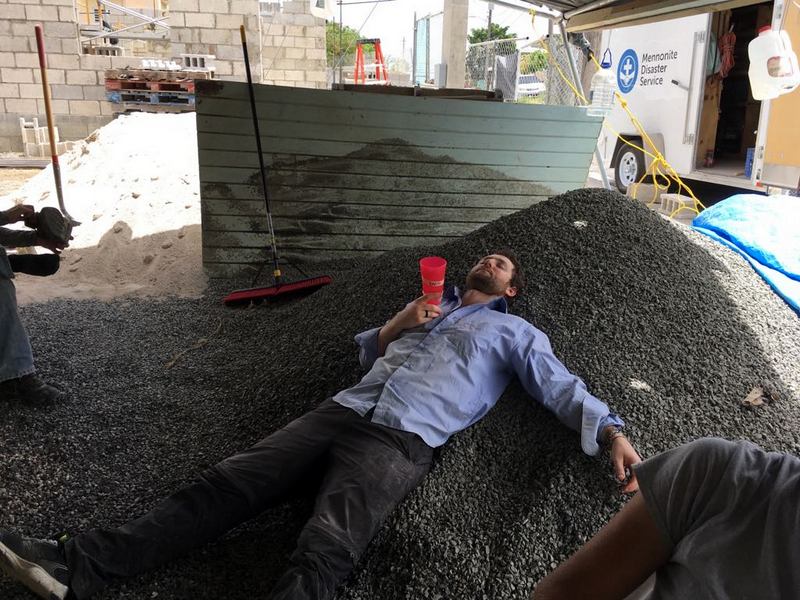 Now that MDS is having volunteers to Ponce rent a car from the airport, logistics are so much easier. Everyone — both us and the volunteer groups — can be more independent. Volunteers get themselves to church, to our house, to stores, to the airport all by themselves. And in the evenings, if they’re not too tired (ha), they can explore, too.

Last week we had a group of five volunteers from our church community back home. 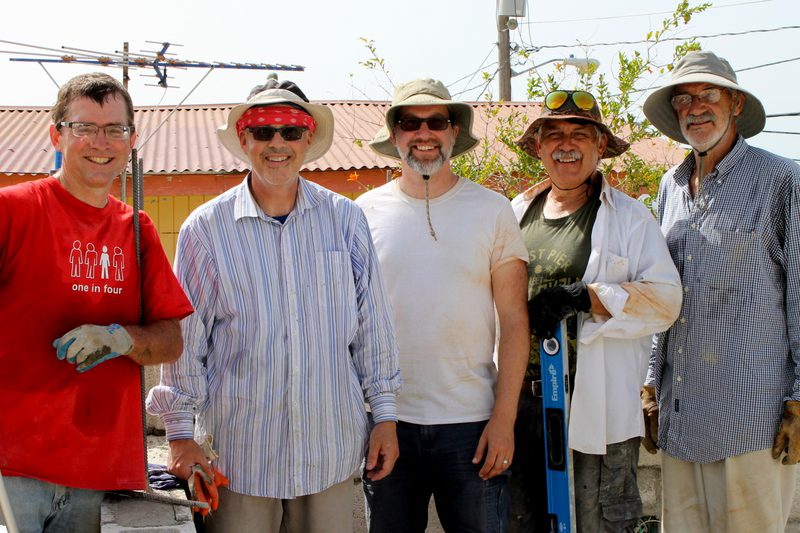 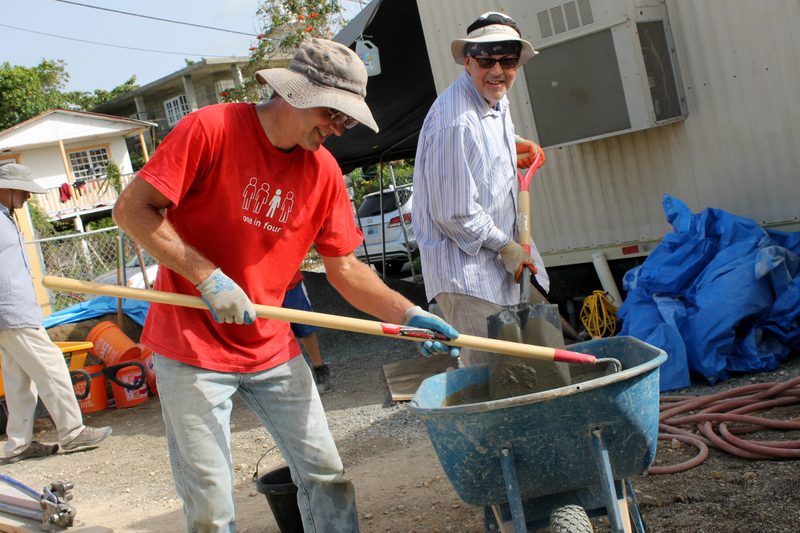 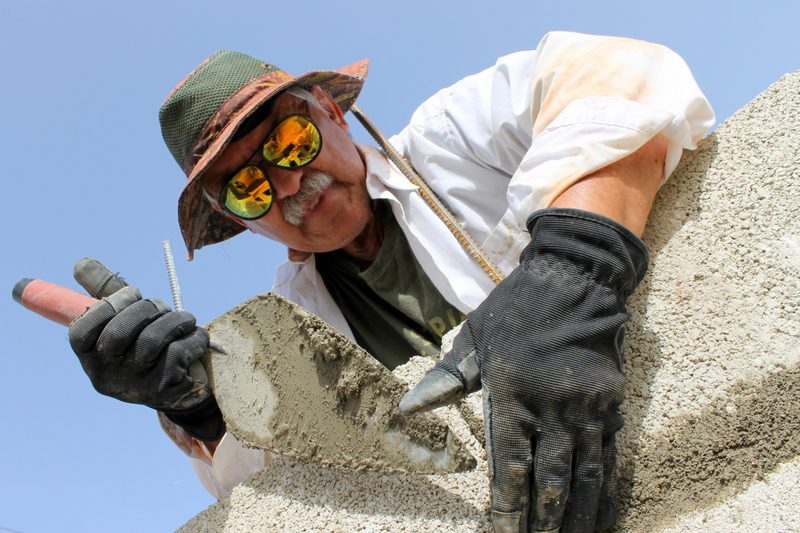 This week, two of the men from the previous week stayed on, and two new ones arrived. 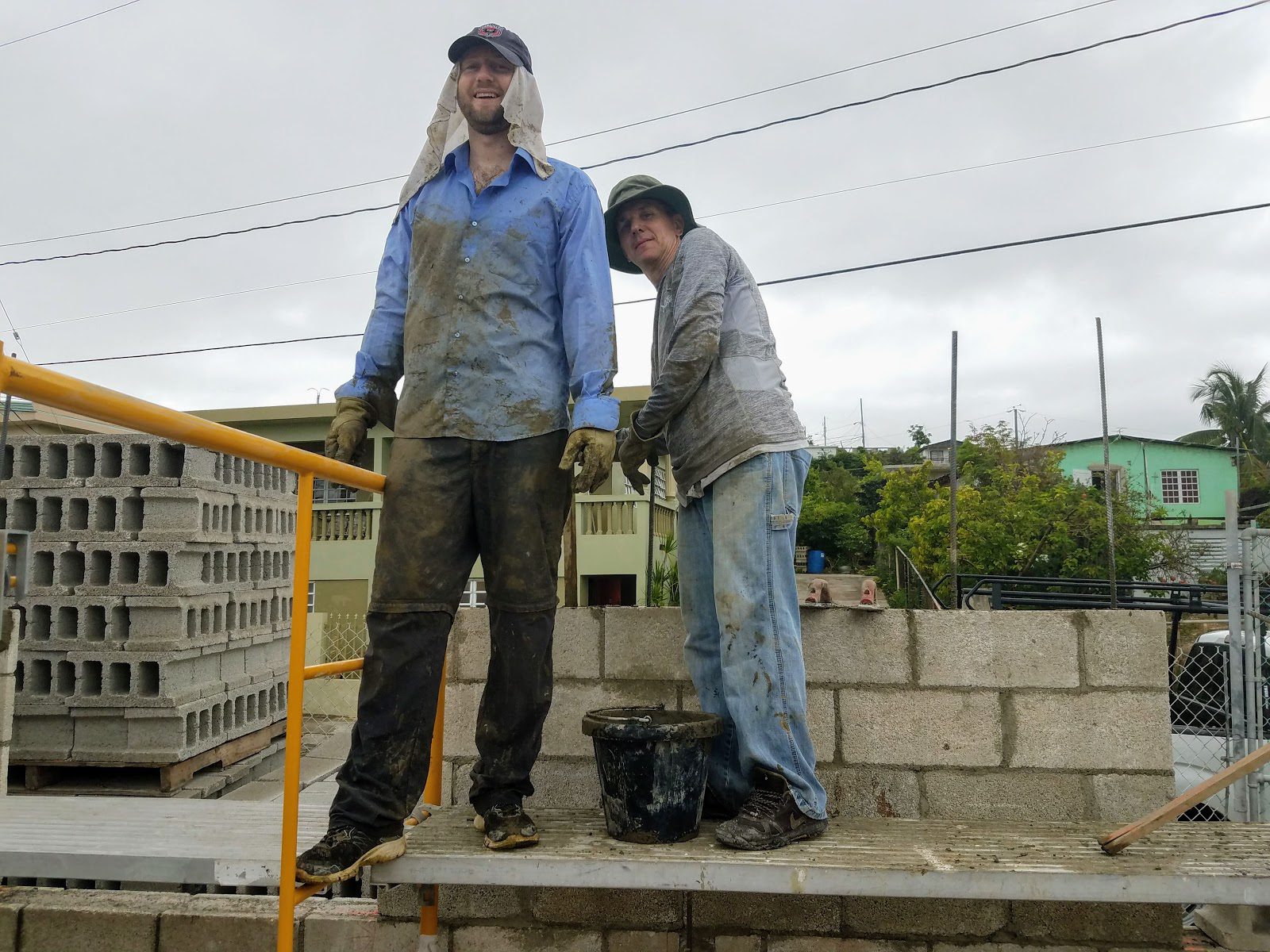 Often Chiro and Lery will invite everyone over for pinchos, and one evening last week we (my family, the MDS volunteers, and another couple from our church who were visiting for a couple days, scouting out the island for a potential cross-cultural trip for the university) met at their place to hear their Hurricane Story. I translated for the group. (Chiro accused me later of not being accurate … because I didn’t cry when he cried, the stinker!)

Part One: Wind and Sand
For roughly twelve hours, the sand battered houses and cars, stripping them of paint. Afterward, one half of a car would look fine, and the other half would look faded and torn up. The power went out about four hours after the storm started.

Part Two: The Eye
For a couple hours it was relatively calm. People stepped outside — the light was eerie and reddish — to assess the damage. They knew the second half of the storm was coming, and that it would be worse.

Part Three: Wind and Rain
During this part, there aren’t many photos — people were too scared to take pictures. This time the wind came from a different direction — whatever hadn’t broken the first time, now, weakened by the first twelve hours, snapped easily. In addition, there were dozens of mini-tornados. From their upstairs bathroom window, Chiro watched as one of the little twisters destroyed one of the enormous cranes at the dock.

But the actual storm was only the beginning. What followed were days of high-stress work: making meals, finding people, procuring gas and water and generators, handing out food boxes, problem-solving, taking people in, etc. All of it was intense, and on little sleep, too, but it’s when talking about not being able to communicate with their family that they tear up. That — the inability to communicate and the not-knowing about the safety and well-being of their loved ones — was the hardest part.

That evening with the volunteers, Lery showed us a video that her health department produced after the hurricane, detailing how the organization responded to the crisis. For Lery, working with her co-workers was both extremely challenging and empowering. They were prepared and they worked hard. It’s something to be proud of.

But back to our volunteers! And the house! 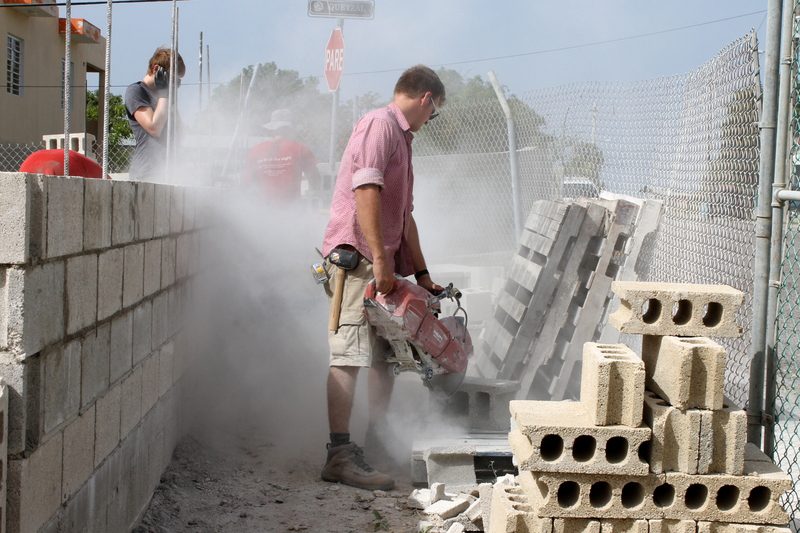 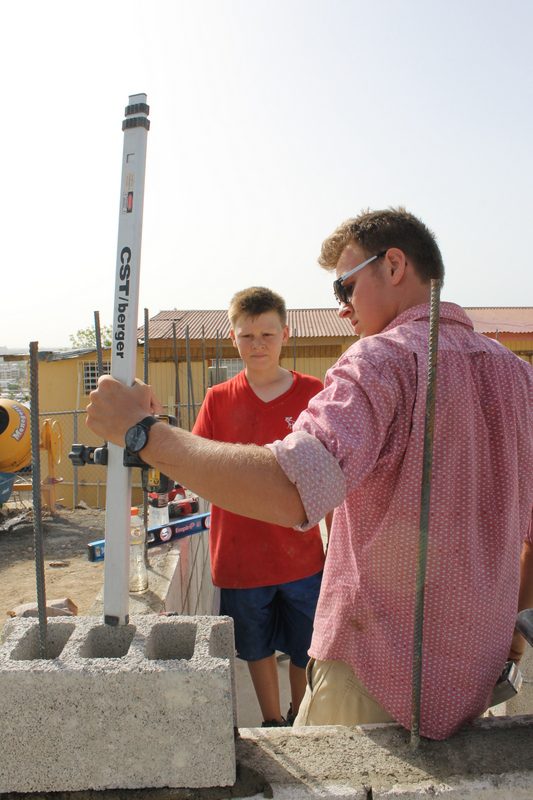 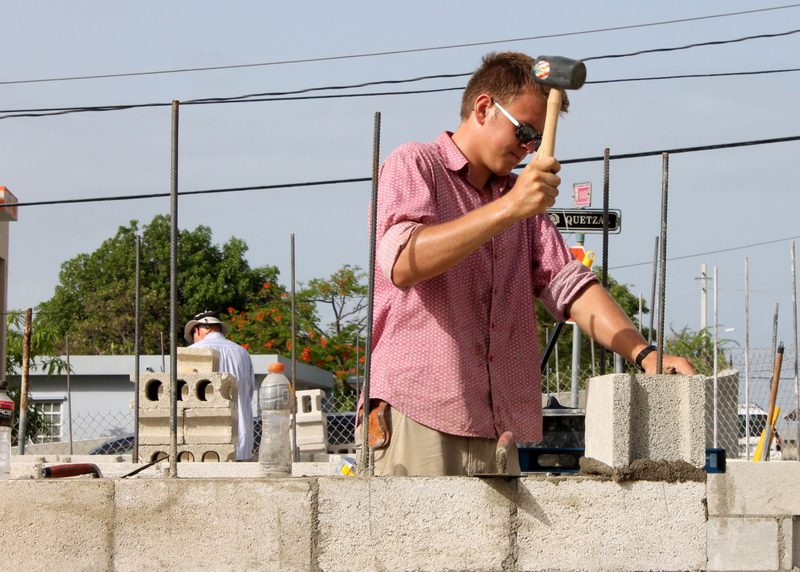 My older son works full-time. We’ve considered sending him to one of the other jobsites to give him a change of scenery, but then my husband realized that he’s come to depend on him too much, Sorry, kid, serves you right for working hard! And my older daughter usually puts in full days, too, though recently, under-the-weather with a cold and stomach bug (more appropriately called a “buggette,” since it was so minor), she took a couple days to be A Royal Layabout. 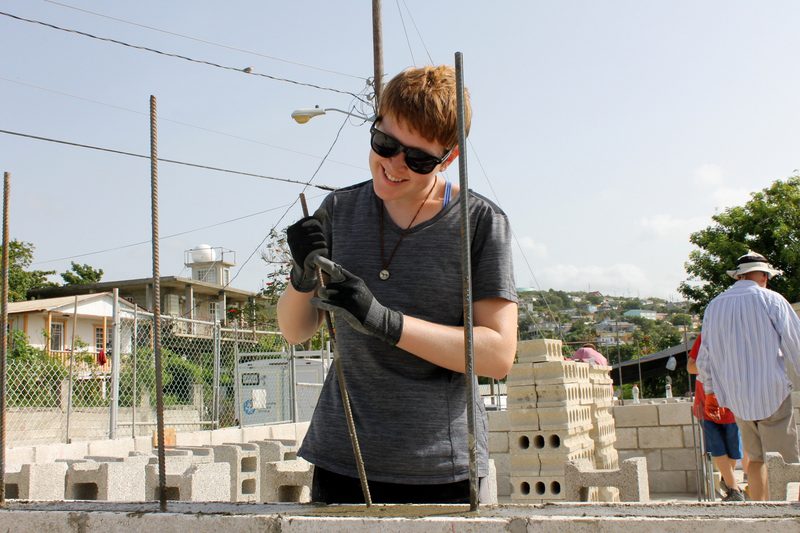 The younger two sometimes pop in to help (and my younger daughter was a surprisingly gifted block layer), but there’s not much for them to do right now. 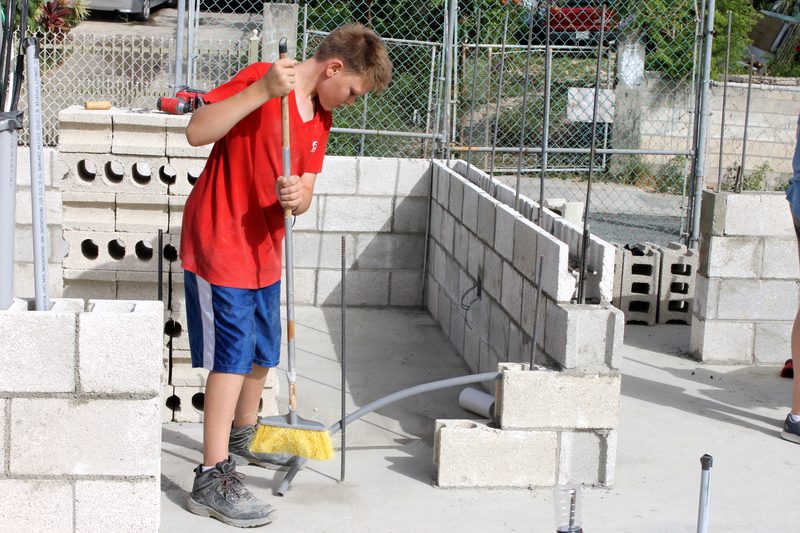 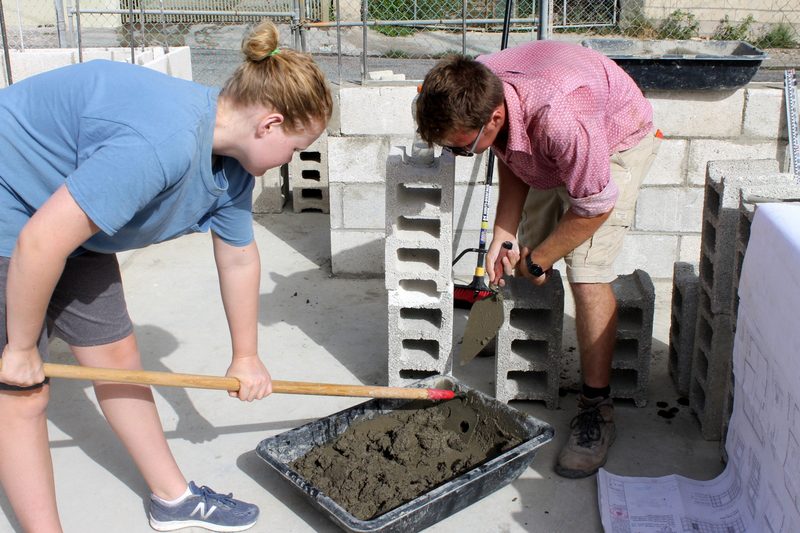 The tasks — meticulous block laying and up high, on scaffolding — require more supervision, and my husband, his hands full enough already with managing the weekly volunteers, doesn’t have extra time for coaching (occasionally obstinate) children. 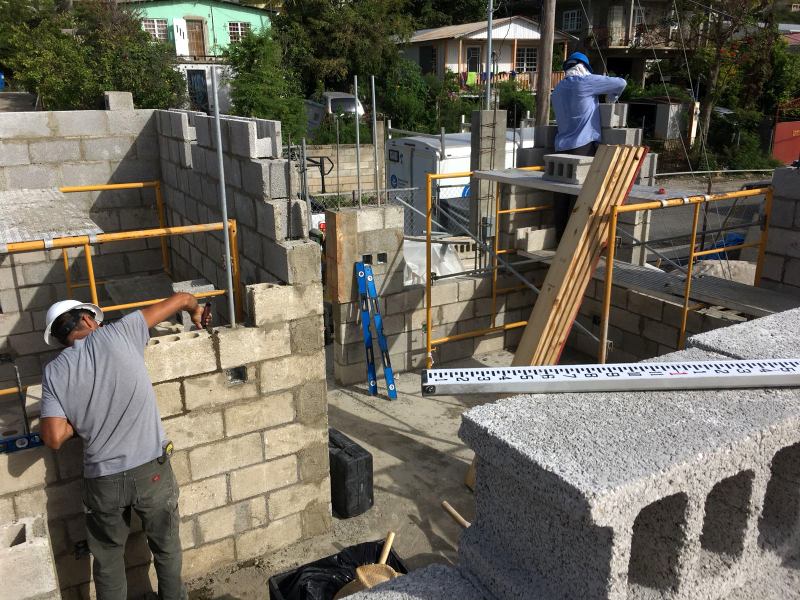 Next week we hope to finish the walls. Then, trusses!