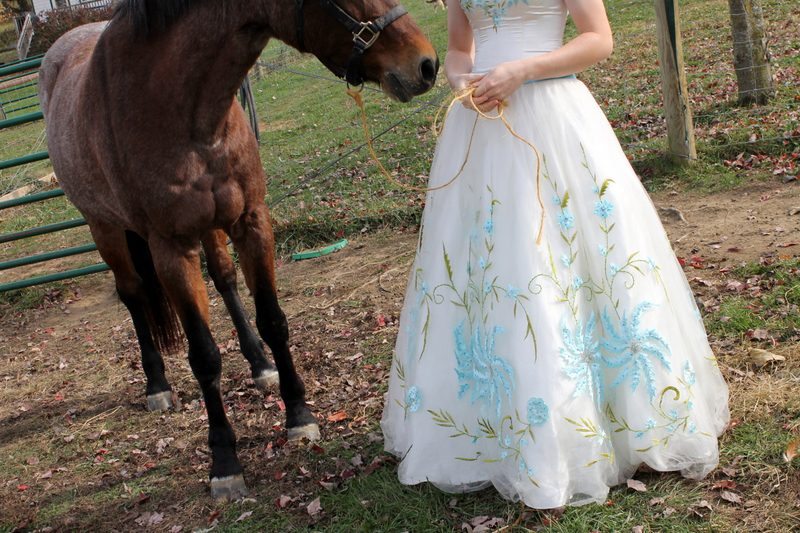 A few weeks ago, my daughter asked me to come out to the field with my camera. She wanted to do a photoshoot with one of her old dress-up-gowns-that-now-fits, and her horse.

Out by the shed, with the goats and dogs underfoot, I helped her wriggle into the dress. Zipping it tight was no small feat — Stop breathing, girl! — and then she had to somehow get up on the horse. 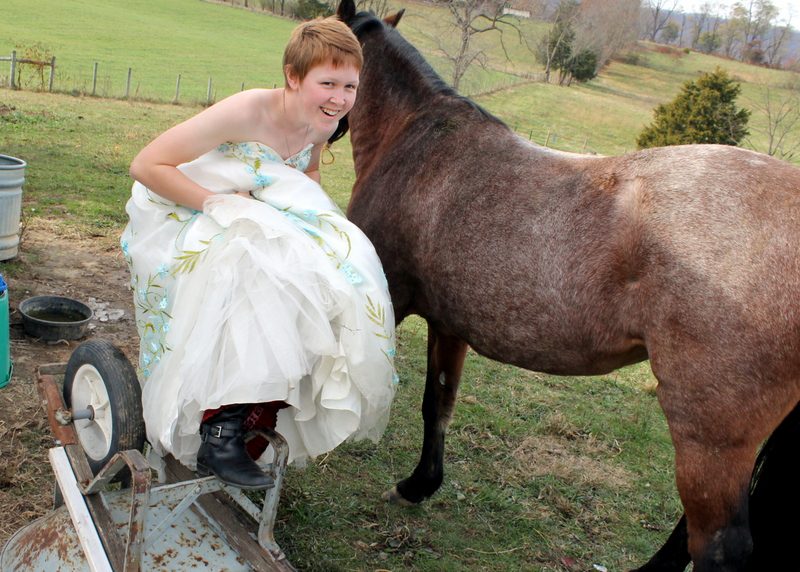 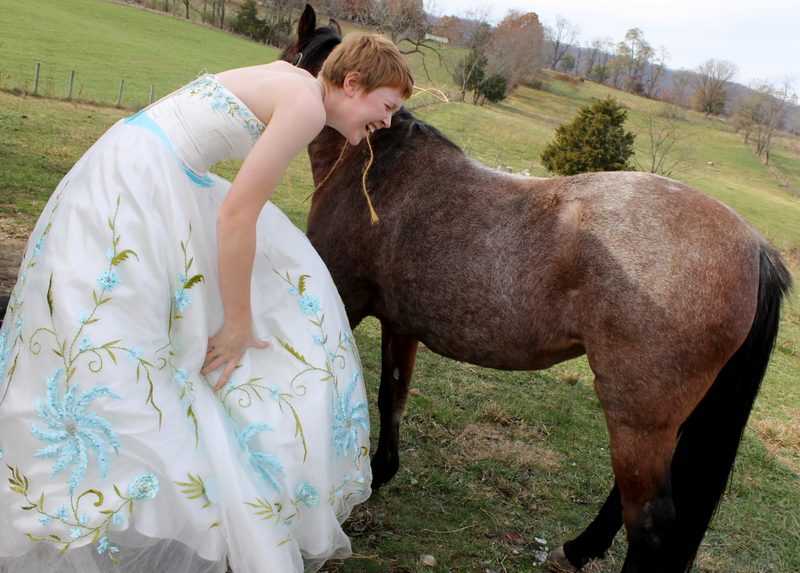 The whole thing was hilariously inelegant, and we spent most of the time either yelling at each other — Just get on the dang horse already! — or doubled over laughing. 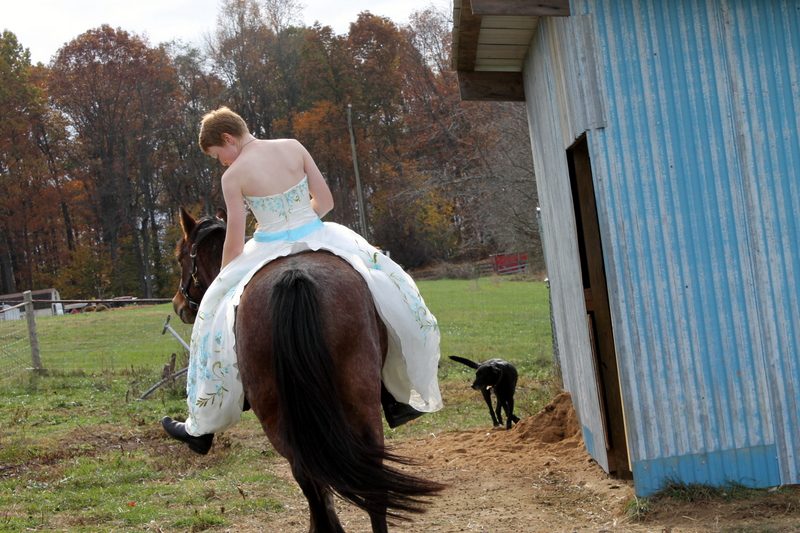 She trotted Velvet around for a minute and then decided she wanted a different halter, so I had to go into the horse shed — Foresight, child, I grumbled —  and rummage around in the dark. 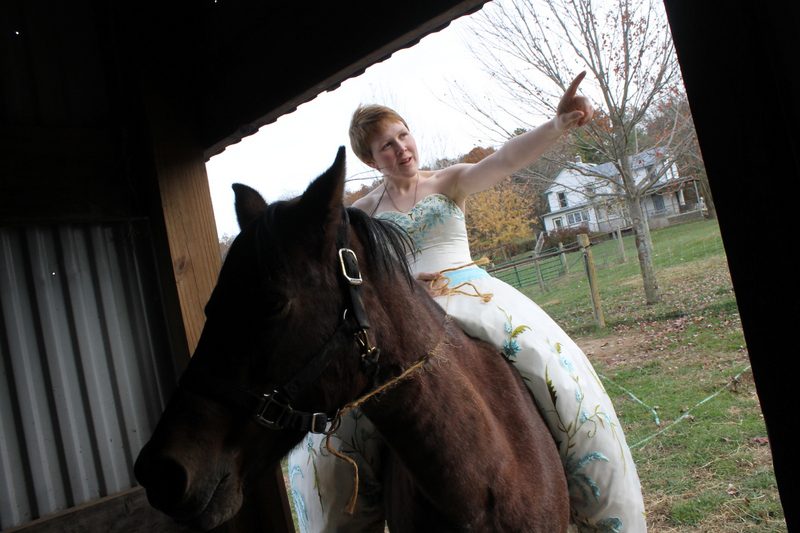 When I didn’t find it fast enough, she rode the horse straight into the stalI. While she awkwardly lunged over Velvet’s neck, trying to harness (bridle, whatever) her, I tried not to get trampled. 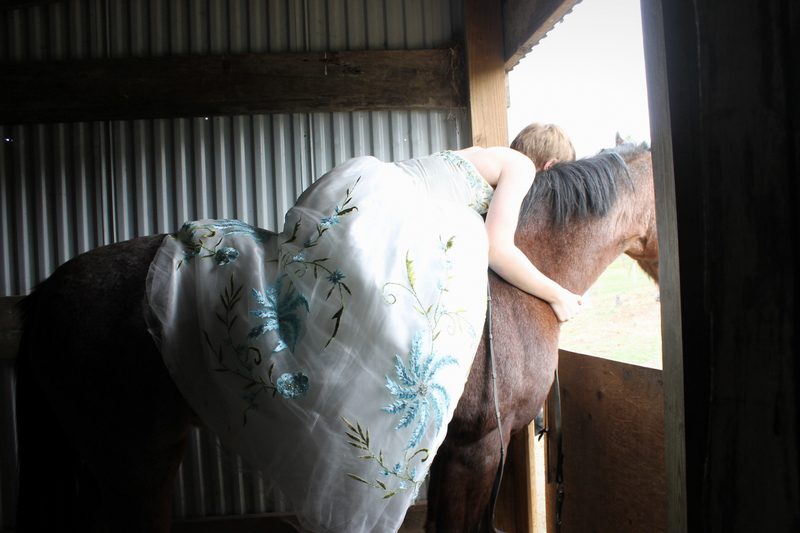 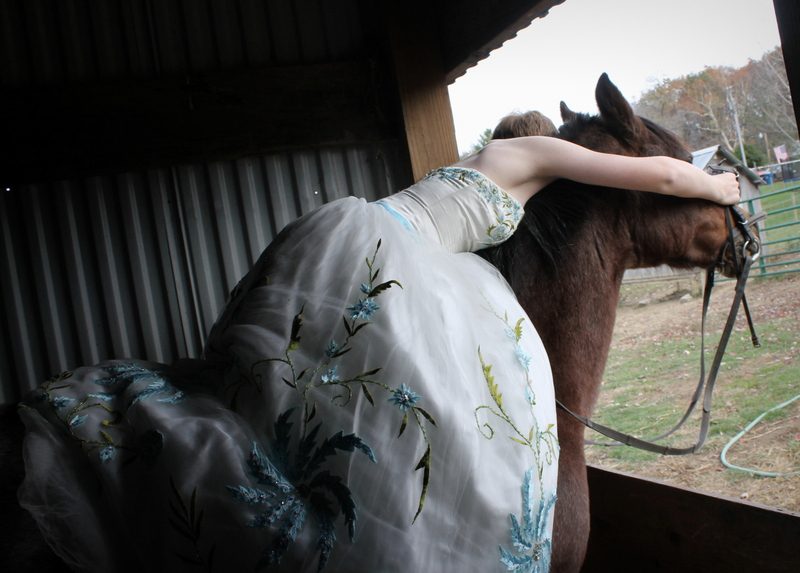 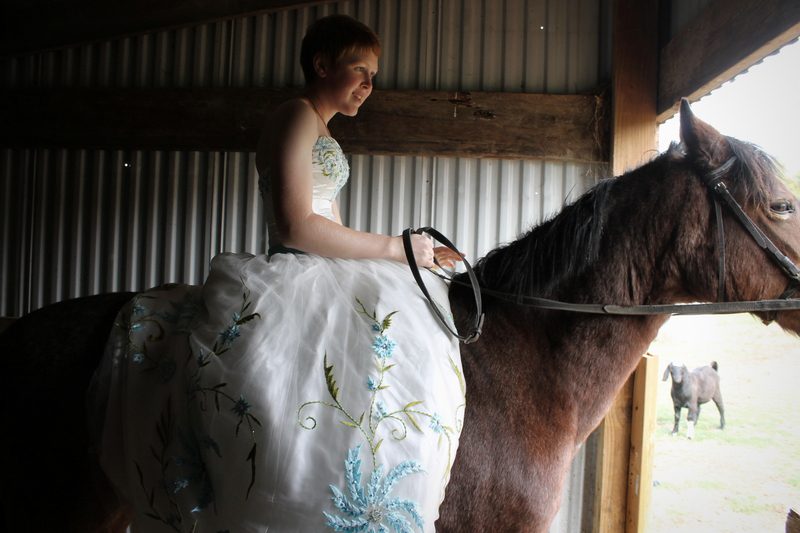 Back out in the field, she made Velvet canter. But she kept hunching. Her posture was terrible. 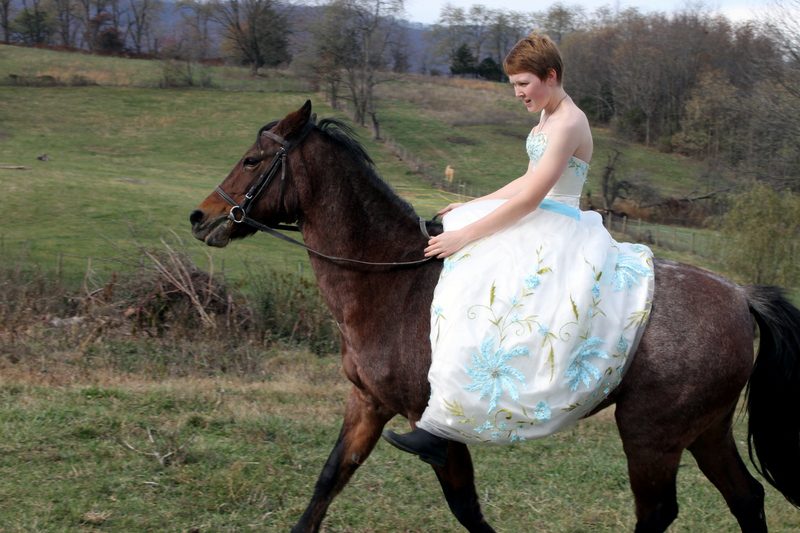 “Put your shoulders back,” I yelled. “That dress is so tight it’s not going anywhere!” 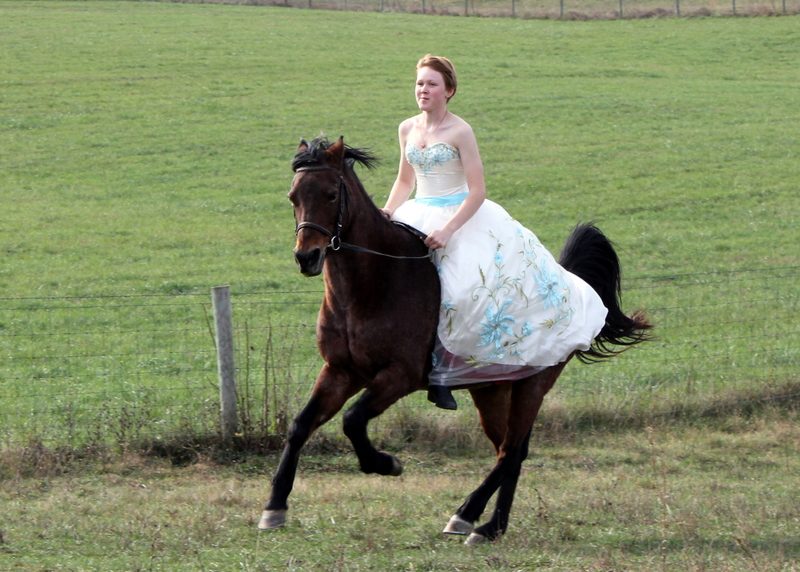 Even so, she couldn’t stop herself from tugging it up every few seconds. Here, wanna see the photographic evidence? 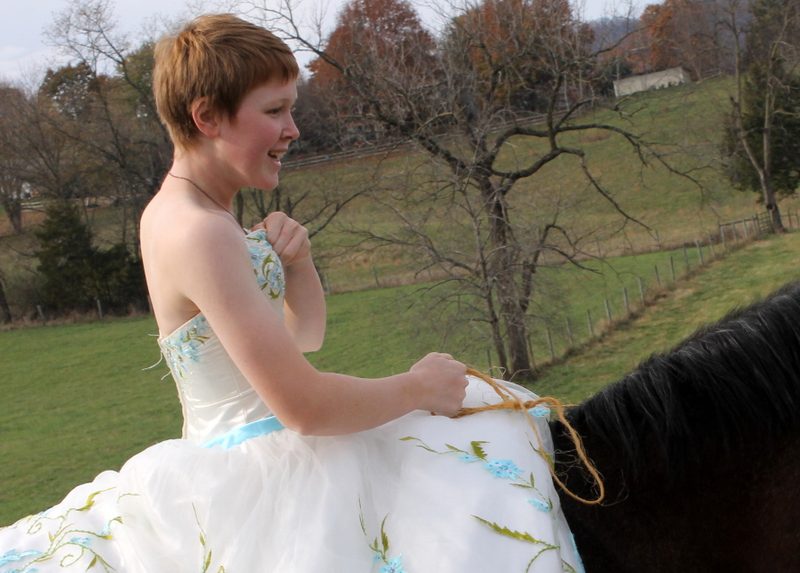 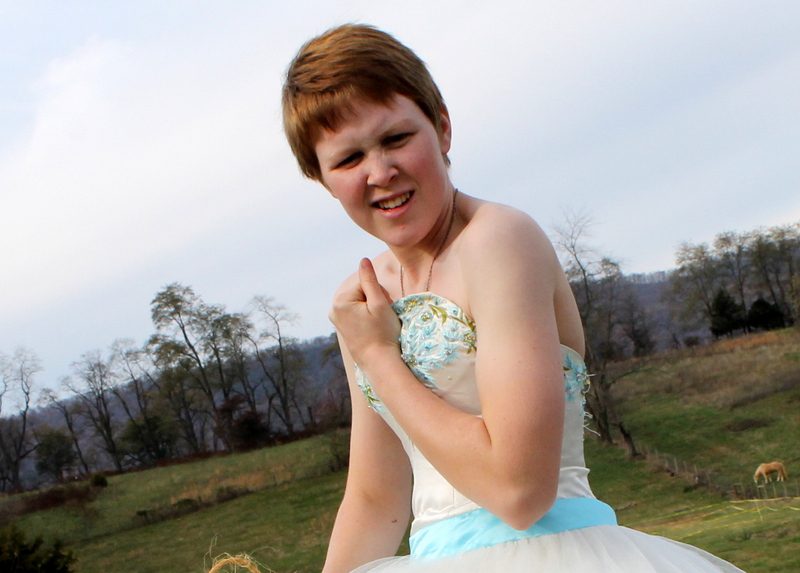 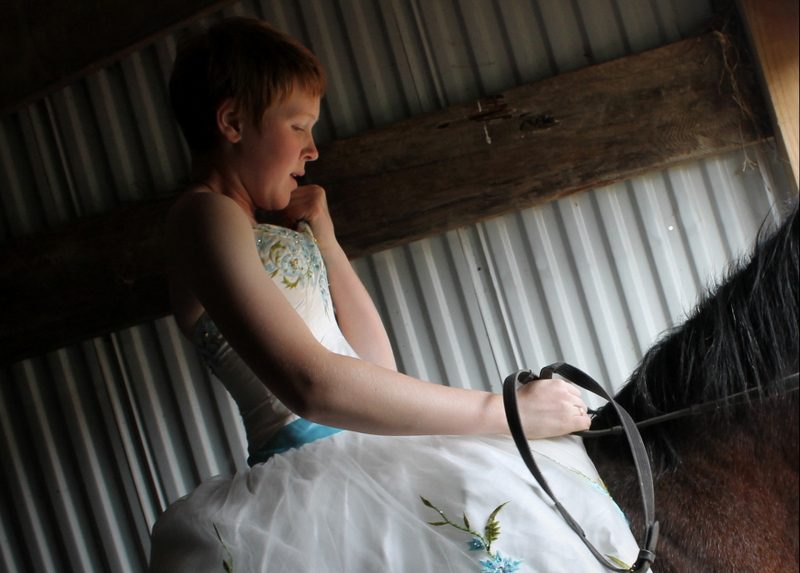 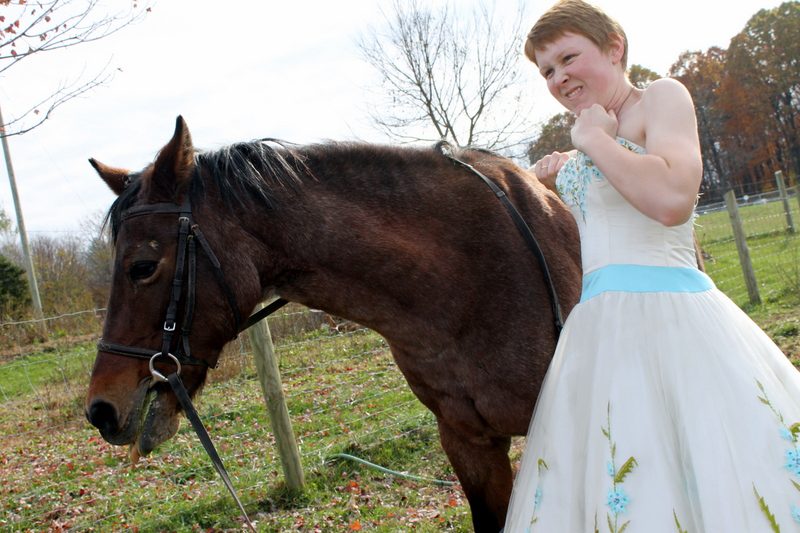 When I finally called it quits, she vaulted off the horse……. 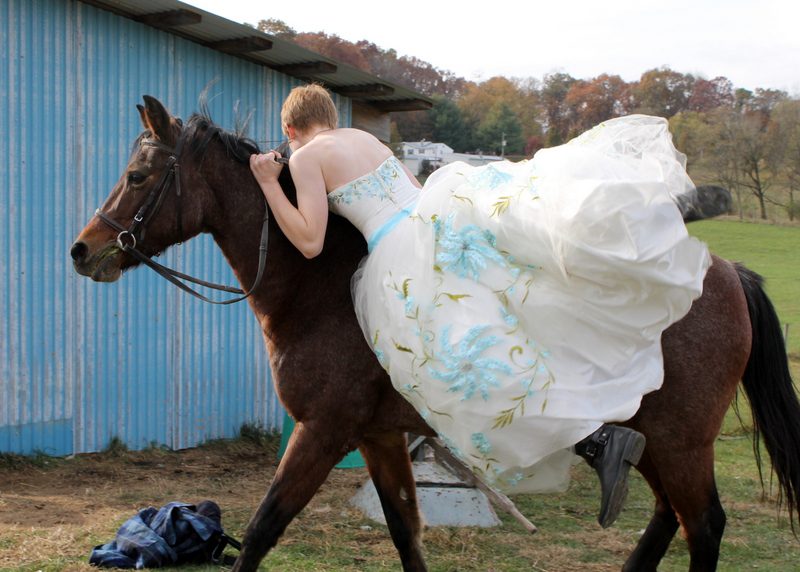 and then promptly plopped down in the middle of all the chicken poop and goat droppings for yet a few more photos, pretty please? 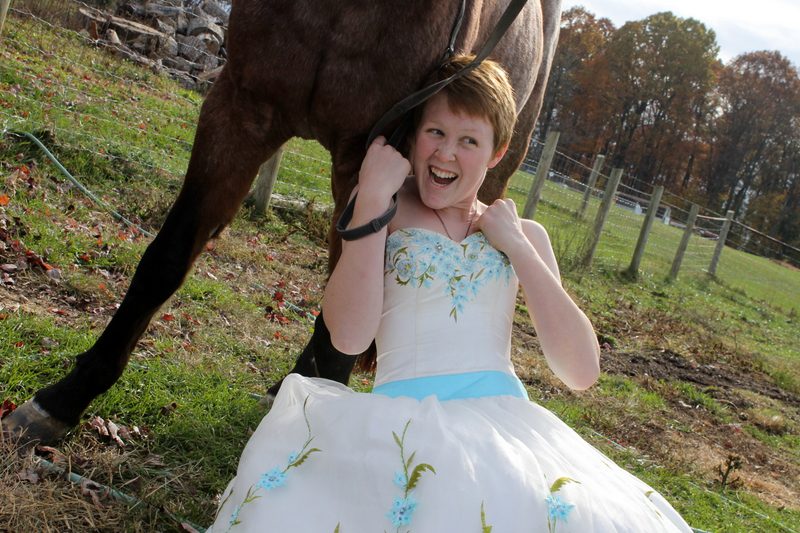