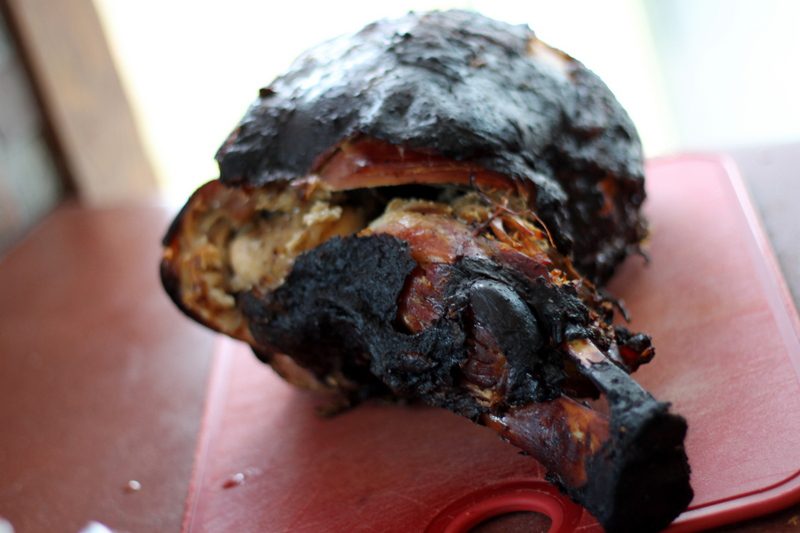 These days, I’m failing at life right and left. As proof, I give you the evidence, cold and hard and ruthless…

1. First, there was the pork loin that I over-smoked by five degrees. You know what happens if you overcook pork? It gives you cotton mouth, as in, take a bite and you feel like you’re chewing on a cotton ball. So we passed it on to my brother’s house. Feel free to throw it out, we said. They never told us whether or not they ate it, and I haven’t bothered to ask.

2. Then there was the fresh ham, the one that I dry-rubbed, injected with a carefully-researched brine, and then proceeded to oversmoke by a good thirty degrees.

So distraught was I that for days I couldn’t even talk about it. The morning after, I sat in church stewing in self-pity and rage, desperately attempting to use the scripture (sermon, hymns, anything) to self-soothe. Oversmoking a ham by, oh, SIX HOURS did not mean I was a bad person. Just because I’d spent an entire day and part of a night nursing a hunk of meat that no one would be able to eat didn’t mean anyone loved me less. The smell of smoked meat would eventually dissipate, and so would the sting of failure. People mess up, life goes on, we shall overcome, yadda-yadda. 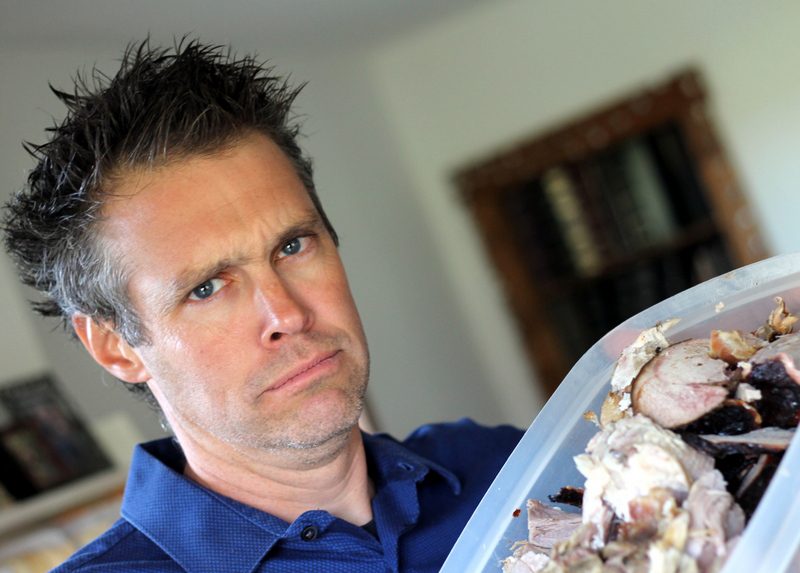 But still, I was mad.

3. Then this week I overcooked a pot roast that I’d been carefully, tenderly marinating in the fridge for several days. 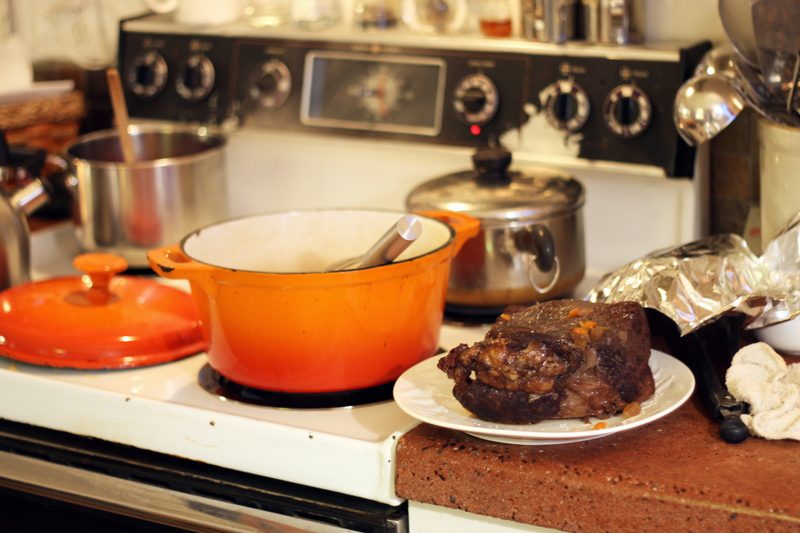 “Is the meat supposed to be this dry?” the kids asked.

“I hope this isn’t a new pattern,” my husband said, not helpfully.

4. There’s been a noticeable dearth of bread in the house. I keep whipping up little batches here and there, but then the family scarfs it before I can turn around. Then a couple days ago, my younger son approached me with a plan. “You have to make, like, eight loaves at one time,” he explained. “Then we keep two loaves upstairs and the other six go in the freezer.”

So the next day I made a big batch of brown bread. Everyone was like, Great! and, FINALLY. Except then they went to cut it. What kind of bread is this? they asked. Is it supposed to be so crumbly?

So maybe I went a little overboard with the chickpea flour, oat bran, and amaranth, grumble, groan, gr.

5. I was excited about the tiramisu. I ordered the lady fingers and went to an out-of-the-way store for the seven-dollar pound of mascarpone cheese, and then did a bunch of research to make sure I didn’t botch things. No matter, I still managed to screw it up. 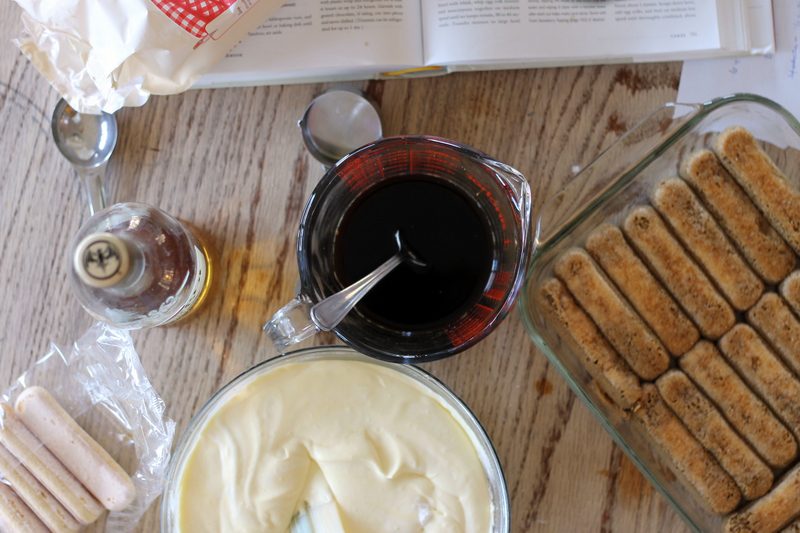 Apparently the coffee-rum mixture must be cold or it will turn the lady fingers into a soggy, watery mess? I did not know that, but whatever. By now, so accustomed was I to failure that I hardly even flinched. A fancy dessert trashed? OH WELL.

6. Tonight I made a turkey dinner. Turkey, now, I can do. Turkey is safe. But ten minutes after I popped the bird in the oven, while I was peeling potatoes at the sink, I smelled burning chemicals. Smoke was pouring out of the oven, what the—? I yanked open the oven door to discover the roasting bag melting all over the top heating element, OH FOR CRYING OUT LOUD.

The turkey ended up just fine, slightly overdone — of course — but edible. As for the family, they thought they’d died and gone to heaven. Probably from shock.

PS. In other news, writing isn’t going well either. 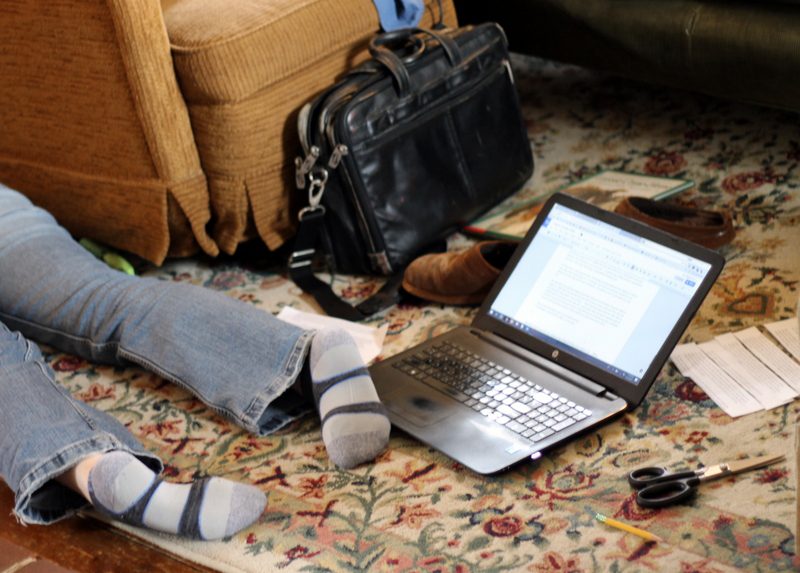 I’m hanging on by a thread, people. By a thread.