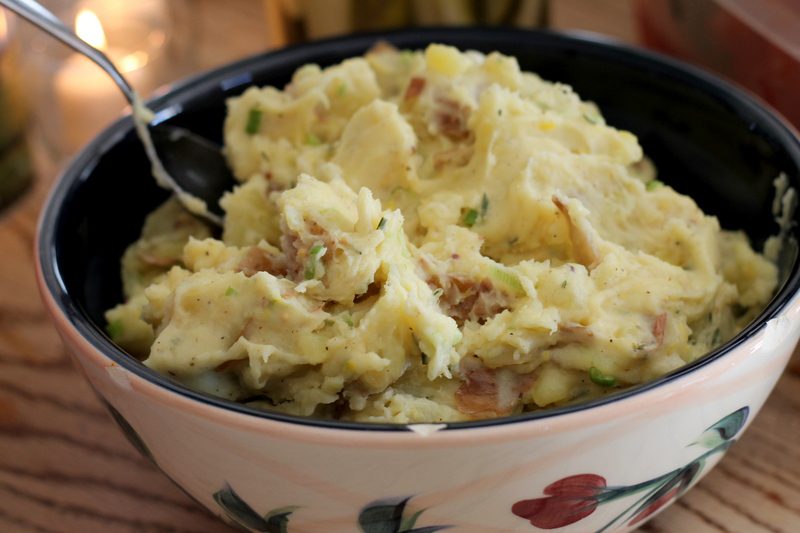 Labor Day weekend, my Pittsburgh brother and his family came in for a visit. They stayed with my parents, so Sunday afternoon, we decided, his family would come to our house for a visit.

But then, when we were on our way home from church, my brother called to point out that, because he and his wife were planning to cook some minute steaks (that they’d gotten from us) for supper at Mom and Dad’s that night, they wouldn’t be able to stay very long at our house. And also, my brother added, my other brother’s family wanted to join them for supper, but, He wants to grill thirty hot dogs and I want to grill the steaks and since you have the best grill, um, well… Can everyone just come to your house for supper?

Of course I said yes. Because impromptu merriment—the more people the better—is my favorite. Leaves me less time to get stressed, see?

A couple hours later when I was lounging on the sofa (I told you, no stress!), a New York Times Cooking email popped into my inbox, and in it was a recipe for a mashed potato salad…with olive oil.
And fresh rosemary.
And lots of lemon.

Looked like I had a cooking experiment on my hands!

Shortly before everyone was due to arrive, I zipped out to the kitchen to whip up a double batch of buttermilk brownies (to go with ice cream) and the new, maybe-it-will-be-terrible potato salad.

I really wasn’t sure what everyone would think—I’d never put lemon zest in a potato salad before—but I needn’t have worried. The salad was a smash (ha!) hit. While the mountains of meat sizzled away on the grill, everyone stood around the bowl, greedily forking it into their mouths. 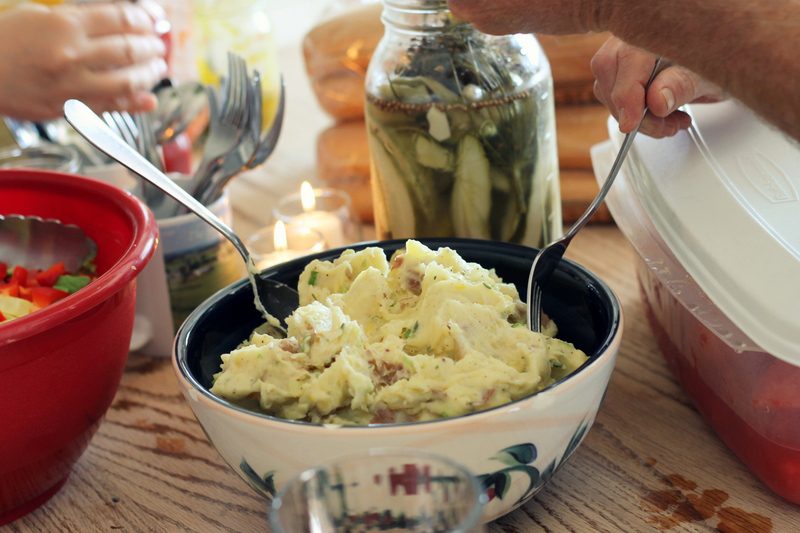 (Everyone, that is, except for my Pittsburgh sister-in-law who has a thing for pickles. I didn’t watch too closely, but there’s a good chance she ate half the jar.)

(Oh, and not my husband, either. He prefers my regular potato salad, boring man.)

(So okay, I guess it wasn’t everyone eating that salad. But still! There was a decent-sized cluster crowded around that bowl…)

For our family gathering, I doubled the recipe, but I’m writing it up as a single recipe. Also, I did not use the basil or dill, so I’m leaving those as options. And I skimped on the rosemary. I was afraid it would overwhelm, but I needn’t have worried. The salad would’ve easily handled the full amount (as written below).

Boil the potatoes in a pot of salted water until very tender. Drain and set aside.

In a small bowl, whisk together the remaining ingredients. Toss with the potatoes. Roughly mash about a fourth of the potatoes and stir to combine. If desired, add more salt, olive oil, or lemon juice. (I didn’t add extras of anything except a little salt.) Serve warm or at room temperature.

This same time, years previous: the quotidian (9.12.16), 2014 garden stats and notes, chile cobanero, making my children jump, the best parts, whooooosh!, me and mine.