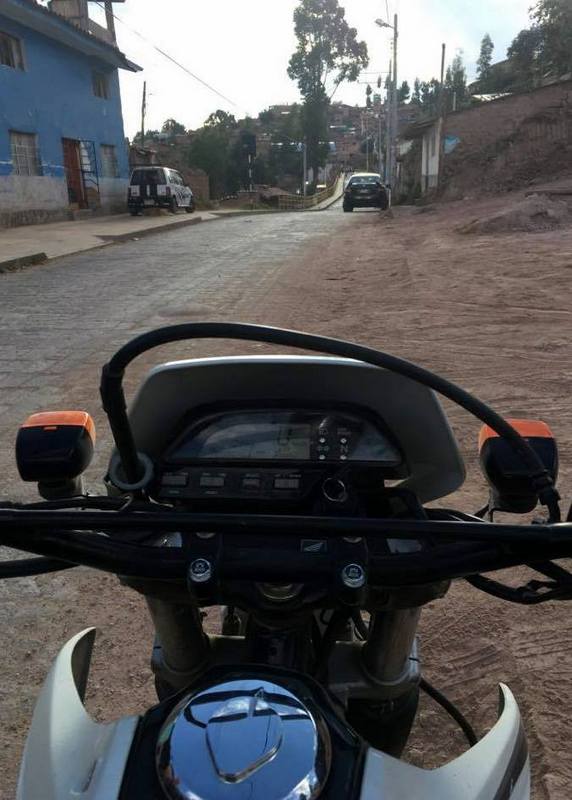 It’s been a month since my older son flew off to South America. At first I thought about him frequently; my curiosity about his goings-on was intense. I still do think about him often (of course!), but the intensity is no longer present. The separation feels normal. Peaceful, almost. We’re here and he’s there. So be it.

Still, whenever he sends an email, Skypes, or calls, we swarm the computer. Most of our contact is via Facebook. Here are a few snapshots of what he sends our way.

June 23, while still traveling with the choir:
Son: Ok, so the drinking age is 17 here and there is a special kind of Peruvian beer here. Are you ok if I have one? You know I don’t like alcohol. It would be for the experience.

Me, what I thought: What the—??!! You’re thousands of miles away and we still have to parent you? Aren’t we supposed to be getting a break?
Me, what I said: I don’t mind you trying a beer, but you should probably wait until the rest of the group leaves, since that’s probably against program policy and could get the leaders in trouble. And I’m not too keen on you drinking beer alone. So if you DO decide to get a beer, just taste a little and throw the rest out, okay? You don’t want your backpack to walk off while you’re having fun…

June 26, the day the choir left:
Son: Every time I think about the fact that almost everyone I know is almost 4,000 miles away, I get a tingly feeling of excitement and fear!!!! It’s AWESOME!

Me: Two important things! 1. NEVER LEAVE YOUR BAGS UNATTENDED. If you’re staying in hostels and need to leave for a day, get a locker. And be wary of drunk travelers. You may need to sleep WITH your bag. And, 2. Get a haircut.
Son: Thnx mum. I found one of the best hostels.
Me: PS. The haircut: Someone may confuse you with an alpaca and cook you into a burger.

A little later:
Me: How was your day?
Son: You mustn’t get mad or worried about what I did. I am being perfectly safe and will continue to be.
Me: What’s THAT supposed to mean?
Son:

And then he went on to tell us how he almost crashed into a cop and the cop yelled at him, and then his tail light fell off and a bus ran over it.

He spent nearly two weeks in the Amazon (on his way there, he messaged us from the bus: I CAN SEE THE FLIPPING JUNGLE!!!!!) living with some people who are building a farm. He planted watermelons (and ate an entire one for a snack one day) and went to church services and played cards with the kids, and the last night there he made homemade pizzas for twenty-one people. (I know that last bit because I fielded a ton of last-minute cooking questions.)

Earlier this week, he left the farm and began the truly solo backpacking leg of his trip: three weeks of winging it. I think about him more (heightened anxiety, perhaps?), but he’ll be fine, I’m (pretty) sure. There’s not much I can do from here anyway.

He’s having a good time, but it’s a solitary venture, traveling alone. Far removed from everything familiar, the isolation can be piercing. We warned him of this ahead of time, so he knew to be prepared. But preparing for it is one thing, going through it is another. He’s super (and genuinely) upbeat, but he misses us, too. Us and food, mostly. Occasionally I get requests for food he wants upon his return, like this one: 2 one day old apple pies. Some of that cheese dip. A big glass of real countryside water. Hamburgers with relish and potato chips. And a massive bowl of granola and Cinnamon Toast Crunch cereal with whole milk.

Returning home might be hard, too. A couple weeks ago I realized that we never properly prepared him for reentry—often the hardest part of international travel—so I shot him an email:

Returning home after a trip can be difficult for a number of reasons: no one understand what you’ve done, and there is a disconnect. This is normal!

Some things to be aware of (and that will hopefully help you make the adjustment):

1. No one will really care about your adventures. Aside from us, Grandmommy and Grandaddy, your aunt and uncle, most people won’t be that interested. Be prepared to give a 30-second summary (5 minutes, if you’re lucky). Anything longer and people will tune out.

2. Capitalize on talking to the people who really do have interest. You may want to make plans to spend an evening with your grandparents and then another evening with your aunt and uncle. By breaking it up, you’ll get more chances to tell your stories which will help you to process them.

3. Remember that people were living their lives, too, while you were gone. Your experiences are no more important than theirs. More exotic, perhaps, but not more important. Make sure you are intentional about hearing their stories and finding out what’s gone on in their lives. Be inquisitive and listen well. 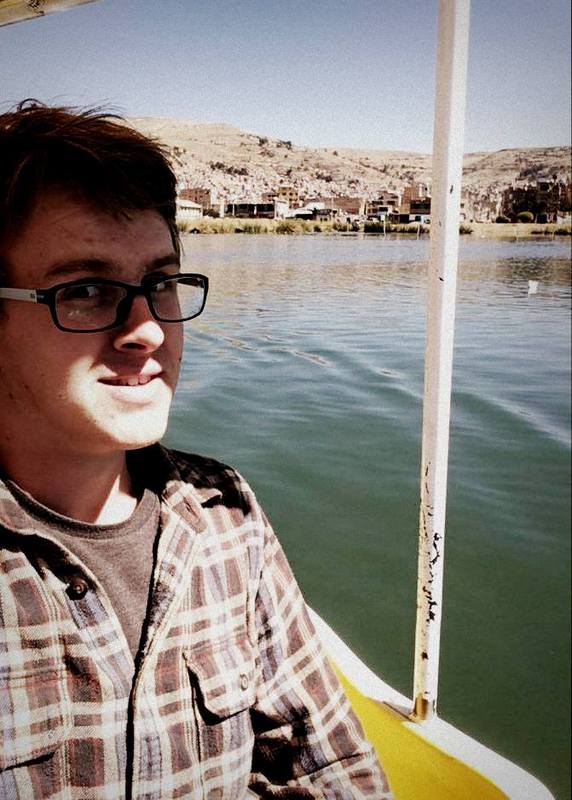 This weekend he’ll be busy floating on the reed islands of Lake Titicaca and spending one night in a five-star hotel. Then lots of bus travel and sand dunes and maybe beaches.

He’s eager to get back to Cusco, though, where a Spanish-speaking family with four young children is ready to host him, should he need a place to go. I think the mom could use my help with the kids, he told me, and they’re doing a construction project, so I might be able to help with that, too.

That kid—can’t stand being idle and needs to be needed. I totally get it.

PS. It sure will be wonderful to see him again!