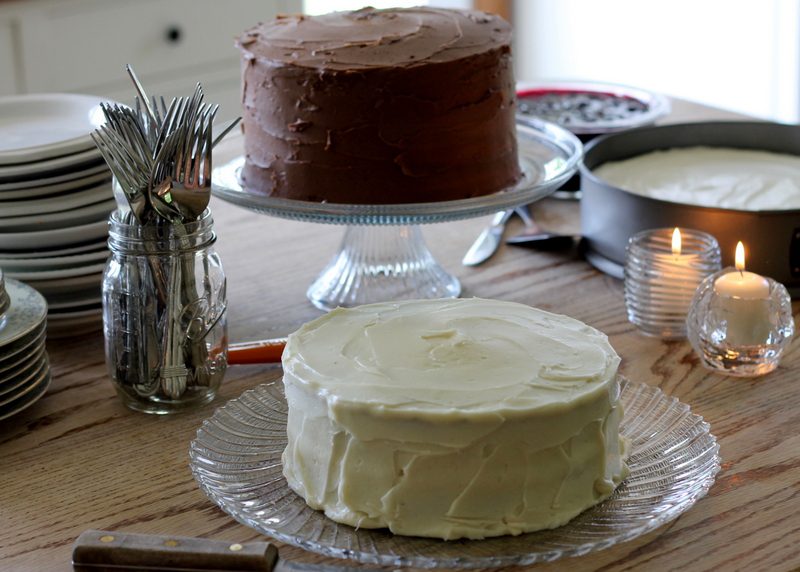 A few days before Melissa’s birthday, it occurred to me that it’d be fun to have a party for her. And then I thought, Why not make it a surprise party? So I sent out the emails and made the phone calls and then spent the next few days worrying that one of her friends would spill the beans.

Saturday, I got up early to bake the cakes (this and this) while Melissa was still sleeping. That afternoon I got worried there wouldn’t be enough so I made one more. (It’s good I did, too!) Also on the menu: fresh fruit, coffee, mint tea, and a piñata. Because when it comes to a party, sugar is its own food group.

She was surprised alright! She and another friend had been invited to have Sunday lunch at a neighboring house, so they just walked over to our place when the time came. 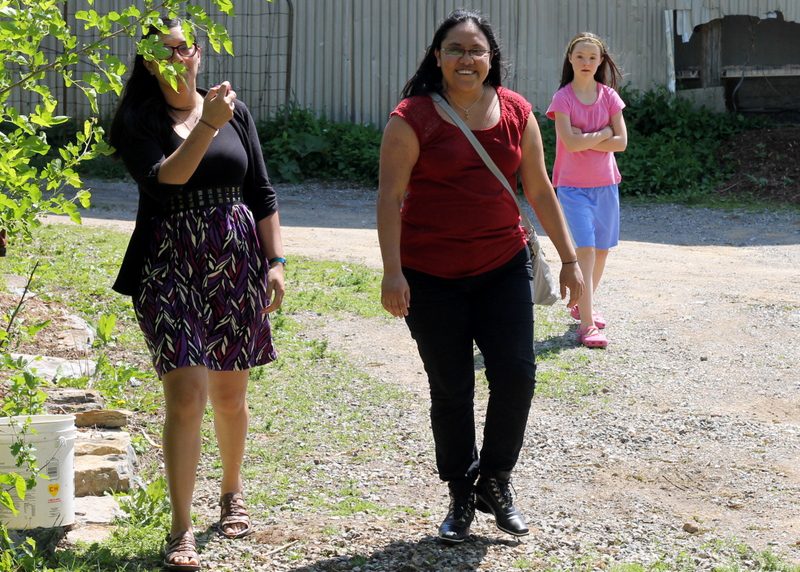 Walking in the drive, Melissa didn’t even bat an eye at all the people standing on the porch because, as she later recounted, There are always a lot of people at the Murch’s house.

But then we started singing Happy Birthday, and she was like, Oh! 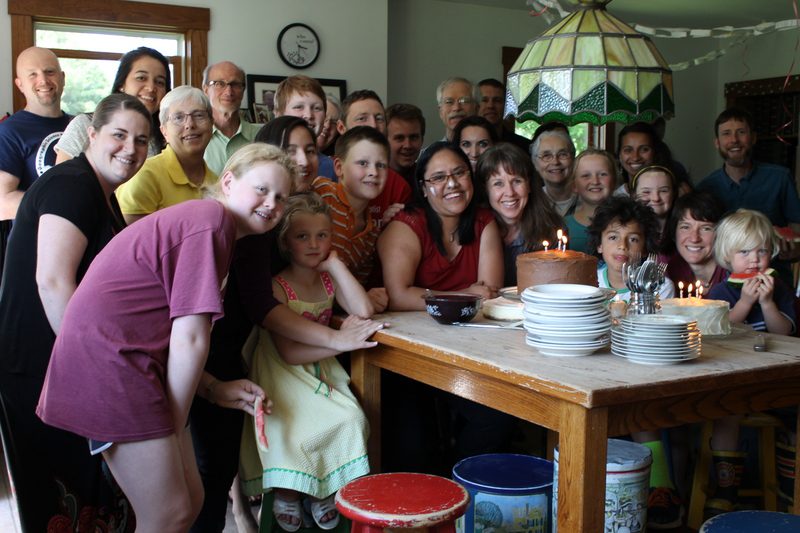 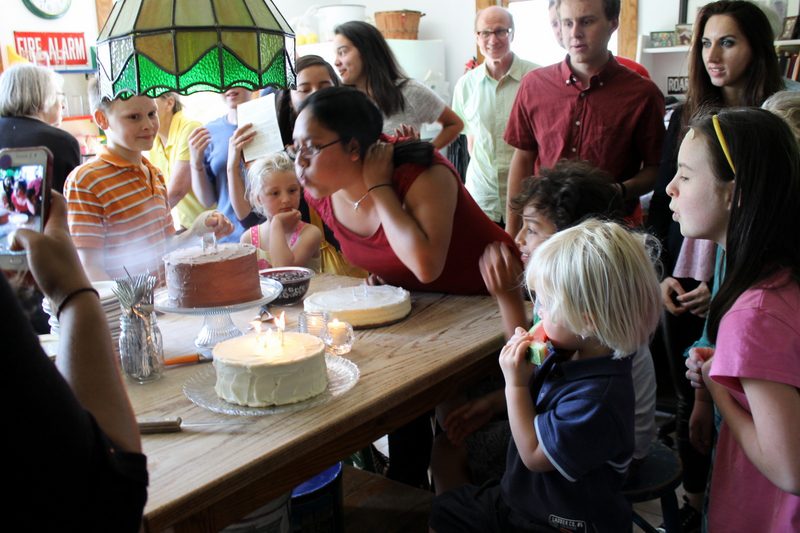 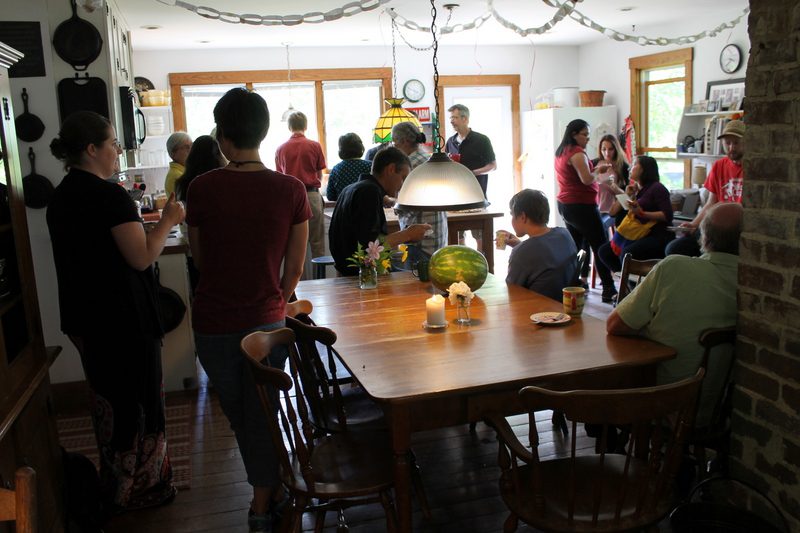 We sang (twice), feasted on cake, and busted open the piñata. Kids ran around playing with the dogs and riding the horse and kicking a soccer ball. Spanish was spoken just as much as English, and I got better acquainted with a number of people I’ve only ever greeted in passing. It was a testament to Melissa, seeing all the friends she’s made in the last nine months. 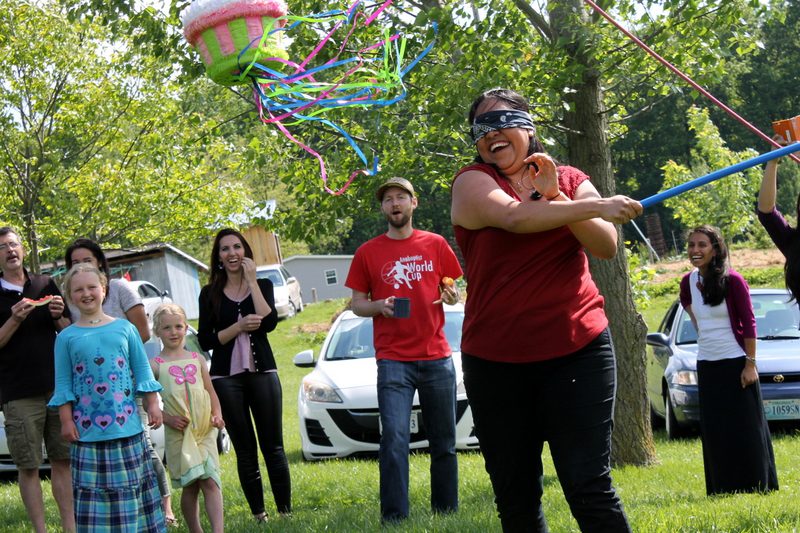 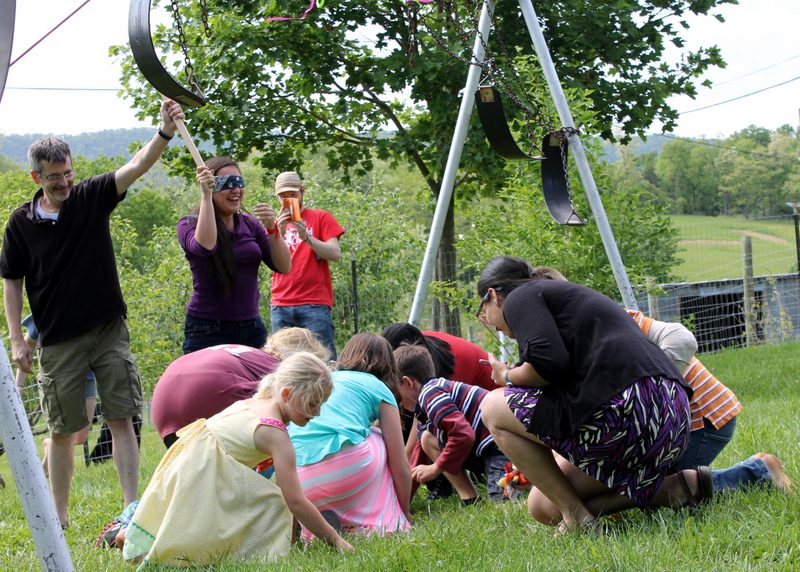 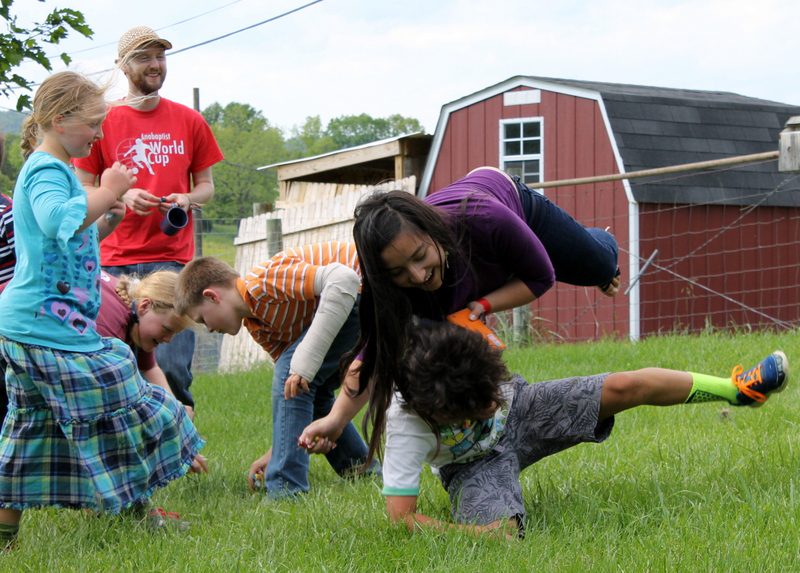 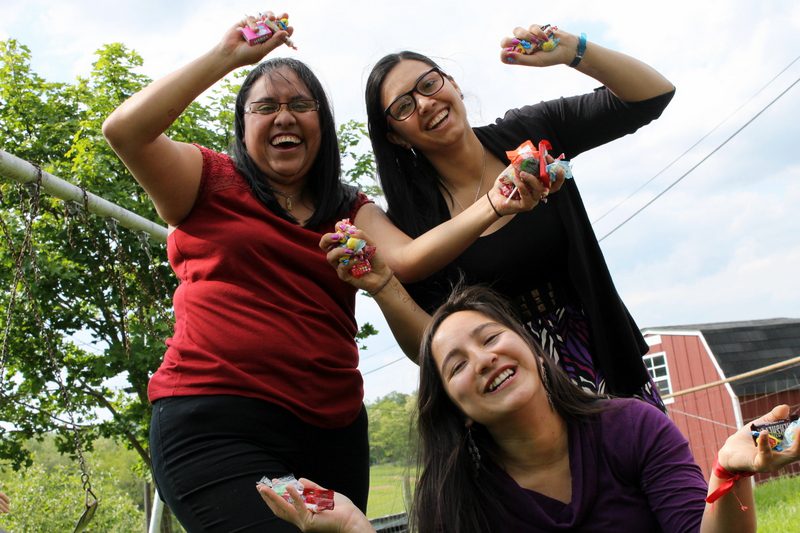 Not until after everyone left did I realized that we’d neglected to open the cards. So we gathered in the living room to watch the unwrapping: a family photo, chips and candies, gift cards and money, books, and a slew of cards. 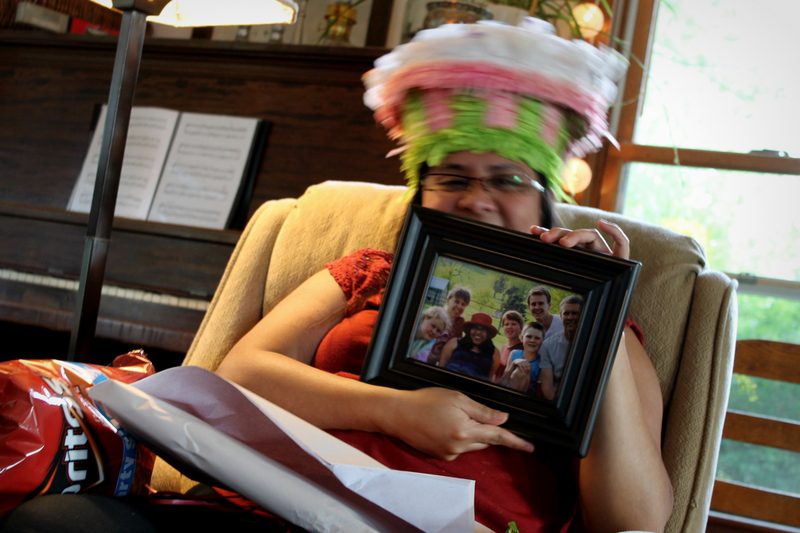 Over the homemade card from my mother, Melissa totally lost it. 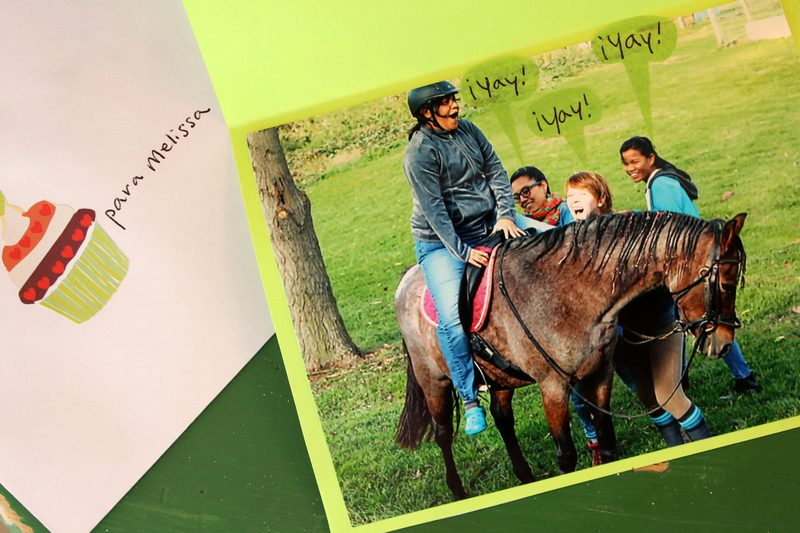 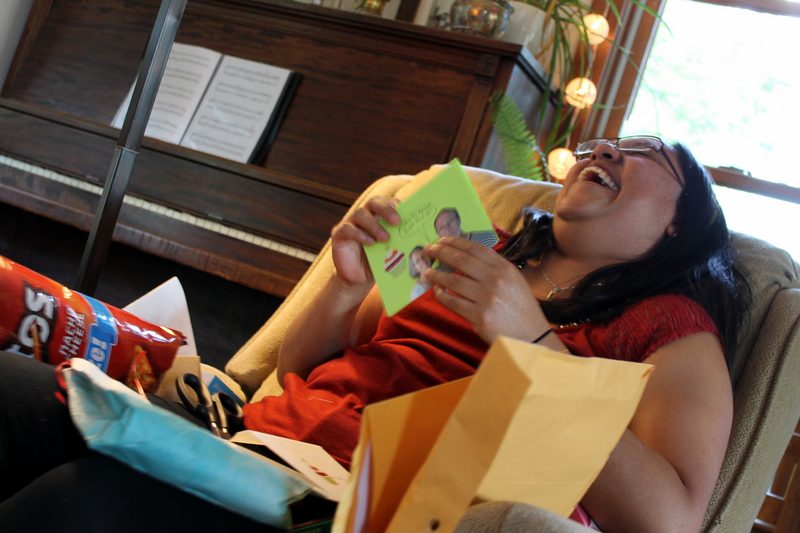 There was the requested ice cream—the promised quiche had to wait until the next day because I am not super woman—and then we had popcorn to go with an excellent movie. 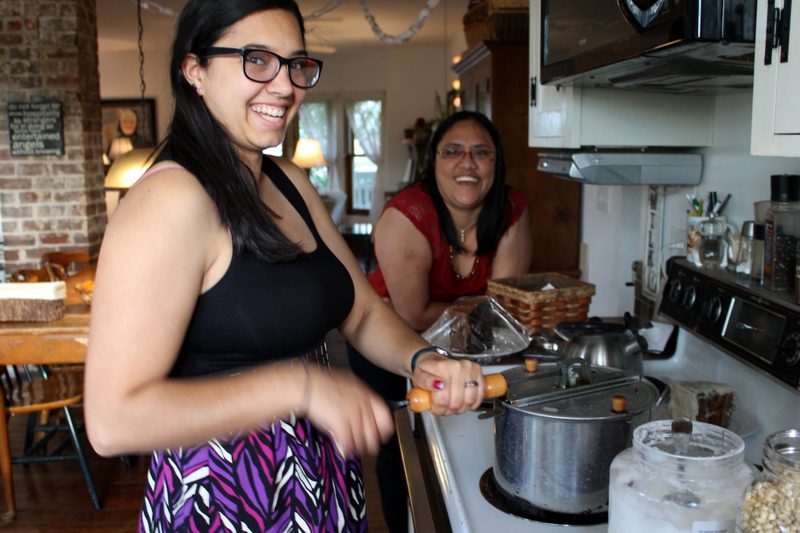 For nine long months, Melissa’s friend has listened to Melissa talk about our homemade popcorn, so she was tickled to finally get to help make and eat it. 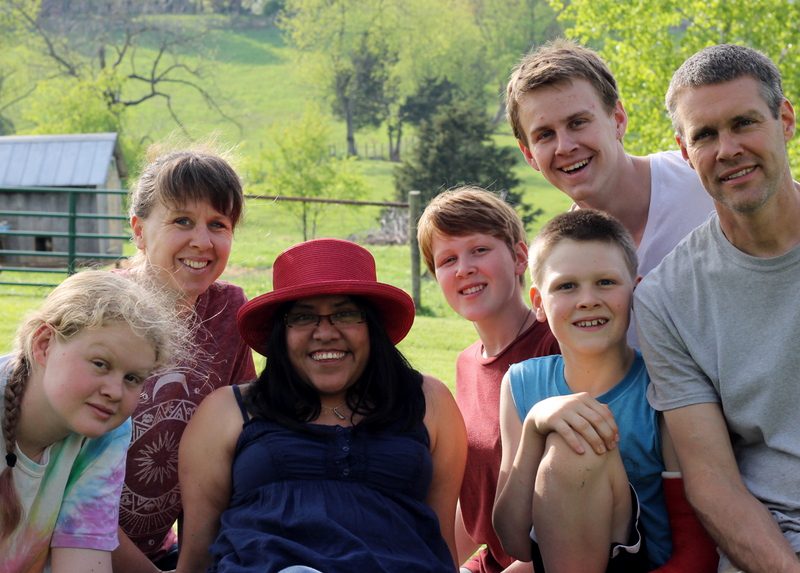 With love,
Your Virginia Family