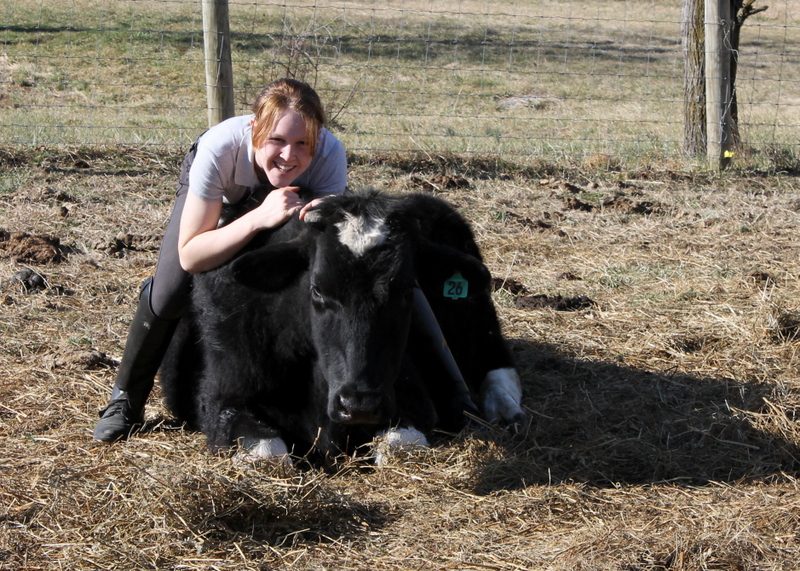 “Guess what!” my older daughter said when I got home from seeing a play last Sunday afternoon.

“The steer let me sit on him while he was laying down!”

On my camera I found photos of the steers roaming the yard (“They’re hungry, Mom”), and there was a large, squishy cow pie next to the front porch (lovely), but no picture of the steer-turned-sofa, so the next day when I looked out the kitchen window and spied my older daughter stretched lengthwise on the back of a steer, sunning herself, I snatched my camera right up.

“Careful, Mom,” she said as I approached the fence. “Don’t startle him.”

The steer, for his part, didn’t seem to care one iota that a human being was draped across his back. 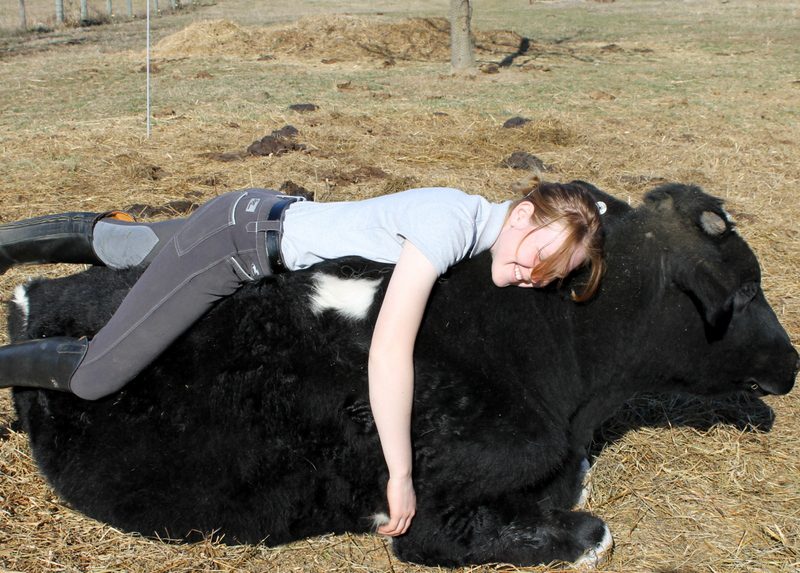 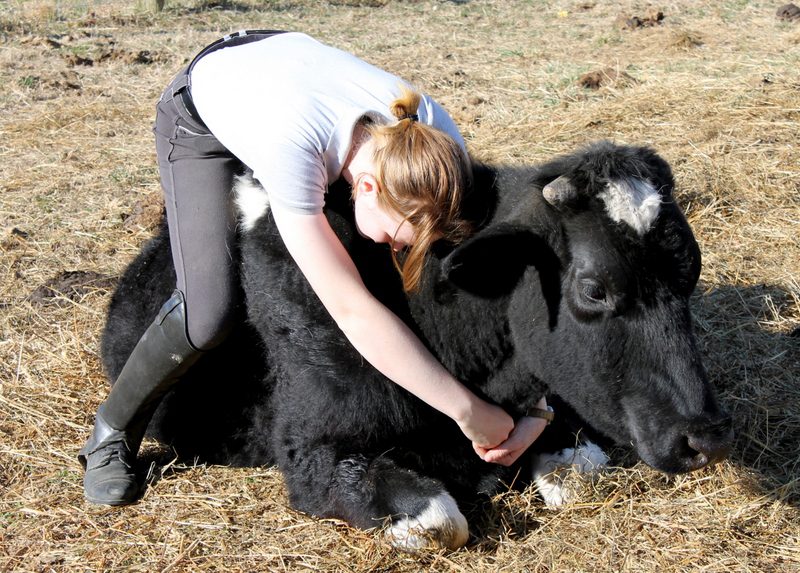 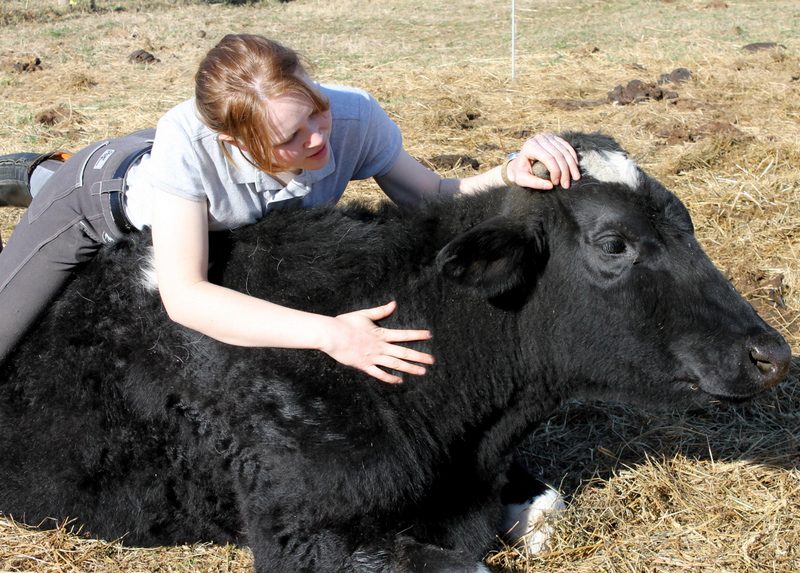 “Make him get up,” I said, bored with the statuesque blob of beef.

Ever obliging, my older daughter began rocking back and forth. 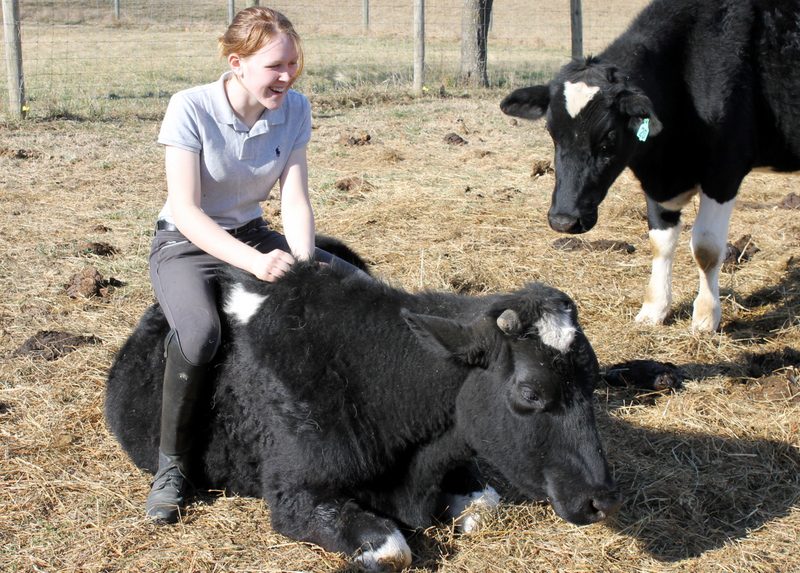 She kicked him in the sides. 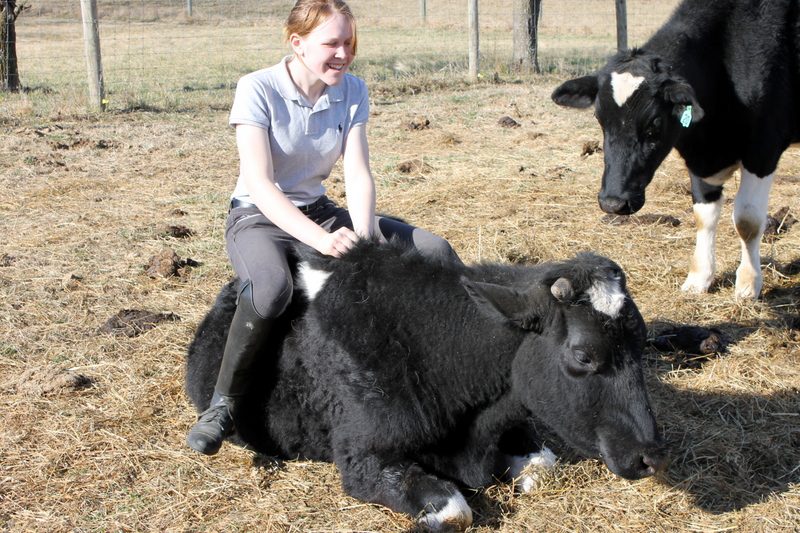 She kicked him harder. 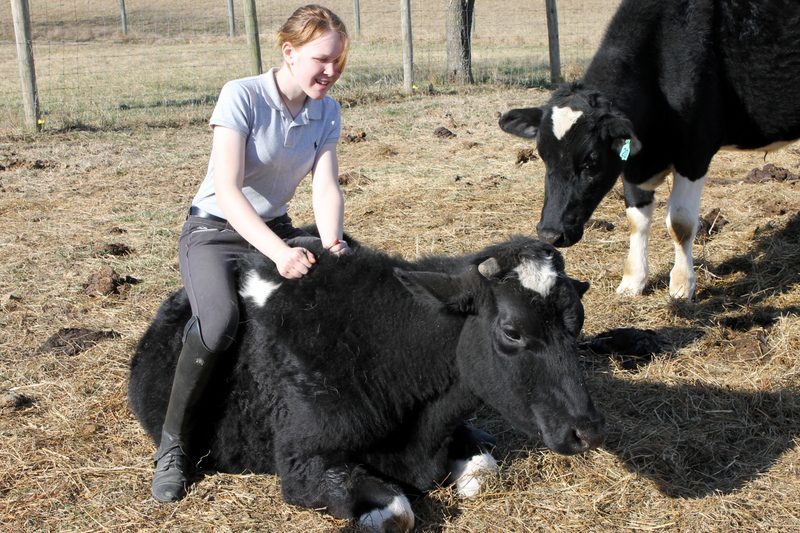 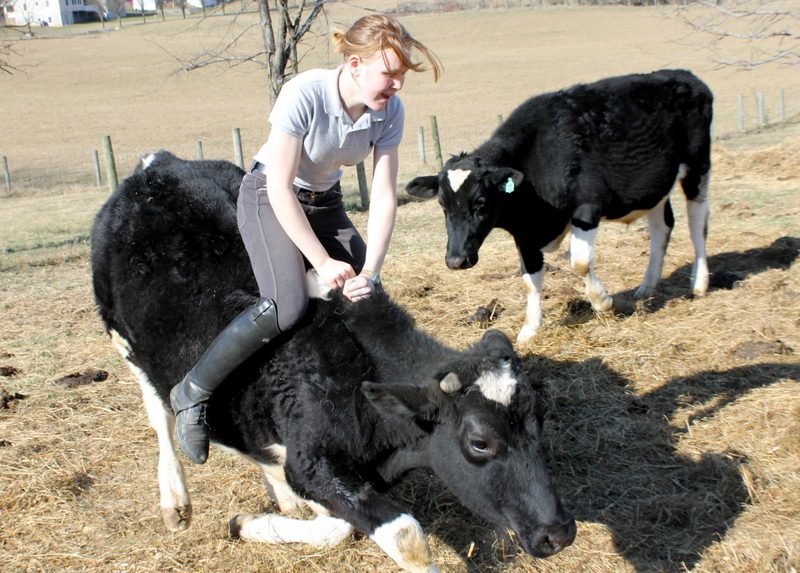 Whoosh! The steer stood up so fast that my daughter nearly tumbled over his neck. 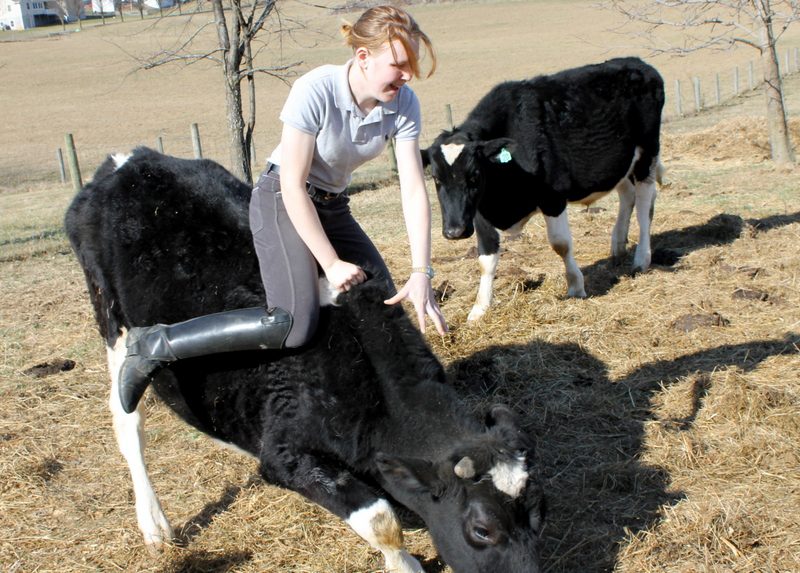 For a couple seconds the steer stood still while visions of bucking beasts and emergency rooms flashed before my eyes.

“Get off!” I squealed, but I needn’t have worried. 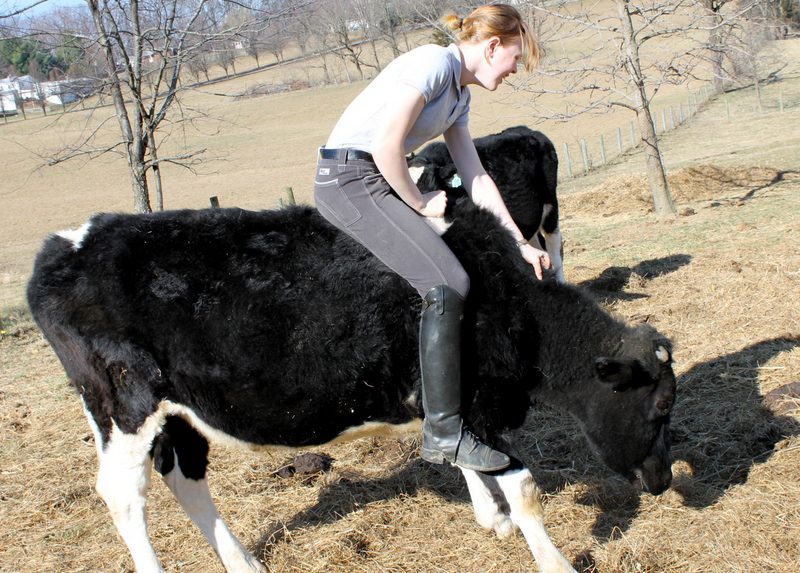 My daughter had no desire to be catapulted facefirst into a cow pattie and had already vaulted off, landing squarely on her own two feet.