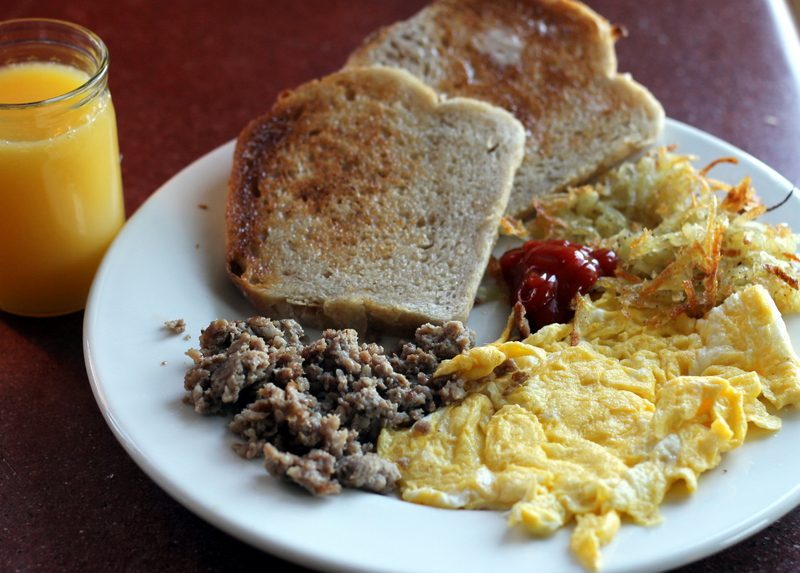 Normally, I make baked hash brown potatoes for breakfast since they’re so easy, feed a crowd, and can be made ahead of time: whole potatoes, boiled and peeled, and then grated into a large pan with lots of salt and drizzled with copious amounts of browned butter. But this time around, I wasn’t in the mood for cooking ahead. 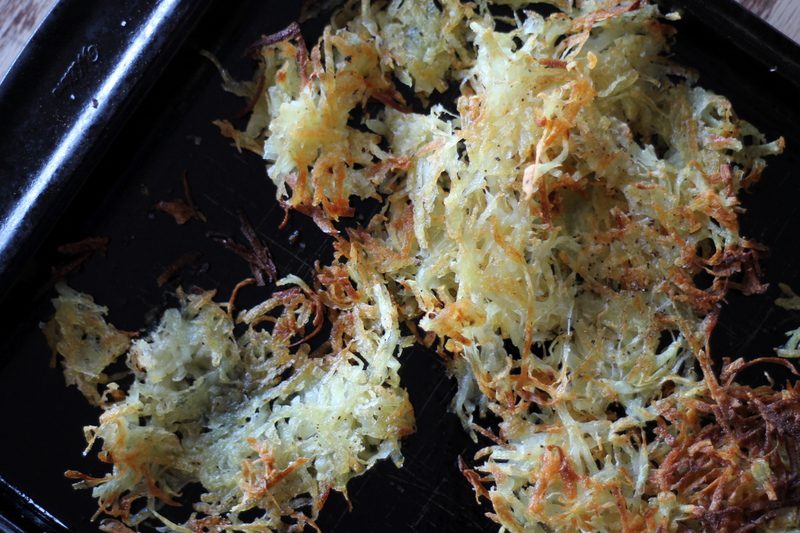 So the morning of, I made baked hash browns with raw potatoes. They weren’t nearly as complicated or time consuming as I thought they would be and the wow-factor was pretty enormous. 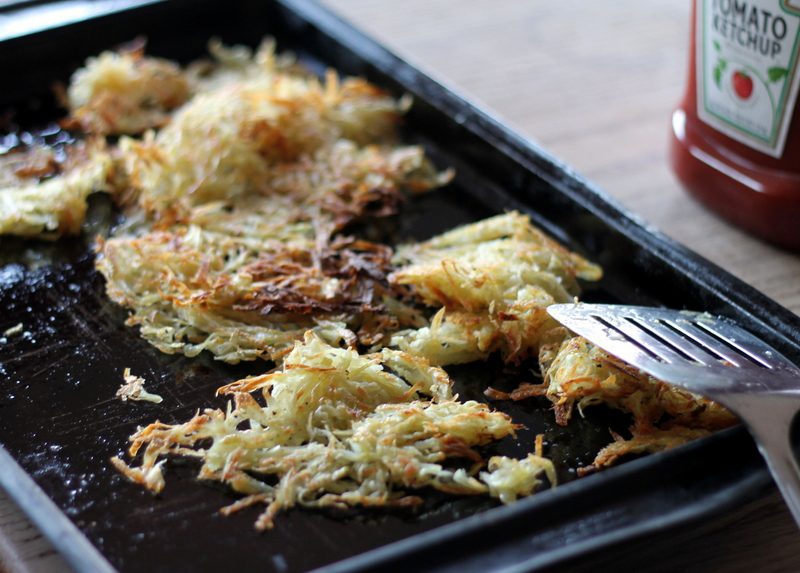 (Excuse the abbreviated post. I’ve been writing all morning, and, apparently, I have no words left.)

Peel and grate the potatoes. Place the grated potatoes in a bowl of cold water. Stir in some salt and let sit for a few minutes. The cold water soak keeps the potatoes from turning brown and going limp, and the salt adds flavor. Drain the potatoes, squeezing out all the excess water.

Liberally oil two large, sided baking sheets. Now’s the time to use pans that brown well, not the pans that produce anemic-looking baked goods. Sprinkle the grated potatoes over the pan in a thin layer—no big clumps. Salt heavily. Black pepper is optional.


This same time years previous: timpano!, a horse of her own, the quotidian (2.9.15), gourmet chocolate bark, dear Mom, to read, chai-spiced hot chocolate, and facing facts.