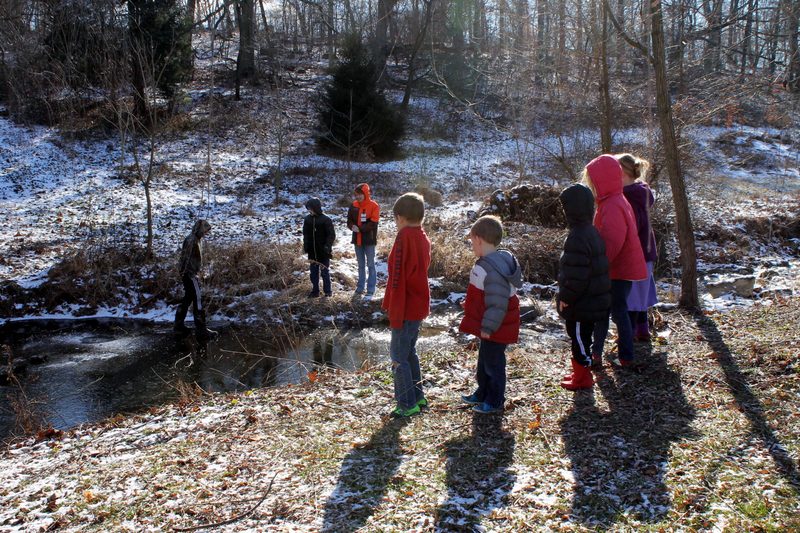 When we were up at my aunt’s house last Sunday, my older son—a.k.a. The Boy Who Put The Car On The Porch—got it into his head that he wanted to jump into the creek.

Never mind that the thermometer hovered right around 30 degrees (if that).

Never mind that the creek was covered in a sheet of ice.

Never mind that he didn’t have his swimming trunks along.

Never mind that there was snow on the ground.

Never mind that it was cold.

HAVE I MENTIONED THAT IT WAS COLD???

While he changed into a pair of swimming trunks he had begged from a cousin, a bunch of the younger kids gathered at the creek to await the show. 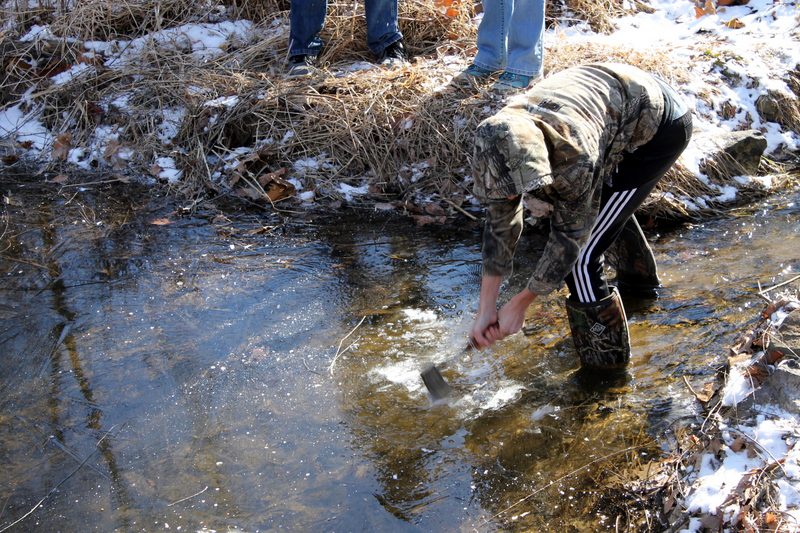 One cousin set about breaking a hole in the ice with an ax. 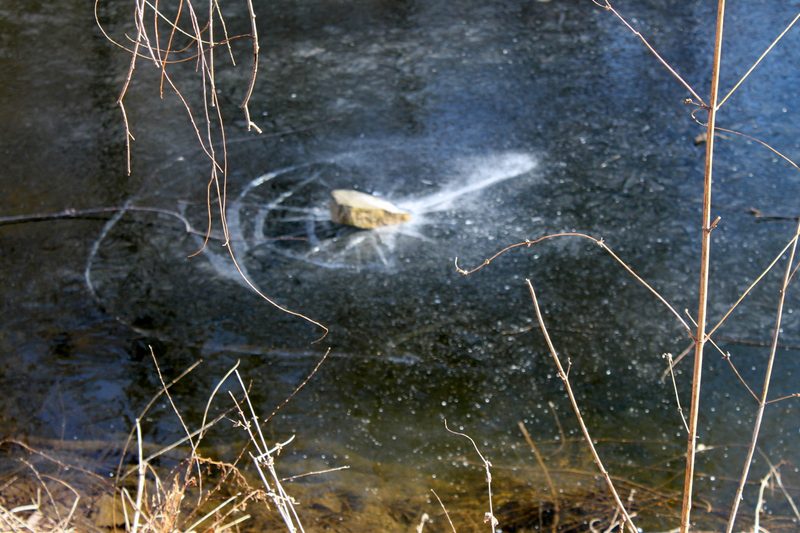 When that went nowhere, a few of the guys helpfully chucked large rocks at the ice. At first the rocks just smacked into the ice and stuck. 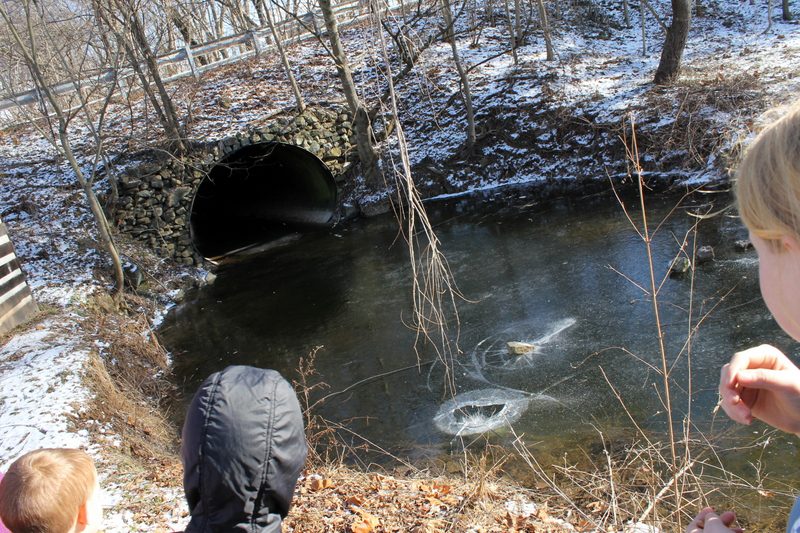 But eventually the ice weakened and a hole formed. 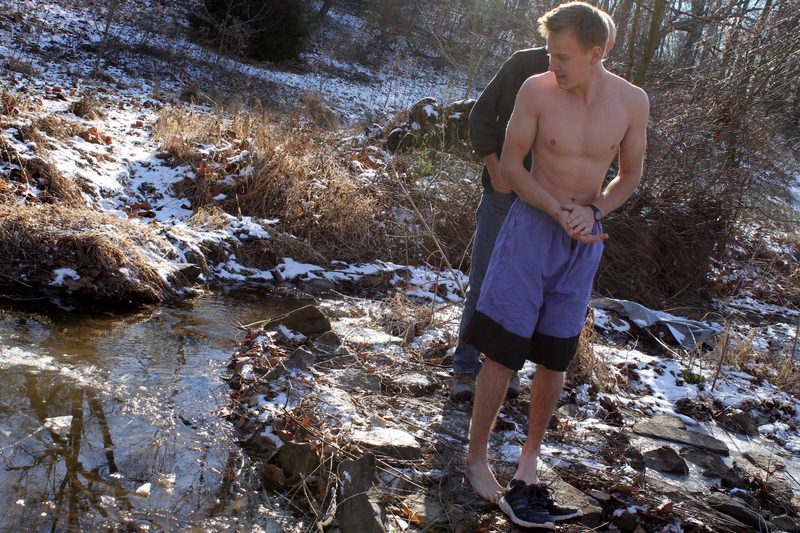 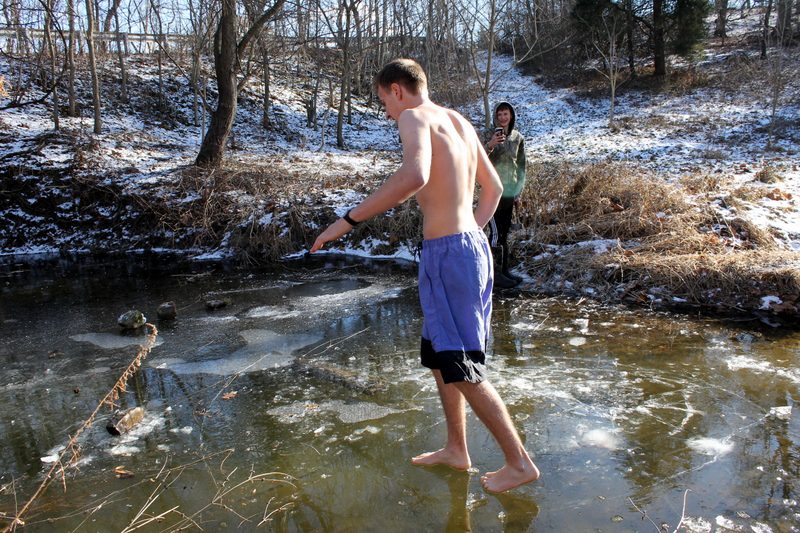 My son slippy-slopped his way across the ice towards the hole. 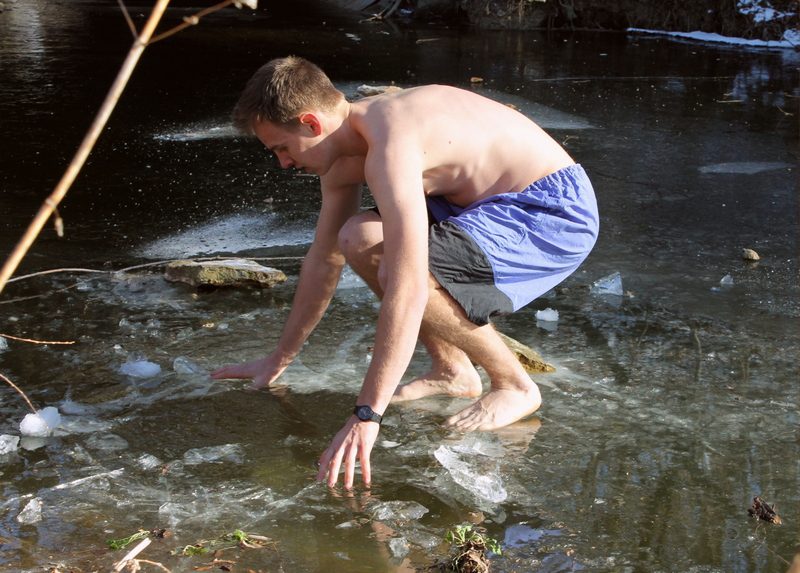 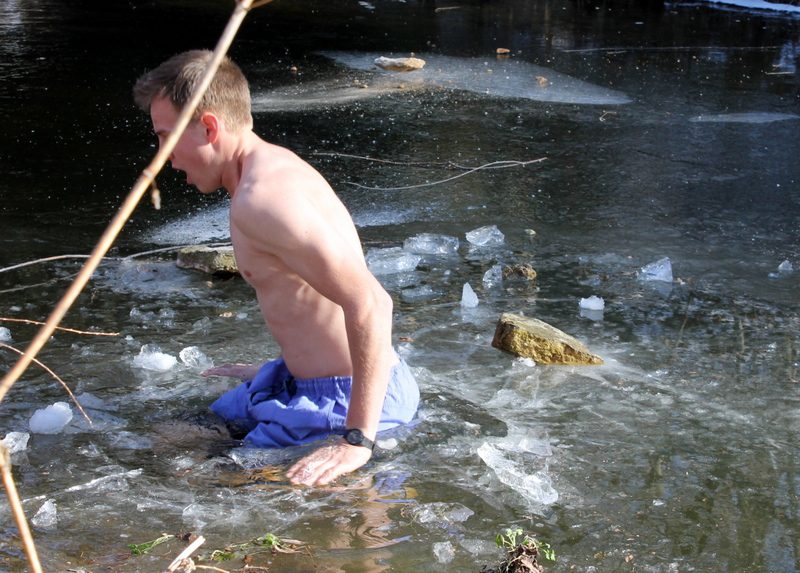 He lowered his feet in and gasped loudly. 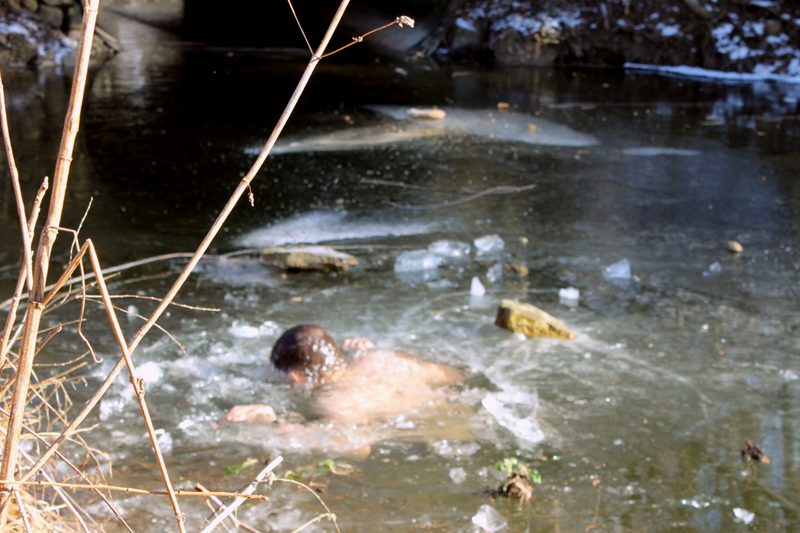 And then plunged in, all the way under. 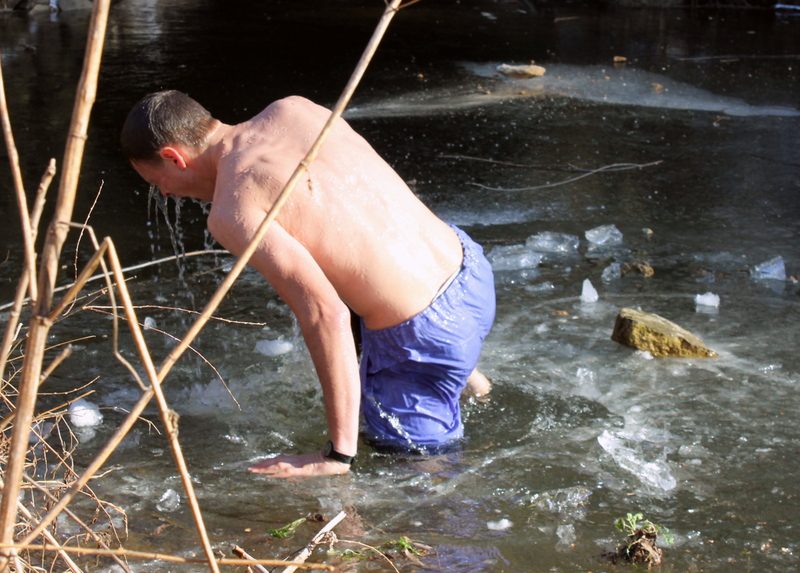 As he heaved himself out of the water, we cheered and hollered, gleeful and toasty warm in our winter coats. 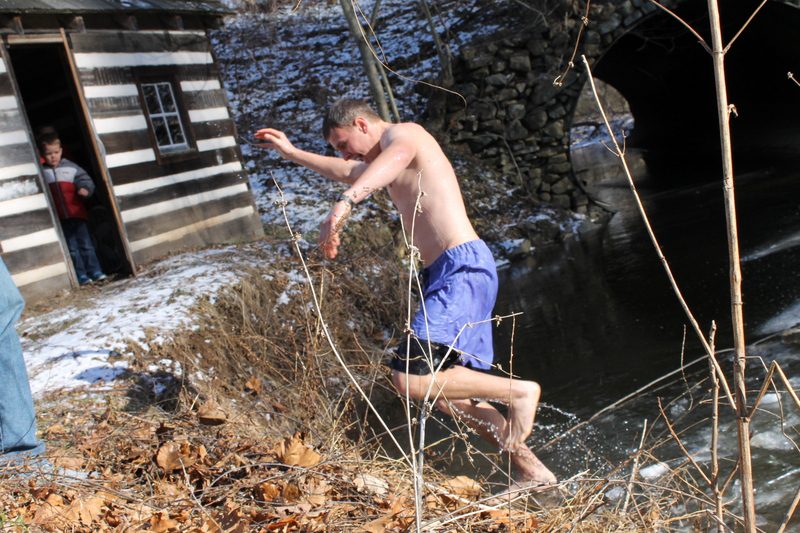 He didn’t waste one minute scrambling onto the bank and making a beeline up the hill to the house.

My older daughter took a video of the whole thing. On it you can hear me bellowing, “Go under! ALL THE WAY UNDER” because I am the sort of mother who believes if you are going to be stupid, you might as well go all out.