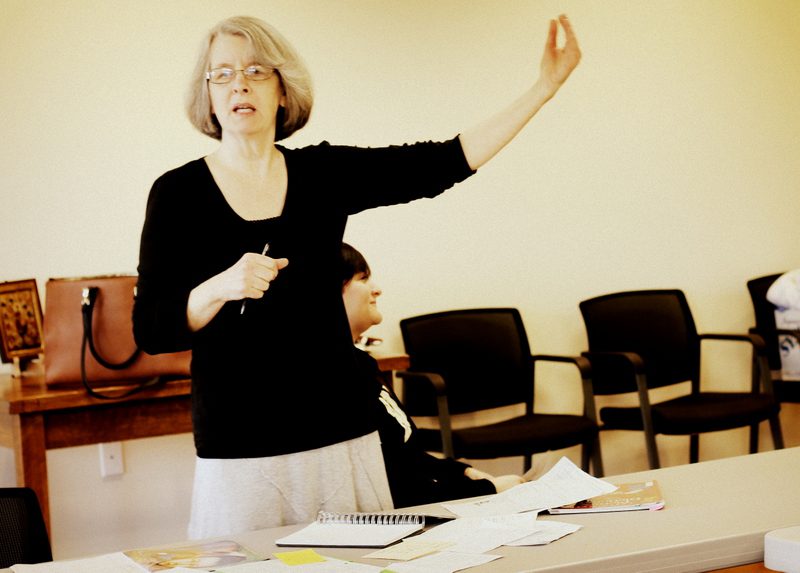 After moving here two years ago, my mom floundered a bit, trying to get her bearings. She did some job hunting, a little substitute teaching, and then, through my sister-in-law, she discovered our local branch of Refugee Resettlement of Church World Service and began volunteering as an English teacher.

Now she teaches a class three days a week. The class is four weeks long and cycles through the same material over and over again. The first hour is topic-based—health and hygiene, finances, housing, transportation, emergency services, schooling, etc—and the second hour (Mom’s part) is an English lesson. New students enter the class at any point, which means the students’ nationalities and English-speaking abilities is ever changing.

Keeps my mom on her toes, it does. 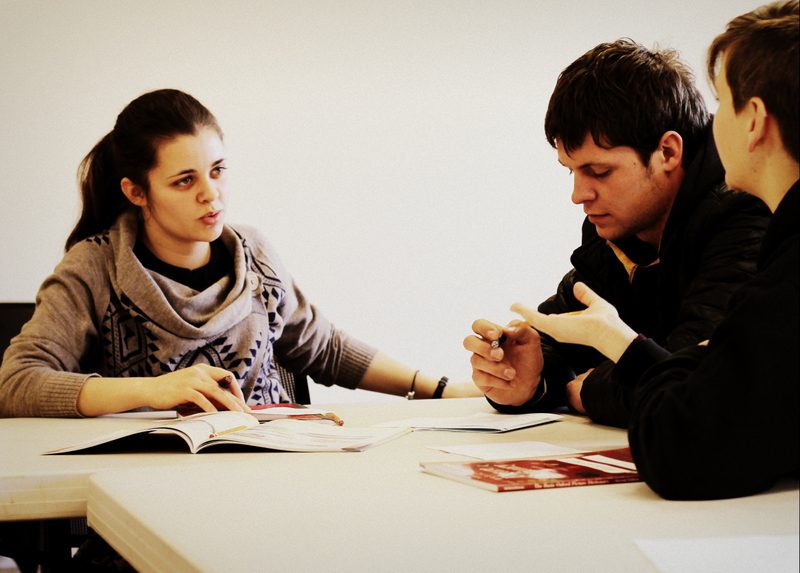 Each of my kids have taken a turn helping out with the class. My older daughter got to show several students around town: the bike shop, the library, and so on. When she pointed out a drinking fountain, they wanted to know where the cups were.

There are no cups, she said.

So we use our hands?

No, no. You do it like this, and she demonstrated.

One of the men pointed to a trash can. What’s that?

So she explained how it’s illegal to throw trash on the ground in the United States. Then the man spied a cigarette butt on the ground. Oh! he said. He picked it up and carefully deposited it in the trash.

When my older son took his turn, the day’s lesson was about safe driving and biking practices. He talked with a small group of men about how bikers must never ride right next to parked cars in case the door opens suddenly, how a bike needs to follow the same rules as a car, and how a biker should always wear shoes and always, always, always wear a helmet. (And then he told them about his broken back and wonky eyeballs because, when it comes to helmets, my kids are positively evangelical.) 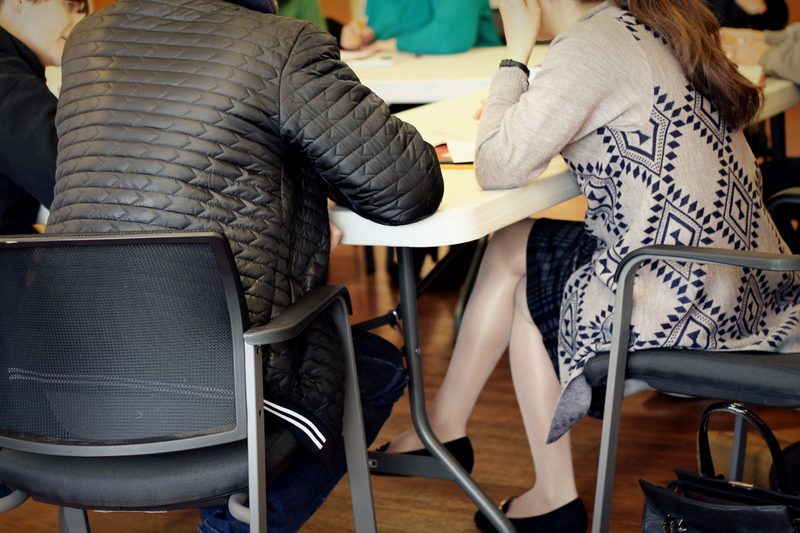 Even my father has gotten in on the fun. One of church world services’s refugees, a Syrian, requested extra language practice so my father began meeting with him. Gradually, a friendship developed: they’ve reciprocated dinner invitations (after working the previous night at the poultry plant, the young man returned to his apartment, slept a bit, and then made my parents a fabulous home-cooked meal), and now that the student has passed his written driver’s test, Dad takes him out for driving lessons on Sundays. 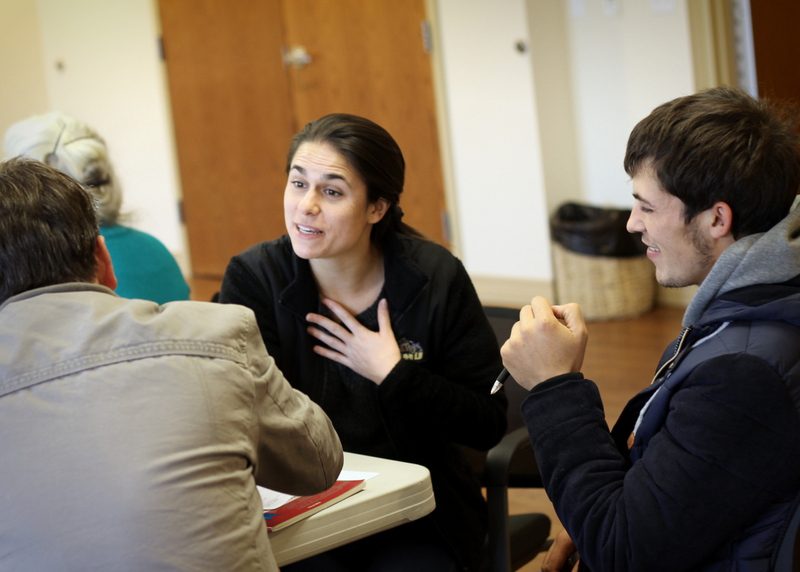 A few weeks ago, I attended a middle school production of 937, a play based on a true (but little known) story from WWII in which more than 900 Jews fled Germany on an ocean liner. They tried to enter Cuba but were denied permission, and then both the United States and Canada refused to let them enter, as well. The ship was forced to return to Europe where more than 250 of the refugees were killed by the Nazis. I teared up, watching (and at a middle school play, no less!).

Before and after the show, a couple local refugees shared their stories of how they came to this country, and at the very end, a JMU professor spoke about the refugee crisis, debunking myths and laying out the facts. I was so proud of the public middle school for putting on such an edgy play, and proud of our town for all the work that has been done on behalf of refugees. (These signs are everywhere, it seems.)

As I left the theater, I found myself wishing Mom and Dad could’ve been there, what with all their interest in the refugee situation, but then I remembered that they were having dinner with some of Mom’s students.

Ha, I thought. They’re too busy hanging out with refugees to bother seeing a play about them. 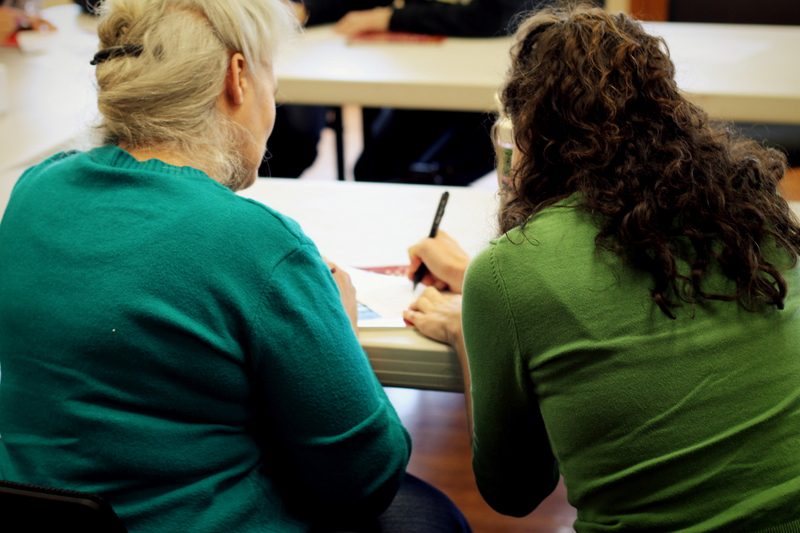 This morning, for the first time, I visited Mom’s class. I watched as the students struggled to respond to basic questions (address, phone number, first and last name). The previous hour had been a lecture (with translators) on how to interview for a job, and in the second hour, Mom pushed that out, explaining how to shake hands (let the interviewer initiate the contact), make good eye contact, and then having the students practice exchanging pleasantries. 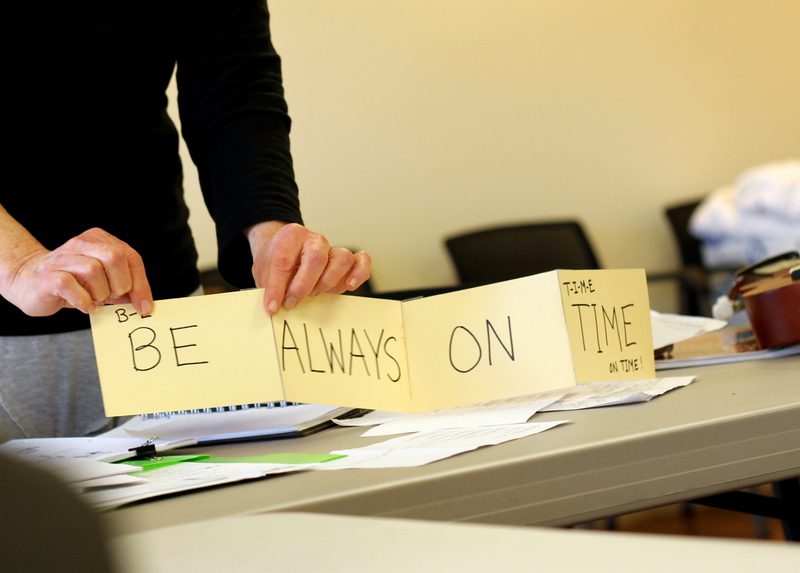 She explained the importance of always being on time and drove home her point with a little Bible school ditty from her childhood. 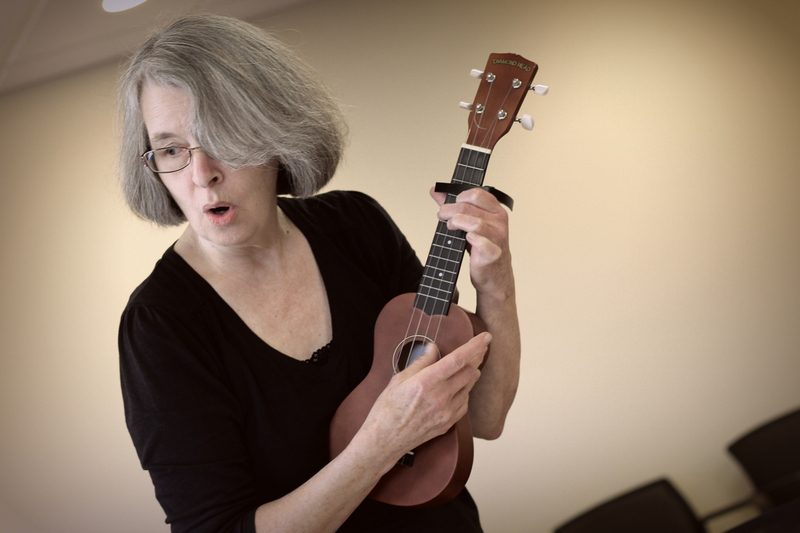 I worked with a couple men (a chatty Iraqi and a brand-new Iranian). We discussed their previous jobs, and then went down a bunny trail in which I got to learn all about the different countries and their corresponding types of naan.

PS. All photos from this morning’s class, taken with permission.