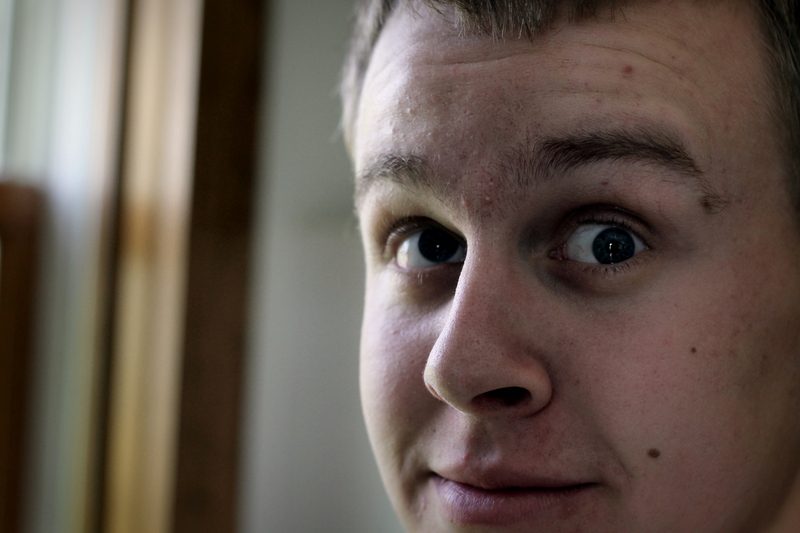 I’m sitting on the couch, in wool socks and yoga pants, sipping coffee and munching my way through a piece of bread slathered with peanut butter and nutella. I just got done signing my broken-back son up for tap dance. When I called the doctor’s office to ask if he could take a tap class a couple weeks after getting out of his brace, the receptionist was like, Come again?

You know, a dance class. Tap. It’s mostly footwork so he won’t have to bend all that much, I said, and then the woman burst out laughing. Somehow I don’t think the spine center gets many calls from patients seeking permission to do tap.

I’m going to take the class, too. I decided that it’s ridiculous that my kids get to take all the fun classes. Who says I can’t indulge in a little happy feet just because I’m 40? Besides, the class is scheduled for the week after my next play ends—it will be the perfect antidote to the horrible, no-good, very bad post-play crash.

Actually, the way the class sign-up came about was this: I decided to sign up for the class and then asked my son if he’d like to join me. He said yes, and then my younger son begged to come, too, and then my younger daughter (who I just signed up for ballet) said that she’d maybe like to learn tap as well? Good grief! I already had to steal from our food envelope to pay the class fees for my older son and me! I’m putting the younger two off for now. Money doesn’t grow on trees and all…

Last Wednesday my older son and I spent five hours in the eye clinic at UVA. The goal: to figure out the extent of his eye damage and to work out a solution. We met with the most eccentric doctor I have ever met in my life: picture a squirrel jacked up on caffeine times ten. He spoke so quickly his mouth couldn’t keep up! At the preliminary check-in visit, he blew in and out of the room so fast that we didn’t know what hit us—and I only understood about twenty percent of what he said—but by the end of the day when we were scheduled to see him again, we were prepared. My son secretly recorded the whole exchange on his phone so we could share the wild, you-won’t-believe-it-unless-you-hear-it ride with the rest of family.

The upshot of the day is that when my son kissed the ground, he sustained nerve damage that weakened one eye muscle. When he looks to the left, he sees double. He will most likely need surgery to correct it. Two (simple, out-patient) surgeries, to be exact. First, the doctor will operate on one eye and then, a couple months later, on the other. Ta-da, problem solved! (Hopefully.)

That evening, I noticed, for the first time perhaps, that the eye damage is actually visible. My son was looking at me out of the corner of his eyes, and only the left eye fixed on me—the other one pointed north.

“Oh my word, your eyes are messed up!” I squawked.

He rolled his whacked-out eyes at me. “Seriously, Mom? You’re just now figuring this out?”