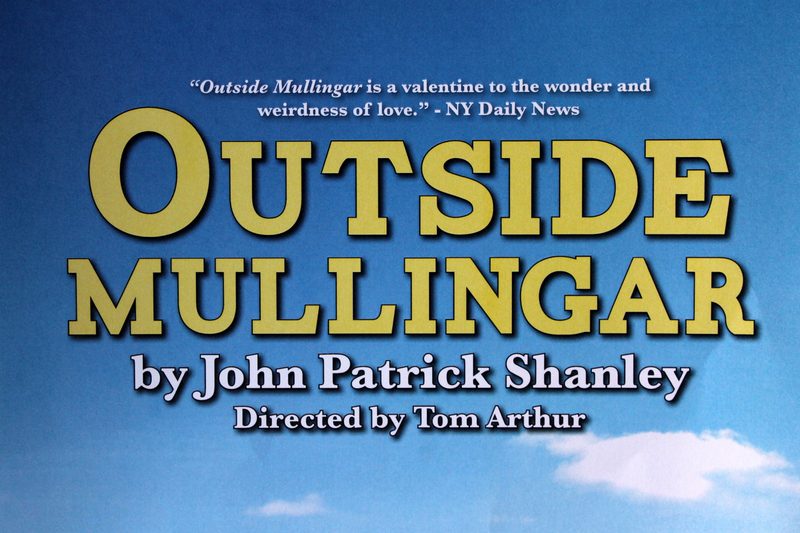 It’s always astounded me, the sheer quantity of lines that actors shovel into their brains and back out their mouths. Memorization does not come easy to me, so when I first read through the script, yellow highlighter in my cramping hand, I kind of freaked. How was I possibly going to absorb all those words? With no idea how to proceed, I simply started reading the lines, hoping they’d stick.

Because I’m not allowing my husband to read the script ahead of time (he prefers to be surprised when he sees the play), and because I don’t want to spoil the fun for anyone else who might come see it, I didn’t have many options for study partners. With the sometimes-unusual Irish turns of phrase, my younger children had trouble spitting out the lines fast enough to suit me; plus, I was concerned they wouldn’t be detail oriented enough to catch my slip-ups. So that left me with my older son (and my mother and a girlfriend who both chipped in once or twice, bless their hearts). I’d drag him out to the porch or corner him in his room to make him run lines with me, our voices quiet so my husband wouldn’t hear. My son was good at it, making me run the longer phrases over and over and over until I flew through them … and then he’d make me do it once more for good measure, the stinker. 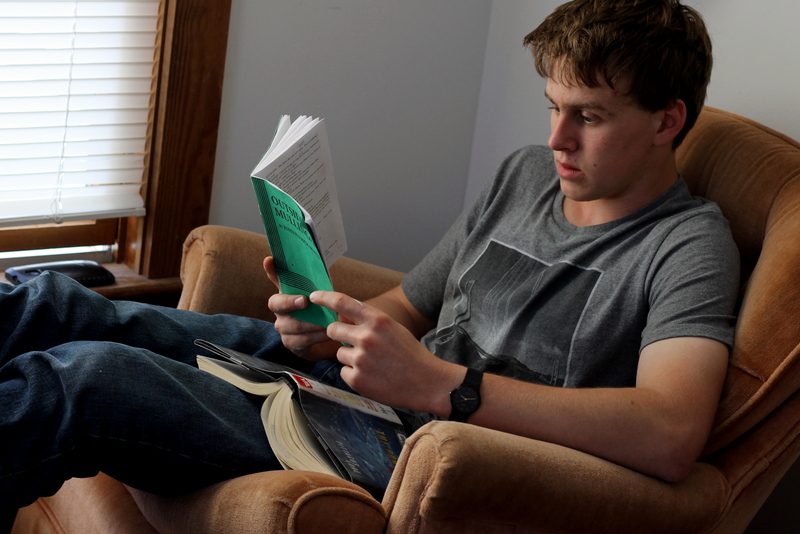 Over the course of a couple weeks—the amount of time it took me to get off-book—I started to notice a method to my memorization: consonants and alliteration and alphabetizing. I was breaking the sentences into sounds and then linking them back together. For example, in my line, It’s not funny, with the Celtic Tiger belly up and people leaping off castles and cliffs, I hear the three “c’s,” and I keep castles and cliffs straight by remembering they’re alphabetized.

Here’s one I’m having trouble with right now:

Anthony: Feelings are useless.
Rosemary: It’s worse in a man. I can’t stand a man with feelings.

I can never get that first sentence started, so connecting the “s” sound in “useless” with the “s” sound in “worse,” which is then followed by the “s” is “stand” and “feelings,” helps me to keep things straight; the “s” is like a ribbon, tying the idea into a bundle. I also have trouble remembering “It’s” and “I.” I haven’t worked that one through just yet, but I’ll probably connect the “it’s” to Anthony’s “feelings”—an object that’s out there, apart from me—and then concentrate on bringing the second sentence closer home—how I feel about feelings. It sounds wildly complicated (and remember, I didn’t set out to create this system; it just happened), but it only takes a moment to puzzle out a connection and then the link is made.

I have no idea if my tactics are good form or not. Actually, I have a gnawing suspicion that they’re not. The other night at rehearsal when we were working through a scene in which I have to say the same thing, more or less, four different ways, I screwed up and served the tea at the wrong time. Everyone hollered at me and the scene screeched to a halt. “Shoot,” I said, slapping the table. “I serve the tea on the fourth time, not the third.”

There was a moment of silence and then director said, “WHAT DID YOU JUST SAY.”

From his tone, I immediately knew I had committed a heinous crime. Not wanting to make things worse, I kept my mouth shut and waited for the ax to fall.

“WHAT are you doing?” the director asked, scrutinizing his script. And then, “Ah-ha. I get it now. You’re counting! You can’t do that, no way! You’ll kill yourself!”

Everyone started bobbing their heads and tsk-tsking. Clearly, I was a walking disaster, a time bomb, an abject failure.

“You want to give me a shovel so I can dig a hole and bury myself now and be done with it?” I whined.

The director then gave me a lecture on memorizing for content and the importance of NEVER COUNTING BECAUSE THAT WILL DESTROY YOU. When he finished, there was a long silence while I contemplated the error of my ways. And then I said, in my most teeny-tiny voice, “Do you mind if I argue with you?”

“What if counting helps to get the sequence into my head, and then, once I have the patterns and rhythm down, I am better able to focus on the meaning, eventually forgetting the counting technique altogether?”

“Okay, fine. I see your point. Go ahead and try it then.”

So yeah. I really have no idea what I’m doing. But I do know that when I opened my script to find examples of how I memorized lines, I had trouble finding them—and I used them for almost every single line! For the most part, all I see when I look at the script now is the meaning, the flow, the feelings. I guess this means that I will (I hope!) eventually forget all my little gimmicks and settle fully into the play.

Either that, or I’ll crash and burn most spectacularly.

And now if you’ll excuse me, I need to go run lines with my son. I gave him a driving lesson today, so he owes me one. 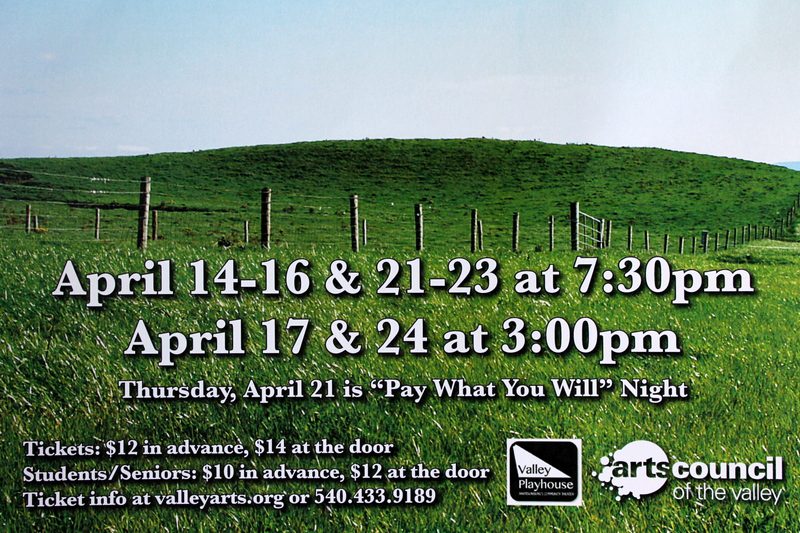 This same time, years previous: wuv, tru wuv, on being together, warts and all, the boy and the dishes, cream puffs, and oatmeal crackers.