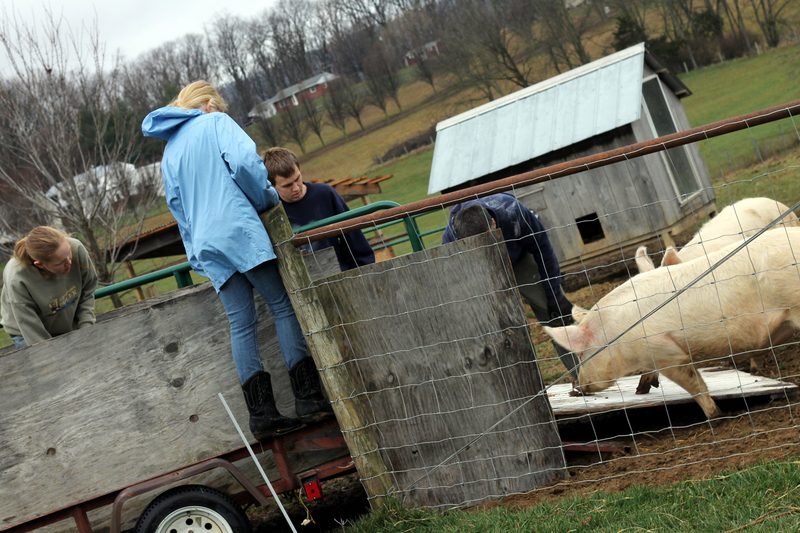 Three days before Christmas, we loaded up our pigs and hauled them to market, to market…or the butcher shop, rather. 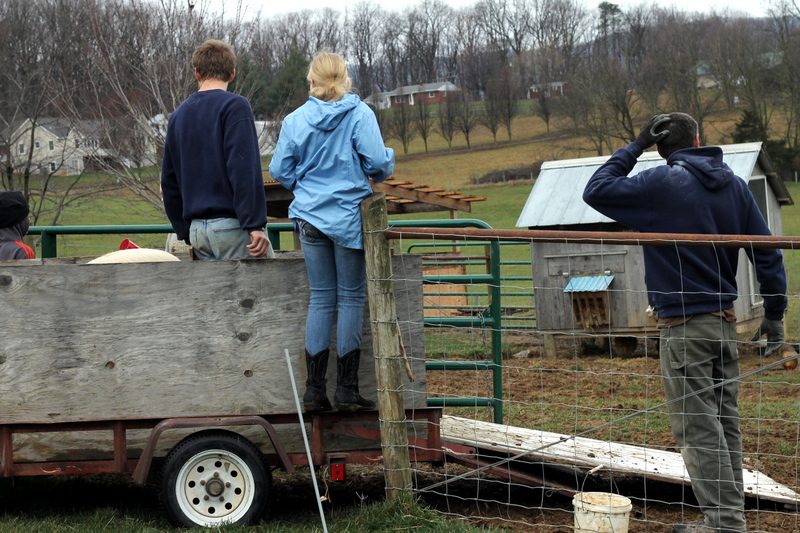 We are not farmers, so we lack the farmery equipment, such as sturdy trailers for hauling large animals. Instead, my husband put them on his trailer, in the wooden box that he built to carry boring things like trash and mulch. The pigs did not fancy the trailer or the climb up the old wooden door-turned-ramp, so my daughter coaxed them with grain, and my husband and younger kids made a makeshift barrier with sheets of cardboard. The cardboard was more of a vision block than anything, considering the pigs could have plowed through them at any point. 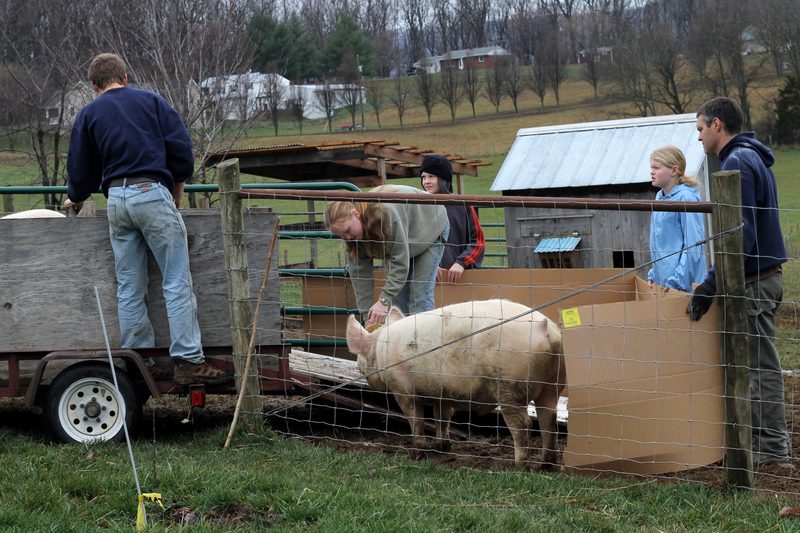 Once Pig One was in the trailer, happily breakfasting, my son put a piece of wood in the middle of the trailer to serve as a partition and they set to work on Pig Two, the more temperamental of the two. Lots of hushed yelling, slopping about in the mud, and very cautious maneuvering later and Pig Two was finally up and in. 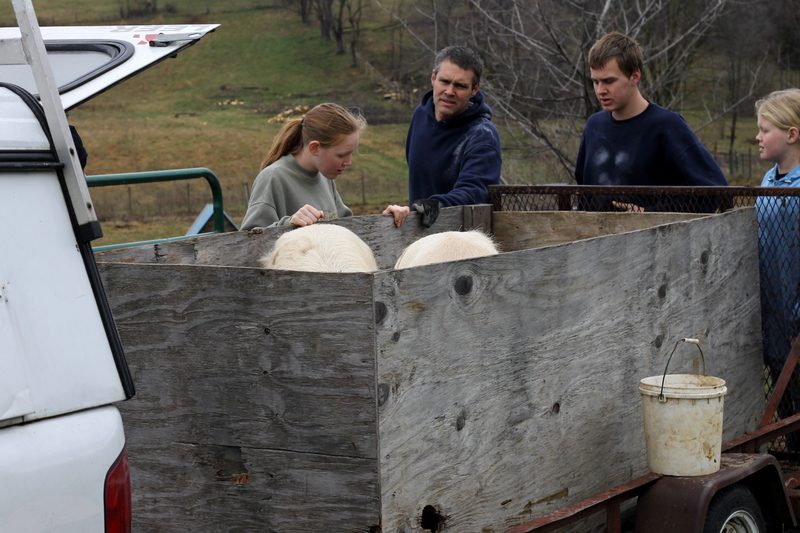 And then my older daughter was like, Uh, Dad, they’re going to bust out of this box. And it was true, the pigs’ backs were above the top, and whenever they leaned against the sides, the walls bulged out. If they decided to chuck a fit, it’d be bye-bye piggies for sure. 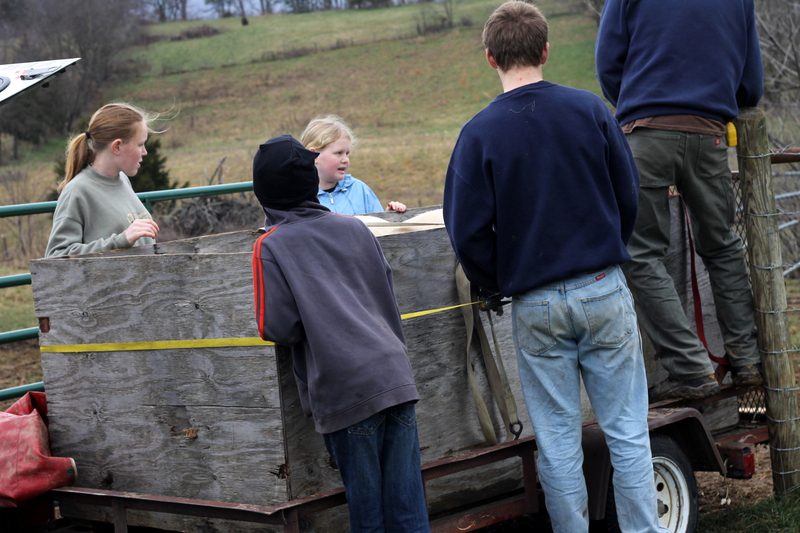 So my husband belted the box with ropes, and then lidded it with a tarp and firmly bungee-corded it down. It was time to hit the road. Fingers crossed we wouldn’t be chasing pigs on Route 42. 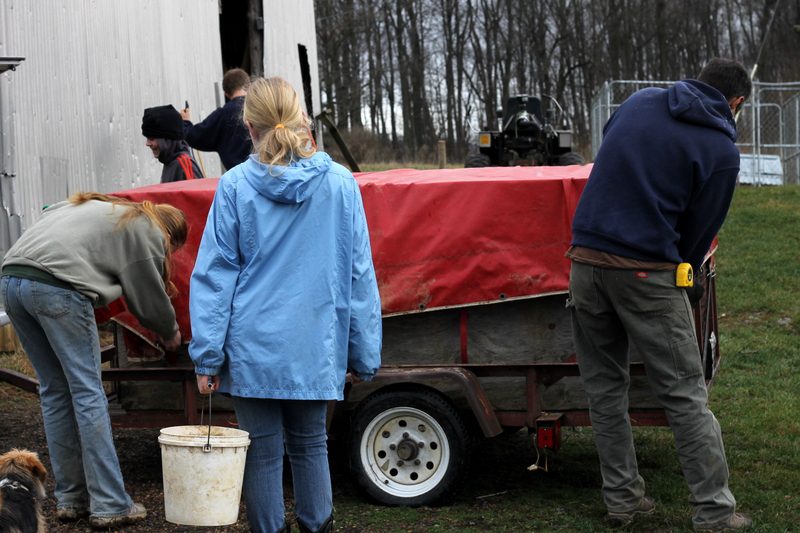 I had told my younger daughter she could ride along in the truck. Since she’s the most resistant to the butchering process and had never been to the slaughter house, I hoped that seeing the end destination might help her integrate the whole pig-raising experience. And I told my older daughter she could go along, too. She was the one that cared for the pigs, after all. But then both my boys threw fits—they wanted to go, too. Fine, I yelled. We’ll ALL go. 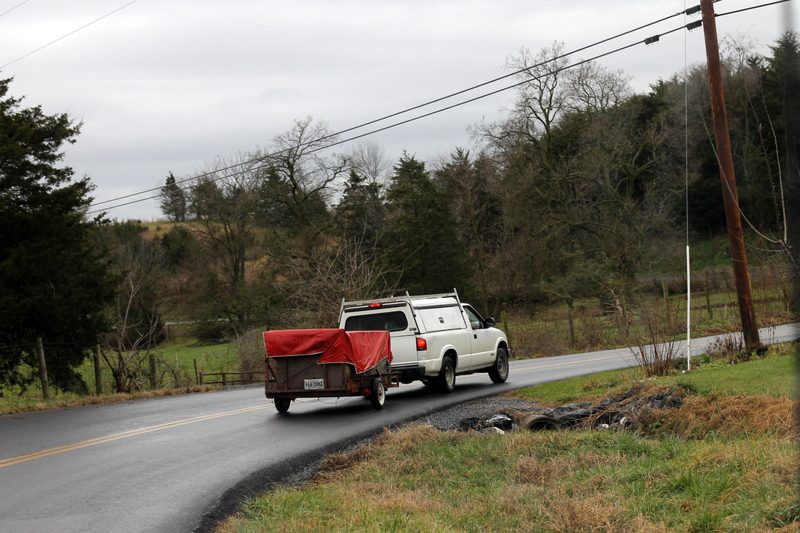 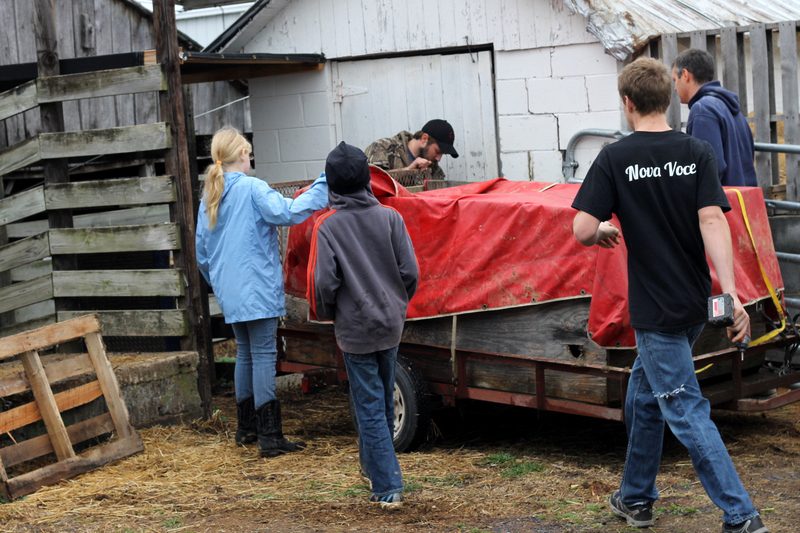 …we crowded into the tiny office to turn in our paperwork. I had spent the previous evening researching a variety of cuts and making my selections and wanted to be sure I had done everything correctly. While we waited for the customer in front of us to finish up, I pointed out the little window behind the desk through which we could see the workers cutting up great slabs of beef. The kids jostled to see, oohing and aahing. After a minute, the woman behind the desk (over whose head we were staring) asked if we’d like a tour.

Actually, first she said, “Are you the one who brought the two little kids to have a tour a few years ago?”

“We talk about you all the time,” she beamed.

(That she remembered didn’t catch me off guard completely. When I had stopped by the office to set the slaughter date and the guy behind the desk asked if we had done business with them before, I explained that no, we hadn’t, but we had come by for a tour several years ago, at which point the owner popped his head around the corner and said, “You the one that brought those two little kids? I still have their thank you letters!” And then he quoted from them, I kid you not: Mr. Joe, you have the best job in the world!, and I liked seeing the beating heart after the pig was dead. The whole exchange—connections! relationships!—made me feel fuzzy warm about the place, which come to think of it, seems a little odd, considering the place is a slaughter house and all.)

They weren’t slaughtering that day, so the kids and I got to walk all over the place in our mesh caps and white coats, getting an up-close look at the pulley systems, scalding tank, and fancy saws.

Monday morning of this week, I got the call that our meat was ready. Eight heavy boxes of tenderloin, pork butt, side meat, hams, ground pork, sausage, ribs, and fat. (We sold half of one pig, so this is 1.5 pigs.) 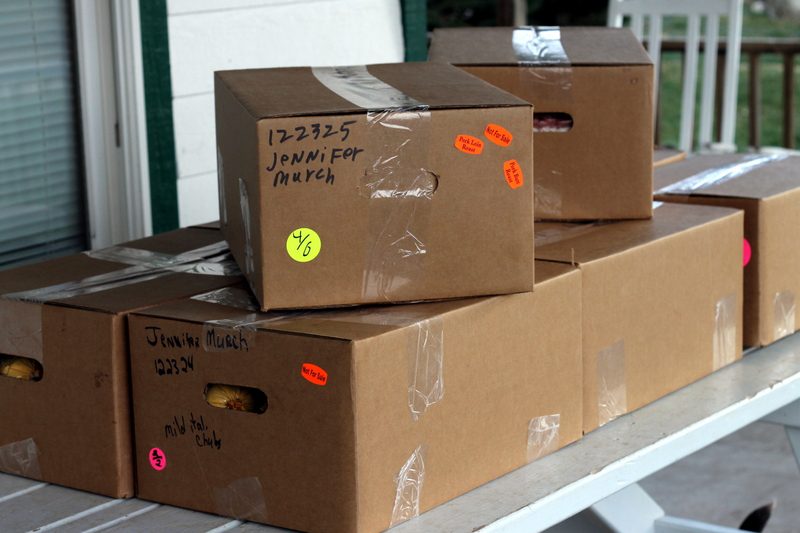 That evening we piled the boxes on the table. While my husband cut open the boxes to inspect the contents, I cackled like a tipsy chicken, so over-the-moon happy with our piggy-pork bounty I could hardly stand it. The next morning we ate sage sausage with our fried eggs and bagels, and that evening’s supper was pulled pork in soft tortillas. 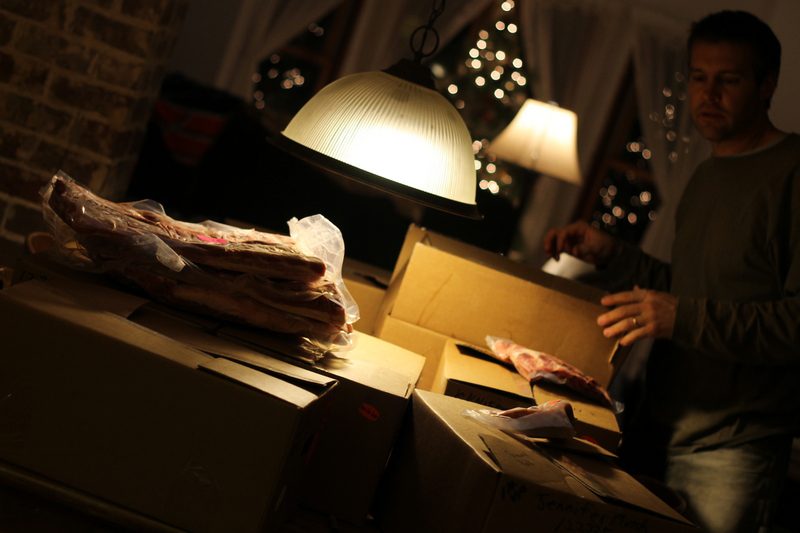 This is the first time we’ve raised our own meat (not counting chickens) and I have two thoughts and one request.

Two Thoughts:
1. I had no idea how gratifying it would be to stand in my kitchen eating the meat that came from the animals that I, from my very kitchen window, watched grow up.
2. When raising your own food, the harvest is often overwhelming, so I’m familiar with the drowning-in-food feeling. Meat, however, is a totally new experience. The sheer quantity feels like riches untold.

One Request:
In those brown boxes are more large chunks of meat than I’ve ever possessed in my life. I have little experience preparing big pieces of meat, so I’d love to hear your favorite recipes. I know there’s pulled pork and stew with chunks of pork, but what else?