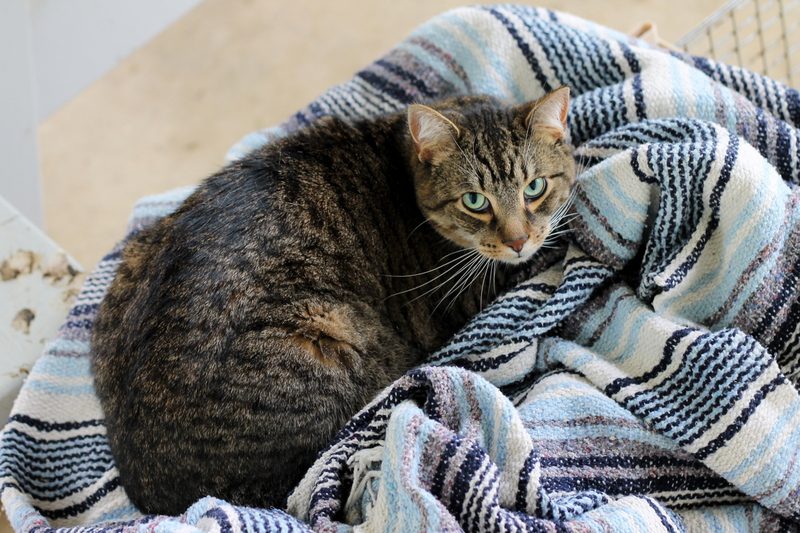 Late last winter, I got an email from a local reader wondering if, because our cat Luna had died, we would be interested in taking their cat. Their family was moving out of the country for a couple years and they needed a home for their much-loved, seven-year-old cat named Obie.

I read the email through once, and then again, this time through squinty eyes. Our cat had just died because a car had hit it. Did they not catch that part of the we-are-down-a-cat post? A just-smashed-cat does not exactly scream This is a safe place for your kitty cat! Give it to us!

I decided that, under the circumstances, it was best to be clear. “I’m flattered that you’d offer us your beloved pet, especially after the one in our care got killed!” I wrote. “Here’s the deal: our animals are 100 percent outdoor animals (except for when the kids sneak them into the house), and we use our cats for mousers (and cuddles). If you are okay with Obie being an outside cat (he looks so sweet!), then we’d love to have him. But we also understand if you want him to be an inside animal.”

He still has his claws, she wrote back, and even though he’s always been an indoor cat, we’re fine with him being outside.

Which left me confused: were they okay with him dying? Because, to be frank, there was a high probability that might happen. This time when I replied, I did not mince words. “We’d love to have Obie. But I feel it my duty to be very upfront with you. Our cats have a 50-50 chance of living. We live right next to a road. They are outside cats and sometimes they run away. We had a great cat—Blackie—but he disappeared while we were in Guatemala. We like our animals and take good care of them and give them lots of cuddles, but we see them as animals, not semi-humans, which, to some people, makes us seem cold hearted. All that to say, we would LOVE to have Obie and we will do our best to love him up real good, but only as long as you are okay with the stats.”

She replied that my honesty was “refreshing,” and then, several months later, they delivered him to our house. So okay then.

Obie (short for Obama) was fat, sweet, and completely terrified. He cowered in his crate, and, when let out to roam, hid still as a mouse in the bushes. The second evening when I went outside to crate him for the night, he slipped under the deck where he had been hiding all day. He didn’t seem the wandering type, so I decided to leave him be.

The next morning he was gone. We searched high and low, walking the property, searching outbuildings (including the neighbors’), calling, calling, calling. Once I heard him meow and tore out of the house to search for him, but I couldn’t find him anywhere. Because I felt responsible, I contacted the owners (who hadn’t left the country just yet) to see if they wanted to come search—maybe he’ll respond to your voice?—but they were fine just letting him go. We prefer to imagine he’s “frolicking in the fields somewhere and eating mice,” they said. Which suited me just fine, so that was that.

Until a dark and stormy night (okay, so not “stormy” but it was pouring rain) (or maybe, in light of this tale, it’s more accurate to say “pouring cats and dogs?”) when, right before bed, my older son said he had seen a cat that looked like Obie out by the barn. The three younger kids raced out of the house, spied a pair of eyes in the back of the woodshed, and frantically dug him out. Incredulously, it was Obie. He was unbelievably skinny (we can circle his backbone with our fingers and touch them together) but bright-eyed, without a scratch on him, and as timid (and decidedly not outdoors savvy) as ever. Which leads me to wonder just exactly what he was doing for the last two months? Hibernating in a hole somewhere? 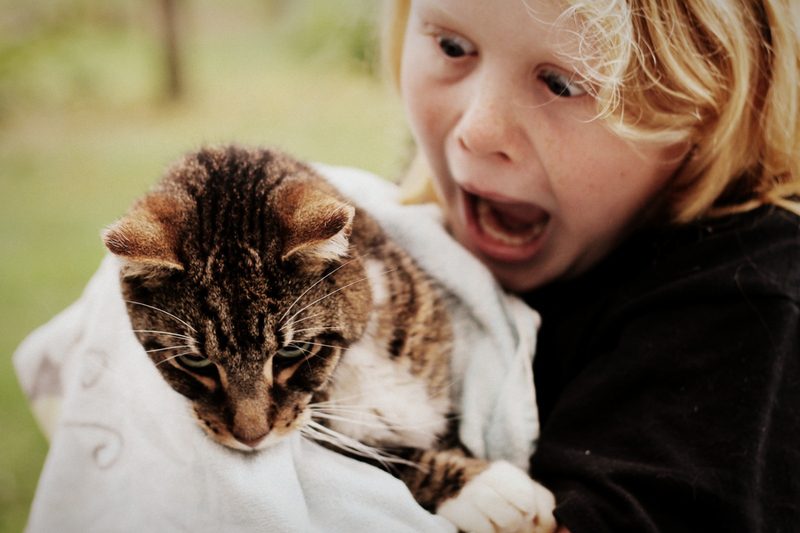 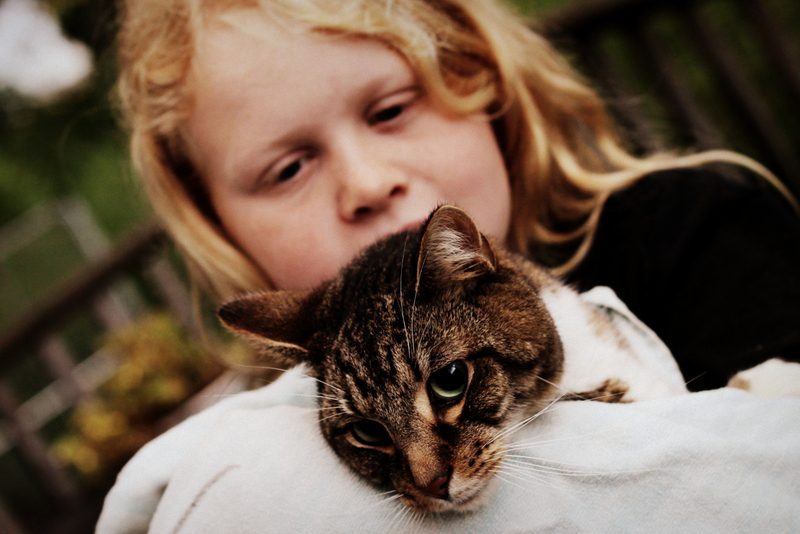 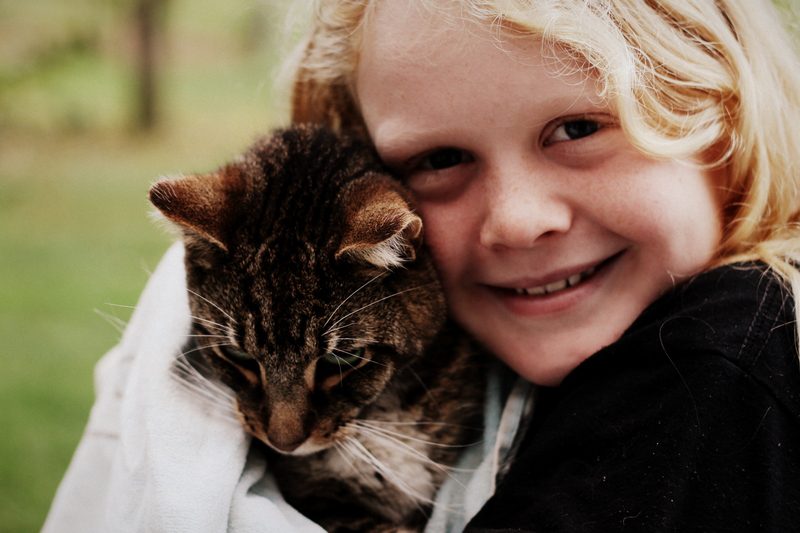 For the last week, Obie has been treated to the best of care: several meals a day, a crate inside a kennel (there’s no running away this time), and lots of snuggles. We’re hoping he sticks around.