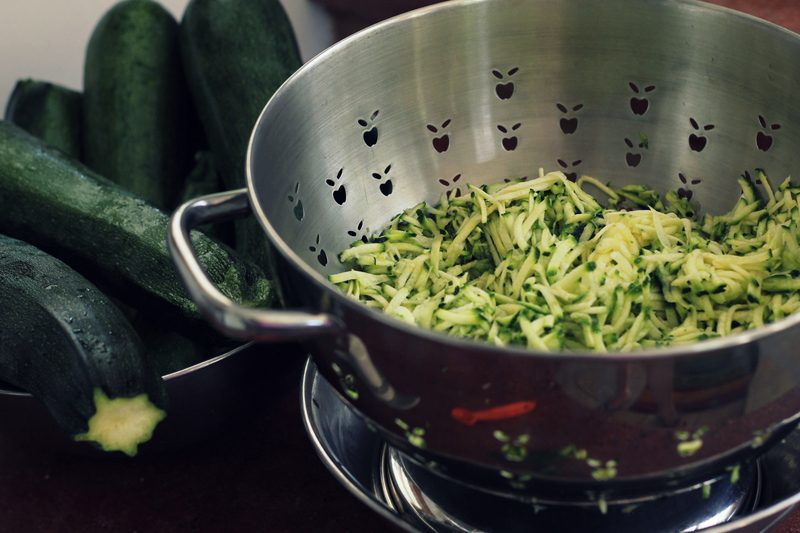 I went a little crazy when I planted zucchini. Eight plants—or is it nine?—might be considered going overboard, yes? But I had a rationale, I promise! I like to do all my work in one fell swoop. None of this a-couple-pints-here-four-quarts-there manner of preserving. If I’m going to be miserable standing over a boiling hot stove all day long, then I want it to be worth my while. As in, then I’m done and I don’t need to do that again for another year. Also, sometimes my zucchini plants commit random mass suicide. I can never be sure how long they’ll produce, so I figure a lot of plants guarantees at least a few days of pickings.

Well. It’s been at least two weeks since the first picking and the plants still have not died. This means we are officially weathering an epic zucchini attack. So far, we’re handling it pretty well. I made a double batch of my family’s beloved zucchini relish and the whole wheat zucchini bread. I’ve grilled it a couple times. I’ve handed out large bags of zucchinis to various appreciative family members. The one who is suffering most from this onslaught is my older daughter since she’s the one most frequently tasked with the daily pickings. “You want me to pick the patch again, Mom? Are you serious?”

Unfortunately, my family is not overly fond of zucchini. If I had my druthers, I’d pop it in all sorts of dishes—stir-fries, soups, spaghetti sauce—but knowing that my efforts will be unappreciated puts the breaks on my enthusiasm. I do think I’ve been a little lax, though. I should probably up my game, really dedicate myself to winning over the masses. 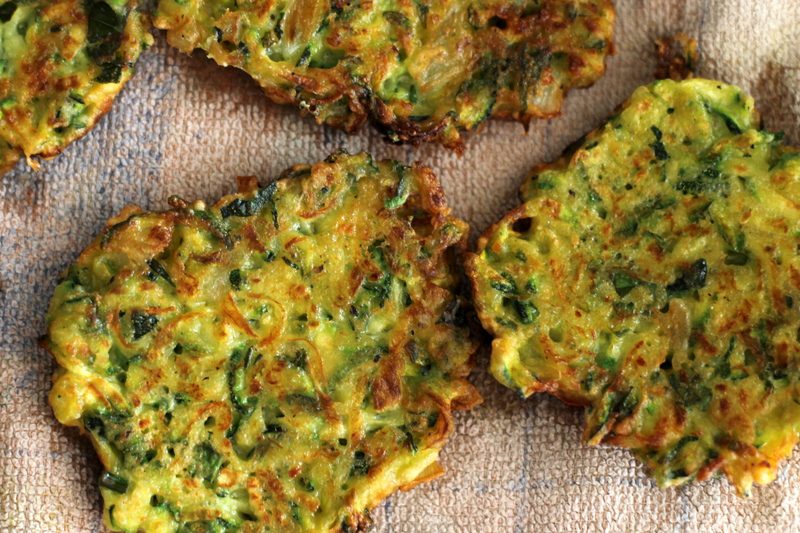 The other night I made zucchini fritters for supper. Half the family was not impressed, but the other half raved. Raved, I tell you! This, my friends, signifies a huge success. See, the fritter lovers didn’t just compliantly masticate their food like obedient (and slightly traumatized because they are terrified of incurring my wrath) people. Oh no. Instead they prolifically praised my efforts and vigorously vied with each other to get their fair portion. 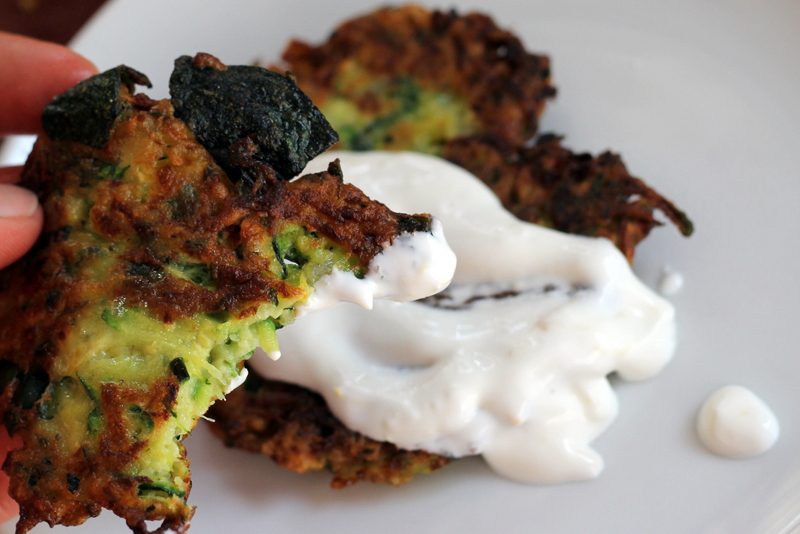 These fritters are a snap to make. The only slow(-ish) steps are the salting and draining of the zucchini (getting out all the moisture makes crispier fritters) and the frying process, but they’re really no more complicated than basic pancakes. They’d make an excellent snack or hors d’oeuvres, but I served them as the main course, along with other veggies and applesauce. 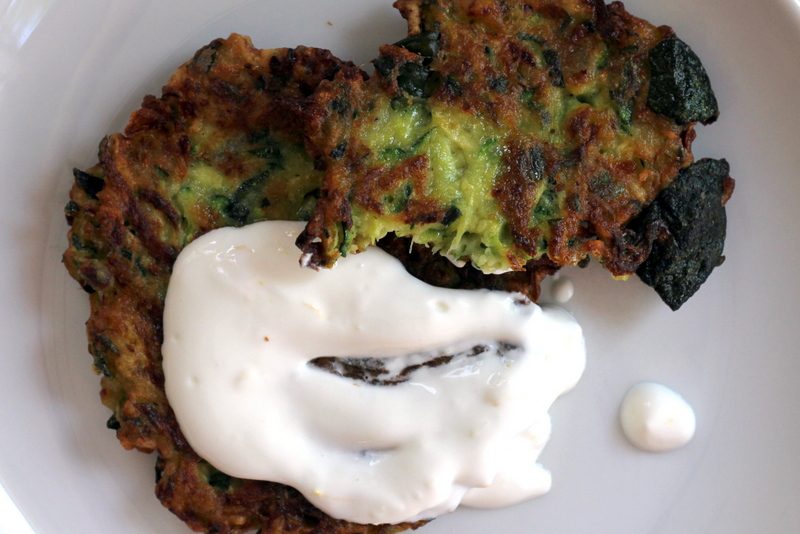 The sour cream dipping sauce is an absolute must.

The fritters were a bit on the salty side, so I dialed back the salt a little (my changes are reflected in the recipe).

I used the herbs I had on hand—feel free to swap them for whatever you have. Fresh dill, with some feta thrown in, would be nice, I’m sure.

Put the grated zucchini in a colander over a bowl and sprinkle it with 1 teaspoon salt. Let rest for 20 minutes. Dump the zucchini into an old cheesecloth and squeeze out all the liquid.

Mix the drained zucchini with the remaining ingredients (but not the oil and dipping sauce).

Pour the olive oil into a sided pan and set over medium high heat. When the oil is hot, drop in a scoop of batter and then press in flat with the back of the spoon. Repeat, fitting in as many fritters as you can. Let the fritters fry until golden brown on one side—about three minutes maybe—before flipping to fry on the second side. Place the fritters on a napkin-lined (or, old towel-lined) plate to drain. Serve warm with generous dollops of dipping sauce.

Mix together all the ingredients and serve with the fritters.