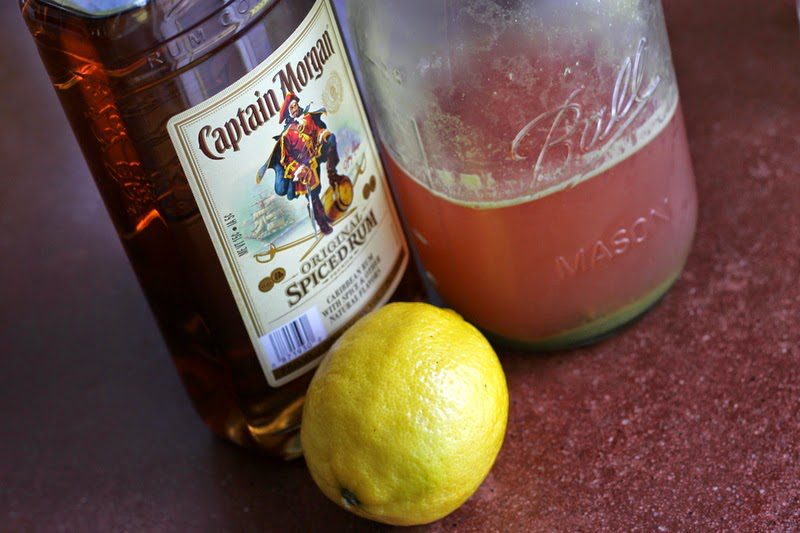 When my sister-in-law’s family came to visit last summer, they brought along the fixings for their summer-evening-chilling-on-the-porch adult beverage: some jugs of grapefruit juice and a bottle of Captain Morgan spiced rum. We sipped on the deliciousness for the duration of their visit. When they took off, they left behind the one remaining bottle of grapefruit juice but not the rum. I was sorry to see it (and them, of course) go, but I didn’t blame them.

Fast forward to this week when I stopped by our local liquor store. I was out of rum and Bailey’s. I always put off purchasing liquor for a long as possible because it’s such a blow to the wallet. But summery drink season was dawning. It was time for the plunge.

The children were with me and two of them wanted to come in. Keep your hands in your pockets and stay behind me like ducklings, I barked. I had nightmarish visions of curious fingers, slippery glass, and an extra large bill at checkout.

The kids did just fine, but I got sidetracked in the rum aisle by a Captain Morgan spotting and the subsequent profound longing for grapefruit juice and summer evenings on the deck. At checkout, my bill was higher than anticipated. 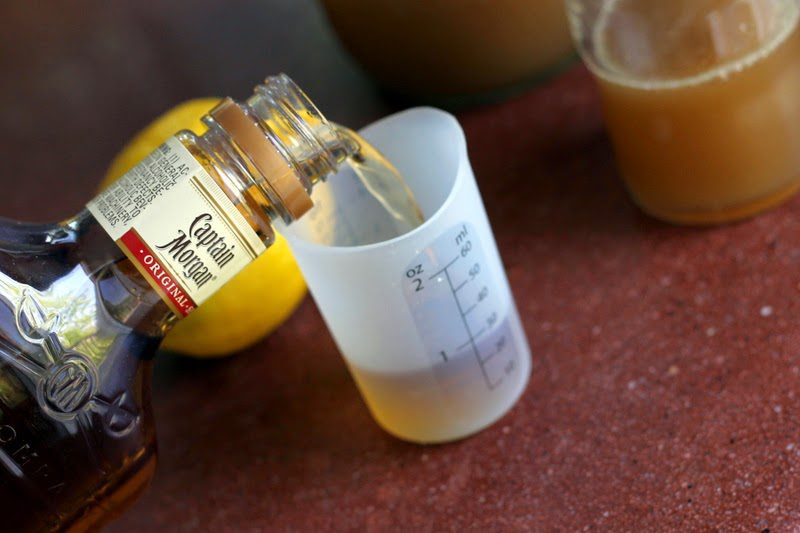 That evening I whirled up the rhubarb juice per the recipe for rhubarb daiquiris, but I omitted the rosemary syrup (my rosemary plants are still too small to contribute to the world), added a generous squeeze of lemon, and then the spiced rum instead of the plain stuff. 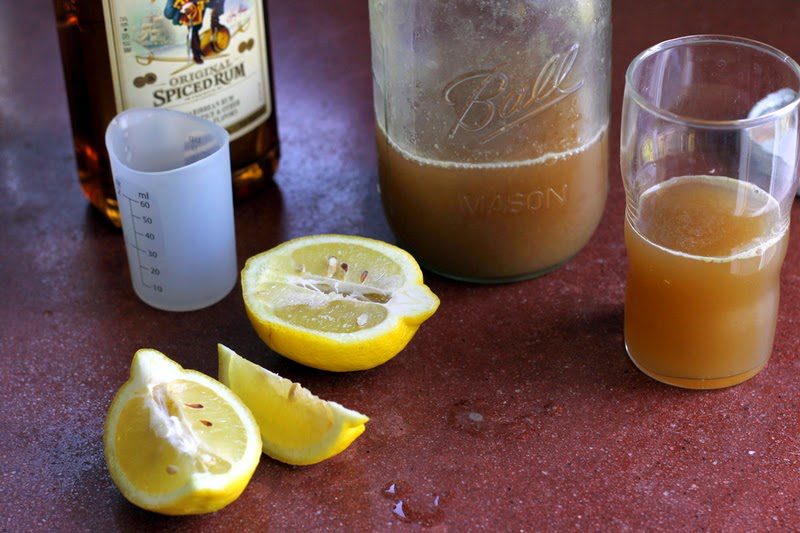 It’s a sharp drink—lip-puckery and tart—making it the ideal refreshment for hot summer evenings. Before rhubarb season ends, I plan to make a couple extra batches of the rhubarb juice which I’ll freeze in anticipation of a whole summer’s worth of evening drinks. 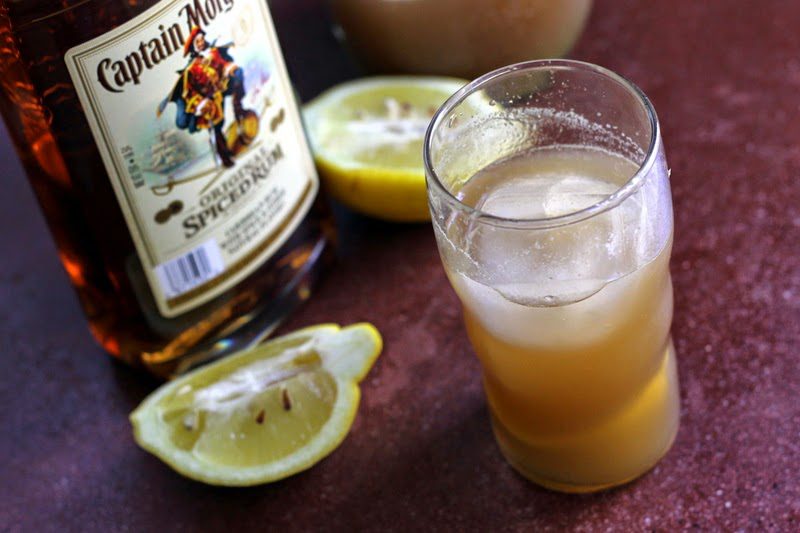 Combine all ingredients. Pour into an ice-filled glass. Serve immediately.

Combine all ingredients in a blender and whiz until liquefied. Pour the mixture through a strainer, pressing on the pulp with the back of a spoon to extract all the juice. Discard the pulp. Pour the syrup into a quart jar and store in the refrigerator. (If freezing, measure 2/3 cup of juice into half-pint jars.) Shake well before using.