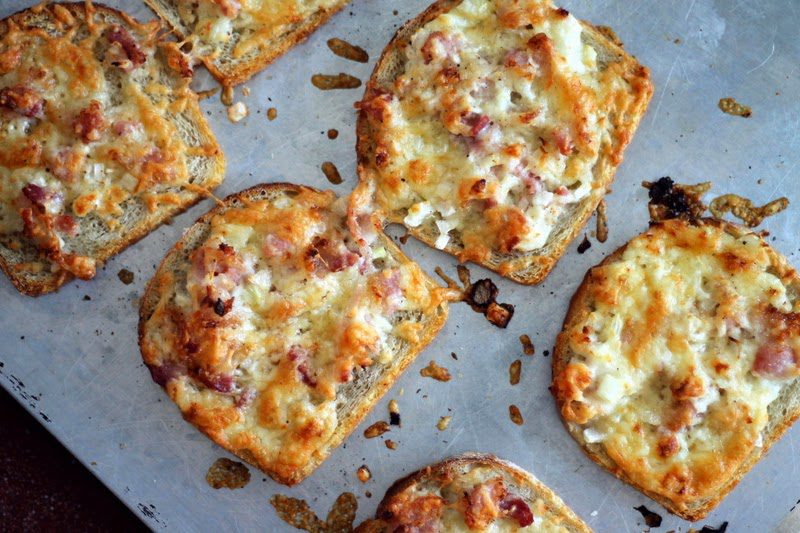 Listen up, people! Do I ever have a good eat for you! It’s the three basic food groups—bacon! cheese! bread!—smashed into one amazing, delectable, and utterly satisfying food. Behold…

Okay, so its appearance is a bit anticlimactic, I admit. White cheese on white bread and it doesn’t even look very gooey. In fact, it looks dry. Ha! Too bad you can’t taste the picture. Or even just smell it. One whiff and you’d all be digging through your freezers in frantic search of that leftover pack of bacon you just know you have in there somewhere…

I got this recipe from Ruth Reichl’s blog. You know, only the woman who routinely eats the fanciest and most expensive food in the world. When fancy people post simple recipes, I listen. And you should too. 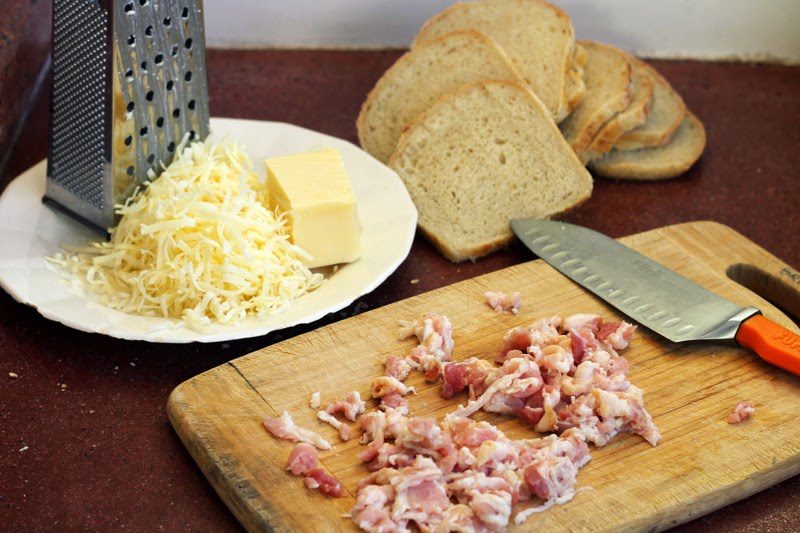 Ruth says these toasts make wonderful appetizers and, to go with the fancy appetizer motif, she gets all trim-the-crusts-off elegant. To which—both the appetizer and the crust-trimming—I say, bah. This is main dish, hearty fare, and the crusts stay on. We common folk like both quantity and crusts, thank you very much. 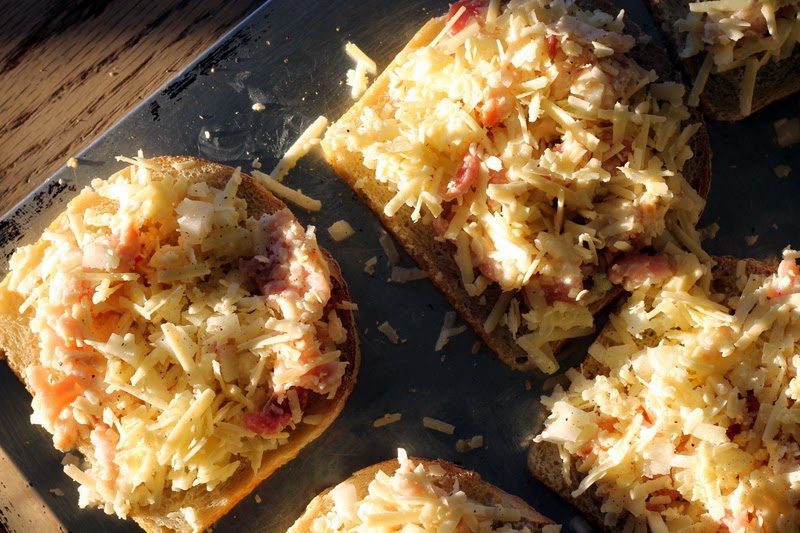 To make these toasts, just toss raw bacon, cheese, onion, and horseradish in a bowl, mound the cheese mixture on pieces of bread, and pop them into the oven to bake.

The first time I made these toasts, I was worried about two things. One, that the bacon grease would run off my un-sided baking sheets and smoke up the oven, and two, that the tops of the bread would get toasty while the undersides remained soggy-soft. 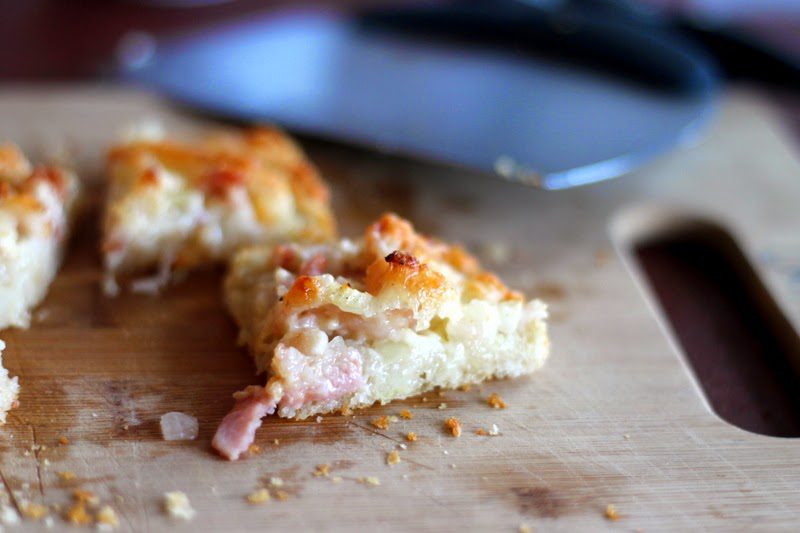 I needn’t have worried. See, as the toasts bake, the bacon juices seep down into the bread which leads to this fabulous (and very tidy) trick in which the bread actually fries in the bacony juices. This, in turn, transforms the toasts’ raw underbellies into a golden brown and crispy crust. The result is nothing less than toasted perfection. 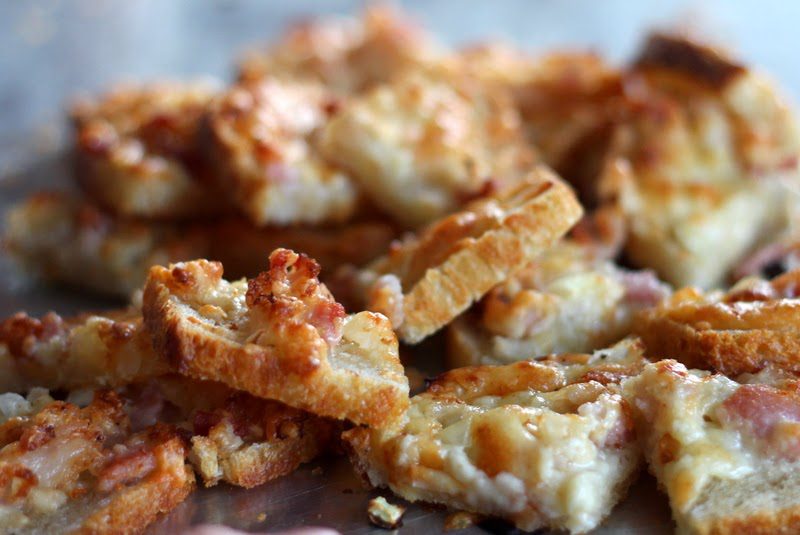 These toasts pair wonderfully with any soup or salad. Or how about alongside a pan of eggs? Here’s a crazy idea: two toasts smashed together with a hamburger patty in the middle! Or eat them all by themselves for a quick dinner, perhaps with a glass of wine. Really, any time, any place. Bonus: leftovers make a kicker breakfast.

The horseradish is imperative. I used an extra-sharp white cheddar, which I loved, but next time I might add some mozzarella or Havarti to increase the goo factor. Keep in mind that bacon is easier to dice when still mostly frozen.

Put the slices of bread on a baking sheet. In a bowl, stir together the bacon with the onion, horseradish, a pinch of salt, and some black pepper. Add the cheese and toss to combine. Distribute the cheese mixture over the pieces of bread. Bake at 350 degrees for 20 minutes. Cut toasts into quarters and serve warm.