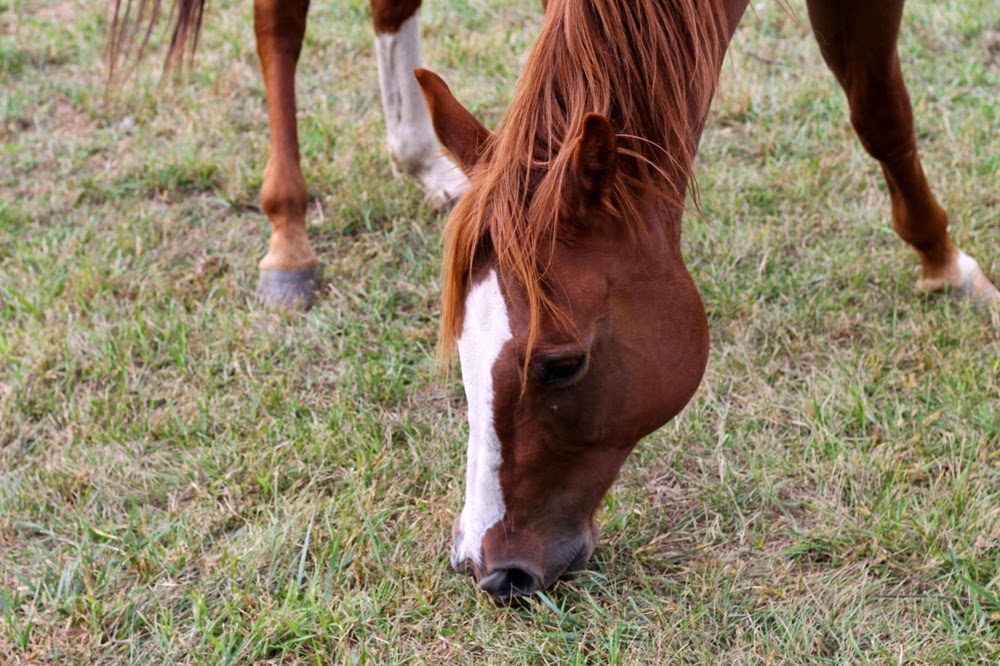 This is Isaac. He will be living with us for the winter.

Normally, Isaac lives and works at a camp for disabled people, which happens to be the same camp that my daughter volunteers for. This is the same camp where she was volunteering when she got hooked up with the farm where she now works. So, first she gleaned a job and now a horse. Moral of story: volunteering pays!

Actually, that’s not the moral. There is no moral. It’s just a story.

Anyway, a month or so ago, our neighbor (and one of the lead volunteers at the camp) stopped me as I was passing her house on my way home from my morning run. We have this horse at the camp and he’s getting sick of going in circles around the ring, she said. He needs someone to ride him. Would your daughter like to take him and ride him this winter?

Privately, my husband and I discussed the factors: electric fence installment, sufficient pasture space, large animal on the property. Within minutes (if not seconds) we agreed it was a not-to-be-missed opportunity. We told our daughter. She hit the roof.

Somehow, in all the conversation about Isaac, I got the idea that he was old, as in almost-dead old. I pictured him as a crotchety, rundown horse, slow moving and placid. So when my daughter walked him into the yard last night, I was caught off-guard. 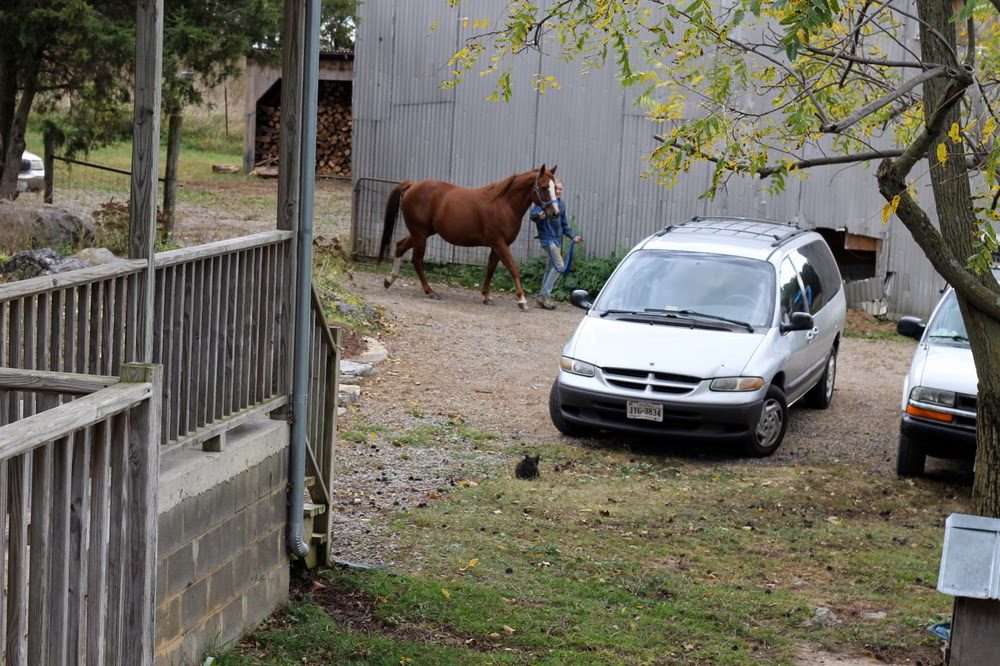 Isaac was clearly not old, run-down, or placid. He was gorgeous and enormous. When I expressed my surprise to my neighbor, she said, “Oh, no. Isaac’s not old. He’s in his prime!” 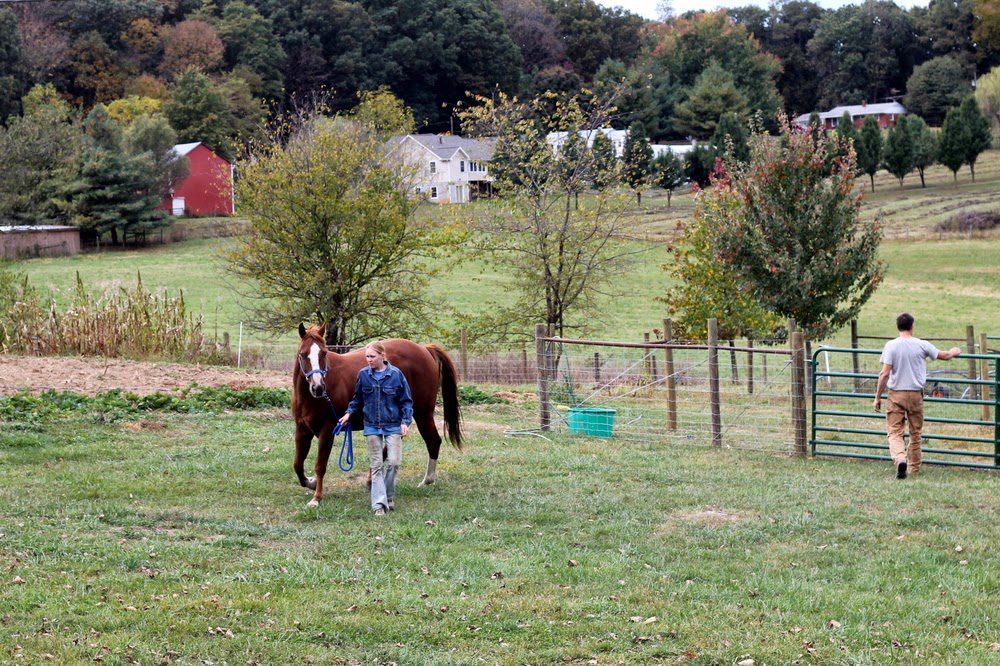 After walking him around the perimeter of the field—a home-tour, if you will—my daughter removed the halter. Isaac tore around the pasture, kicking his heels and freaking me out because it looked like he’d run straight into the fence. 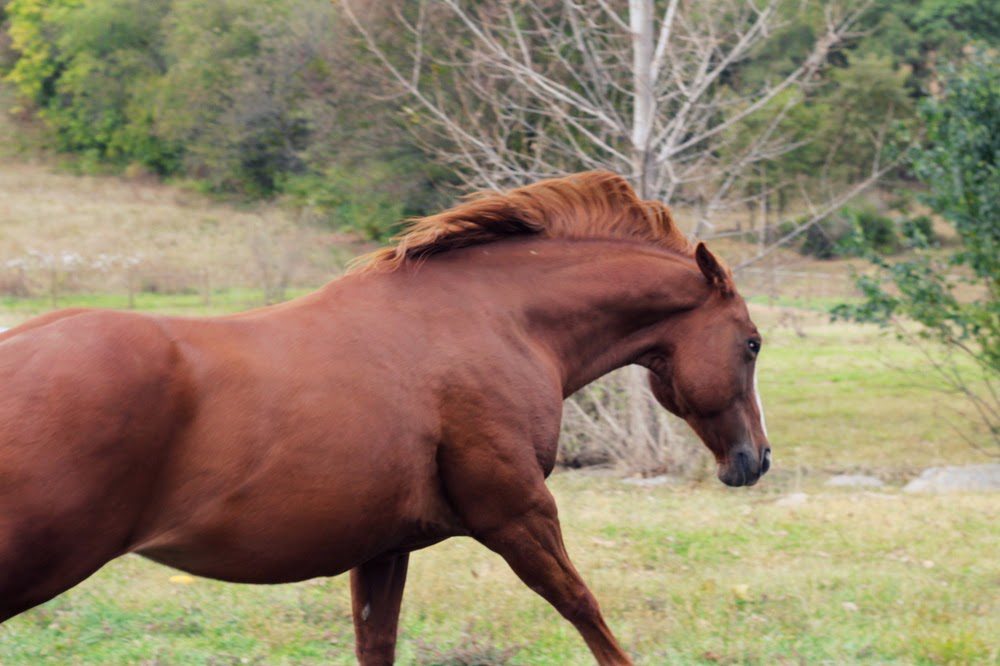 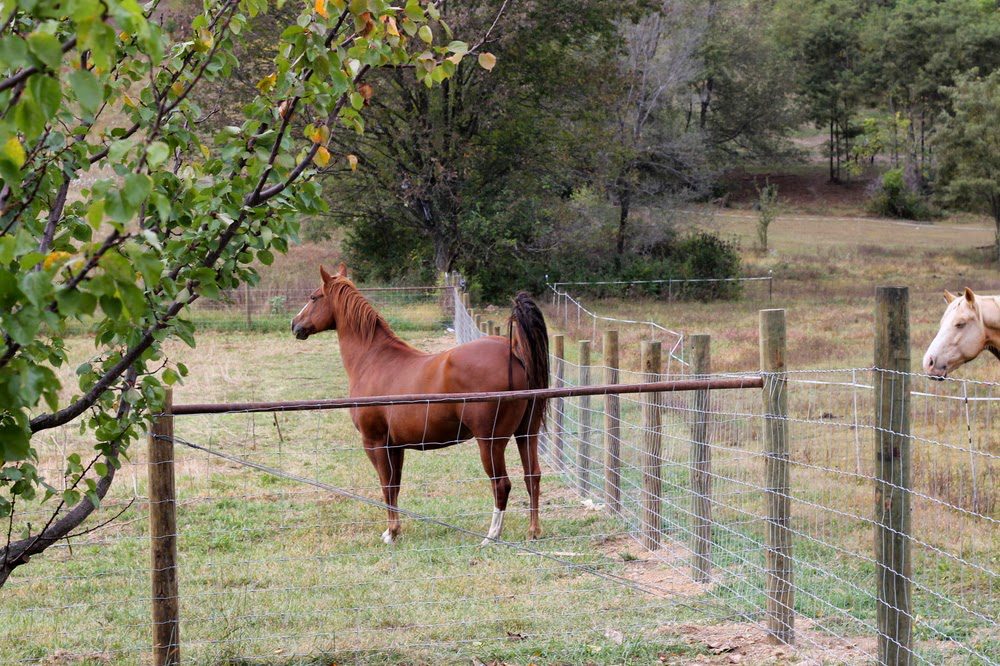 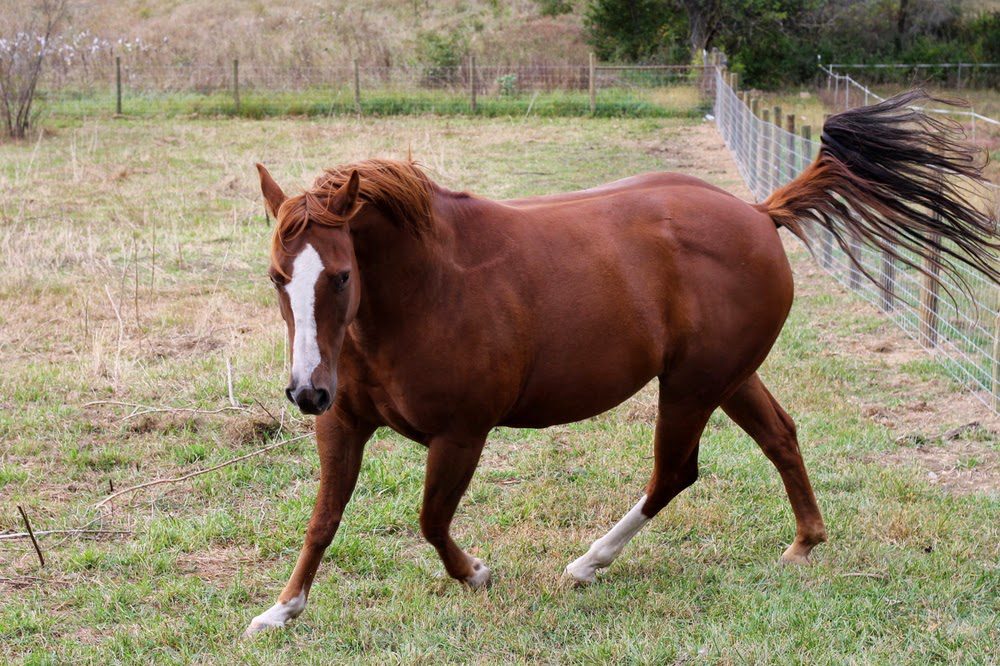 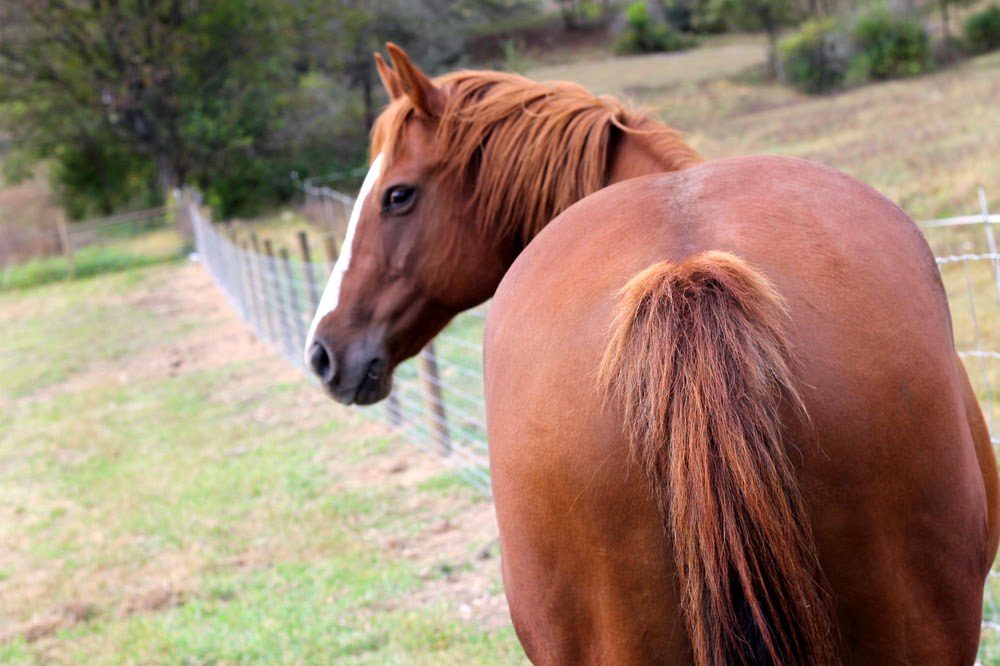 Because he belongs to the camp, they provide his feed, vet and farrier services, and tack. Our children can ride him (we’ve signed the paperwork) but not anyone else. And actually, only my older daughter has complete access to Isaac. She’ll teach the other children to ride, sure, but Isaac is her responsibility and privilege. 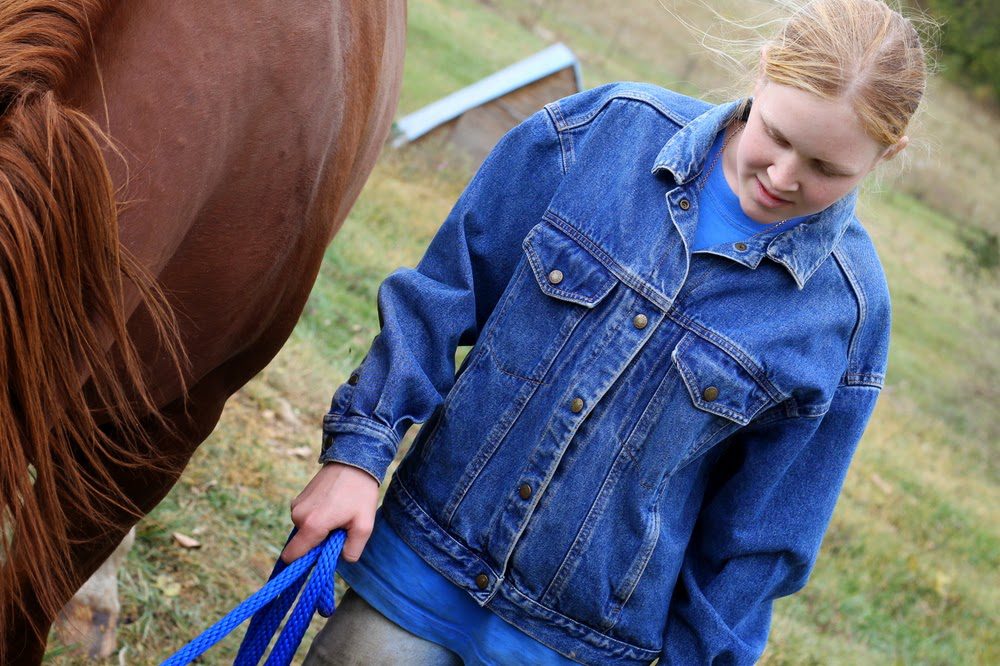 Last night before bed, I stepped out on the deck. I shone a flashlight down through the field. Isaac’s eyes glowed green. I shut the light off. He snorted and stamped. In the thick dark, the horse noises seemed quite close.

There’s a horse in our yard, people. This is weird.

This same time, years previous: home, party on, the quotidian (10.10.11). what we came up with, green soup with ginger, and happy pappy-style cornbread.