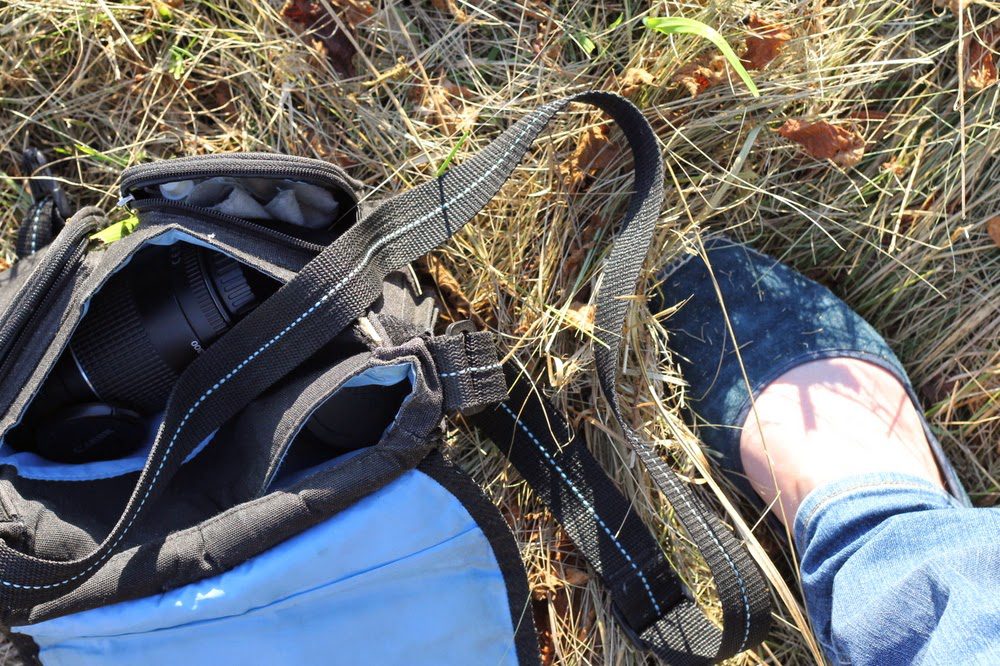 Late afternoons, my daughter often heads out for a ride. I follow, my son’s tripod in one hand, my camera bag (i.e. old cosmetic bag thingy that I lifted from my bro’s house) slung over my shoulder. I set up mid-field, facing into the setting sun. 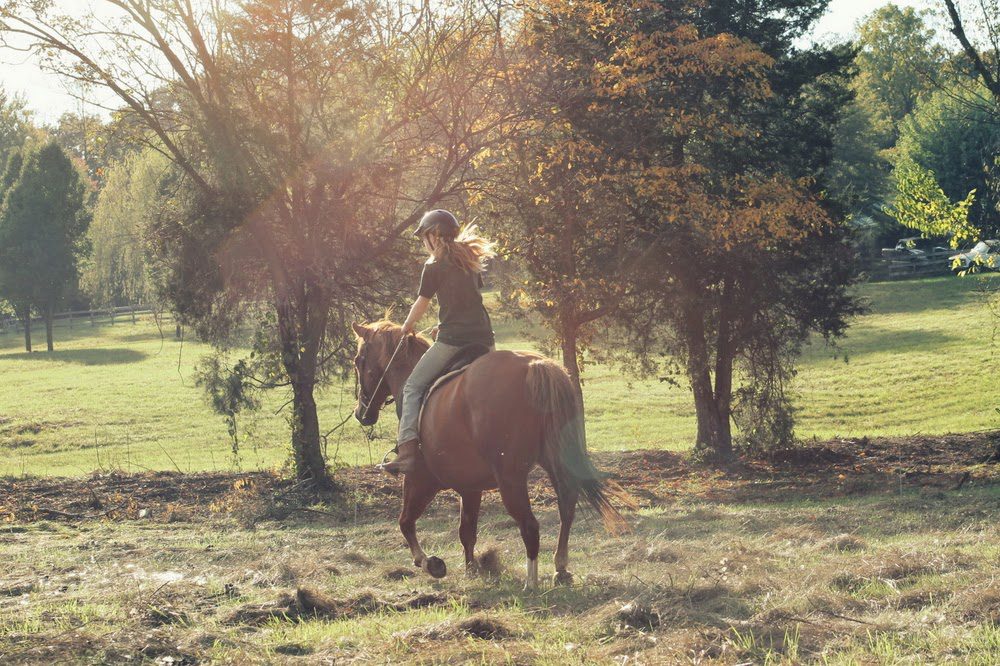 It’s quiet out there. My daughter’s voice floats across the field. She keeps up a constant chatter with Isaac, alternating between heated scoldings and enthusiastic praise. 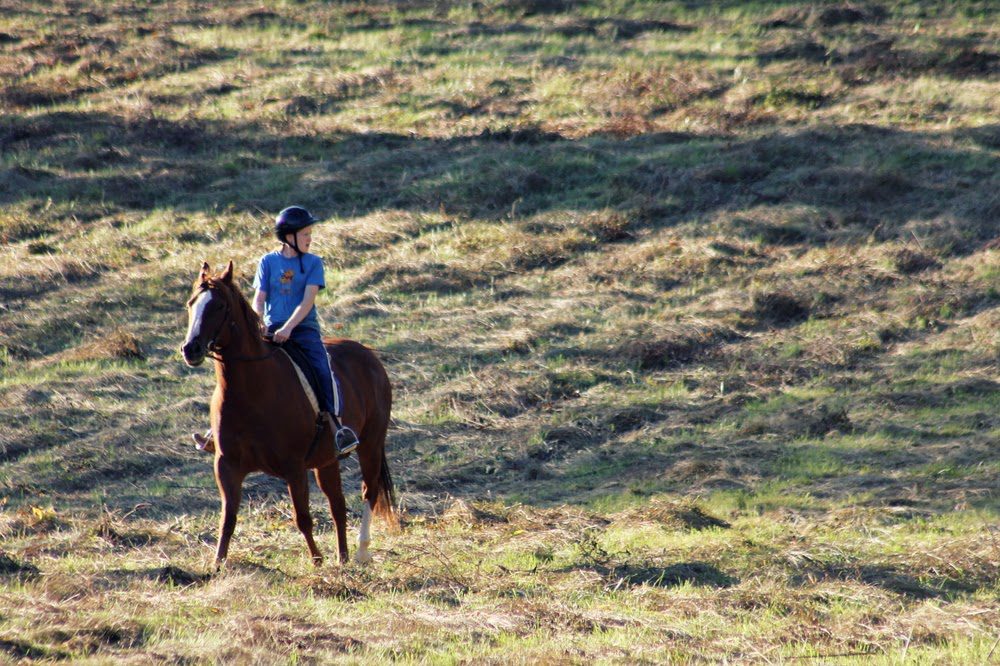 She’s constantly on the lookout for Isaac Triggers: galloping horses in the adjoining field, groundhog holes, dogs on the loose. (My husband told me that he was watching when a dog wandered into the field. My daughter was immediately off Isaac and standing by his head, holding tight to the reins…or whatever it is that you hold at the head.) She’s completely fearless and deeply cautious. It’s a sound combination. 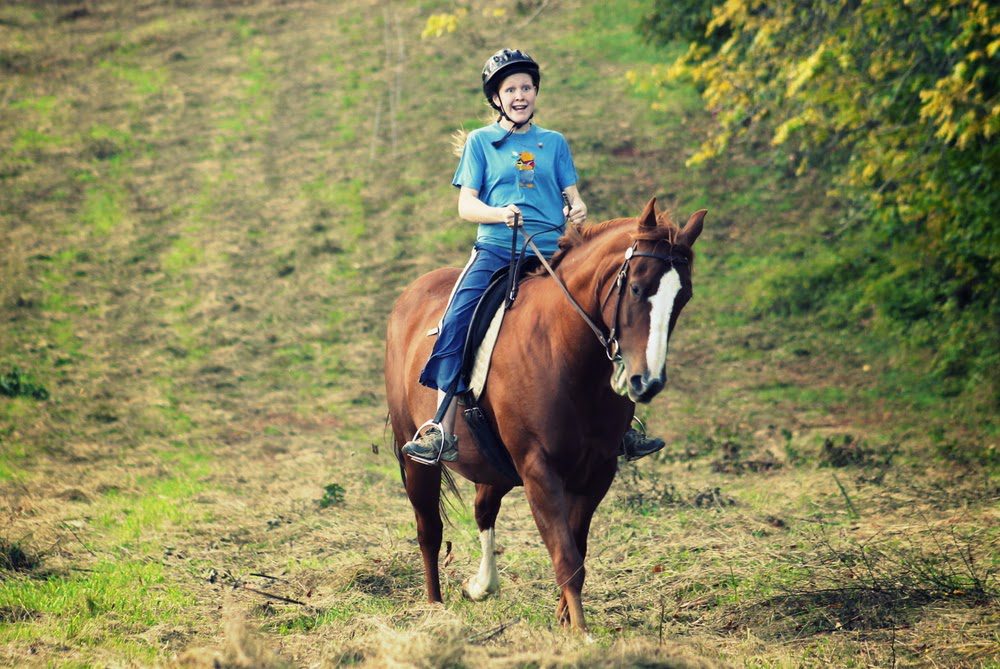 Once as she came cantering by, she was laughing hysterically. I couldn’t see anything out of the ordinary, but when she got to the bottom of the hill, she told me that Isaac was almost galloping.

If you can’t control the situation, laugh. It’s a good motto. 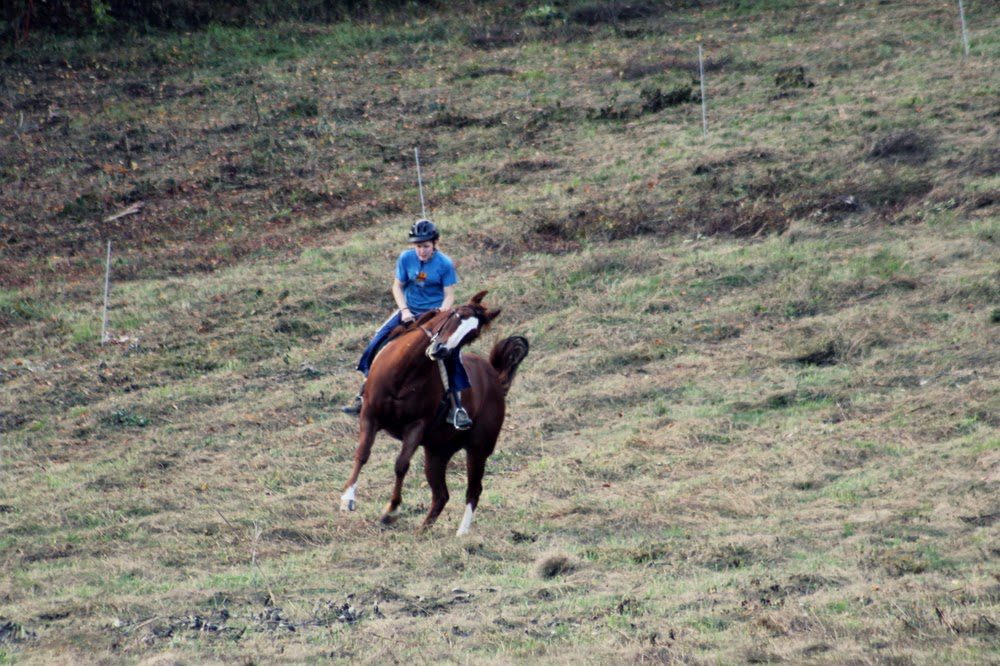 Periodically, Isaac tries to buck her off. This doesn’t frighten her. It just makes her irritated. “He’s being a jerk,” she says.

A couple days ago, I read how to handle bucking horses in Jeanette Walls’ book Half Broke Horses, information which I then shared with my daughter. You’re supposed to yank back on the reins to pull the head up—the horse has to lower his head in order to kick with his back feet—and then whack him on the rump to make him move forward.

So okay, then. Guess we got that covered. 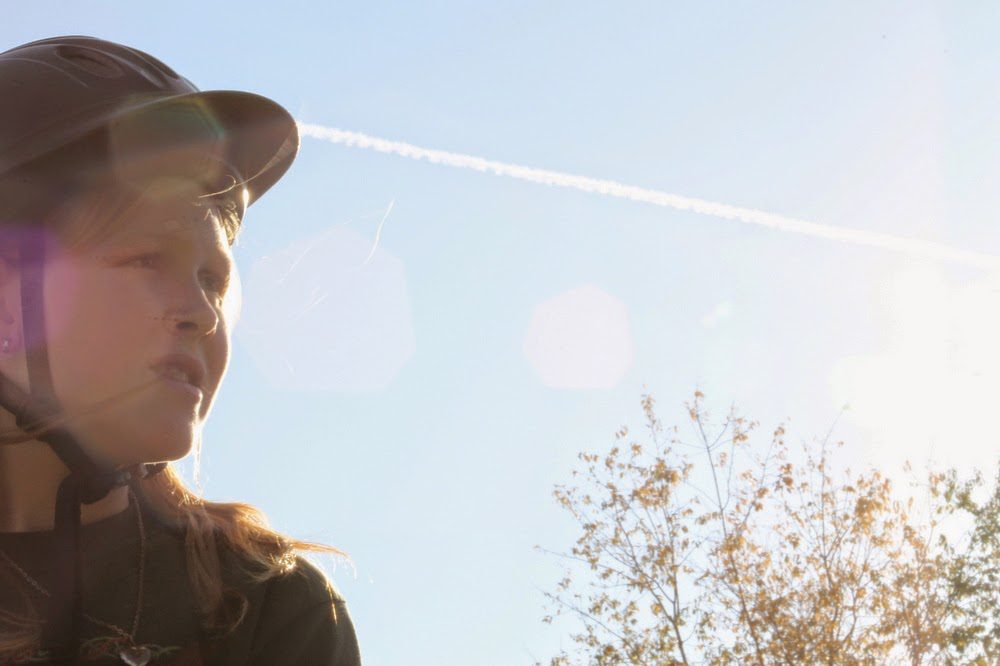 At one point, she simply sat on Isaac’s back for an extended time, just looking around. I finally called, “Are you scared?” 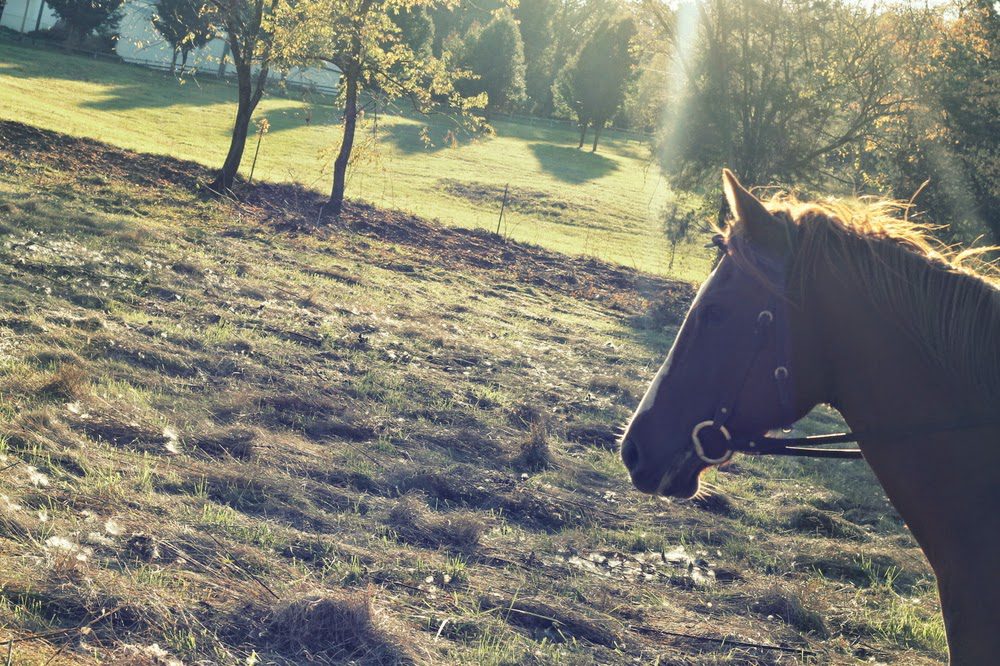 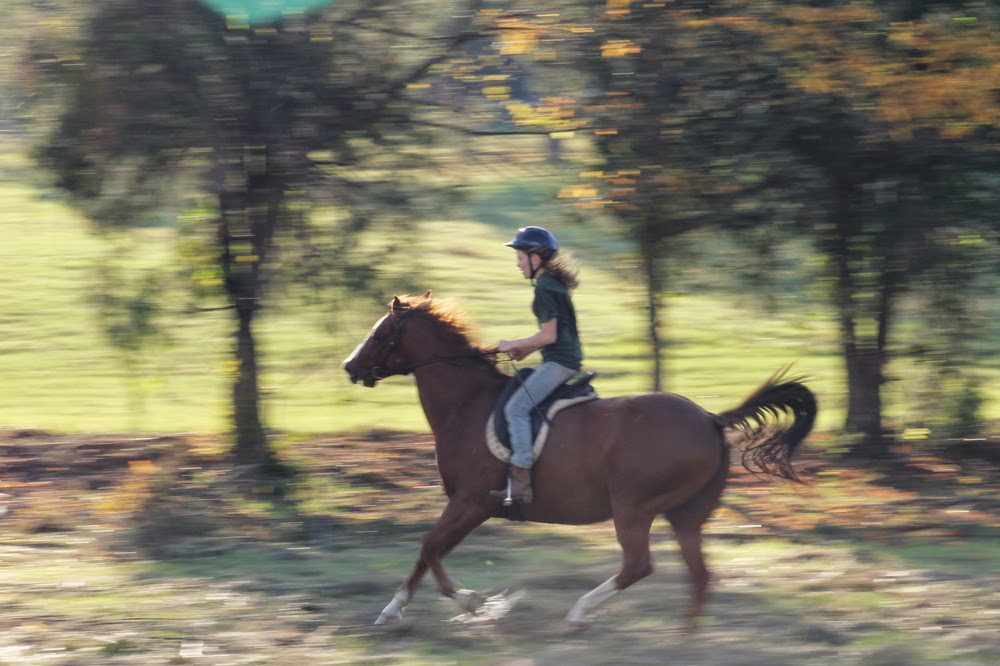 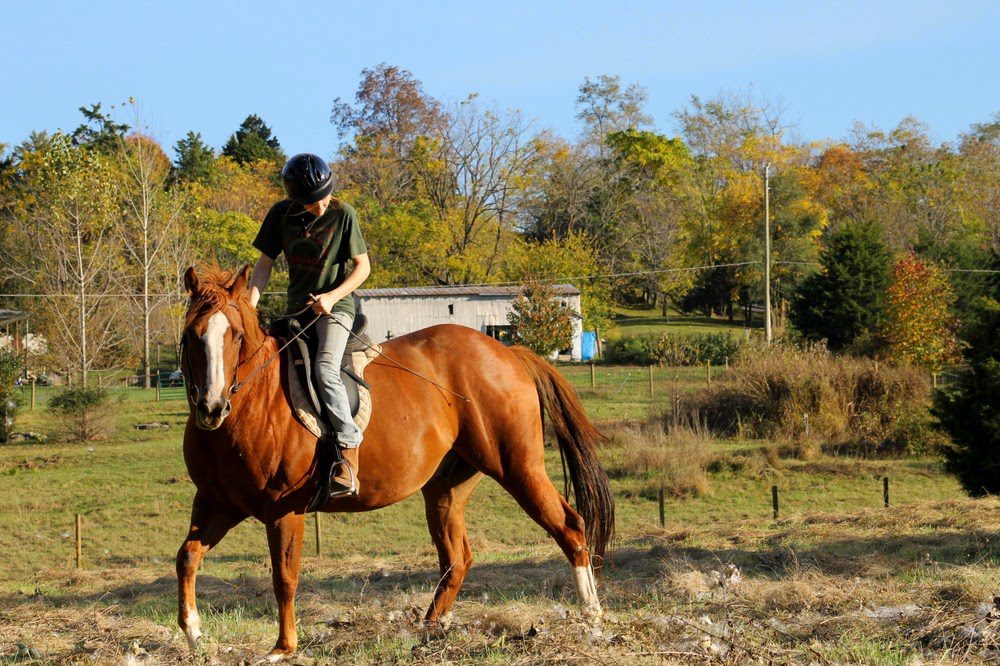 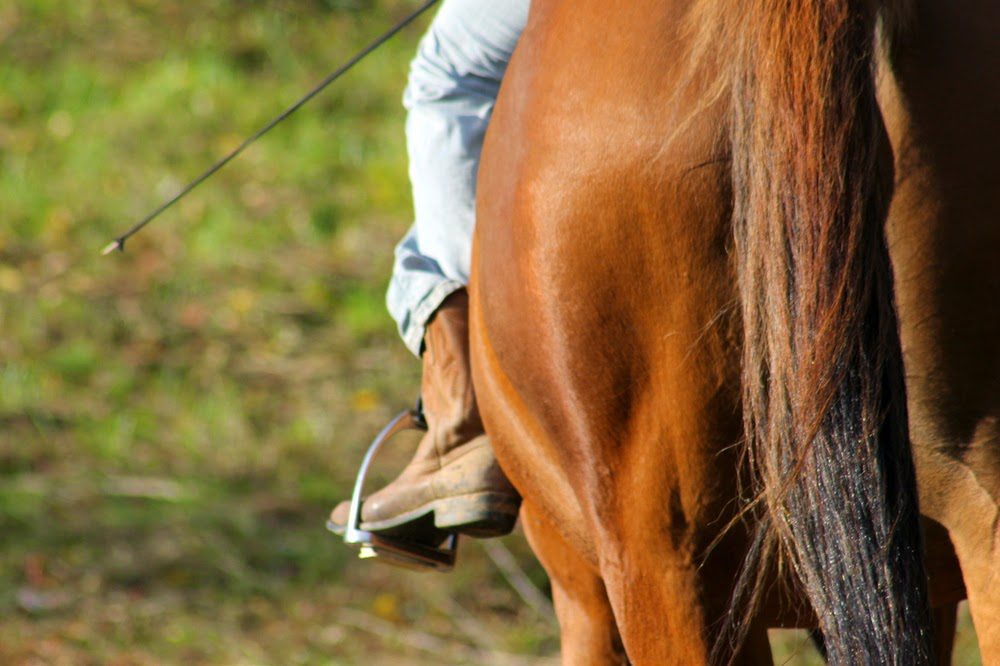 On one of her passes by me, she parked Isaac directly in front of me and launched into a horse story complete with dramatic interpretation. I didn’t hear much of what she said; I was having too much fun watching her. 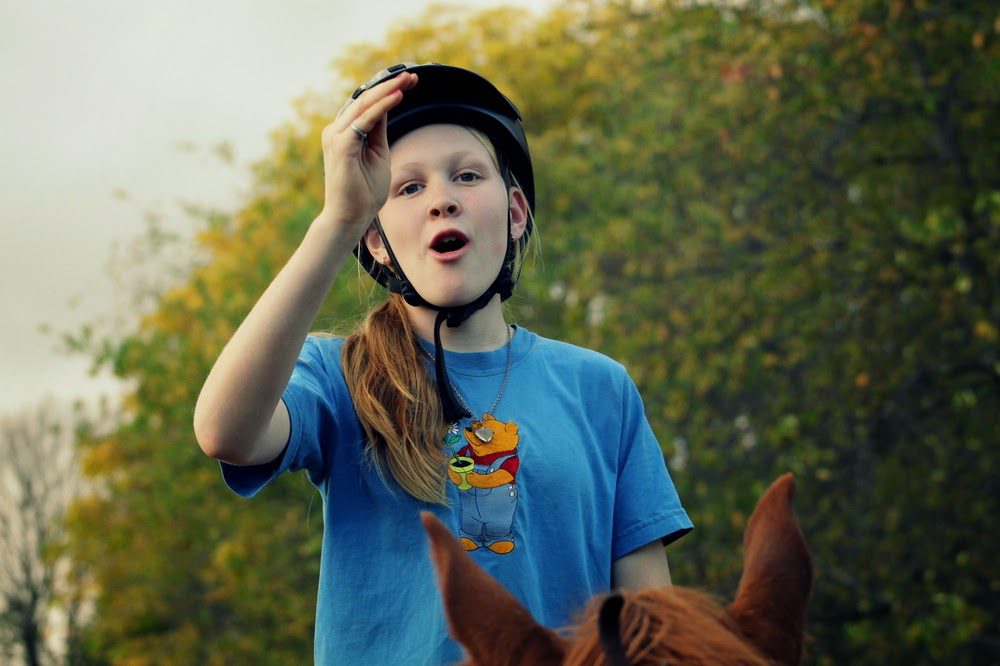 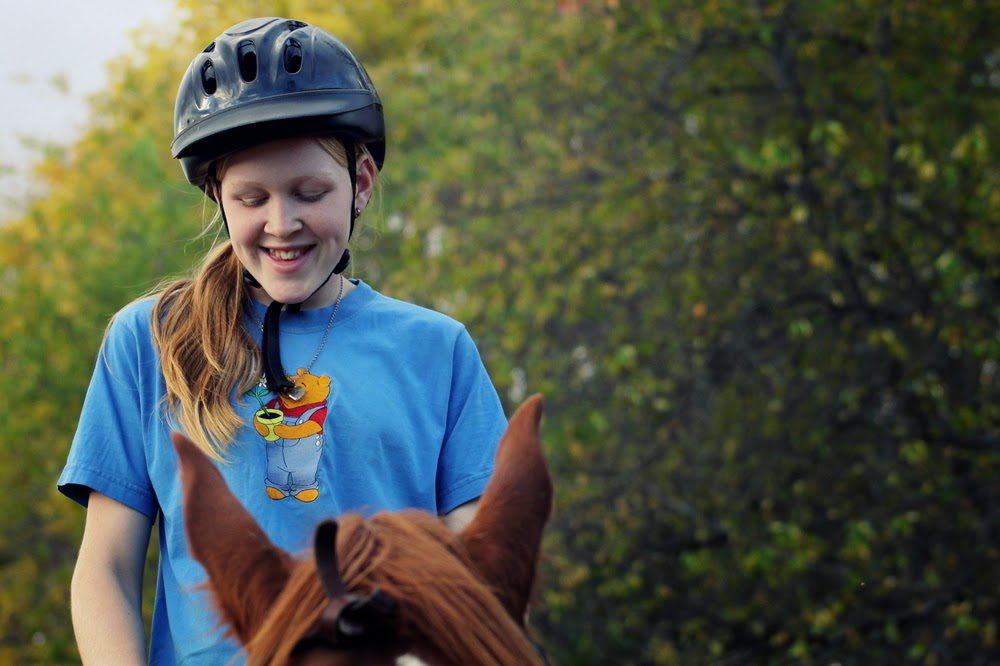 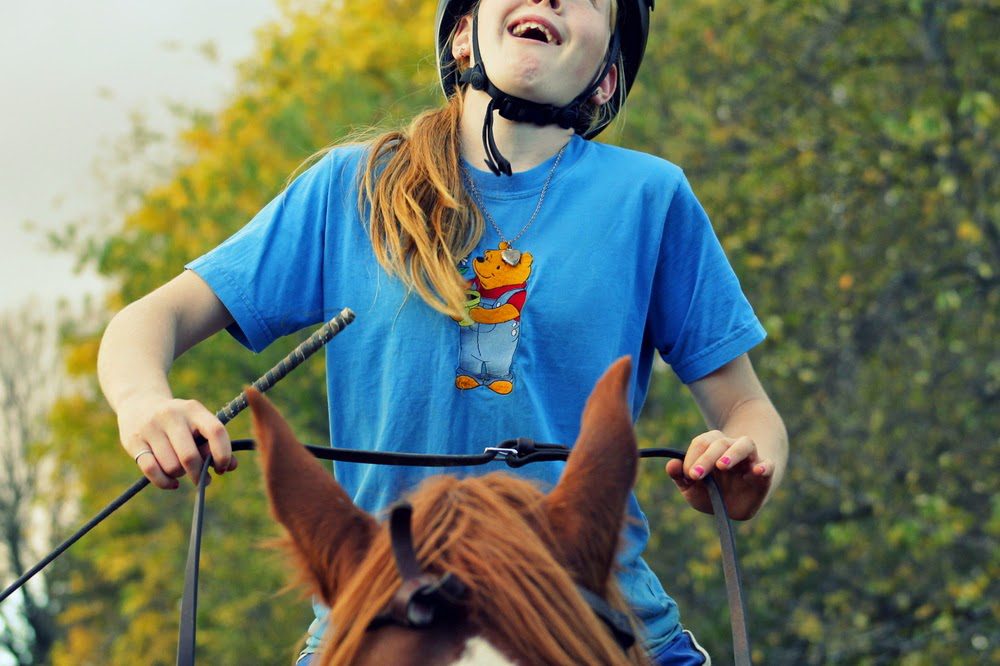 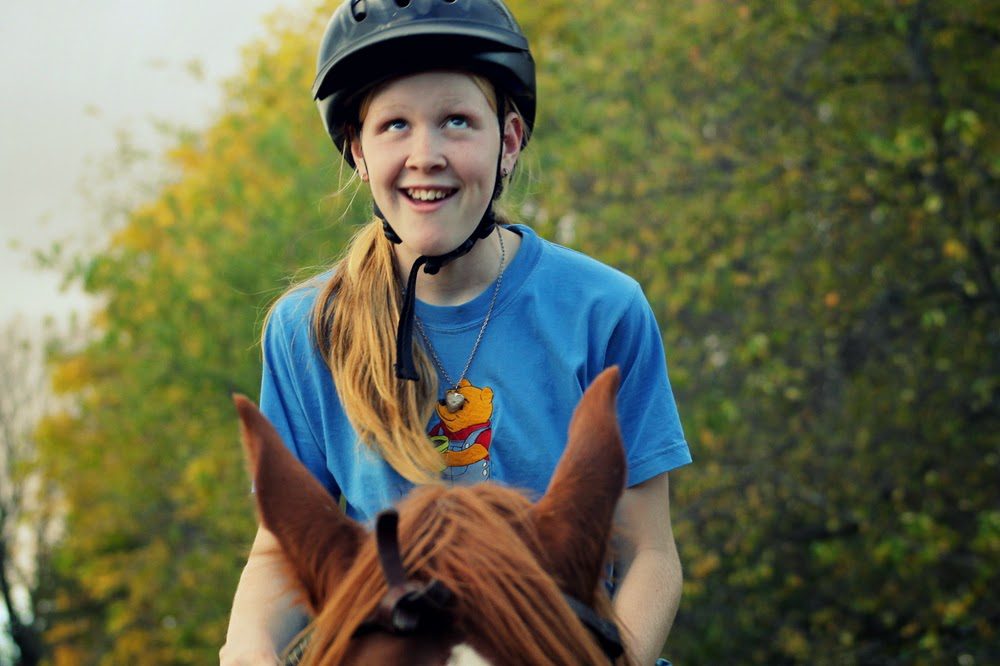 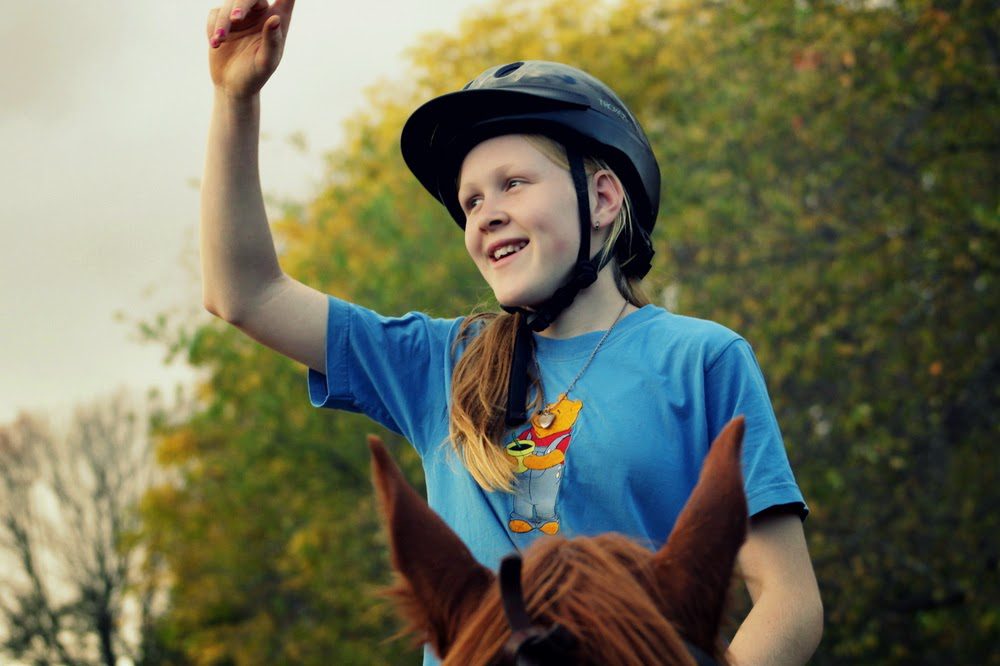 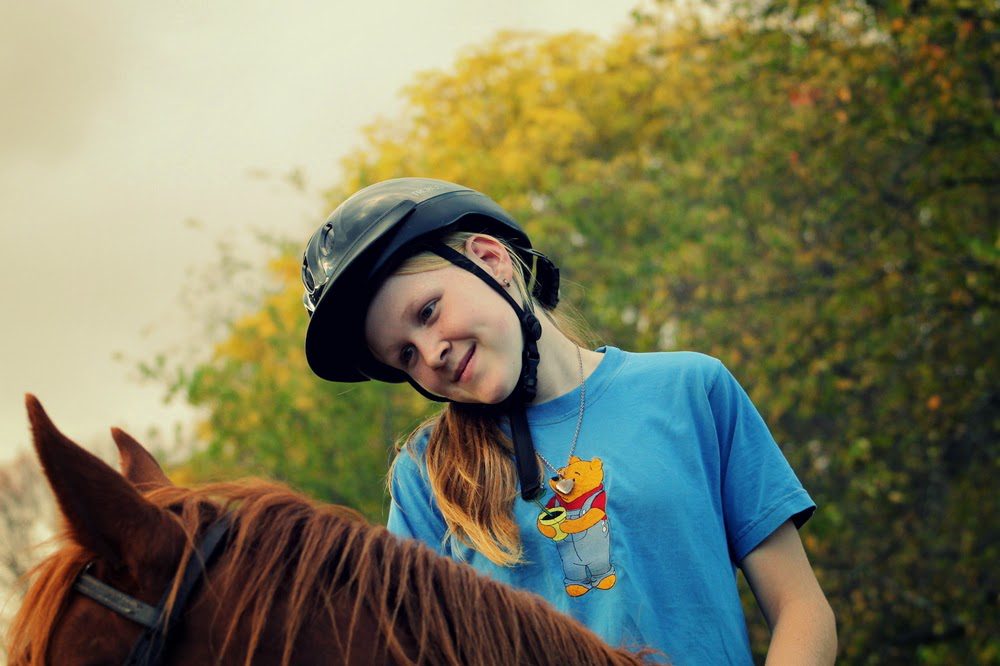 When I head back to the house, my daughter enjoys following me on Isaac. But she doesn’t just follow behind—she follows right behind. You know that my-ankles-are-vulnerable-so-kick-your-feet-forward-and-jump panicky feeling you get when you’re being followed by a too-fast, too-close shopping cart? Being followed by a horse is worse. Way worse. Especially when that horse that is frothing green at the mouth, breathing heavily, and has a giddy rider. 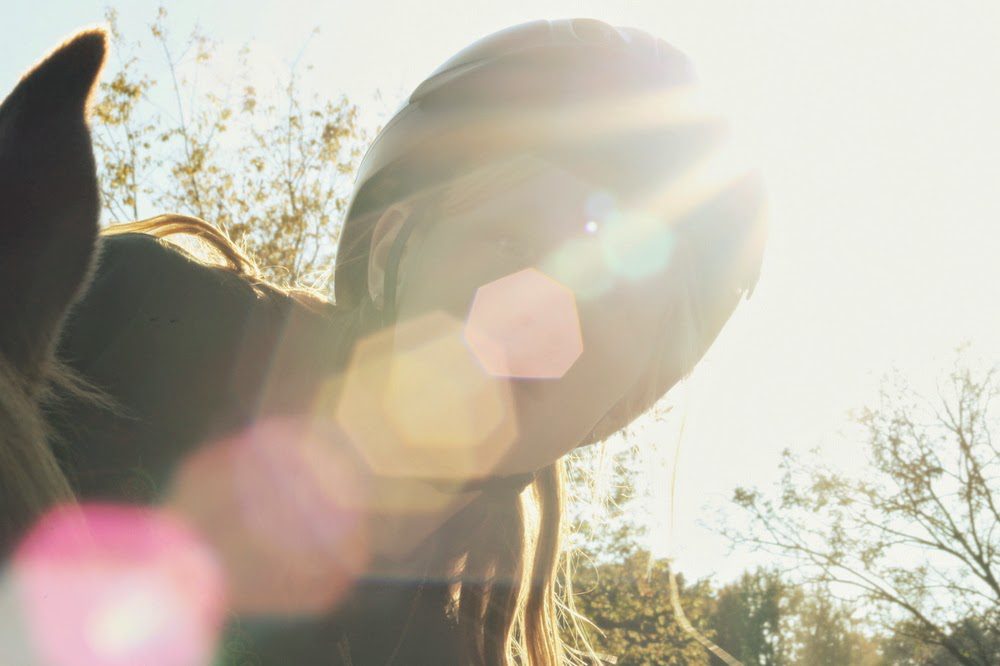