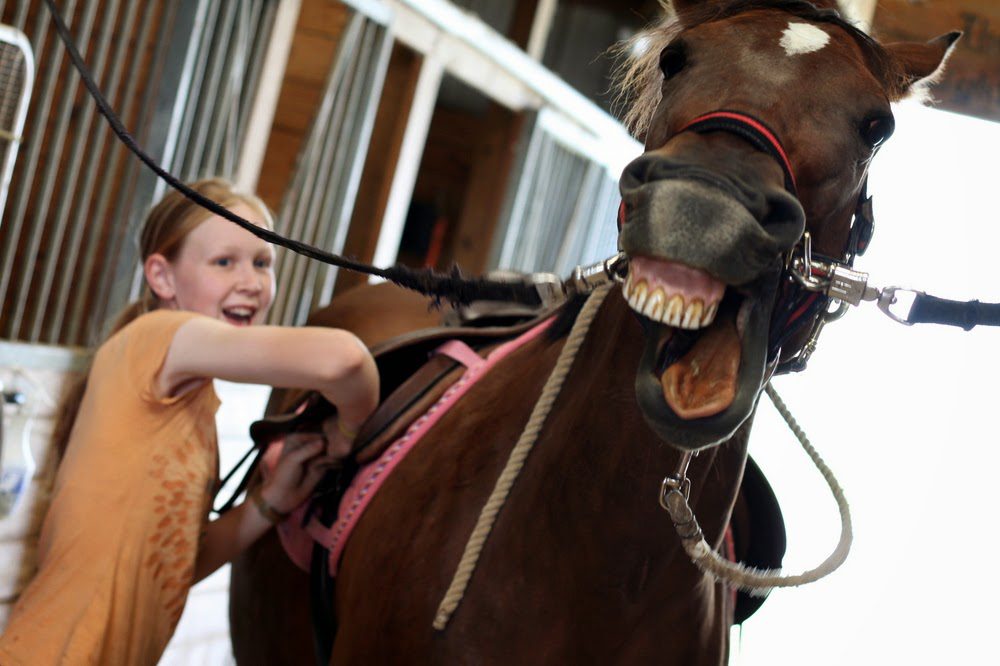 My older daughter fusses that I never come take pictures of her riding lessons.

I find it interesting that instead of asking me to come watch, she wants me to “come take pictures.” Does she equate picture-taking with focused attention? Does she think the only way I see my children is through a lens? Or maybe she thinks that photographing an activity gives it higher merit? On the other hand, maybe she’d just like to have some pictures of her sweet self on a horse? I suppose it could be as straightforward as that.

Anyway, last week (or the week before? I don’t remember) I attended her afternoon riding lesson. She was slated to jump—it’d be her second time jumping a horse. She was excited. I was curious. The horse was frisky.

The first part of the lesson consisted of her riding the horse all over the ring while the instructor called out instructions (because that’s what instructors do, duh). Problem was, I couldn’t understand what they were saying. As the lesson progressed, I started to understand the key phrases, but all the little stuff in between? No idea. It was a different language completely. 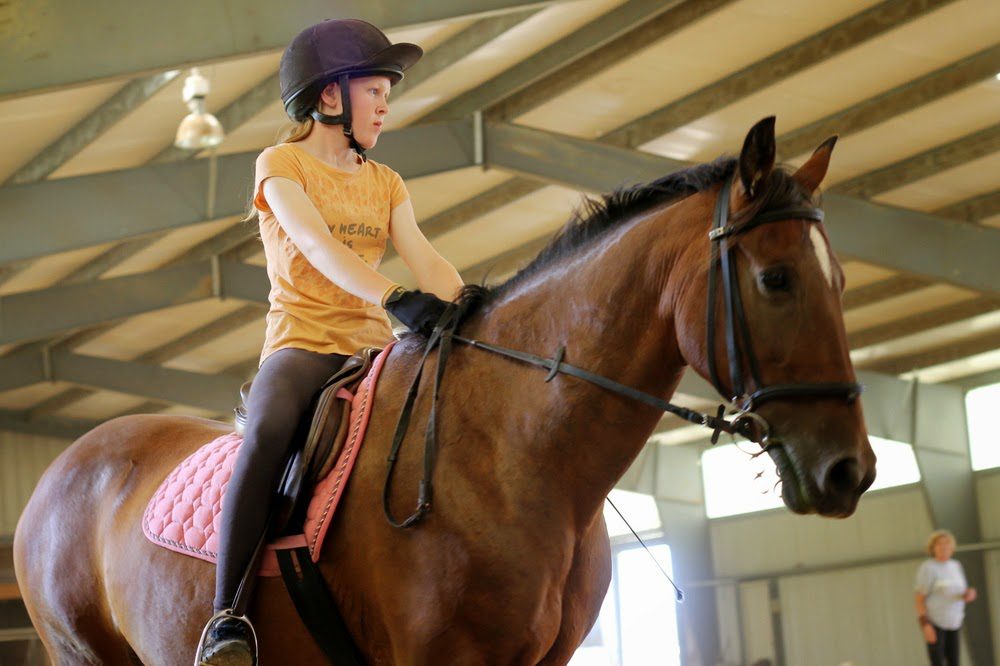 Please note: I am alarmingly oblivious as to what exactly it is that my daughter is doing. It was a month or two in to her farm work that I learned what kind of lessons she’s having (an idea in itself that is mildly bewildering because I didn’t know there are more than one kind of riding lessons). The riding lessons she’s taking are called dressage, pronounced, according to the locals here, “drah and then “sage,” as in corsage. It’s French and it’s fancy and it’s a full body-brain sport. It’s also beautiful to watch.

(As further proof of my slowness, it wasn’t until last week at the barn when I heard her say, So and so started taking lessons here because she wanted to learn “leg yield” that it finally clicked: Oh! The horses are taught to YIELD to your LEG. There is rein work, too, yes—when she first started she got blisters between her fingers—but the legs are doing the driving. How cool is that?) 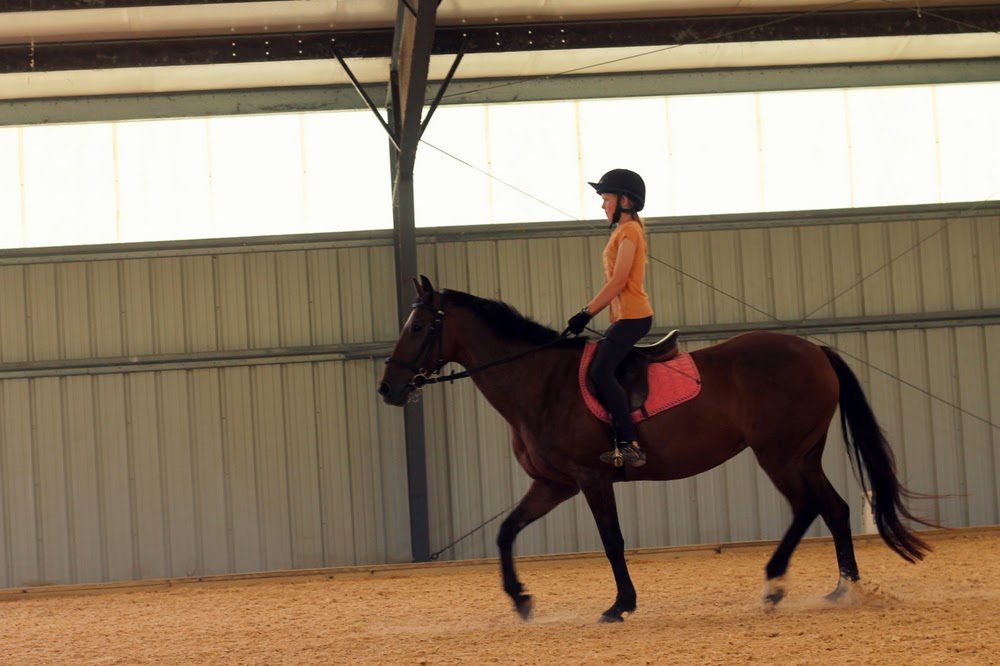 Back to the lesson. The instructor told her to take the horse to a trot, though not in those word, of course. The horse sped up and suddenly my daughter started rising up in the saddle and settling back down every two beats. It was so unexpected that I actually gave a start. It was like dancing, graceful and precise. (I’ve since done some research. It’s called posting on the diagonal. I think.) 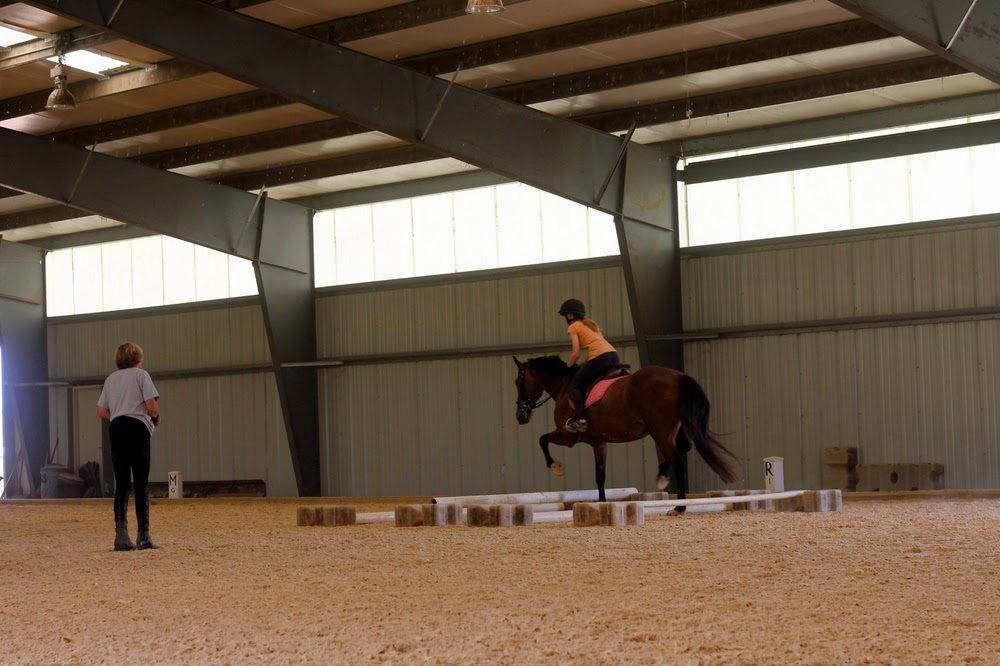 Walking the horse over the bars.
For the jumping part, they raised them a couple feet at one end.

And then there was the jumping. This was only the second time my daughter had ridden this particular horse, which happened to be a strong-willed, feisty, and alarmingly large animal. Much time was spent getting the horse to walk in tight circles, stop and start, slow, walk over the bars, etc. Finally, at just the right moment, the instructor gave the green light. Up and over went the horse. The workers applauded and cheered. The instructor came over to make sure we understood the full magnitude of that jump. I didn’t, of course, but I appreciated that everyone else did.

And then the lesson was over. 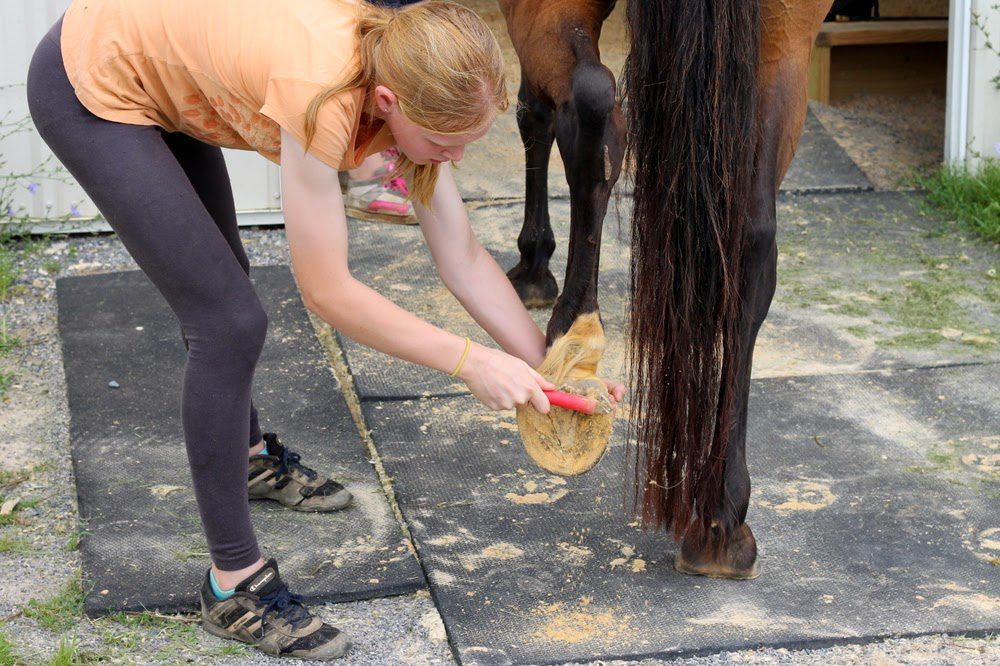 Getting her head as close to the powerful hind feet as possible.
I took a picture and then dedicated all my energy to not thinking too hard.