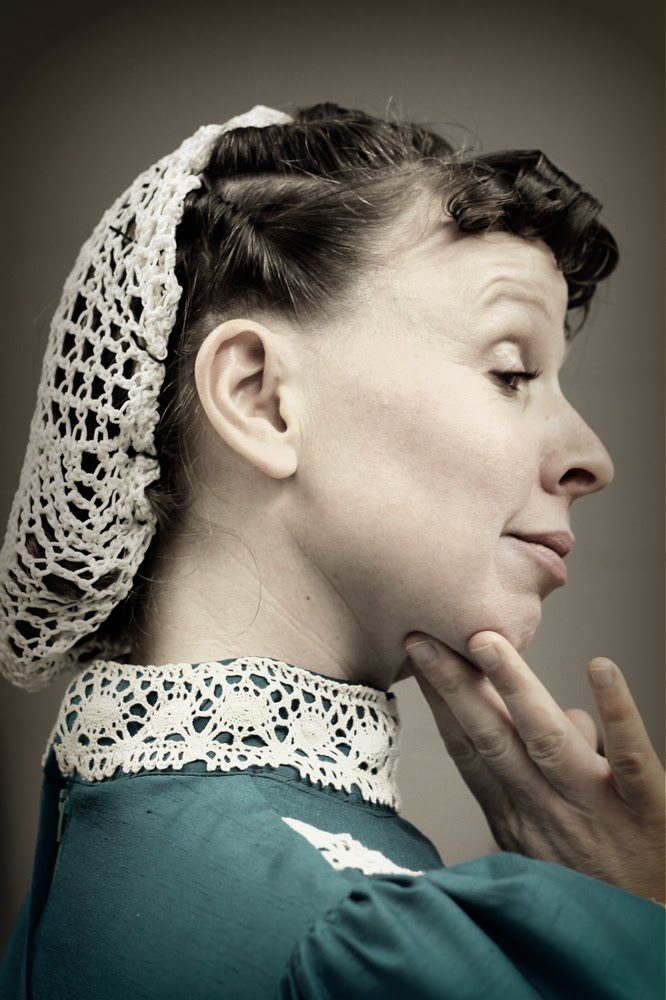 Last weekend I was in a play. It was a small affair—it ran just two nights—about Elder John Kline who was assassinated in these here parts back in 1864. I played Orra Langhorne (what were her parents thinking, naming her Orra?!). I had two monologues, and that was that.

Confession: I wasn’t too keen on doing monologues. Dialogue is fun and monologues are rather lonely affairs. But I decided that I might as well tackle the evil monologue because it’s good to have a handle on these things. You never know when they’ll come in handy, right? Besides, I’ve been wanting to learn more about theater and the director would be working with me one-on-one, so it’d kind of be like a tutoring workshop/class. Which is what it was, so that was nice. Says Pollyanna.

Anyway. Friday night’s show went down smooth as cream. Saturday’s show, not so much.

For my role, I dressed English (as opposed to plain Mennonite/Brethren) in a blue gown and hoop skirt. My bangs got ringletted and the rest of my (short) hair got twisted back, pinned to the breaking point, sprayed to death with liquid concrete, and covered with a knitted snood. I looked like a cross between Miss O’Brian and Louisa May Alcott.

So Saturday night, I walked out on stage to say my piece. The lights went up and I started talking. A few sentences in and I was suddenly struck with the awful realization that my snood was slipping. It’d gone all loose on the right side and the left side was pinching something fierce, probably because the whole thing was hanging from just a few pins.

I couldn’t touch my snood because my hands were full of pencil and notebook. Besides, there’d be nothing I could do about it if it was dangling. So I angled my head this way and that, trying to catch a glimpse of my shadow. Then it occurred to me that I’d soon have to stand up and turn, making the slipping snood completely visible to the audience. Should I not turn? Should I just halfway angle myself? Oh dear.

The whole time this was going on, I was talking talking talking…about conveyance of property and hanks of blue thread and the lives of Union men being in danger. Or at least that’s what I think I was saying. For all I know, I was telling a tale about Scooby Doo bouncing a soccer ball over the moon.

Really, it was the oddest thing. I could see my running commentary, complete with words and punctuation, scrolling across the right side of my brain. And the left side of my brain was carrying the script. I couldn’t—or wouldn’t?—shut off my internal chatter. It was as though in the absence of fellow cast members to push against, I was upping the ante to keep myself engaged. 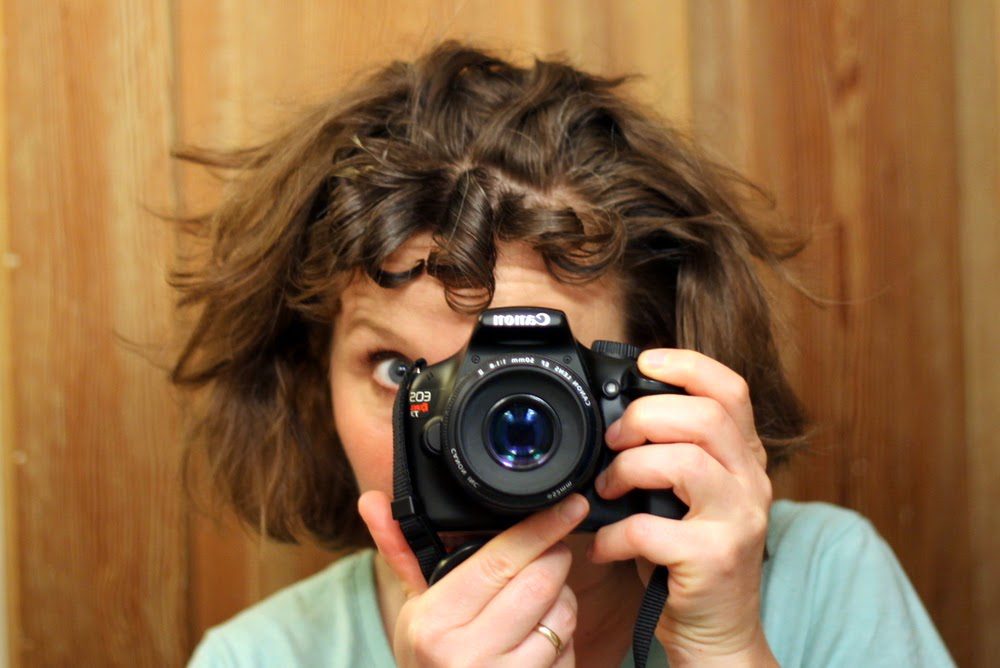 I have no idea if signs of my internal battle were visible to the audience. But I do know that I must do better at controlling my mind. When I’m not present in the moment, all the joy goes out of acting. Which kinda defeats the whole purpose, me thinks.

Next show’s in August: Kiss the Moon, Kiss the Sun. I’m the doctor. Bonus: no monologues, no slipping snoods.

PS. Turns out, my snood was not slipping. My mic was taped extra tight which created a pulling sensation.

This same time, years previous: magic custard cake, a dare, cold-brewed iced tea and coffee, and how to freeze spinach.