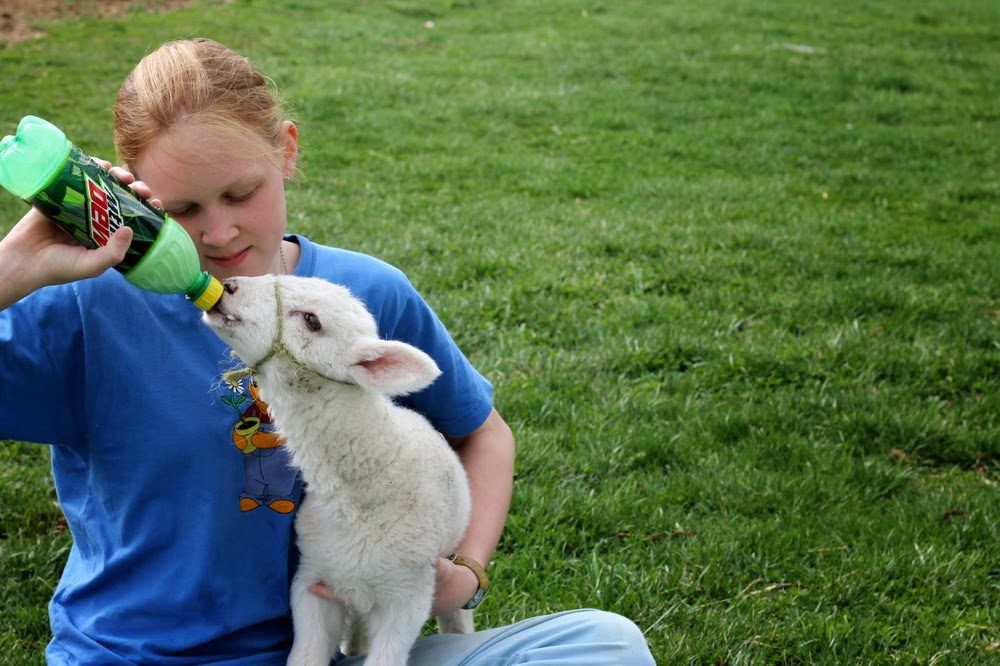 This lamb is from West Virginia. He has a history and he’s healthy: two important things Oreo was missing. Omri (my daughter named him—can you guess what books we’ve been listening to in the car?) is a twin. His mother rejected him. He’s about 18 days old.

The first night, Omri slept in the big box in the downstairs room. He woke me at 3 am with his (very loud) bleating. I fed him and ordered him back to bed. And the next morning I informed my daughter that he would not, under any condition, be sleeping in the house ever again. Period. 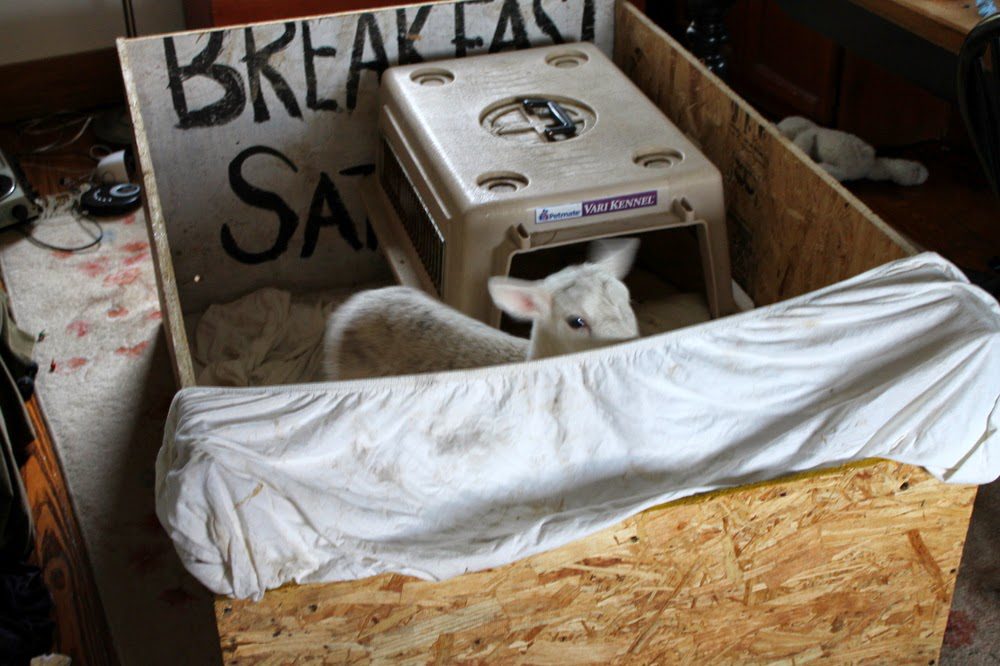 Housing Omri has been a bit of an experiment. At first we put him in the chicken tractor, then in with the dogs, and then in with the chickens. Omri was too big for the tractor, the dog pen has no grass for grazing, and the chickens pasture, while fine, was too far from the house to suit Omri. Every time we left him out there, he’s get lonely and cry his head off. So my daughter built him a makeshift pen off the dog kennel. That works for now, but we don’t want farm animals close to the house, so more adjustments need to be made. During the night, he’s been sleeping in the box which has been moved back out to the barn. 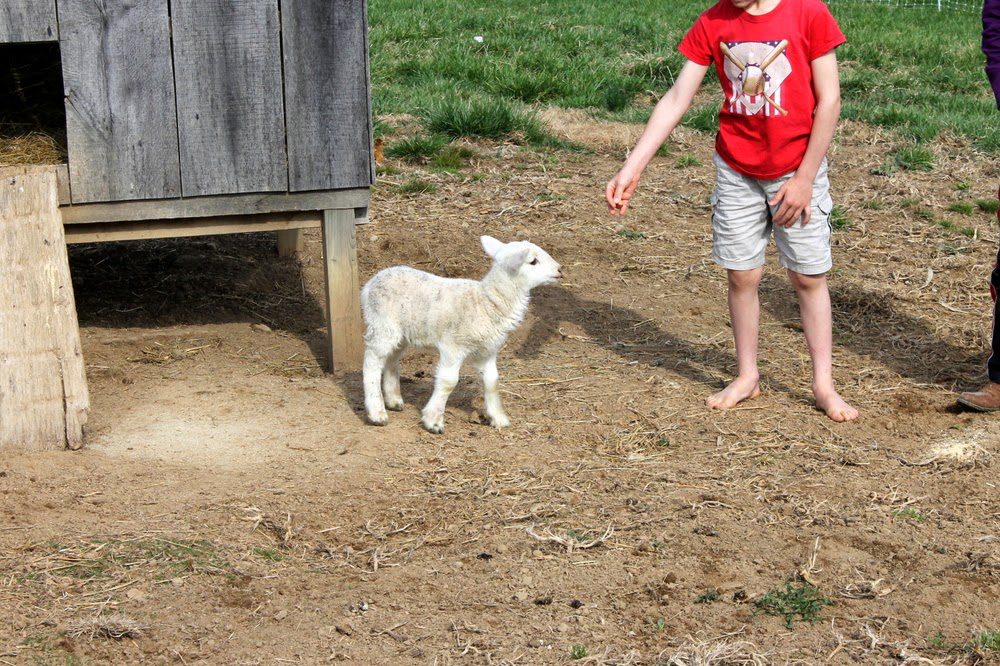 Whenever my daughter is outside (I have trouble keeping her in the house), she lets Omri out of his pen and then races around the yard with him and the dogs. If he goes too far, Francie heads him off until she can catch up. But normally Omri doesn’t wander. He follows my daughter around like a third puppy, licking her face, nibbling her chin, his (in-the-process-of-being-docked) tail wagging frantically. 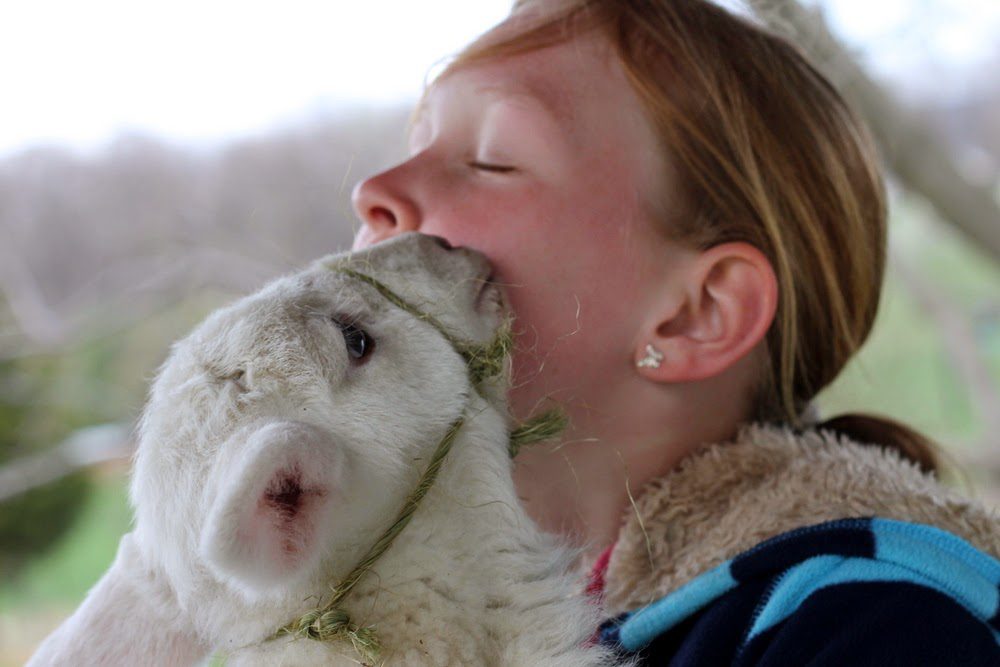 Since Omri is a male, a castration is in the future. Our neighbor will do it for us. (His wife said that when the “what is your gift?” question was raised in their Sunday school class, he answered, “castrations,” so I think Omri will be in good hands.) They say that a wether sheep is the best kind of pet. 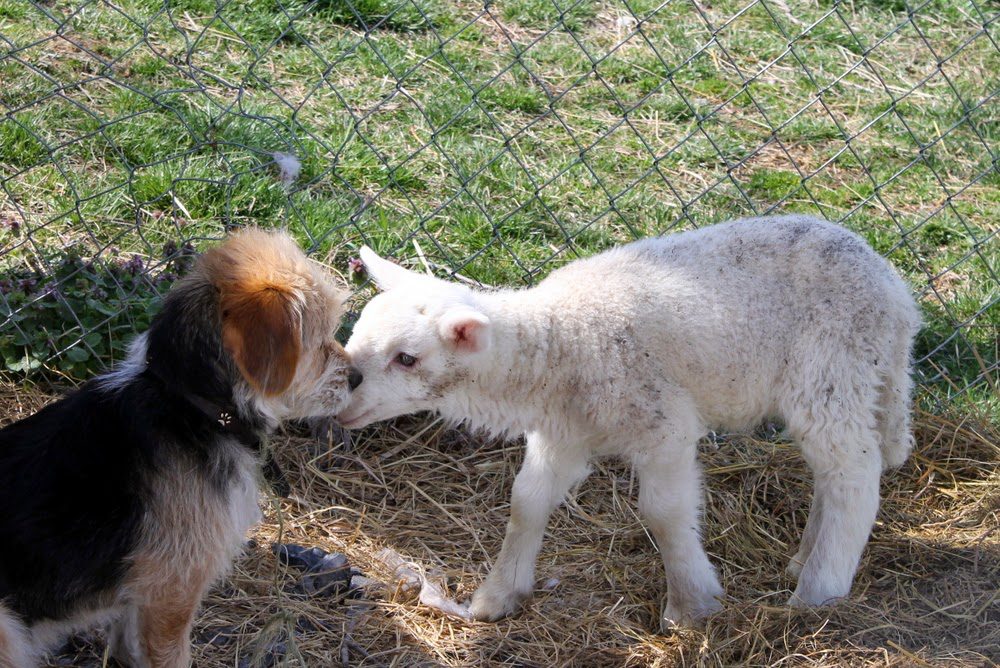 Though nobody made any promises about a pet. We’re not actually sure where our daughter’s sheep project is heading. Will she sell them for meat? Will we keep them for grazing and wool-making (in other words, pets)? Right now it’s all about learning, having fun, and taking care of an “orphan.” 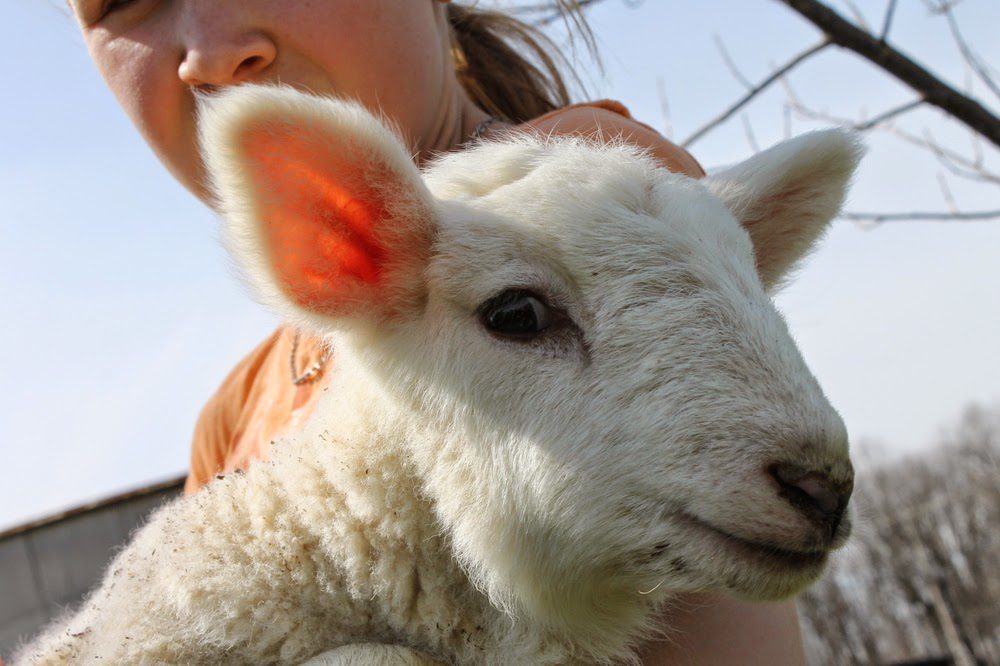 This same time, years previous: fun and fiasco, chapter two, the quotidian (4.16.12), banana cake with creamy peanut butter frosting, and in their genes.