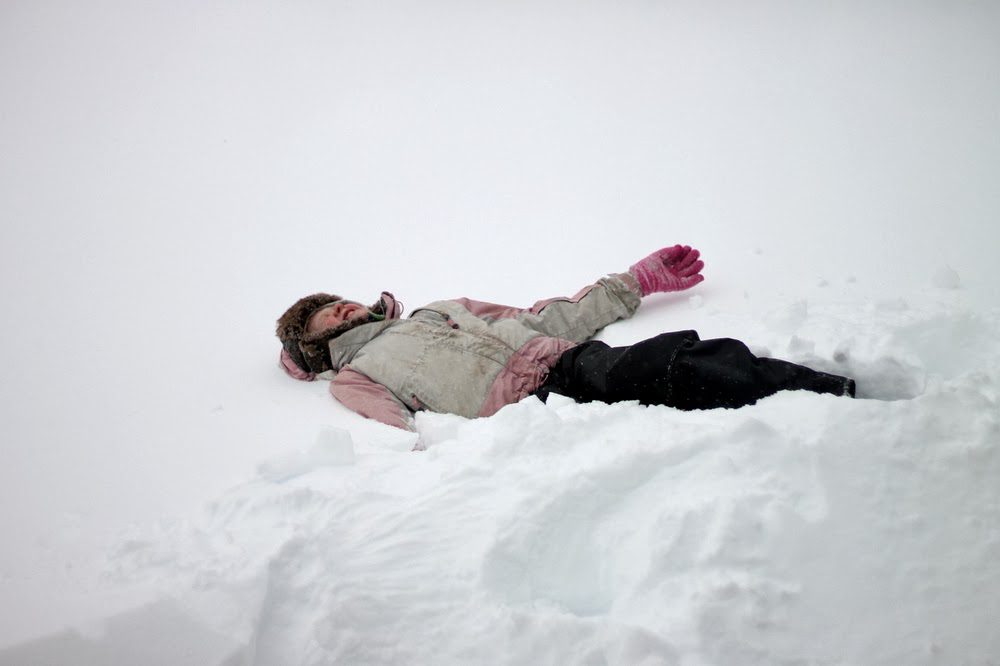 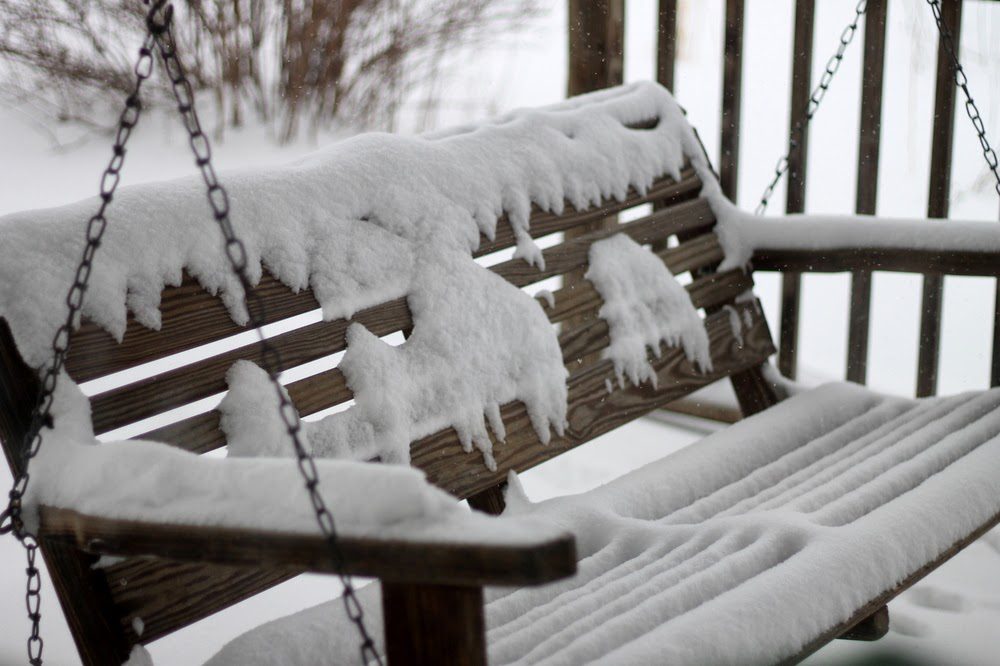 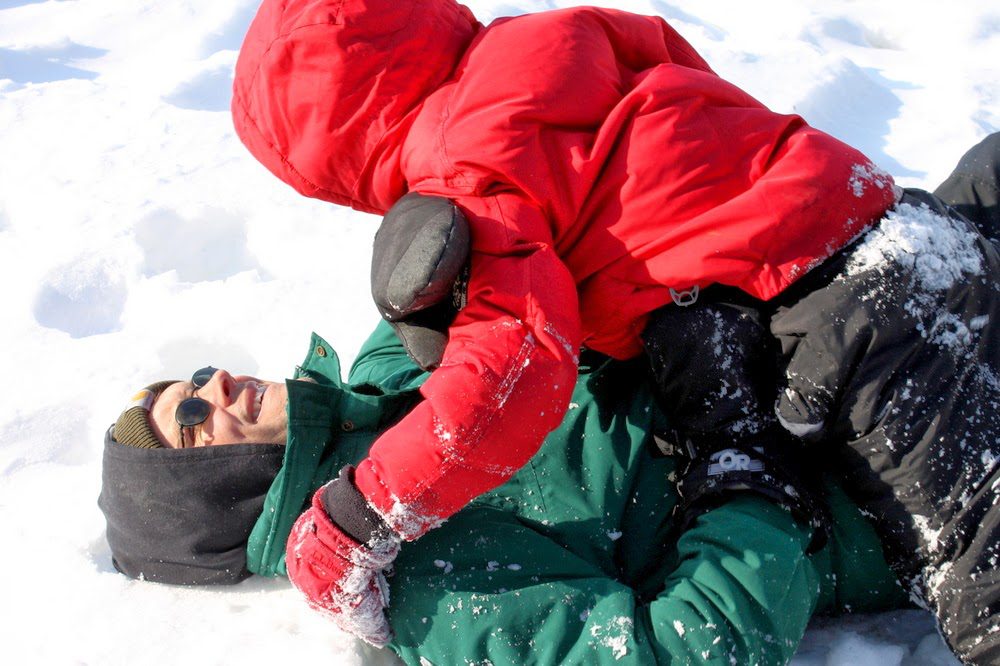 Yet another wrestling match. 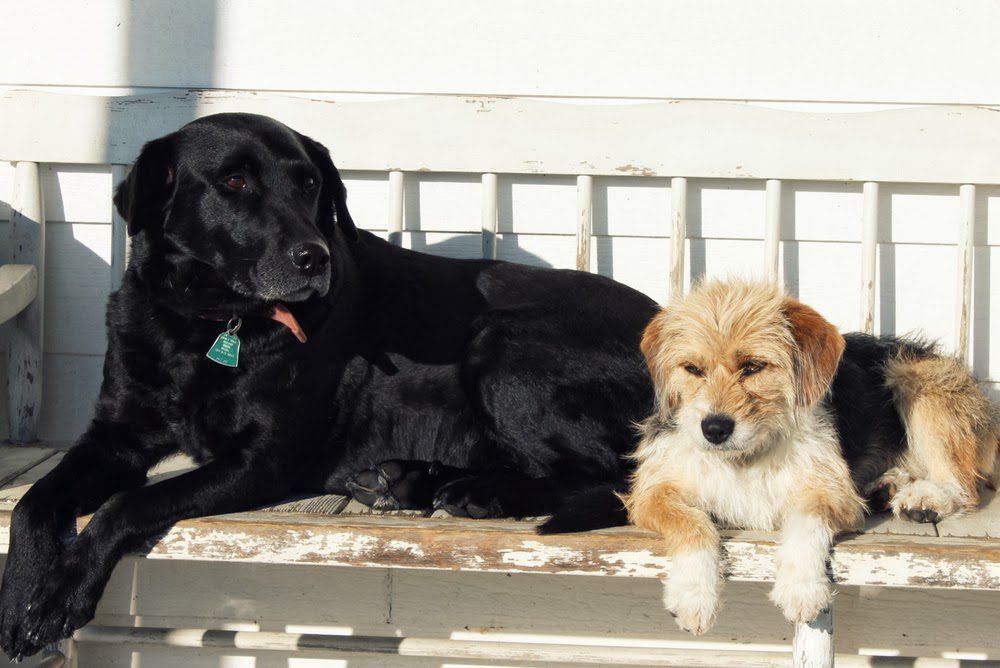 Soaking up the rays. 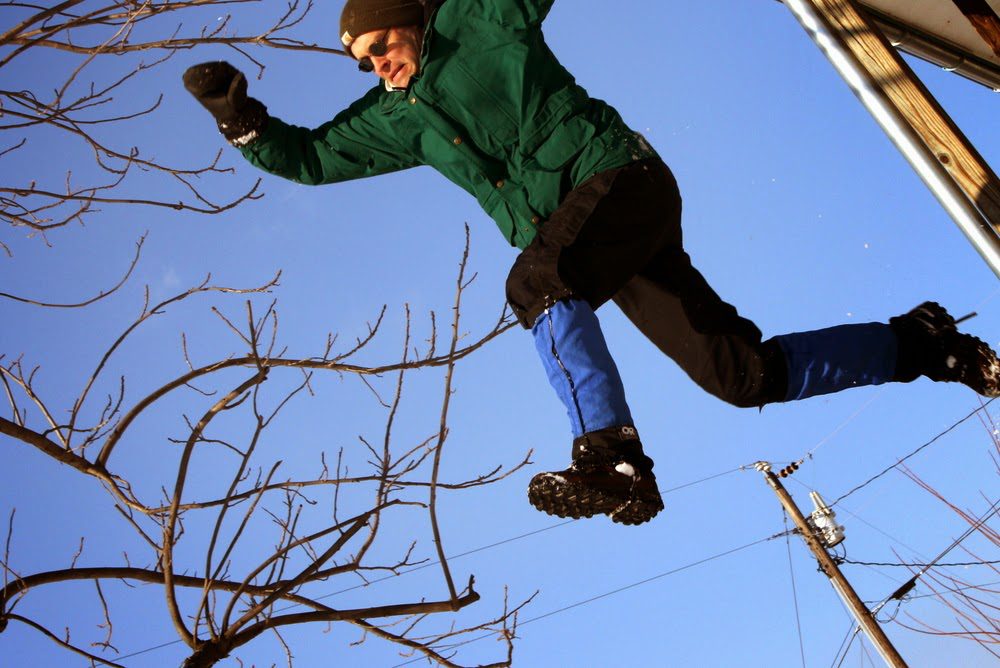 Wishing for wings.
(The man has a thing for jumping into snow.
When he was in college,
dozens of guys jumped out of their first, second,
and third story dorm windows into the giant drifts.
You can probably guess who the instigator was.) 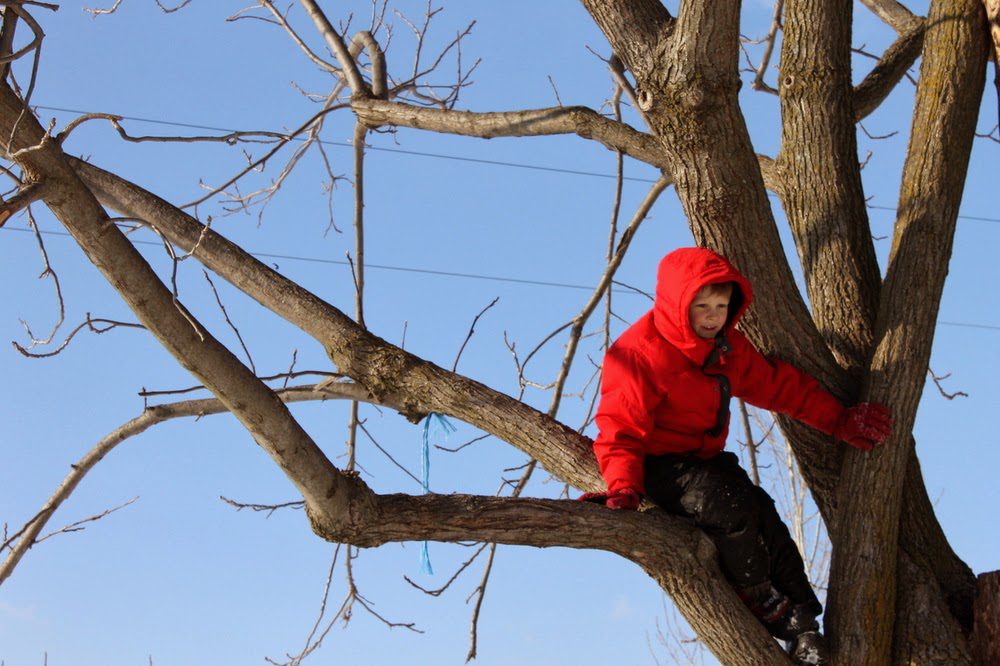 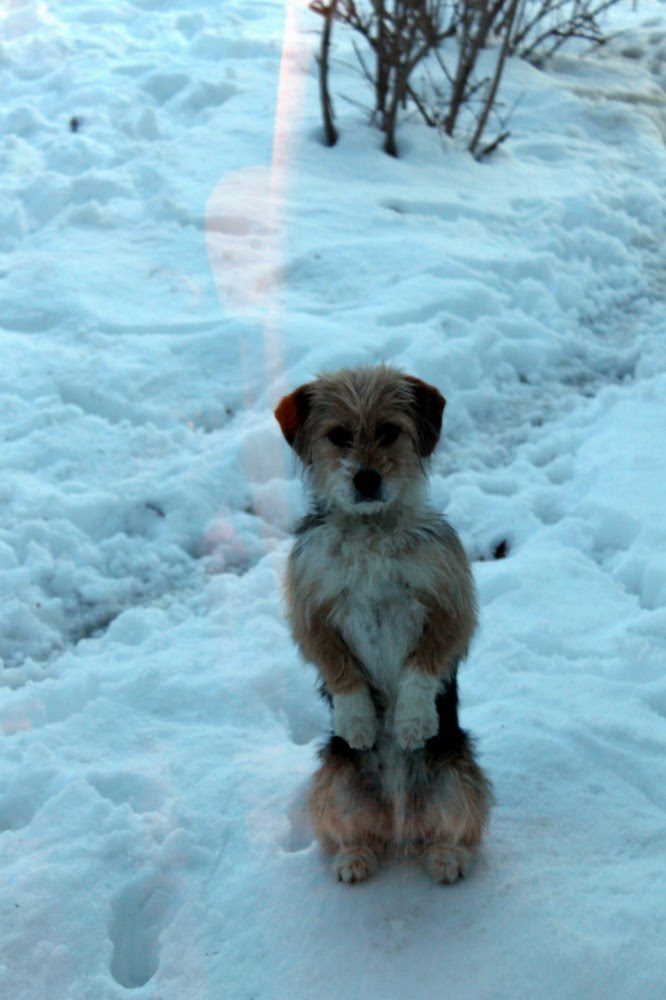 Dog turned groundhog.
We were all crowded ’round the window admiring her sweetness when she visibly shivered
and we realized that the kennel gate was closed with her on the outside.
And just like that, her darling-ness turned into straight-up pathetic-ness, the poor dear. 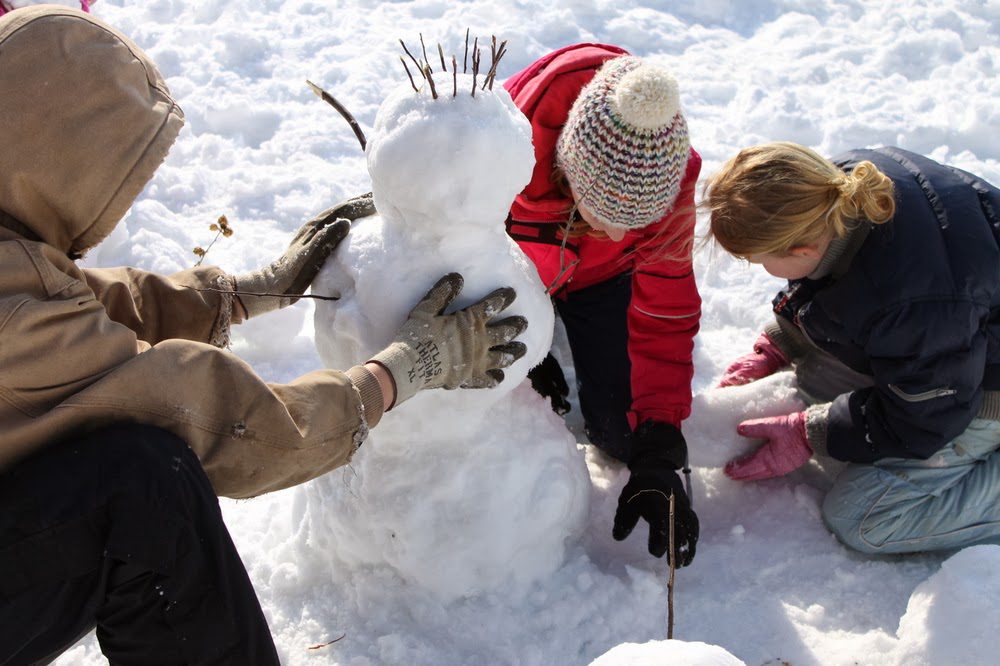 Because this is what you do when white stuff falls.
(Except instead of being all cutesy and quaint, my children made a pack of slain snowmen.
Maybe it’s a subtle message to the gods of winter?) 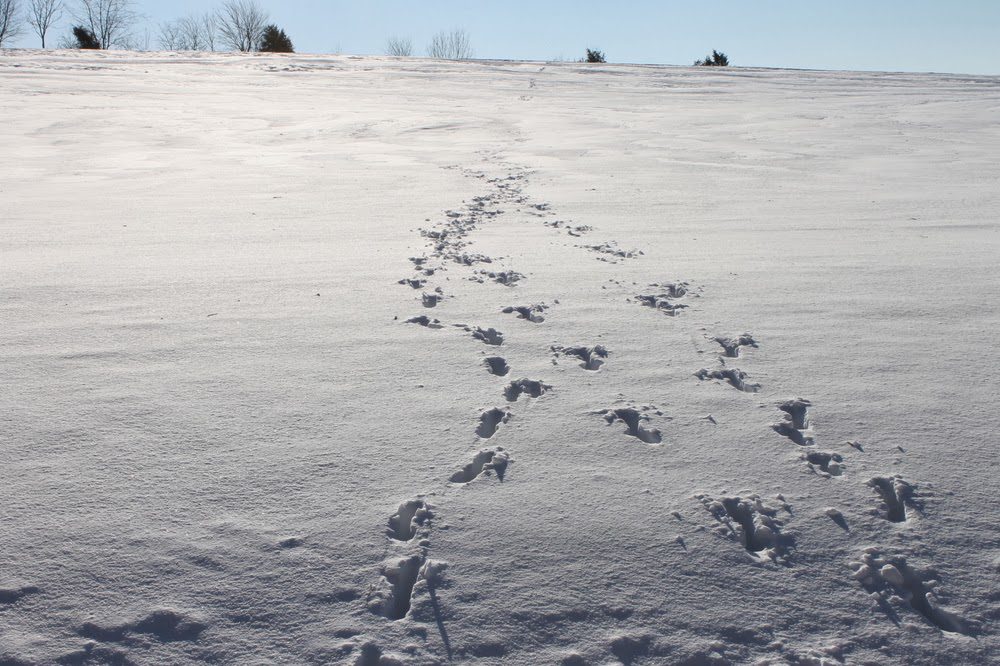 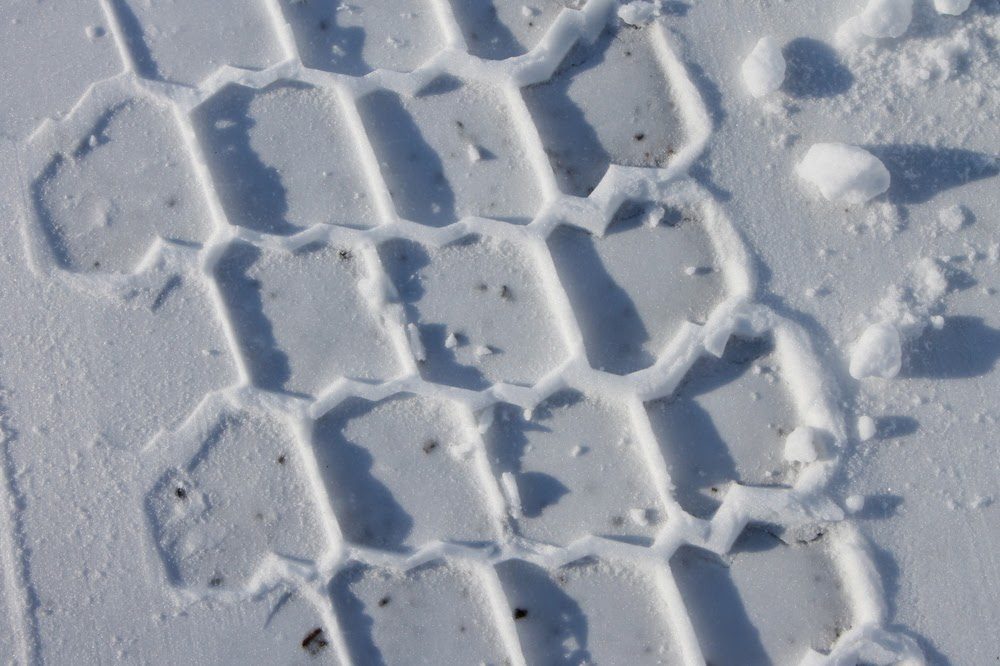 Grateful for the sexy big equipment that plows us out.
And inside… 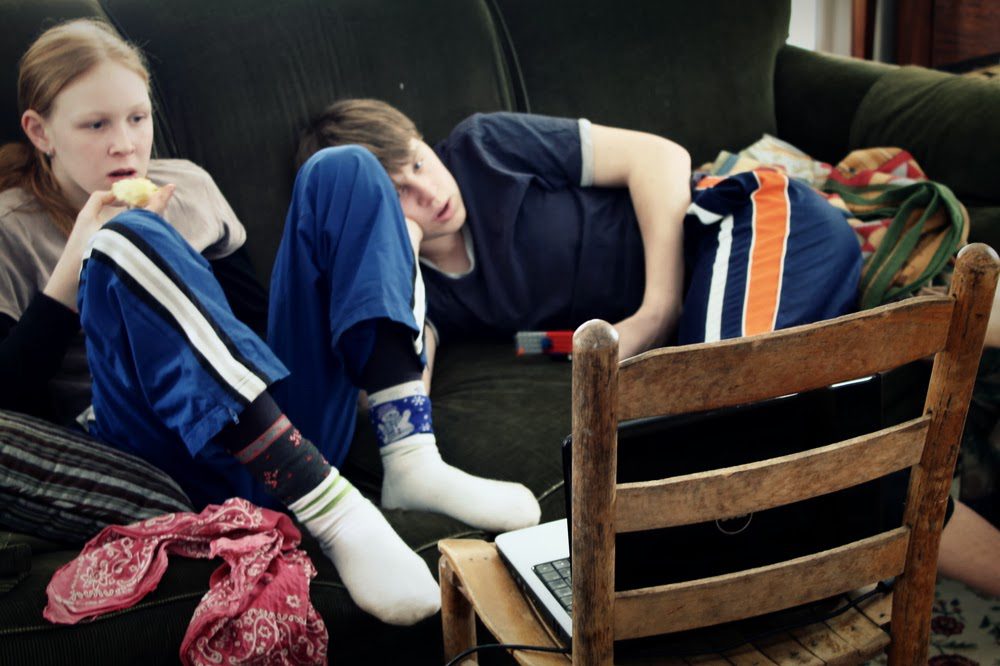 An Inconvenient Truth: good, extreme-weather entertainment.
(And now they won’t let me turn on the lights.) 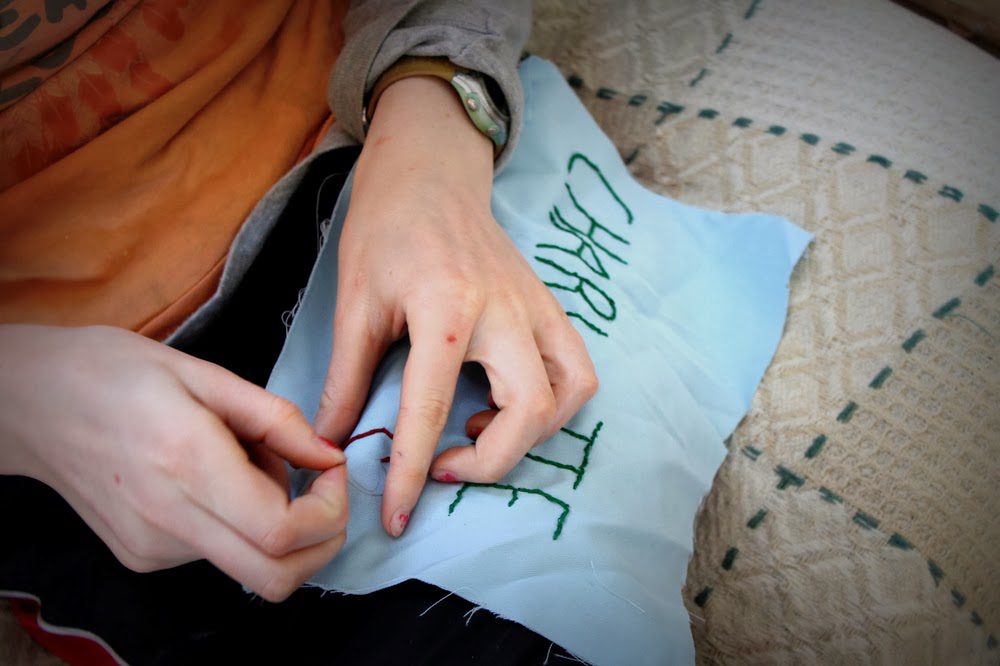 Contrary to all appearances, she’s not attaching it to her pants. 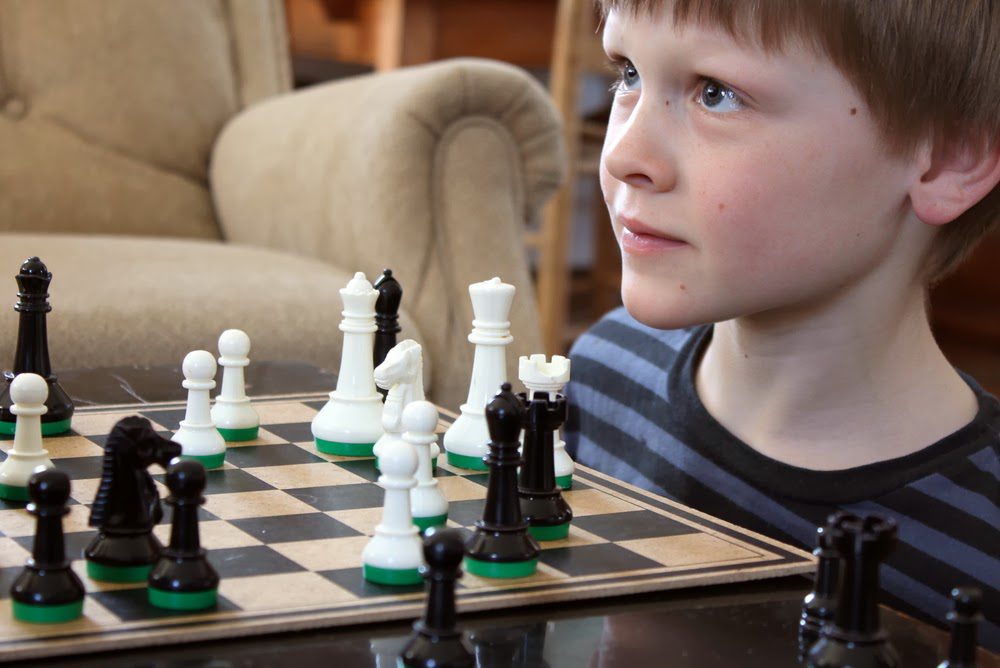 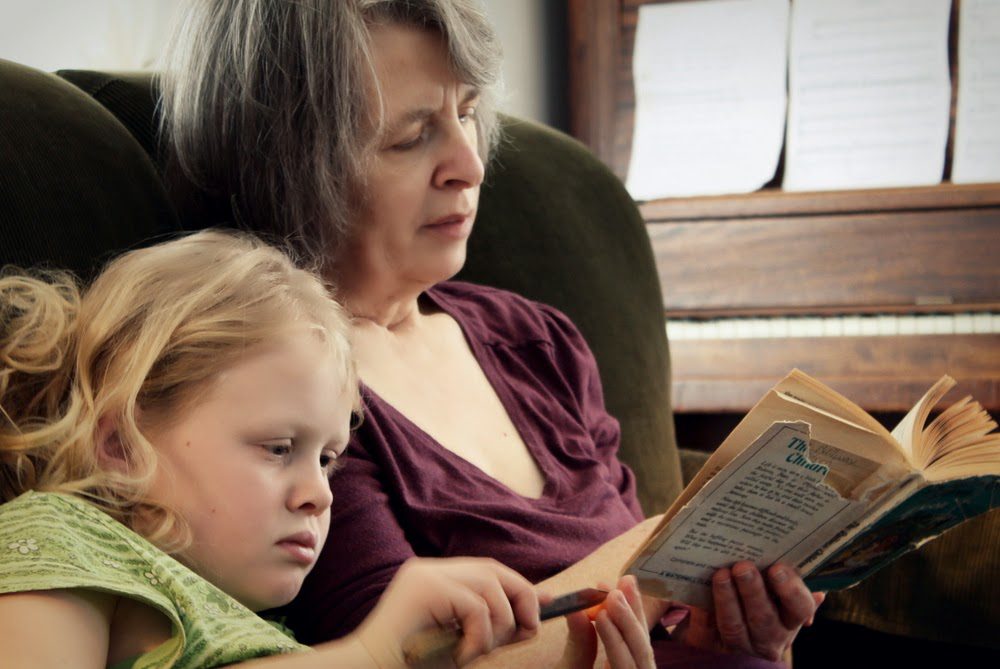 Grandmommy and a book, all to herself. 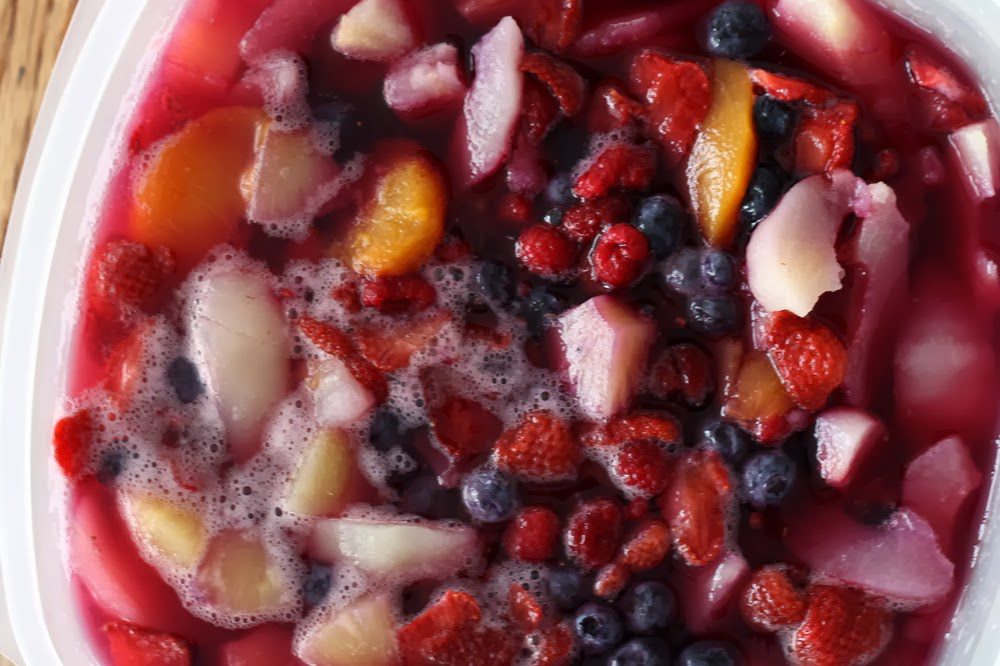 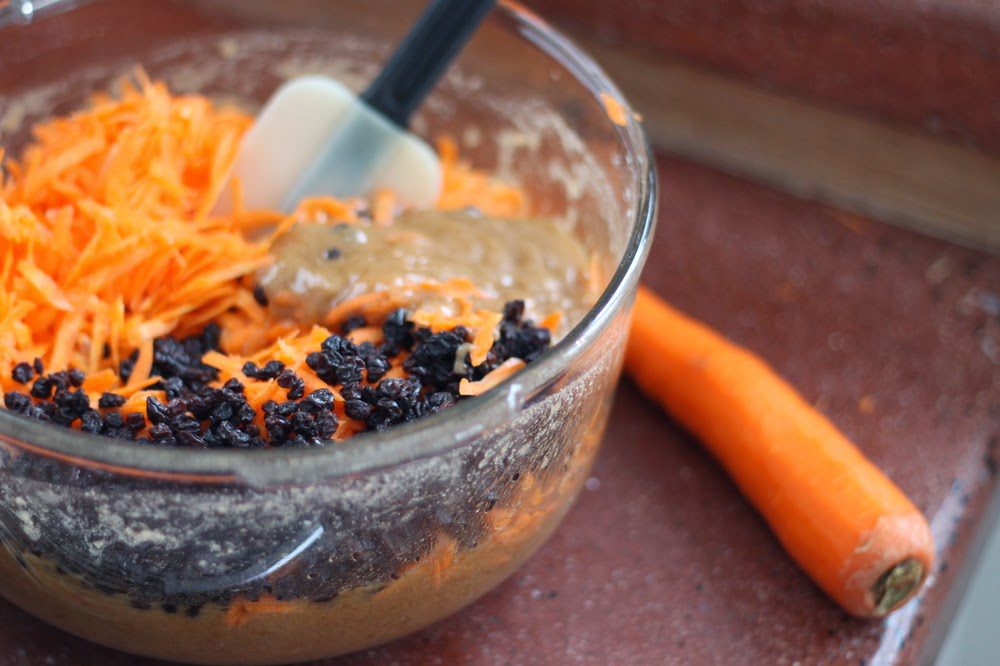