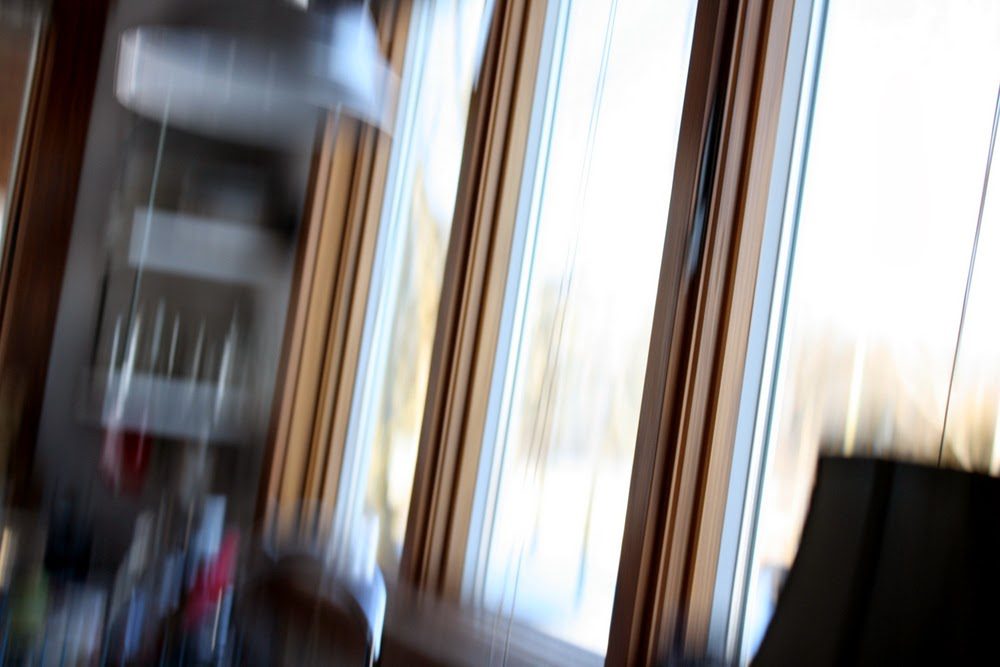 Starting a few months back, my camera’s shutter button began refusing to respond. It was annoying but so rare that I could get away with pretending it was a fluke. Until last Friday when it quit all together.

After a phone conversation with a camera guru, a call to Canon, a wild and crazy search on the internet, some email exchanges the aforementioned guru, and a couple brief calls to my husband who was blowing insulation into a house and not in the mood to talk cameras, I bought a new one.

Of course, my old camera immediately commenced to working. Which confused me. But then it quit again, thus affirming my brash purchase and making me happy. And then I kinda forgot about the whole deal, only remembering that there was a camera coming my way whenever I picked up the shutter-buttonless camera. It did take pictures, occasionally. But most of them look like this…

…because I had just dealt it a vigorous smack.

And then yesterday, my new camera arrived. It’s pretty much like my old one, but better. (Plus, it only cost me 320 bucks, so yay.) Suddenly, I’m bordering on giddy.

I’m reading the manual page by page and learning all sorts of new things that are only new to me because I’m self-taught, clumsy, and slow. For example, I just figured out that by pressing the shutter button down halfway and focusing and keeping it down, I can reposition the focused-on object anywhere I want in the frame and then click the picture. I suppose I should find my blatant ineptitude dismayingly embarrassing and keep all hush-hush about it to protect my Image but I’m much too excited by my discovery to even care. 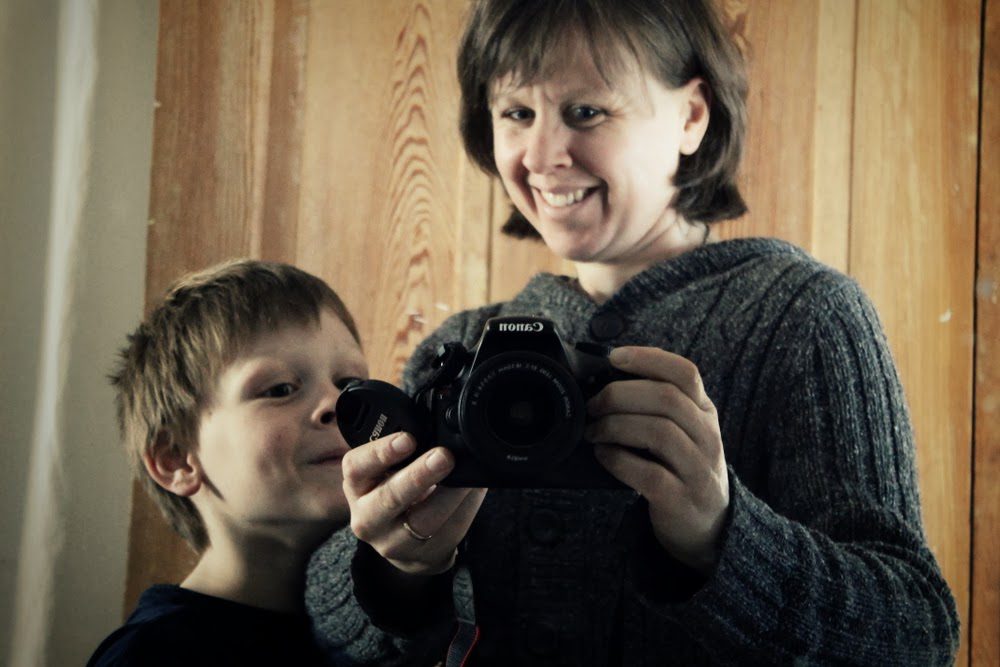 Not an example of good photography.
The ISO is cranked up to high heaven, so there’s lots of noise/graininess.
This does not stop me from smiling.

My reaction reminds me of my son when he learned to do subtraction by borrowing. The problem was 70 – 23, or some such number. He puzzled over the 0 – 3, writing down first 3 and then 0. When I could see that he was completely stymied, I said, “Look, it’s easy. We just steal from the 7, make it a six and put the one that we stole in front of the 0 so that now we have 10.”

My son’s laughter was immediate, loud, and continuous. Huge, incredulous, delighted guffaws. It was like I had just pulled a live rabbit out of my ear. Subtraction is the best magic trick ever.

As are basic photography skills.

My pictures with this new camera are much sharper. It’s tempting to contemplate what a really good camera might do. But only briefly. I value my mental health, state of contentment, and marriage more than a fancy clicker. (I think.)

Sunday night, our water went out. We had no idea why. We got up from our evening movie, washed the dishes, cleaned up the kitchen, and then no more water. I had to drain the pipes in order to get enough water to brush my teeth.

We managed to make it through the next day. We’d turn the well pump on for a half hour (because, somehow—why?—we could get enough water to for short bursts of time). It was just enough to flush the toilets, refresh the soapy bowl of hot water, and fill a jar with drinking water before the water would trickle down to nothing. Had the well run dry? Was the pump broken? How much would the repairs cost? How long would they take? Would we be without water for days? Weeks?

I sat through my daughter’s choir rehearsal, pondering my future life without water. We would bathe at my brother’s house. We would fill buckets from the neighbors’ house and heat water on the stove. There was plenty of snow outside—how much would we need to melt in order to get enough to wash the dishes? 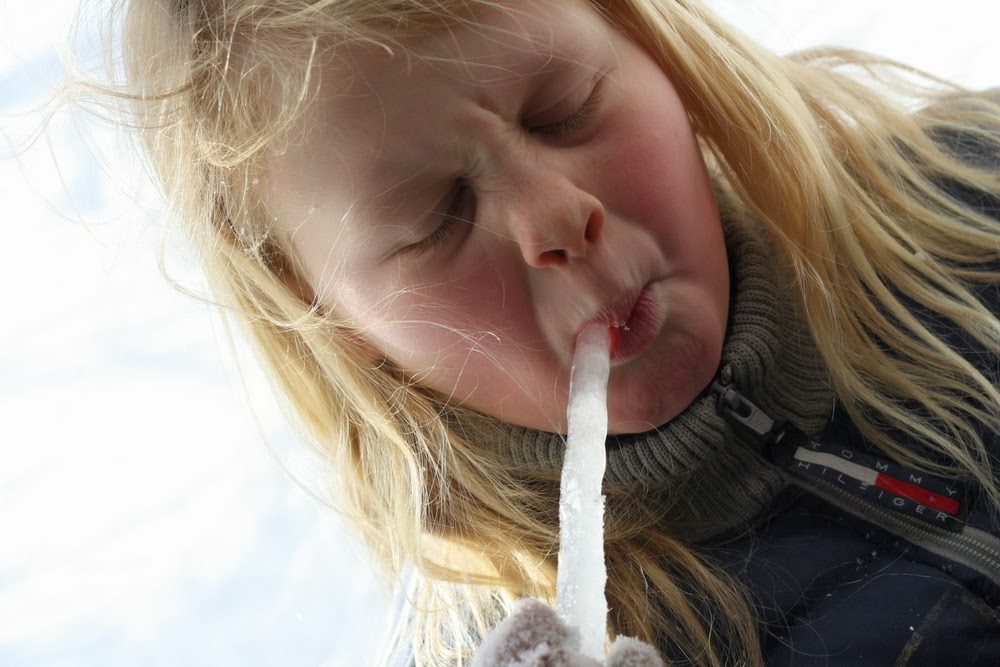 No water? No problem. We’ve got ice.

And then my husband called. One of the pipes had frozen—not the pipe from well to house, but the pipe from outside pump to outside pump. My older daughter had been at home that afternoon and had forgotten to turn off the well after getting the water she needed for washing the dishes and scrubbing the floor (because she is my maid servant). When my husband got home from work, he could see the water burbling up through the ground in the driveway.

“Didn’t you notice how soggy the driveway was when you left?” he asked.

“Well, yes. My boots sunk way down in and I thought it was odd. But the snow was melting…”

For now, the fix is quick. My husband sealed off that pipe and now we have water coming into the house instead of the yard. Nothing is broken (besides that pipe that we don’t really need anyway) and there are no costs.

Which is good, because I just spent all our money on that camera…

P.S. To get the shutter button fixed, it’s a flat rate of 190 dollars. But how much does the part actually cost? Because what if the piece is only five bucks but they charge a high enough flat rate that most people just go and buy another camera thus making more money for Canon? Smart business move, right? Then again, maybe it really is a tricky-pricey fix. But…what if it’s not? Could we order the piece and fix it ourselves? (There’s actually no “ourselves” about it. My husband would do it.)