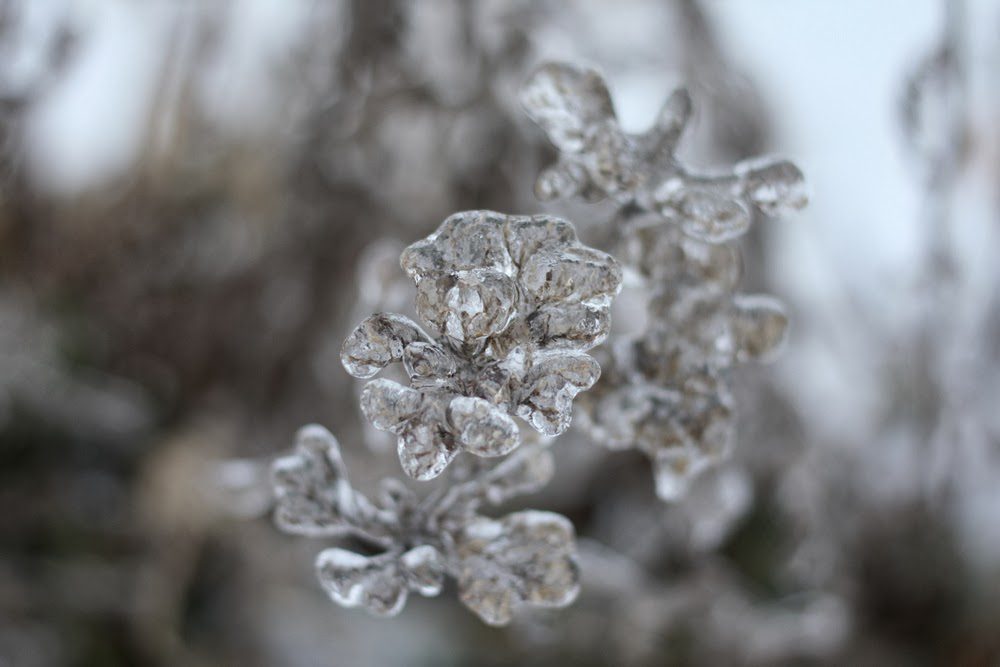 On Sunday, the forecasters were calling for ice, snow, sleet, and rain. We were pumped. My younger son was practically vibrating. Snow is a big deal to him under normal conditions, but then he had to miss a whole year of it. That pushed the anticipatory levels up a notch or three.

I was excited, too. The white, wet stuff was scheduled to arrive late morning. That meant we could get to church (an important event for my extroverted self), but our Sunday company lunch plans were on the iffy side. I acted as though everything was happening, regardless of the weather, and proceeded with the quadruple batch of waffles and a double batch of sausage gravy. The guys cleaned the house, we set the table, and I plopped fresh candles into votive holders. But then at the end of church, the snow was coming down thick and fast so we canceled the lunch. I didn’t want anyone getting stuck in a ditch on our account.

But all that food! Who else could we invite? As we (slowly) drove out of town, I called up a bunch of neighbors on my husband’s cell phone. Whaddaya know, all three households came, and every last waffle got eaten. Hurray for spontaneity and friends who roll (or skid and slide) over to our house on a moment’s notice.

The children’s evening musical was canceled, so we curled up on the sofa with popcorn and a movie. Partway through there was a knock on the door: other neighbors were making a Christmas goodie delivery (this neighbor-full post is starting to make me feel rather urban!), so we had them in for an chatty visit. So lovely.

It rained overnight. In the morning we awoke to discover ourselves inside our own magic ice kingdom.

The kids rushed through their breakfast and into their snow clothes and out the door. I grabbed my camera and raced out, right on their tails. I didn’t want them knocking off all the ice before I had a chance to take a few pictures. 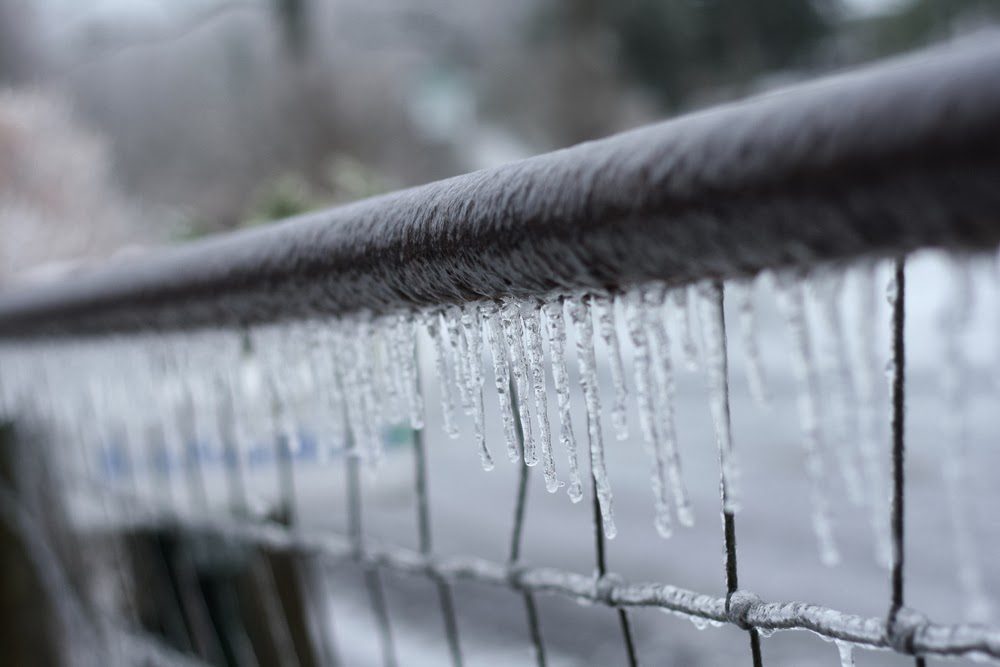 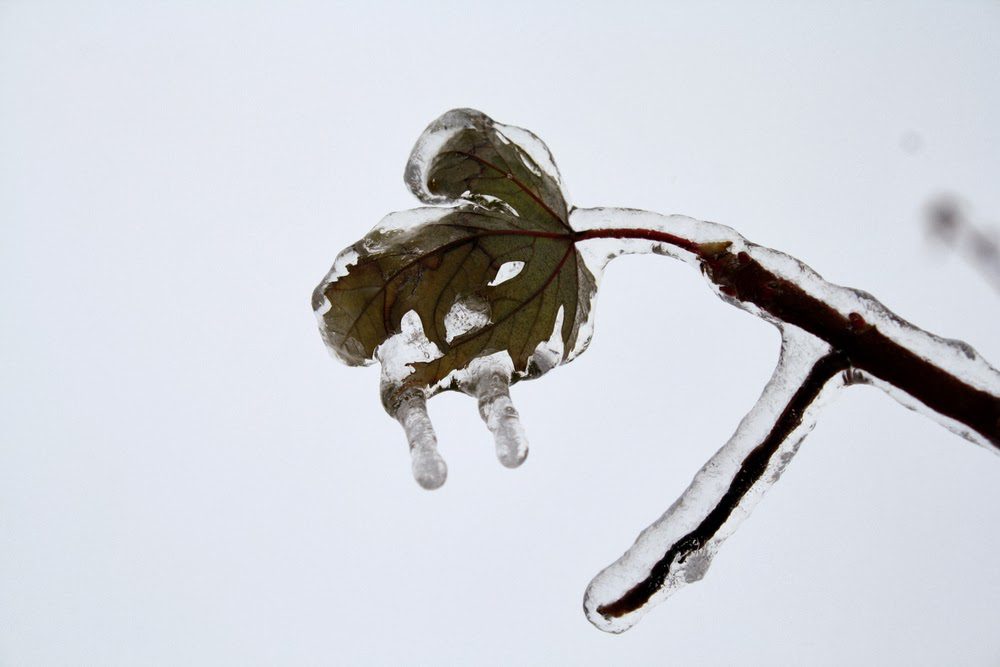 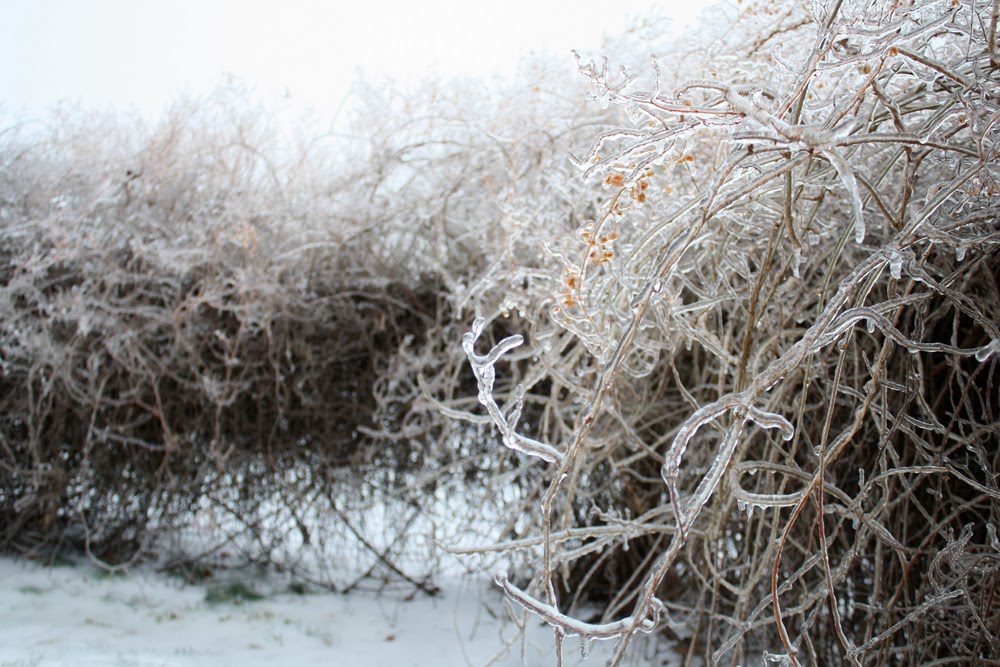 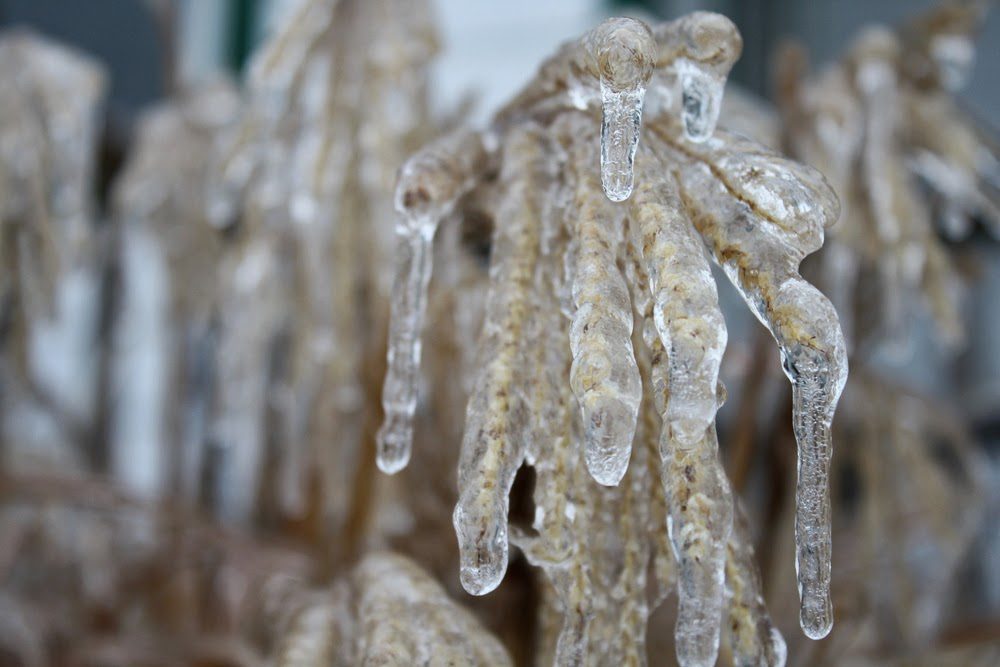 It was gray and foggy. And beautiful.

Mid-morning, the sun started timidly winking at us. I left my younger son at the table to puzzle out his fractions and dashed outside again. As soon as I turned on my camera, the sun got all shy and hid. 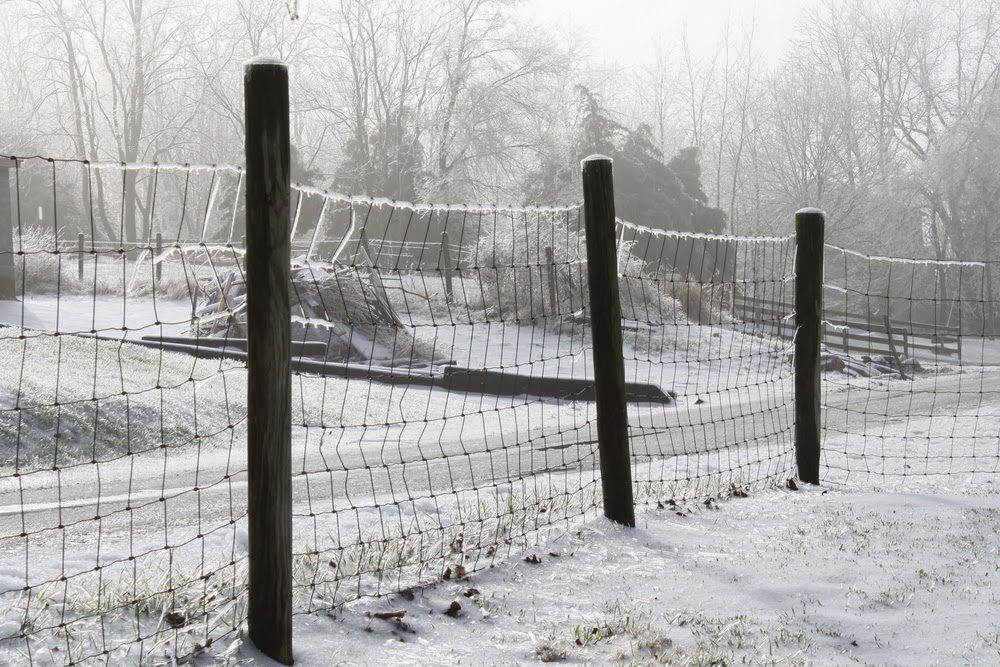 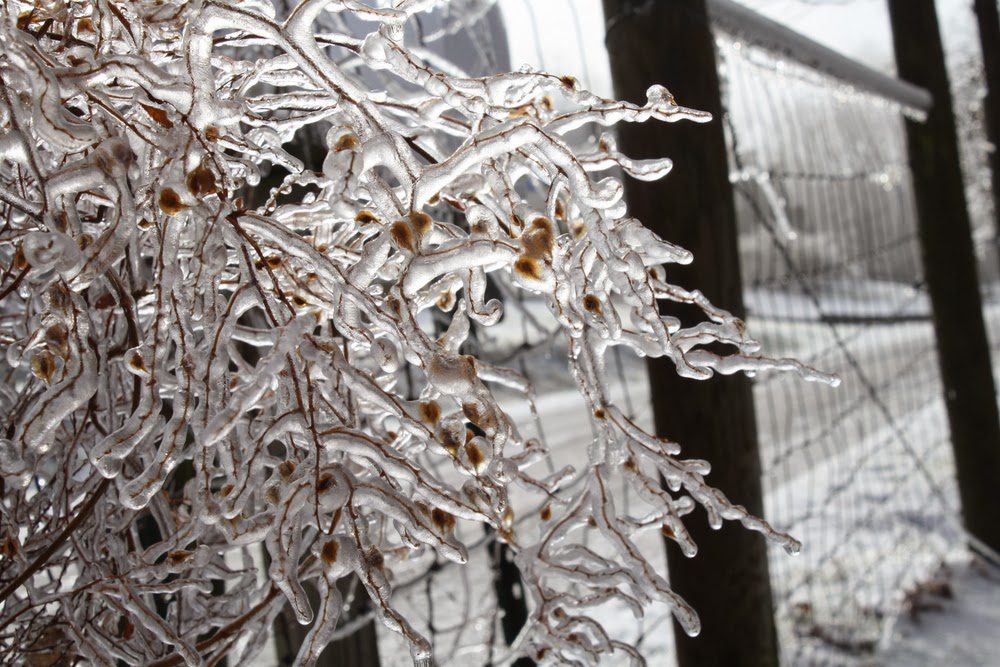 This happened about three times. My socks were wet and I was irritated and my son got all his fractions done (because his sister helped him when I wasn’t looking).

And then the sun came out for real and it was glorious. 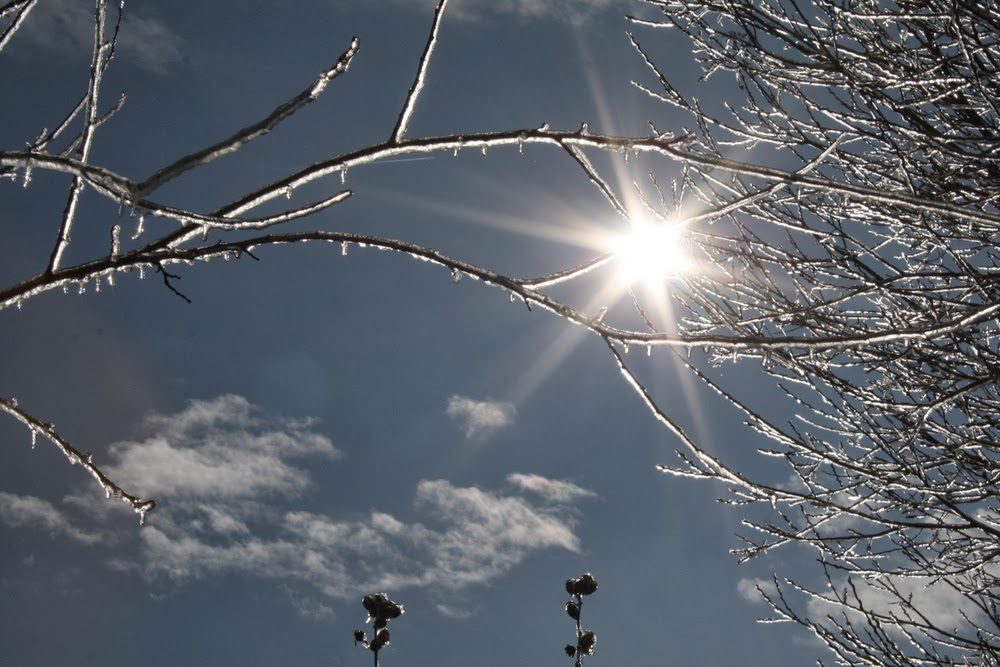 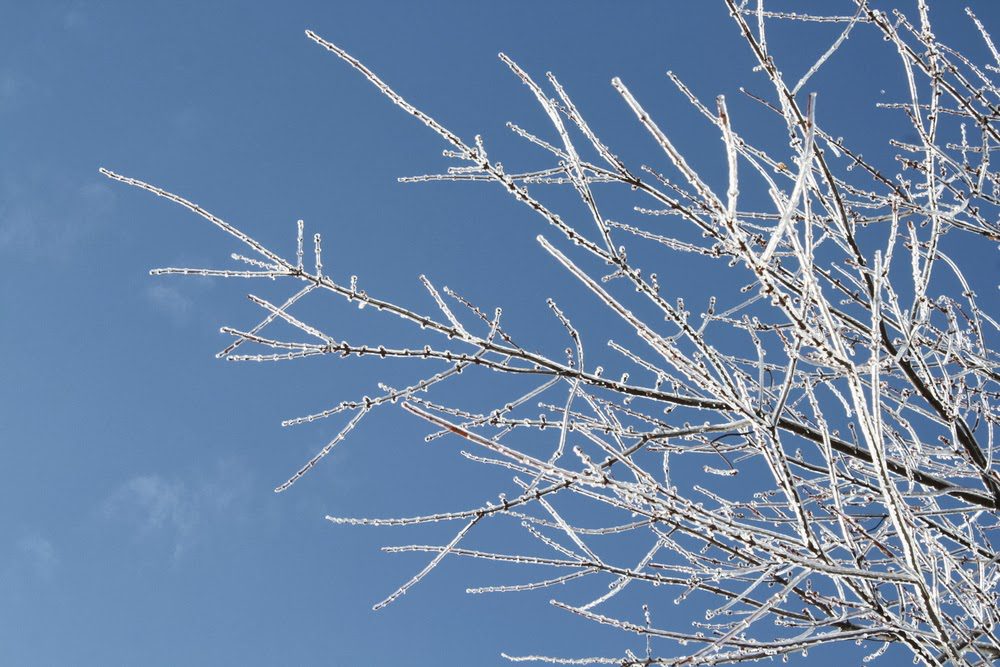 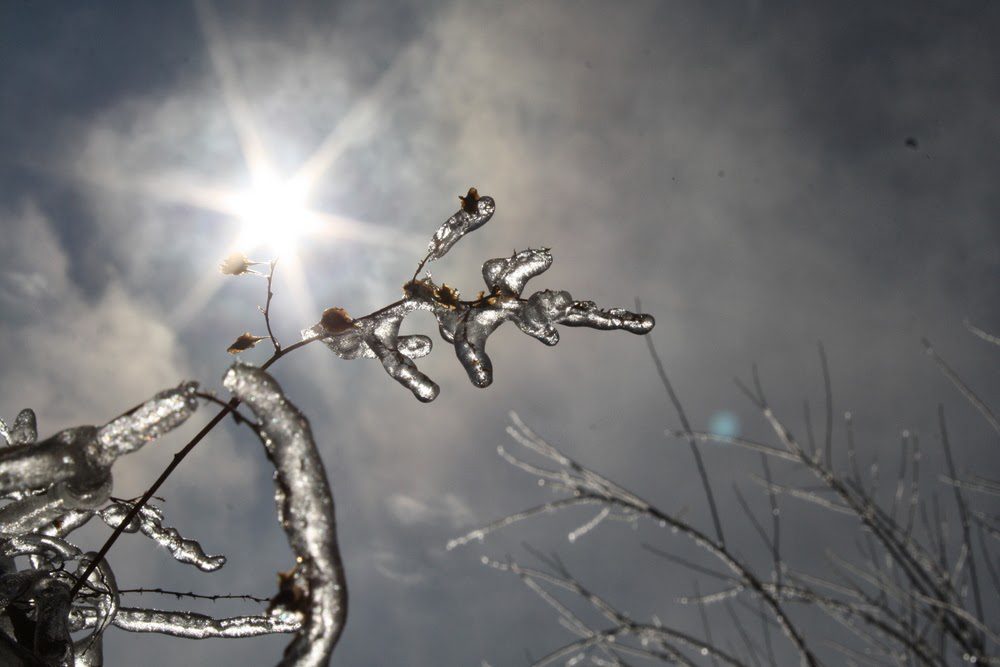