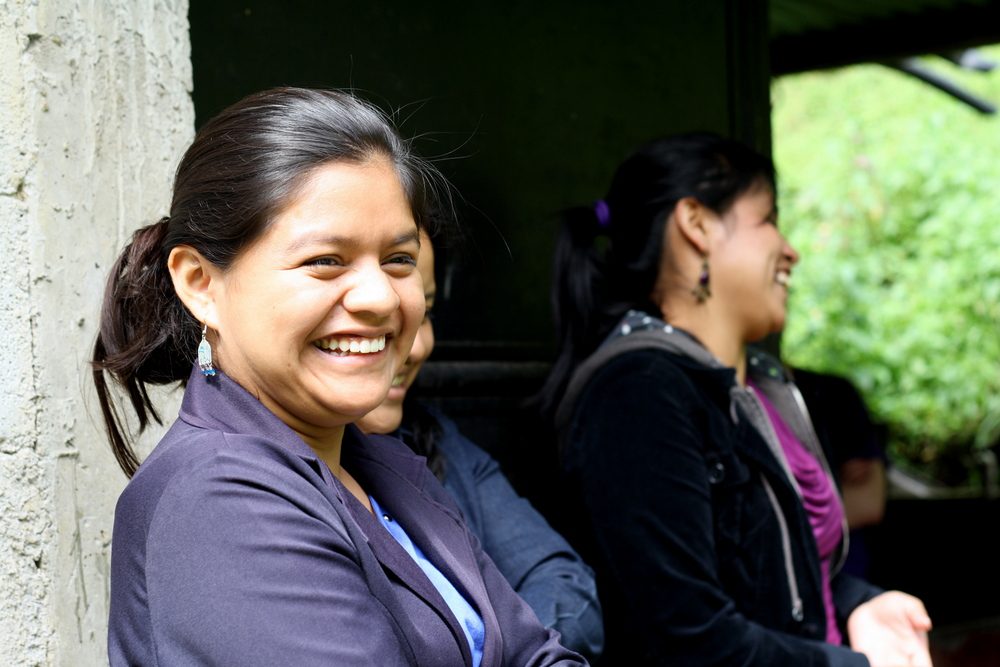 I have always been skeptical of short term mission trips, and I’ve been even skeptical-er of ones done by youth groups.

There’s plenty of work to do right where we live, my mother would rant whenever the subject came up. Why must kids go gallivanting off to the far corners of the earth just to help people?

She had a point. It did seem rather odd to raise thousands of dollars for a group of kids to pound nails for a couple days.

I understand the desire for adventure. I do. Wasn’t that what we were after, signing up for this MCC term? But my husband and I came with skills and years of experience. We’ve already worked with MCC for three years. There was a job opening—they were asking for someone to do a particular task (and they just so happened to luck out and get two people instead of one, ha!). There was an application process complete with essay questions, reference checks, and interviews. We had to qualify.

Now, I don’t know about you, but if a group of high school students showed up at my house in Virginia wanting to work, I would not be happy. I do not want a bunch of inexperienced highschoolers trooping all over my property, waving paint brushes and nail guns. If I’m going to do a home improvement project, I want it done by an experienced person, and if not an expertly experienced person, than at the minimum a capable and hard working one.

The majority of teenagers do not fit this bill. Through no fault of their own, they have yet to develop consumable skills. (That’s putting it nicely. Work teams are lucky if they get two kid who know how to swing a hammer.) Just because they are going to a poor country that doesn’t have nail guns does not mean that the host culture wants them to be doing their projects either. It’s a tad bit presumptuous to think that other people might appreciate our unskilled, unhandy children.

Of course, the host culture won’t say a word about it. They’re far too polite. They’ll graciously welcome the kids with their weird body piercings and tattoos and sullen attitudes, give them a few simple tasks to help them feel useful, feed them, and then go on about their life. Because the truth is (the best I can tell), the host culture doesn’t care a fig whether or not these kids come.

Once I asked a coworker what she thought about these groups that kept coming down from the States.

“No really,” I said. “What do you think? I’d love to be a fly on the wall and hear what you all say when there aren’t any gringos around.”

She laughed and then confessed, “Well, this group seemed a little elitist. But they were all family, right?” 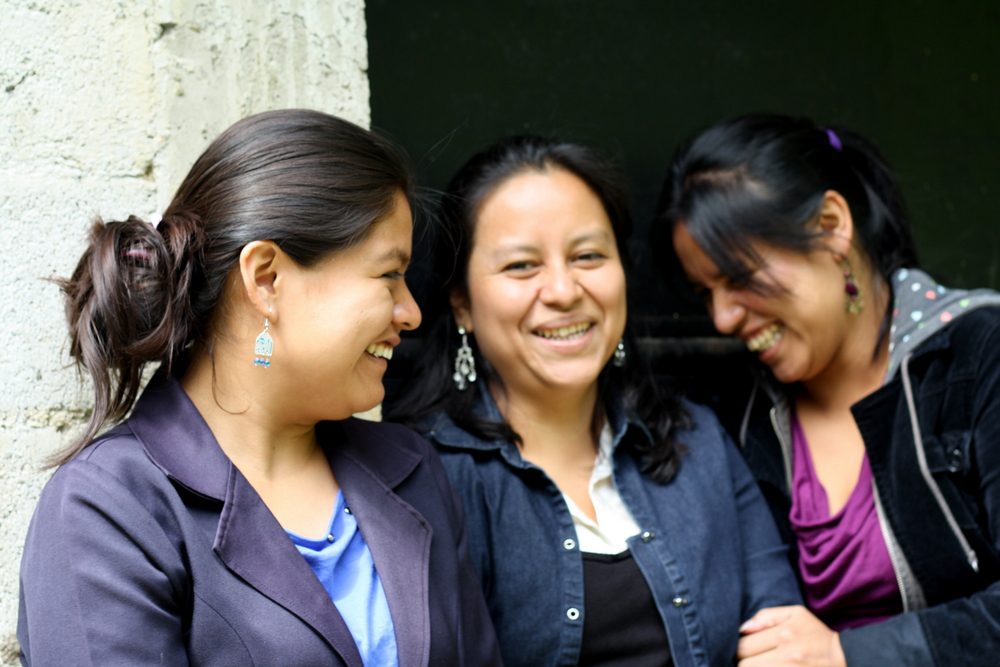 She was defending them, bless her heart, but underneath her cautious response, I got the clear impression that she really didn’t care one way or another. Maybe nobody even bothers to talk about these foreigners that raise thousands of dollars to come help them? Maybe it’s not even a topic that warrants conversation? Wouldn’t that be funny. 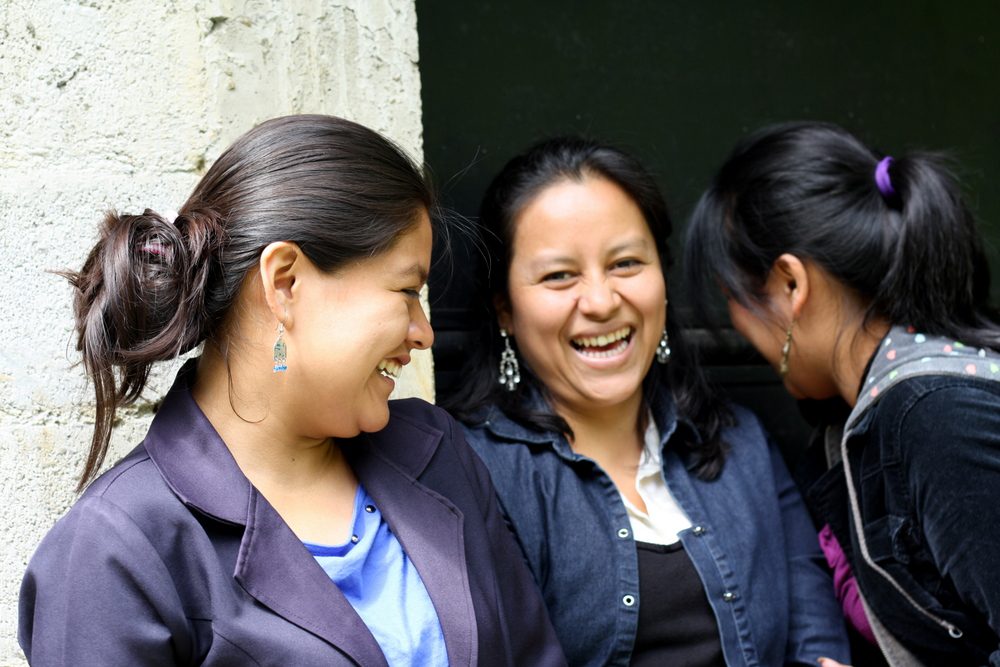 Teens are neat. I like them. They have interesting thoughts and refreshing observations, but left to their own devices, they can be apathetic, self-centered, and dull. Sadly, I’ve seen mission group teens fly their ill-mannered teen flags really, really high. I’ve seen kids complain and fuss, refuse hospitality, roll their eyes and make fun of the host culture. I’ve seen them skip out on work because, as one frustrated leader said, “I’m sorry, they don’t want to work right now. They’re being teens.” I’ve seen them sit around with their friends and practice The Refined Art of Studied Disinterestedness. Let me tell you, there is nothing more disgusting than watching a bunch of rich kids bitch about the unique experience they are having on the church’s dollar.

I get it that cross cultural experiences are difficult, that teens feel insecure and self-conscious, that their awkwardness can come across as snobbishness when that’s not what they are intending at all. What I don’t get is bad manners, an entitled attitude, and a dragging work ethic.

What do these groups tell their churches post trip? Among tales of bad bathrooms and beans for breakfast and supper, travel woes, and the colorful natives, do they share the other side? About how they abandoned their assigned (and counted on!) tasks in favor of hanging out in their rooms? About how the leaders had to demand, beg, and plead that they lift a finger to help out? About how they didn’t say thank you or look people in the eye or smile or ask questions? Something tells me that the sending church never hears that side of the story.

Once when I asked a leader about how his group was holding up, he said, “Well, they’re learning to appreciate the things they have, like warm showers!”

Really? That’s why they’re spending thousands of dollars? To learn appreciation? Oh goodness! Mastering the art of appreciation does not need to be an expensive venture!

Now, to be fair, we’ve helped host groups that are interested, engaged, curious, and relational. The difference between the good guests and the bad ones is one thing. Well, two. The good groups are almost always older, late teens and early twenties. But besides age, there’s another big difference. The effective groups call themselves what they are: learning groups. They don’t mask their presence with do-gooder talk. They are up front about their reason for traveling: to experience, understand, and appreciate. With this attitude, the participants are much more culturally sensitive and receptive.

So here’s what I recommend. Let’s drop the “mission trip” lingo. It doesn’t matter where the kids are going—Costa Rica, Kentucky, the inner city, the other side of the tracks, a local soup kitchen, whatever—let’s call these groups for what they are: Adventure Groups. Study Tours. Eye Opening Experiences. Stretch and Grow Trips. Horizon Broadeners. Calling them “mission groups” implies that the participants are doing something beneficial for the host culture. But the facts are these: the host culture is not asking for help from our children. These trips are for our children.

And while we’re in the process of revolutionizing the traditional youth mission trip, now known as The Cross-Cultural Study Tour, let’s set some standards.

First, the group leaders need to be teachers, guides, and facilitators. They need to know how to bridge the culture gap and how to model that for the teens. They must know the kids, have high expectations for them, and be able to push them fairly hard.

Second, the teens need to be willing to work hard, both emotionally and physically. Give them an entrance application and let them write an essay about what they hope to get out of the experience. Assign them reading material relating to the host culture and cross cultural experiences. While on the trip, expect them to journal, participate in small group conversations, and listen to lectures on context, history, and the current political situation that their leaders have arranged for their betterment. Even the best of teens can be cliquey, and they become even more cliquey in unfamiliar situations, so split them up! Get them to relate to the other culture! And despite all I said about kids and nail guns, work projects are good. Wash windows, haul dirt, split wood. Sweat hard and sweat for hours, not just a few minutes here and there.

Third, Churches, be careful about who you send and why. Hold the travelers accountable. Challenge them; ask them hard questions. In turn, be responsive to their stories and questions. Keep in mind that short-term trips (three weeks or less) don’t have much effect on a person’s life choices. Trips three-months or longer have a bigger impact. So think carefully and act wisely. Do you want to support a teenager’s learning process or a volunteer’s long-term commitment? Both can be valuable investments. Discuss these issues as a church, and don’t forget to include the youth in the conversation!

What’s your experience with youth group mission teams? Should there be an age limit?
Are my requirements too strict? Too lenient? Does shifting the name from
“mission group” to “learning group” affect how you feel about them?