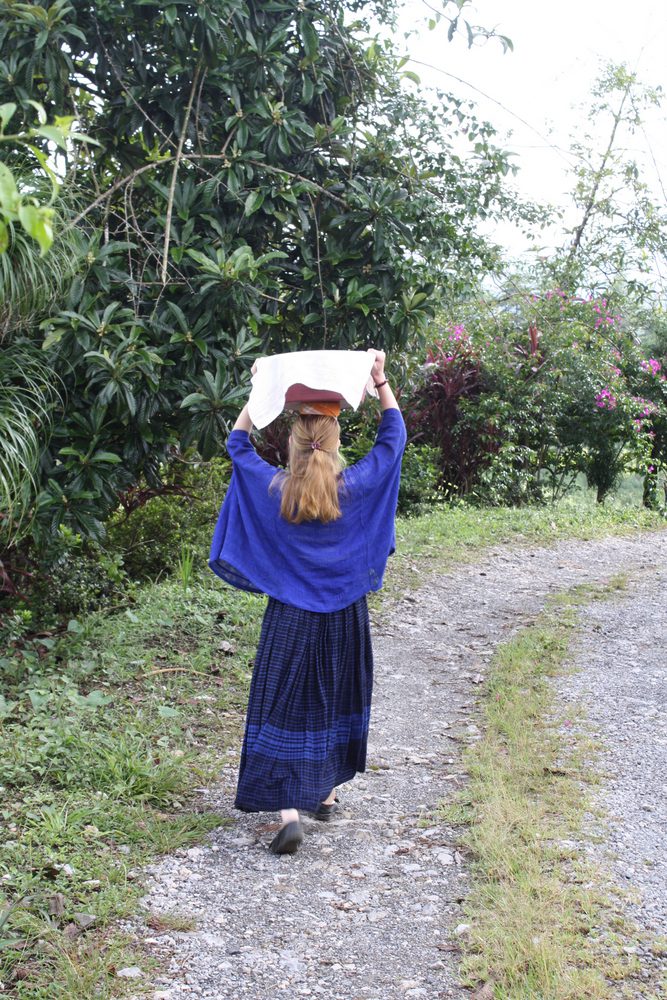 On Sunday evening the girls and I (mostly me) made two banana cakes. Monday morning (they didn’t have school), we stacked the pieces of cake between layers of wax paper and covered the pan with a towel. The girls dressed in their K’ekchi’ skirts and blouses (my younger son begged to wear a skirt, too), and Jovita showed them how to carry the container on their heads. The children took turns carrying the cake all the way to town. 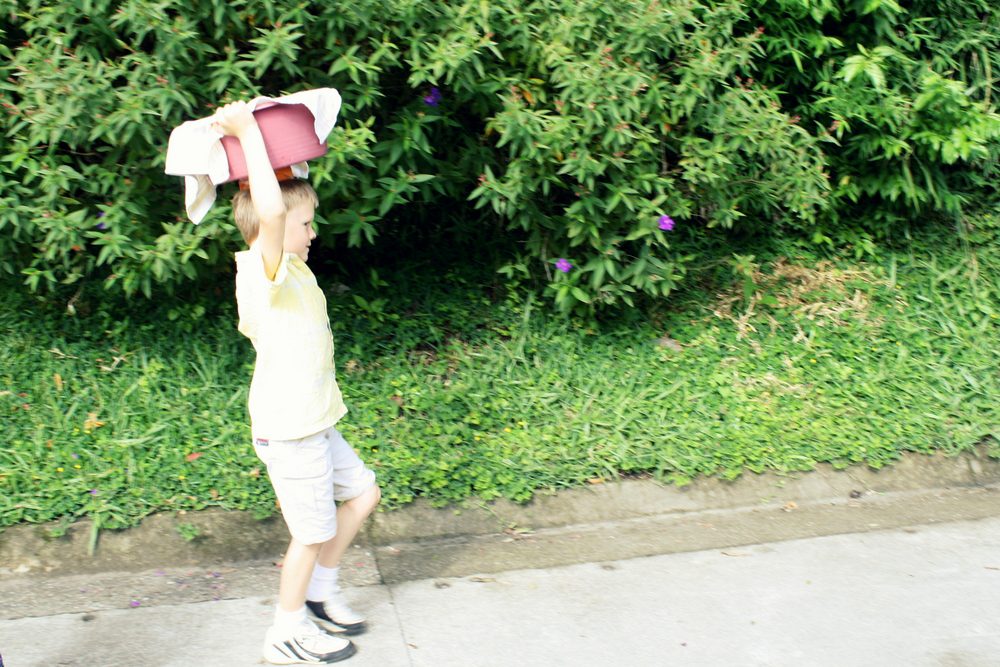 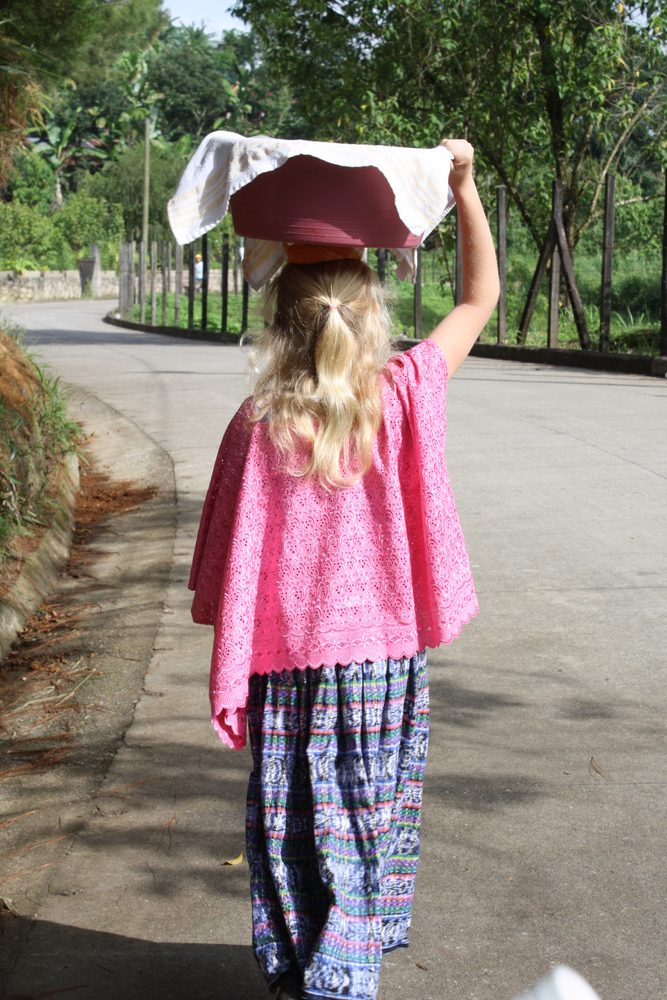 As we walked up the street to the market, my older daughter said, “I’m starting to feel nervous. Everyone is looking at me!” 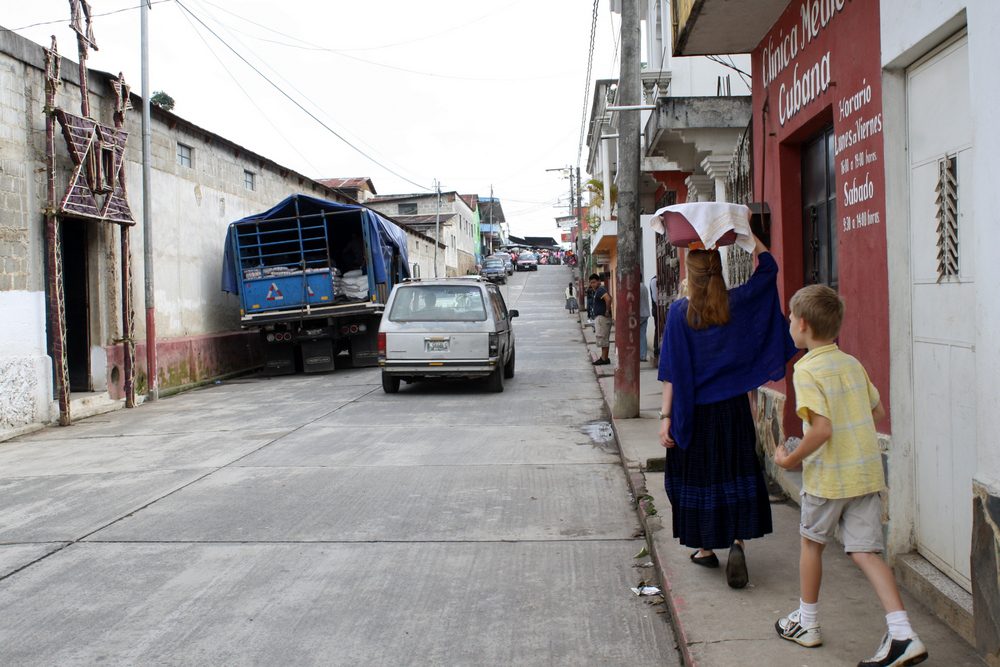 We waded into the market and I snatched up the first empty spot I came to. 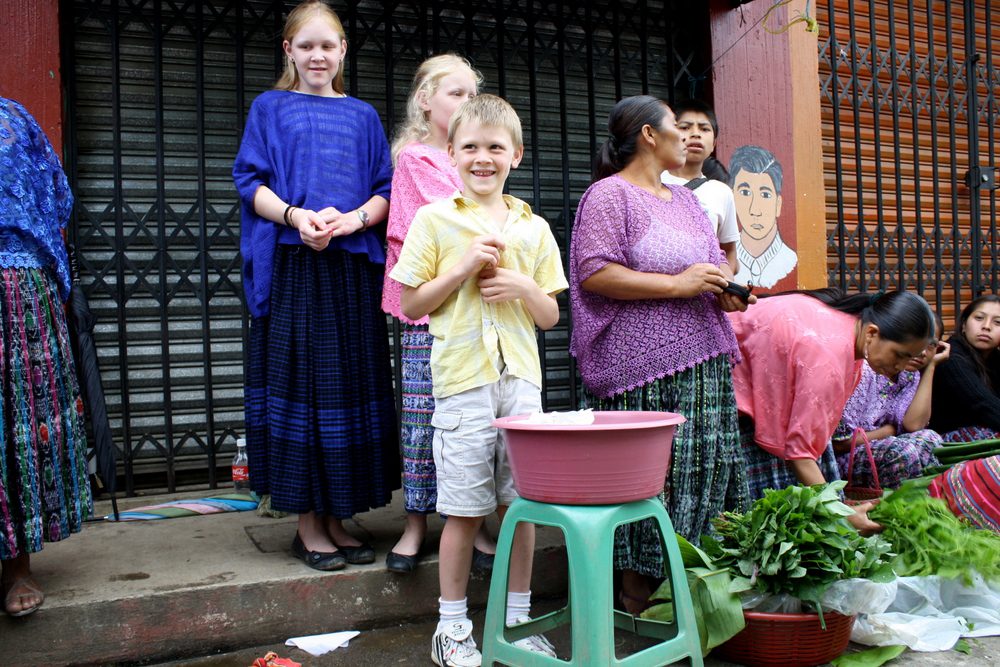 Suddenly stricken with bashfulness, the girls hung back, but my youngest stationed himself behind the cake and gamely called out, “Torta de banano! A dos quetzales!”

It took a minute, but as soon as the surrounding vendors realized what was going on, they started grinning from ear to ear (except for the ones who were staring, their chins scraping the ground).

And then a bit of magic happened: the locals took charge of my children and their cake-selling project. 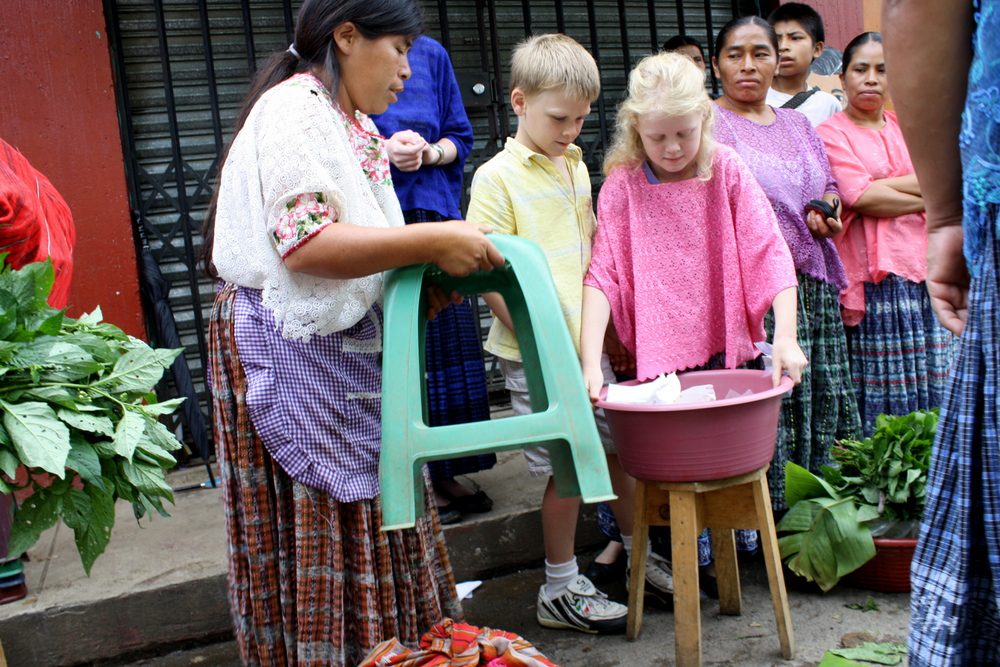 One woman brought the children a stool to set the cake on, and then a few minutes later she switched it for a sturdier, wooden one.

Someone handed us plastic bags for packaging the bread. (We had brought napkins, but they were too awkward. When I asked, they pointed me in the direction of a store that sold bags—I bought a hundred.)

The first customer approached. He wanted five pieces of cake. He handed the kids the money, and then explained, his eyes twinkling, that the person managing the money should not be the person touching the cake.

For the next ten minutes, the children ran a brisk business. 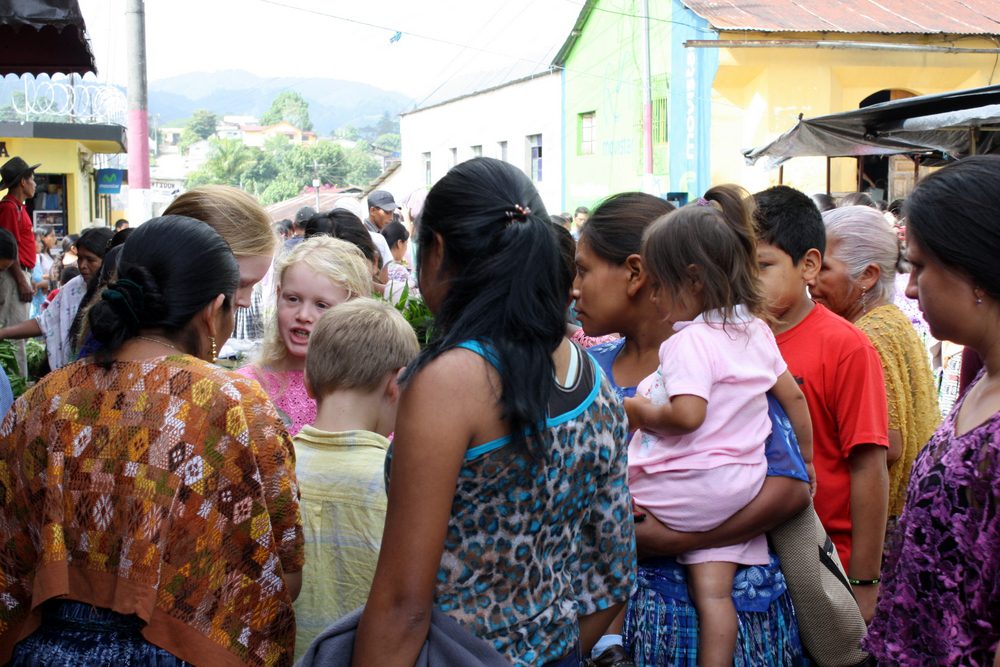 After the initial setting up and some basic pointers, I faded into the background and snapped pictures. Besides, I couldn’t have gotten close to them if I had wanted to—they were completely surrounded by their customers. 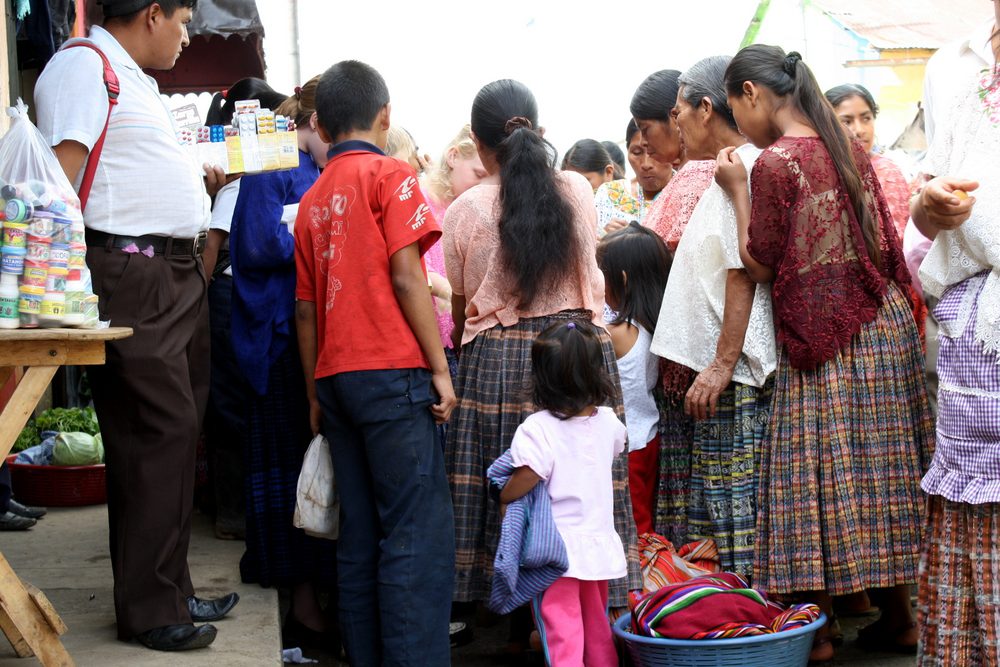 I couldn’t stop grinning. The whole exchange was stunningly beautiful. The transformation from us as the onlookers (shoppers, takers, outsiders) to participants (included, welcomed, wanted) was astounding. It was like a switch had flipped. For that little bit of time, we weren’t just here visiting this culture, we were emulating it. Suddenly, instead of tolerating us, they were hosting us. It was delightful. 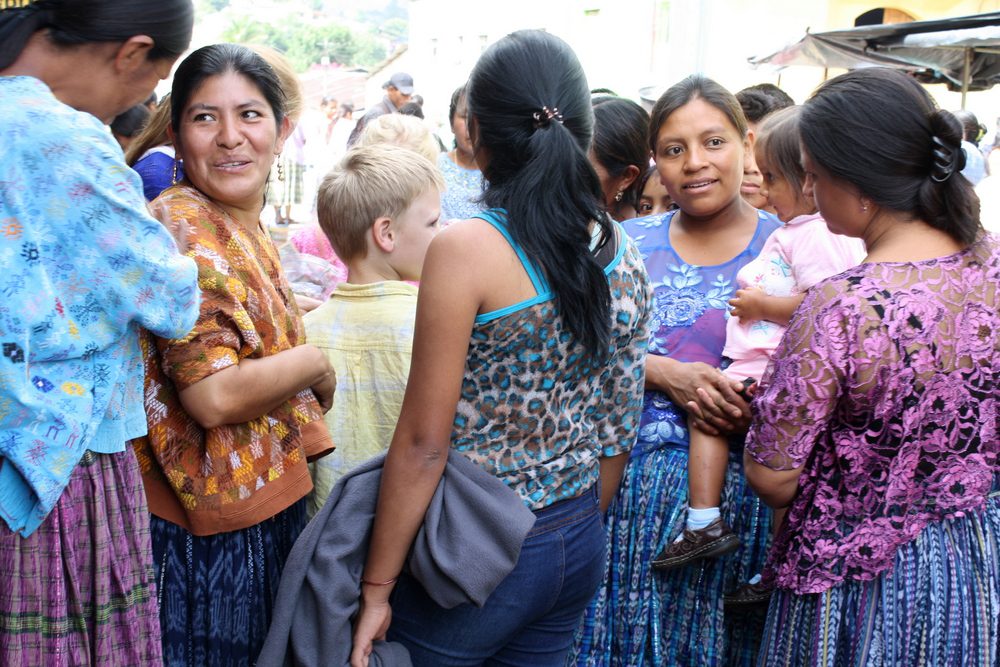 My husband and older son had been running errands on the other side of town, and when they heard we were in the market, they came over to visit. 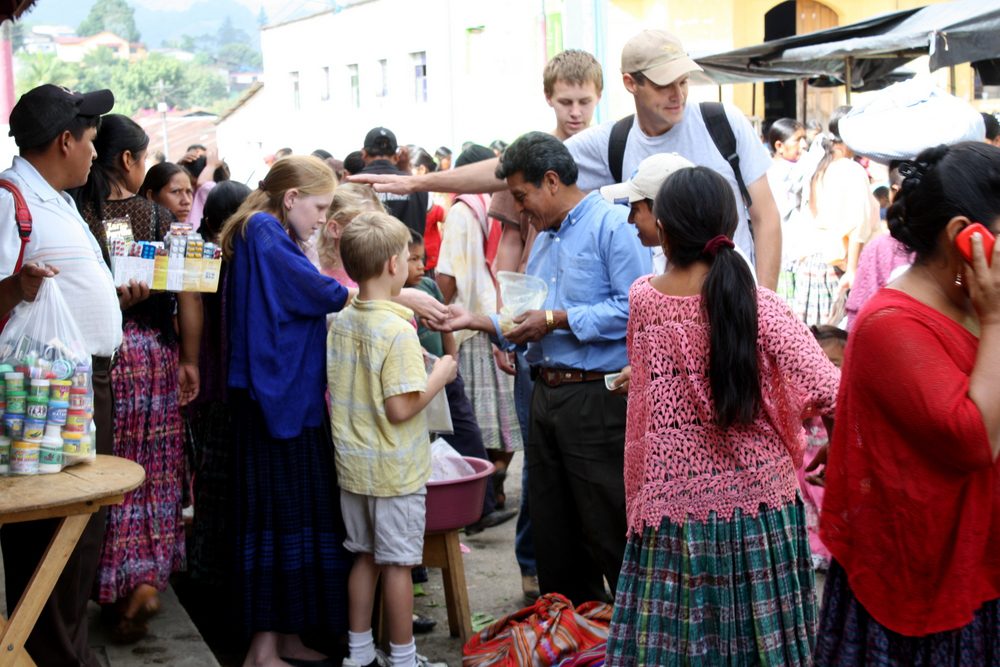 When all the cake had been sold, we returned the stool.

“You need to go home and make more cake,” the neighboring vendor said. “Come back this afternoon!”

On the way out of the market, we paused to admire a basket of puppies. 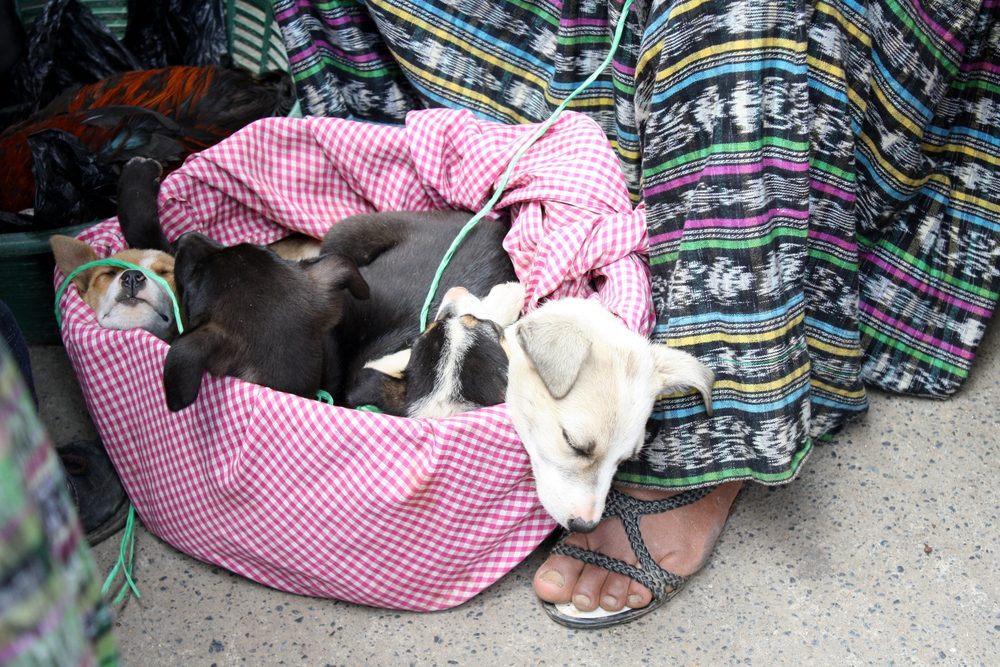 One nipped at my daughter’s hand, causing her to jump back and making the women laugh. 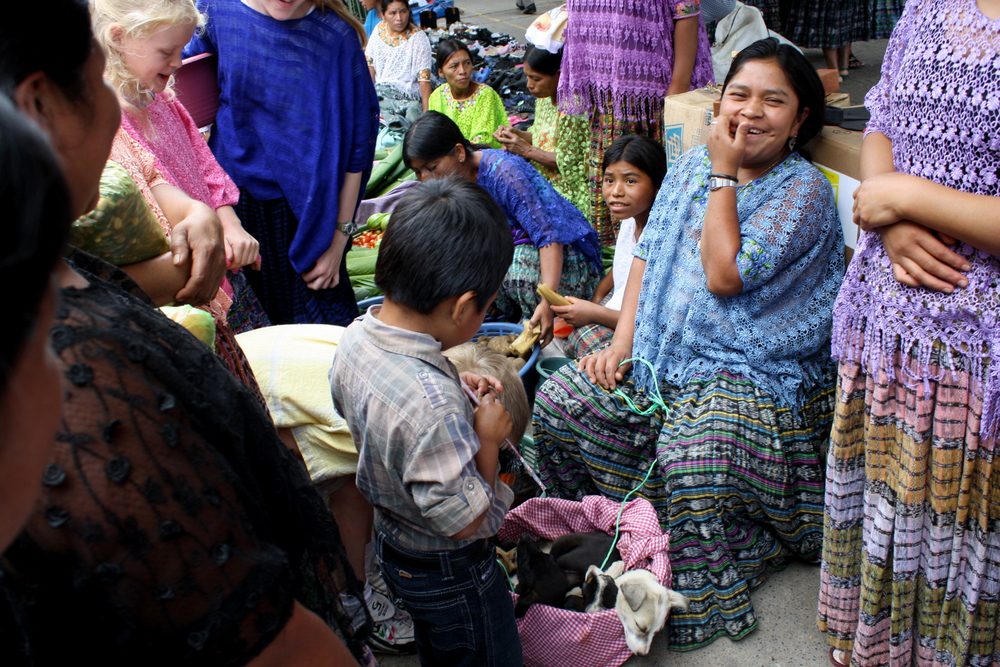 I gave the children each two quetzales to spend on whatever they wanted. They loaded up on chips and soda and lollypops and then complained about feeling sick. 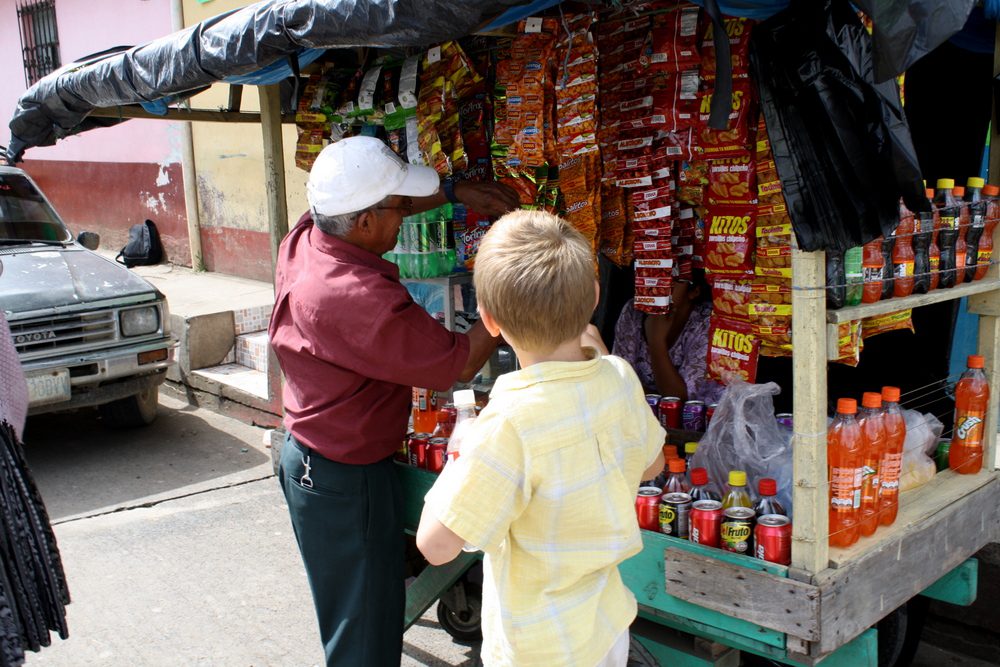 And thus ends the tale of how I nipped boredom in the bud by making my children sell cake.