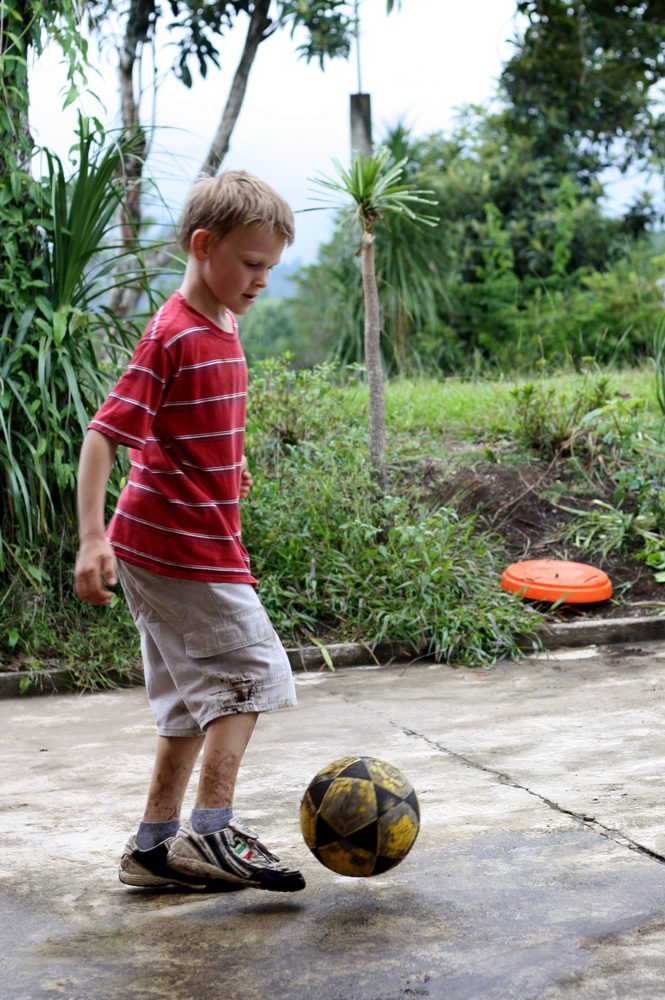 None of my children are particularly athletic. They’re active, yes, but they’ve never shown a propensity for organized sports. Which is perfectly fine with me. Sports aren’t my thing either. I’d rather watch the children run around the back forty with machetes and zero-turn mowers and bikes from the comfort of my cozy kitchen, cup of strong, homemade coffee in hand, than watch them from a hard-as-stone bleacher bench while whistles shrill and buzzers blare and kids beg for please a cup, just one cup! of toxic orange soda.

We did egg them on a little, back when they were wee-tots. My older son did one year of karate and my older daughter did a season of ballet. But neither of them wanted to continue, so I said pfttt and that was that.

But then we entered the soccer-crazed land otherwise known as Guatemala. The older children shied away from the sport, clumsy big oafs that they are, but my younger son, the biggest clumsy big oaf of them all (or so we thought), became obsessed.

We bought him a soccer ball for his February birthday, back before he knew what such a ball was for. Since then, he has developed an obsession for the sport. Actually, I’m not sure how much he understands the game—it’s the ball-and-foot action that he’s so in love with. 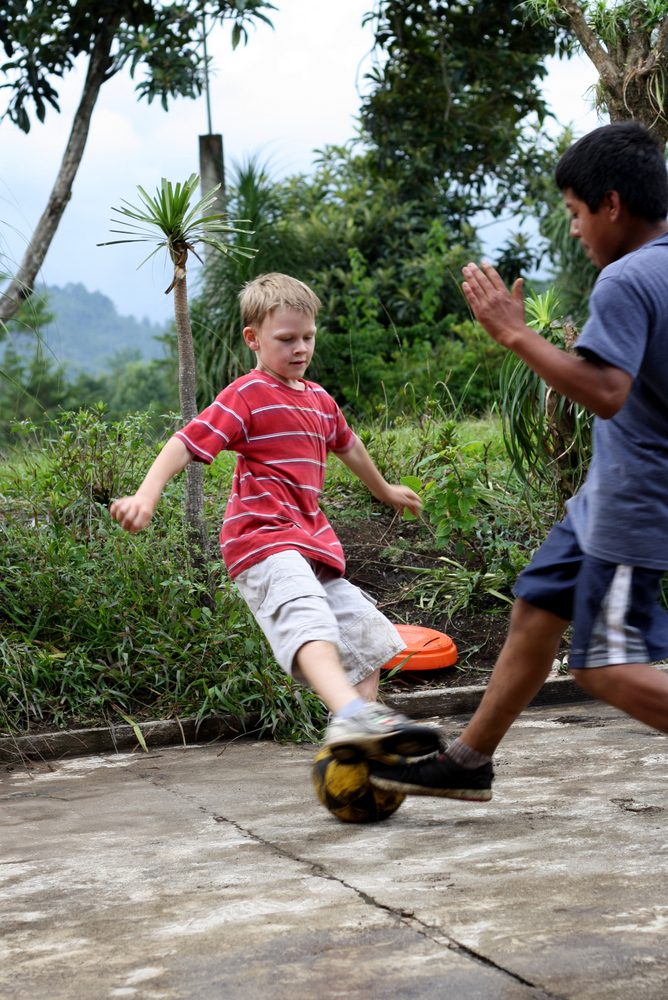 He is always kicking something. If his soccer ball isn’t around, it’s a basketball (until it went flat) or one of the hard plastic balls that cost Q3 each (being hard and plastic and cheap, they don’t have a long shelf life) or his lunch box or his pillow or a random shoe. Anything that can be kicked will be kicked. 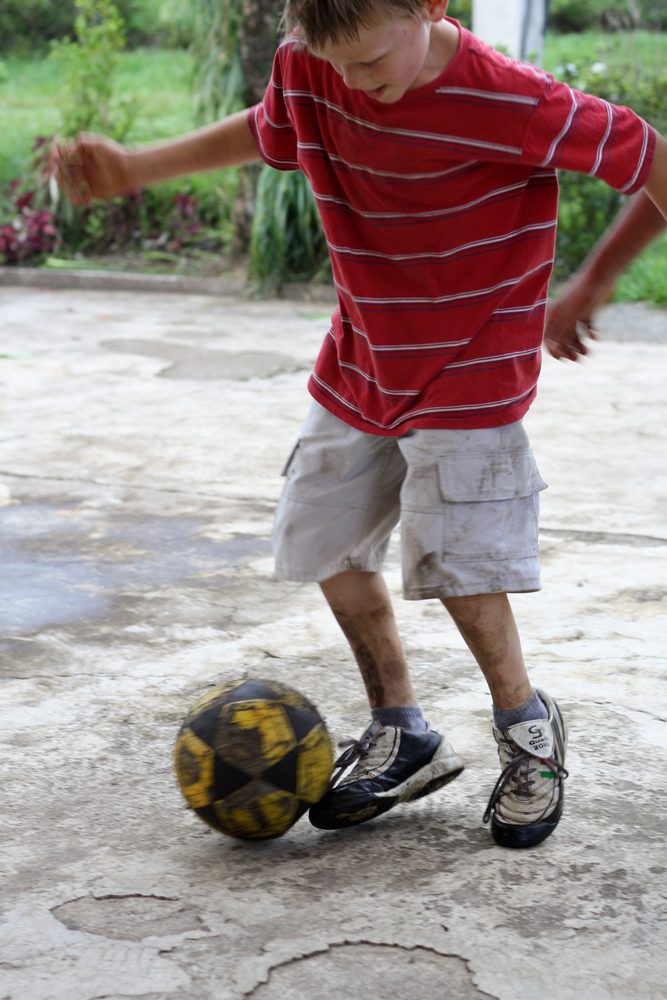 We’ve made a no-kicking-balls-in-the-house rule, but it’s like he’s under some sort of compulsion: he. can. not. stop. Out of frustration, I’ve hurled the offending balls up into the farthest, rat-turd-ridden reaches of the ceiling corners. His father has booted them out of the house. We’ve sat the kid on time out. We’ve packed the balls up. We’ve confiscated them. We’ve explained and yelled and begged and reasoned. He’s doing a little better about carrying, not kicking, the balls through the house, but not much. Sigh. 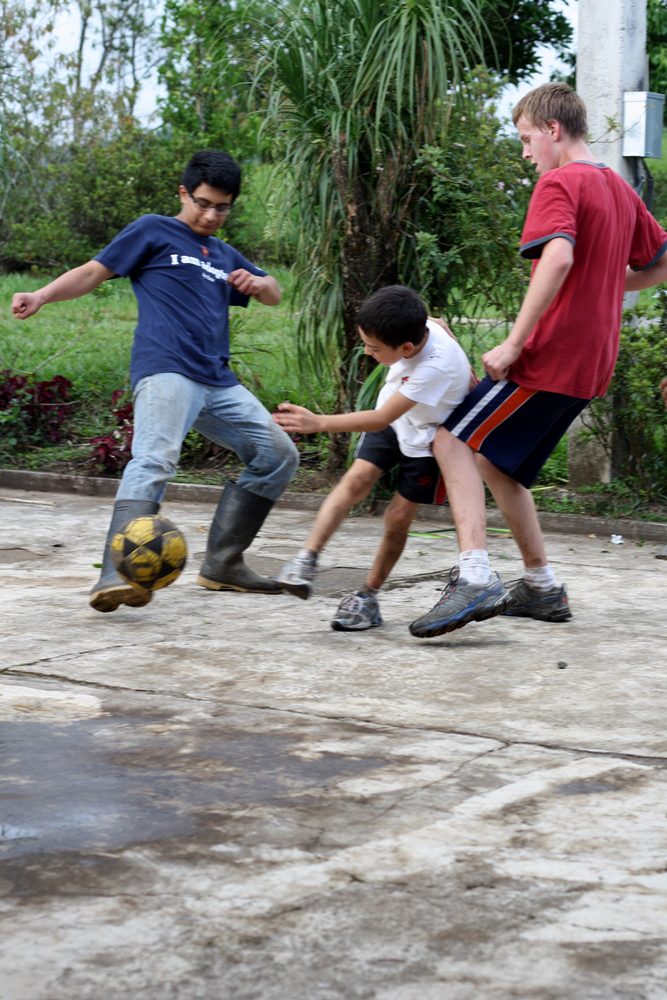 The neighbor kids have taken to playing rollicking games of soccer on our concrete patio. On the one end is a beautiful flowering bush that serves as a goal and that now looks rather beleaguered. On the other is the two-foot drop off. The playing field is small and hard, and the porch pillars get in the way, but no one seems to mind the limitations. 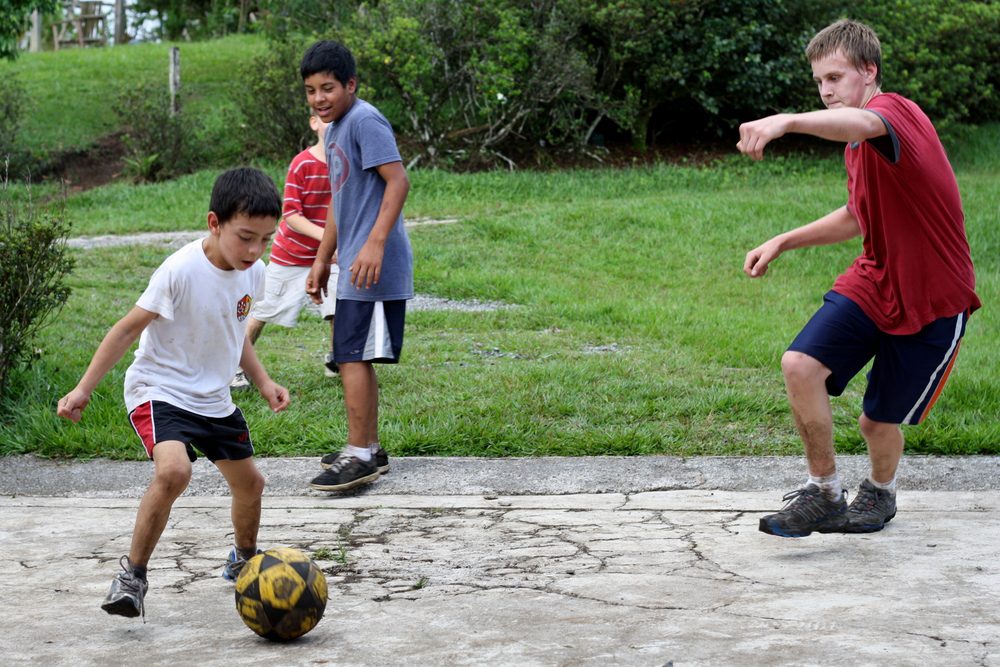 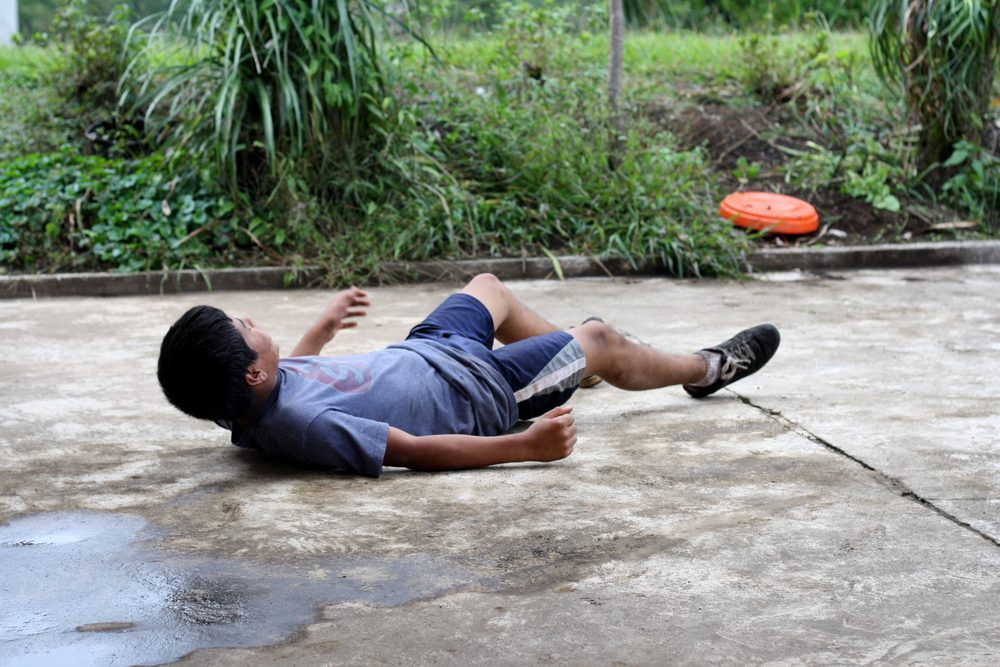 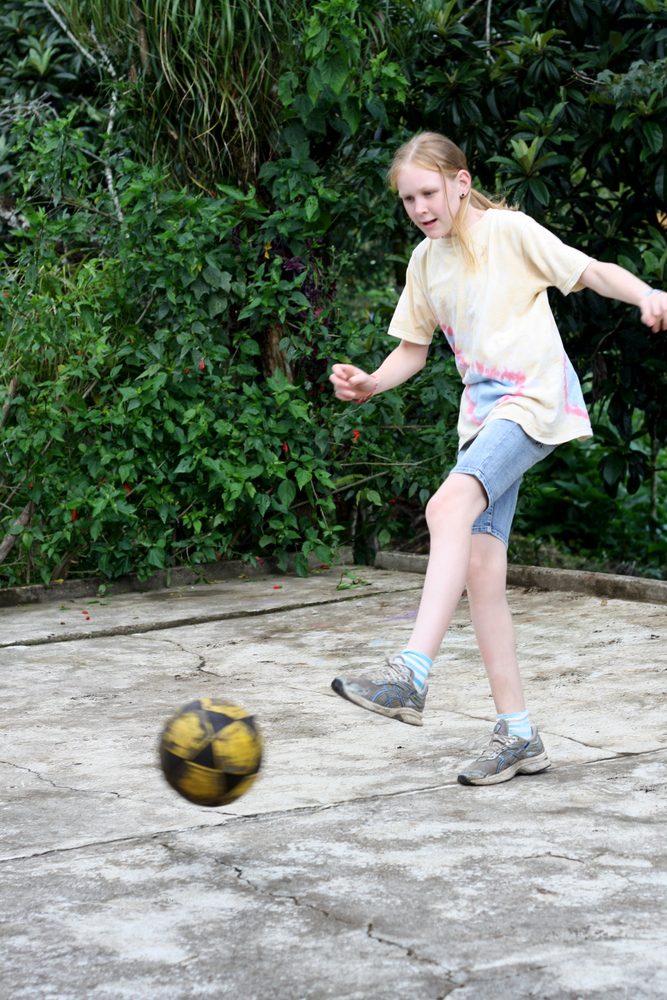 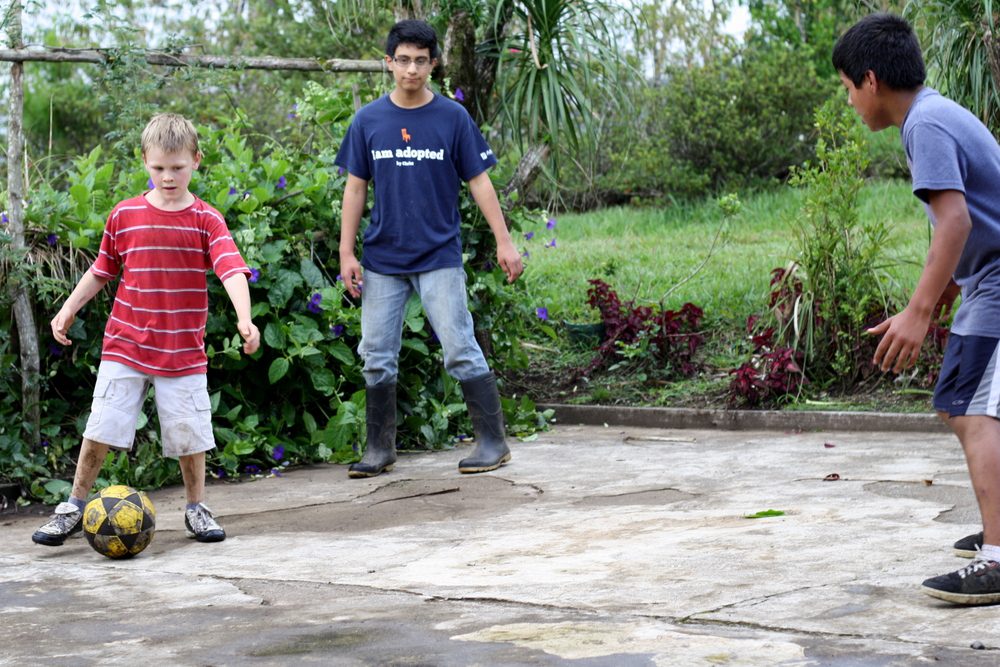 For yesterday’s game, my older son and his friend Joaquín (and later my older daughter) made up one team. The other team was comprised of my younger son and Fernando, with the oldest neighbor boy Jorge (who is brothers with Joaquín) as their goalie. 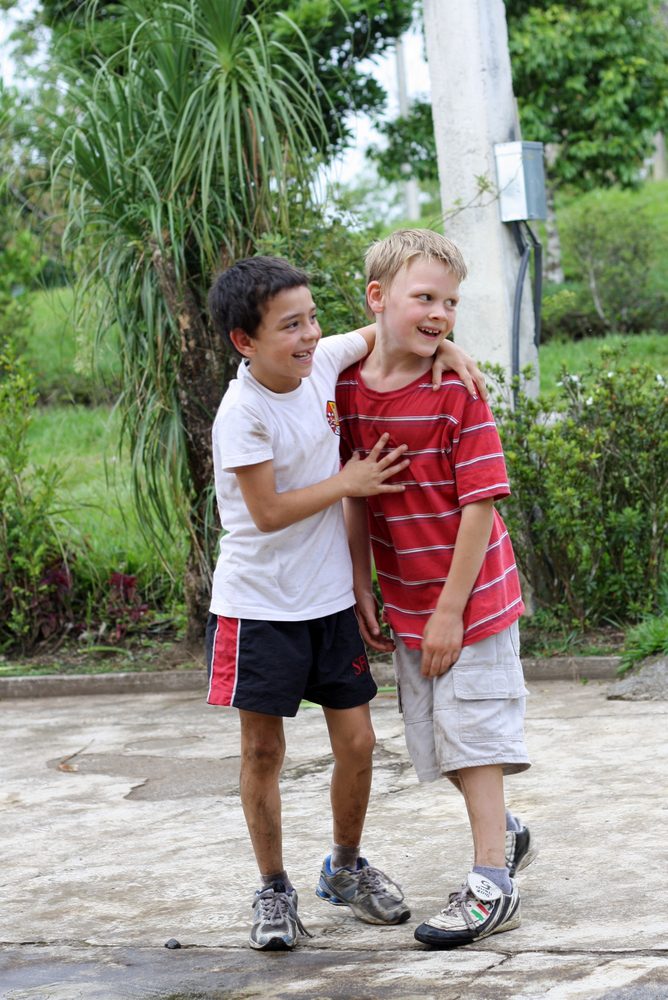 Of course, I cheered for the little boys. They held their own amazingly well. The big kids put the emphasis on power kicks while the littles thrilled in fancy footwork, passes, and team work. 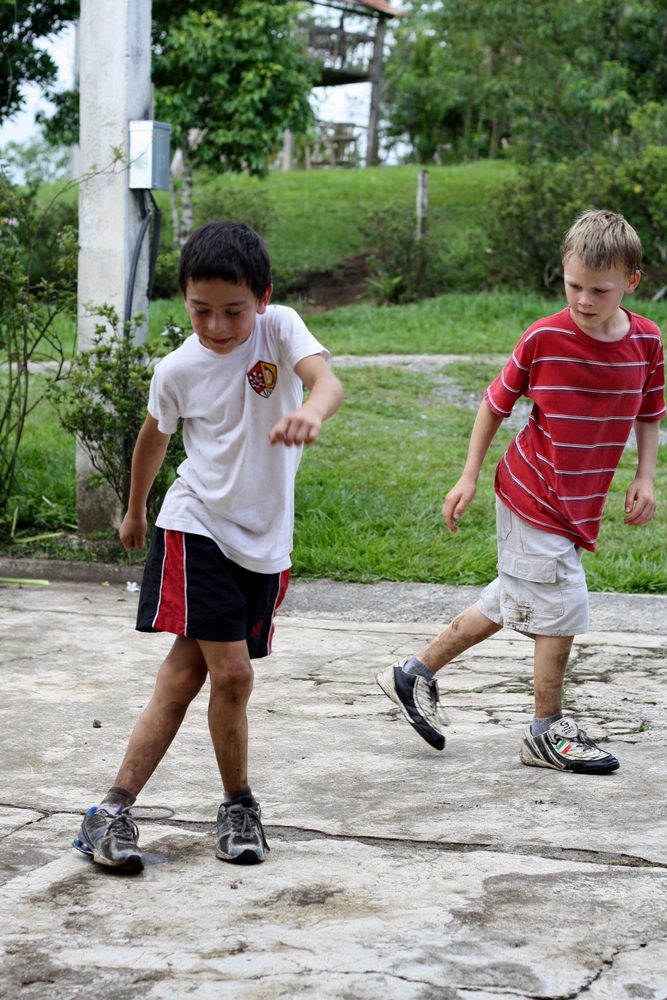 So all that stuff I said in the beginning of the post about not having athletic kids? Turns out, I may have one after all. 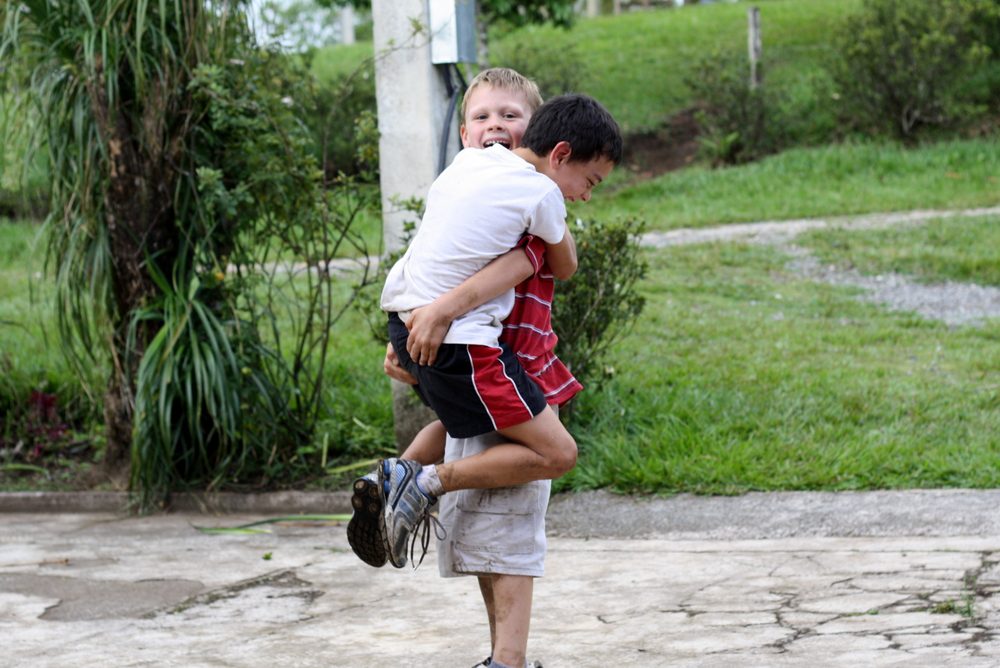 ‘Course, we could get back to the states and he might forget all about his love affair with fútbol. 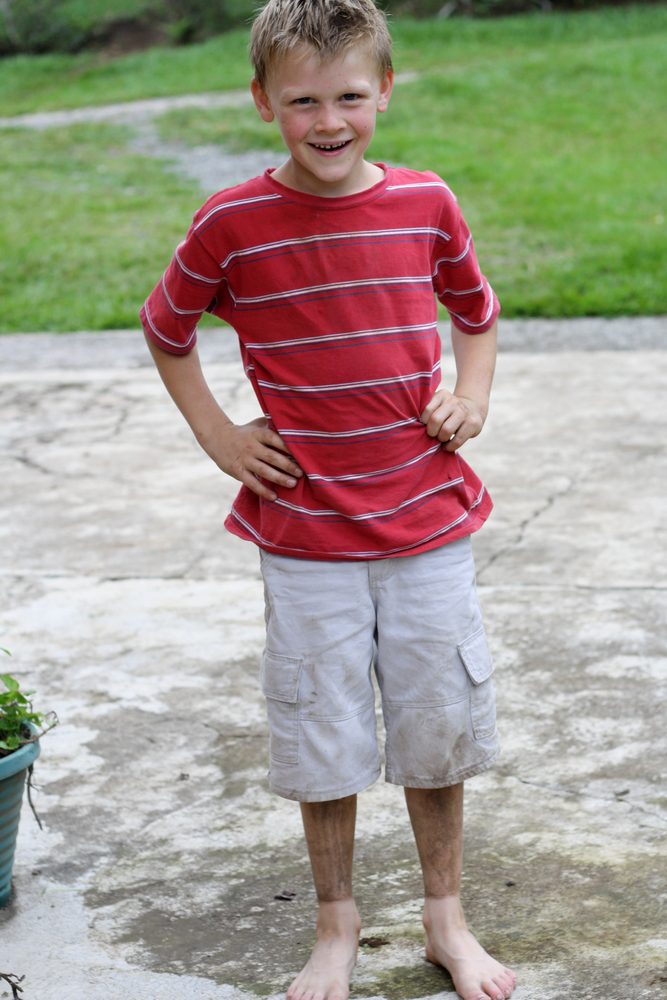 But if he doesn’t, there’s a small chance, just a teeny-tiny wee one, that I might be willing to endure those hard-as-rock bleacher benches … if it means getting to see this boy of mine have a good time.