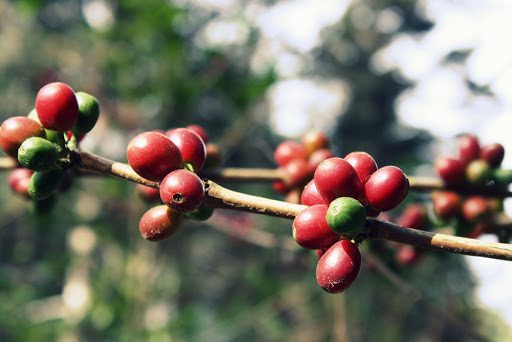 Last week we took the kids out of school early so we could tour a coffee cooperative.

A group of Canadian high schoolers were spending the week volunteering at Bezaleel, and we decided to piggy back on their touristy outing. (It’s funny, but now that we’re here, I have almost no interest in doing any sight-seeing. I just want to go about my business, working, cooking, navigating, living. The notion of traipsing around for the sole benefit of seeing things just sounds like work.) 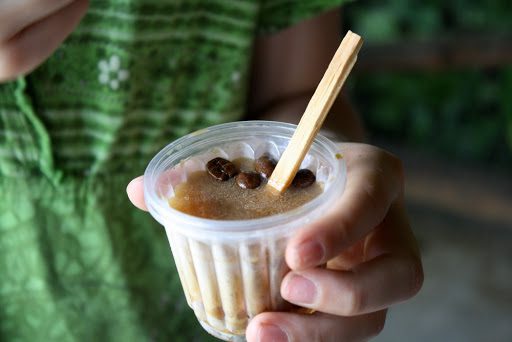 When we were in Guatemala a decade-plus ago, we toured a coffee plantation. We got to see the poor working conditions and the sheds where the workers’ families were packed in like animals. 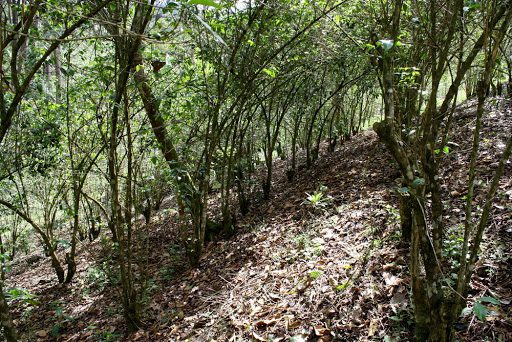 This cooperative was completely different. At least, I think it was. The feeling of the place was different. It had a gentler, kinder air about it. I like to think the workers are treated well. 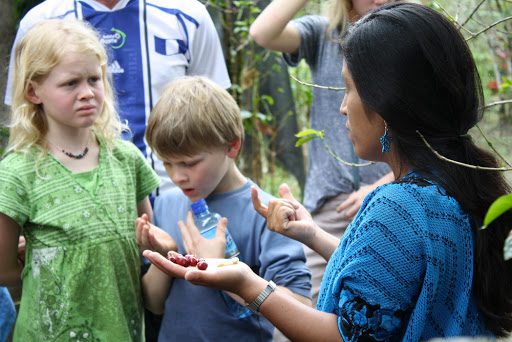 An indigenous woman gave us the tour, detailing the growing process of the coffee plants. Let’s see if I can remember the details: 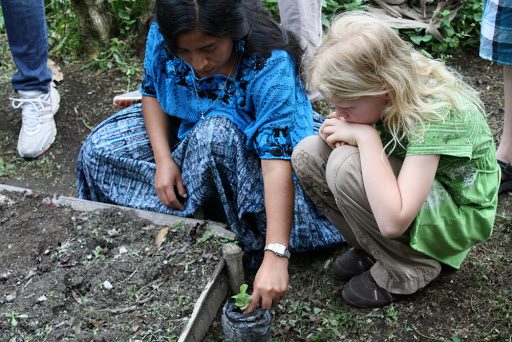 Side note: banana plants take three years from start to finish. Each plant yields one bunch of bananas. It takes about 9 months for the bananas themselves to grow. Once the bananas are ripe, the plant’s life is over. 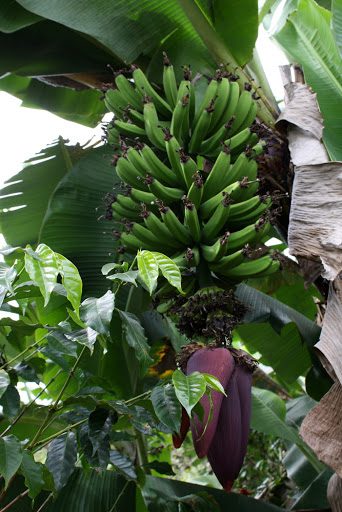 Since banana plants are everywhere, I thought they had a relatively short life cycle, like a year or so. Three years is surprisingly long. 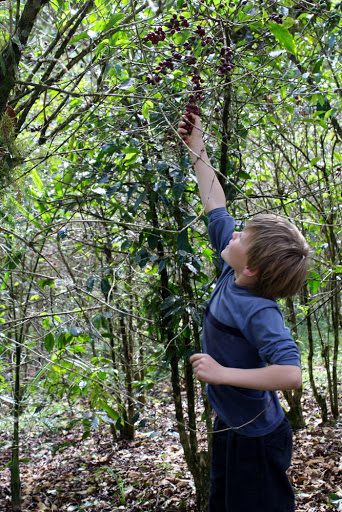 We picked beans off the trees and peeled back the fruit to get to the seeds. 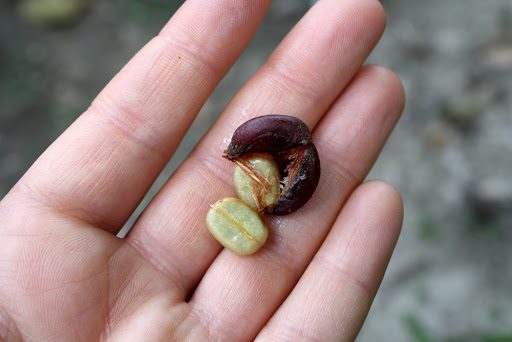 The fruit is sweet and juicy—it actually tastes a lot like green beans. 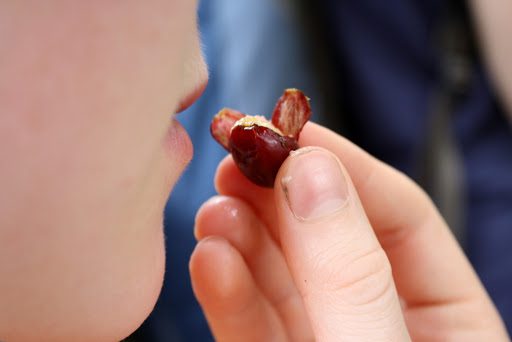 Right now a series of molds/viruses are damaging the Guatemalan coffee trees. Because of Chicoj’s altitude, they’ve only been affected by two of the six strands. Still, because they’re an organic farm, they can’t treat with chemicals and therefore have to cut down (a large number of) acres of trees and start over. They will be bringing in a big shipment of plants from Salvador, but it’s risky—they don’t know if the plants will survive in this climate. 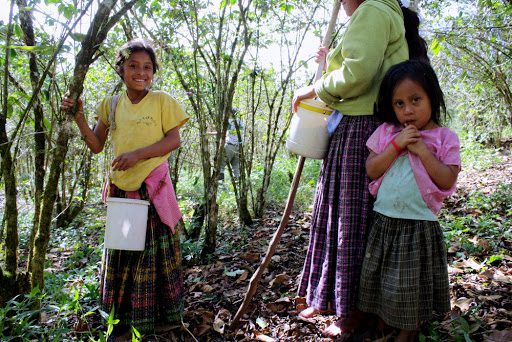 In any case, it was encouraging to see a large coffee plantation (er, cooperative—can a cooperative be a plantation?) doing things the slow, hard way because it’s healthier in the long run. The whole world isn’t going to hell in a handbasket after all! 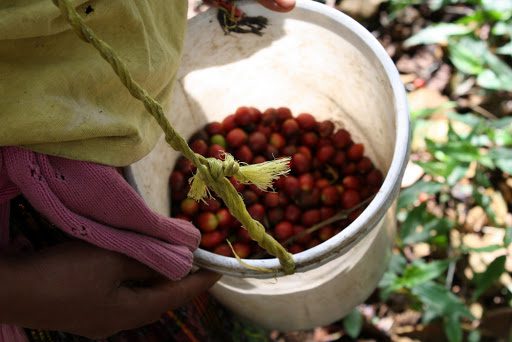 Part way through the tour, we entered a pine forest reserve. 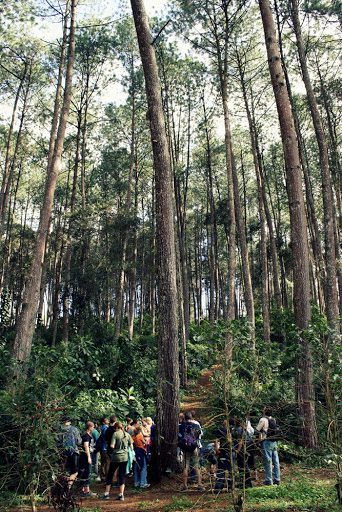 The trees grow tall, not fat, and boy, were they ever spectacularly tall! 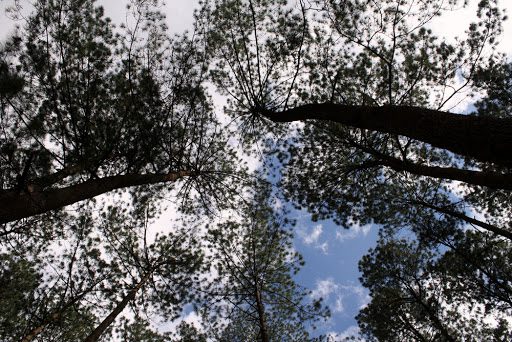 At the top of a hill in the pine forest, we came to Station One of a six station zip line. 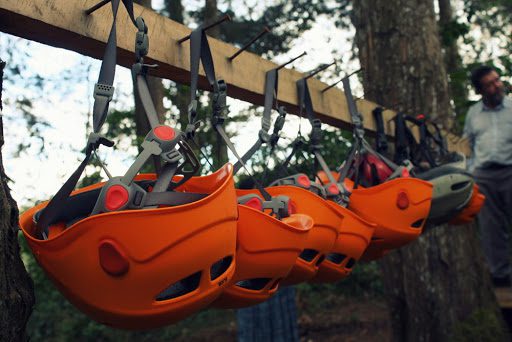 I thought some of my kids might not want to do it (if you’ll recall, they already had a negative experience with a zip line), but nope. They were all over the idea of flying through the air at high speeds towards unknown destinations. 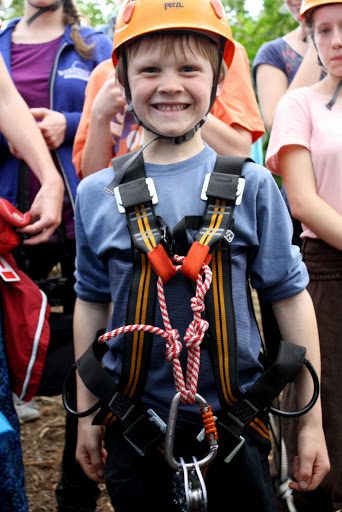 They outfitted us with harnesses, gloves, and helmets, and away we went… 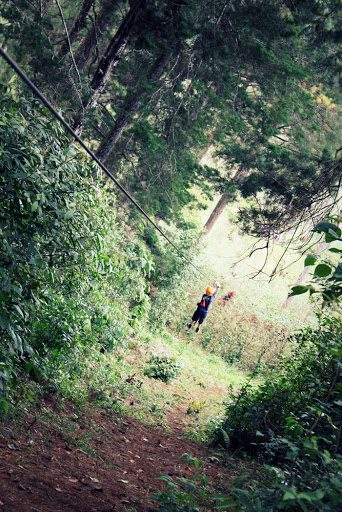 Lift your legs when you go over the coffee trees! And, Wait! Watch out for the guy crossing the path with a sack of beans on his back!

I was sore for the next four days. Apparently, braking—the fancy procedure in which you squeeze the rope hard with your gloved, right hand—involves a lot of stomach, side, underarm, and back muscles that don’t get much use on a regular basis. 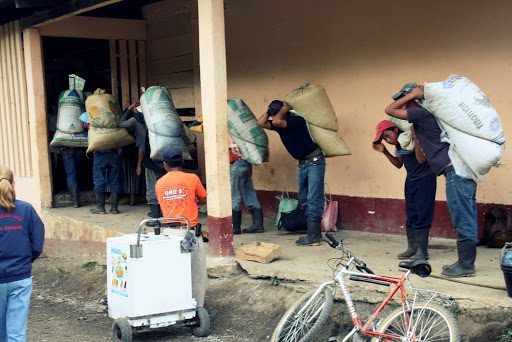 At the end of the tour, we made it to the processing plant at the same time as the workers. They were patiently standing in line, bent over from the stuffed sacks (180-200 pounds worth) of beans on their backs, waiting to weigh the day’s work. 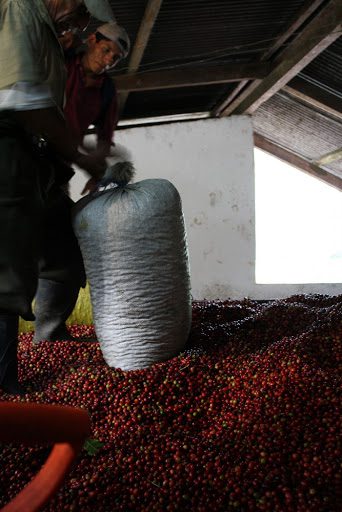 Inside the plant, they pulverize the beans to get the fruit off. 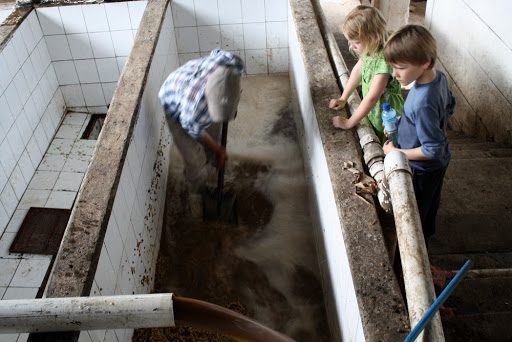 Then the seeds are fermented and repeatedly washed. 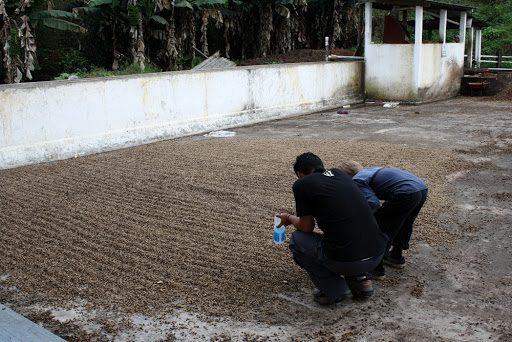 They are dried in the sun before being moved indoors to the roaster/tumbler. 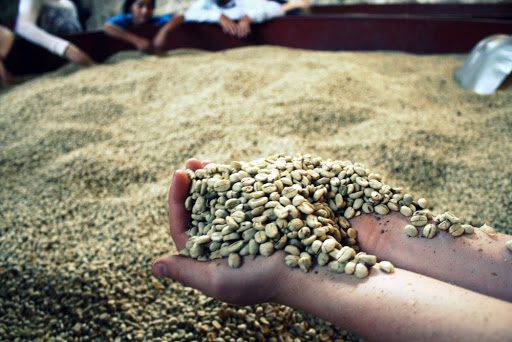 Here you can see the beans that came from the sick plants: 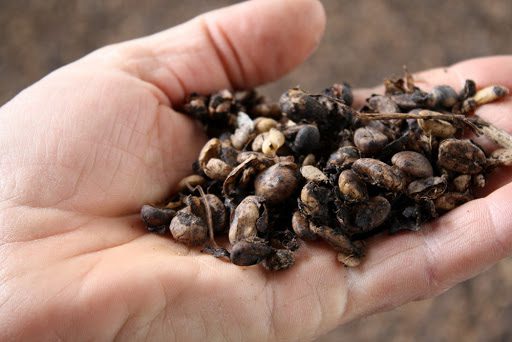 They use these beans for instant coffee and the cheap coffee that the Guatemalans drink. This coffee is ground up very finely and comes in little bags for about 12 cents each. The bags say “coffee and wheat”—I haven’t asked anyone yet, but I’m curious: do they actually mix wheat in with the coffee? 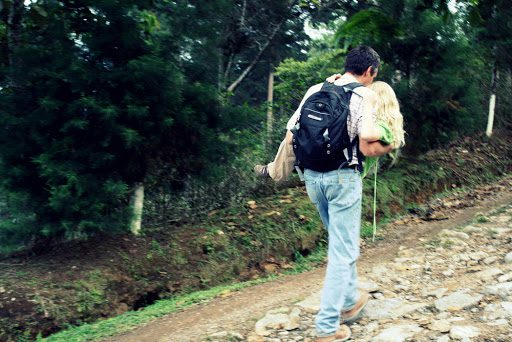 The end of the tour: too tired to walk.